Yes, Sunday 5 May is the main focus of this report and it was the day we’ve all been waiting for with months of effort, scrutiny, dedication, head-scratching and attention paid in the build-up to the climax of…Line of Duty…or, I mean, Belfast City Marathon!

Yes, coming hot on the heels of superb club performances in last week’s Virgin London Marathon the home-birds were now set the challenge of not ‘floating up the Lagan in a bubble’ by emulating their clubmates in the 38th Belfast City Marathon and the first to be held on a Sunday.

The course was by no means flat but was certainly changed and after starting from Stormont in ideal conditions, it made sure that we graced North, East, South and West Belfast with plenty of support and goodies along the way. After we came back into town, the Big Fish really did mean we were all at sea and no turning back before keeping it together to get on to the Towpath and make it up THAT Ormeau Road hill before a downhill swoop into and then through Ormeau Park and towards the finish line in the Ozone via the Embankment.

There were a total of 30 well-prepared athletes who took on the 26.2 mile challenge in the line of duty for Orangegrove Athletics Club and, ahem, the long and short of it is…that they were all a credit to themselves and their club with PBs galore, brilliant times, first times (or 2 in a week!), improvement or just sheer grit and determination!

As you are aware a Marathon can be a daunting challenge and is always a great achievement. Indeed, some of the best marathon advice I ever received was to ‘never under-estimate a marathon’ and to ‘respect the marathon distance’ but…never did I think that this Belfast marathon would be officially over-estimated and/or so publicly disrespected!!

Despite initial post-race confusion and delay, an apology was made and the official finish times were adjusted to compensate for the extra distance covered on the day (new club record for so many OG Ultra-Marathon finishes…?!).

Runners can be a fickle bunch and precious about their times so I would like to regain some context and on behalf of the Club thank, and not overlook, the wonderful volunteers and supporters on the day and we were ultimately just glad to all be in a position of health to have conquered whatever challenge was thrown at us on the day. Here is how they all, impressively, got on:

Special thanks go to Jacqui Maxwell and Stuart Kennedy for the personalised marathon plans, coaching, advice and support and to the Club Captains, Heather and Chris, Chairman Robin and Committee.

The Club and its runners really excelled and even on the day itself the difficult and stressful preparations, participation and recovery were all eased and aided by this extraordinary Club by either pre-race housing and toilet-furnishing, bag transport, on-course support, gazebos, seats, photography, a plethora of refreshments and even a massage! I actually thought my hallucinations had kicked in early when I seen the same supporters a multitude of times around the course!

Thanks also extended to the various Churches on the day who got on board with their support and to the other pillars of society, Sharon and Brian McFarland, who sleekly organised and very enjoyable after-party in Stokers Halt.

Believe it or not, the Belfast City Marathon wasn’t the only Club event this week:

Wednesday seen the start of the Ulster Schools Athletics competitions…. with Orangegrove Juniors competing out of their club colours …and in their Schools athletics vests. District A & District B for Inters and seniors (4th to upper 6th year) were first up. For anyone that doesn’t know…these district competitions are the qualifiers for the Ulster Schools finals…and then the All-Ireland finals in June.

As usual the Orangegrove juniors excelled in these hotly contested events…and for the first time ever we took 1st, 2nd, 3rd & 4th place in 2 events…! Quite a talking point on the day!
The first of many medals of the day went to Anna McKinty. A silver medal in hurdles…!! Anna is a bit of a rising star in Northern Ireland’s Triple Jump field…and she did not disappoint…with a Gold medal this time! Her first jump smashed the District record and put her well into the lead…not happy with that…her 2nd jump broke the record she just set…! Amazing… 🌟🌟🌟. I can’t wait to see what Anna will do at Ulsters and Ireland’s this year.

The next medal of the day went to Joseph McNaughten…who took on the dreaded 400m…bringing home a fantastic Silver Medal ..! Well done Joe… 🌟🌟

Reegan was next up in a very competitive 100m sprint ….with against the 2 fastest U17’s in Ireland! Fantastic effort…. 🌟🌟
Mia Montgomery was also flying for the flag for the girls field events…competing in the shot put. Also very competitive field. Unfortunately no medal….and we are currently still waiting for the results of placings to come through.

Luke Harte … competing for district B in Antrim also brought home a 3rd place and bronze medal in 3000m inter boys a year young in this age group. Fantastic result and his 1st qualification for Ulster Championships (time to be confirmed).
Next up was the intermediate boys 100m…we had a total of 5 athletes competing in this event. Tom Houston, Adam Sykes, Aaron McCord, Nathan Stewart, Rory Carson. Unfortunately, this time Tom didn’t make it out of the heats…even though he ran a fantastic race.

The final seen Adam, Aaron, Rory, Nathan on the start line competing for the 3 places going through to the Ulsters. This is the point where their coach Gillian felt like hiding behind the stand until it was all over. What a race…! Adam Syke took the win and gold medal in 11.06! Followed by Nathan then Arron then Rory…! Top 4 Orangegrove boys across the line…Adam, Nathan and Aaron home with medals and places at the Ulster Championships.

Next up was the Inter Boys 200m….and would you believe it…? All 4 boys were the top 4 boys from the heats in this race 2…! This race was incredibly close….and Gold could have gone to any of them….but Adam again with a fantastic lean at the line took gold….and Nathan Silver..! This time it was Rory in bronze and Aaron in 4th..! Great result as all 4 boys are through in either the 100 or 200m at Ulsters..!

Last race of the day for the Orangegrove crew was 4x100m relays… this time on the line we seen 5 of the Orangegrove boys on the line…4 for Grosvenor Grammar…and 1 in Sullivan Upper. For the 4th year in a row the Grosvenor/Orangegrove Boys Lewis, Nathan, Joe & Adam took home gold…smashing the District record and securing their place in the Ulster Championships. Next team in and, also qualifying, were Sullivan with Rory running the final leg…!

What a day…!
7 Gold medals
4 silver medals
3 bronze medals
And a bit of sunburn on what turned into a glorious day.
Well done Orangegrove juniors…you never fail to impress us.

Saturday saw six OAC’ers make an early start to travel to Dublin with one even travelling on the ferry overnight from Holyhead to take part in and support the first race up in the Irish Runner 3 race series an undulating 5k set in the beautiful surroundings of Phoenix park.

With Alan’s car filled with enthusiastic runners, supporter and picnic we swiftly arrived for registration in a sunny but chilly Phoenix park… The chilliness had totally disappeared as the race started and the race was ran in perfect conditions even though there were a few hill climbs to test the legs ahead but these were easily negotiated with the thoughts of a Carlsberg picnic awaiting us… Good runs by everyone in a very well organised and enjoyable event. Dublin’s Fair City crew were:

Well done Michael on your 250th Parkrun and for the huge cake! Also celebrating in style was Jessica Skillen with a tasty PB of 27:28.

It was VICTORIA PARKRUN’S 8TH BIRTHDAY on Saturday and…to celebrate…the fantastic Luke Harte achieved a PB with 17:03 and 2nd place whilst Senior Captain, Chris Woods, after having just attained a PB at London Marathon the Sunday before, also copped a 5k PB with 19:10! Great running.
Elaine Weston got in on the PB act at Orangefield Parkrun with 26:48. The consolidated club Parkrun page can be found here: https://www.parkrun.com/ 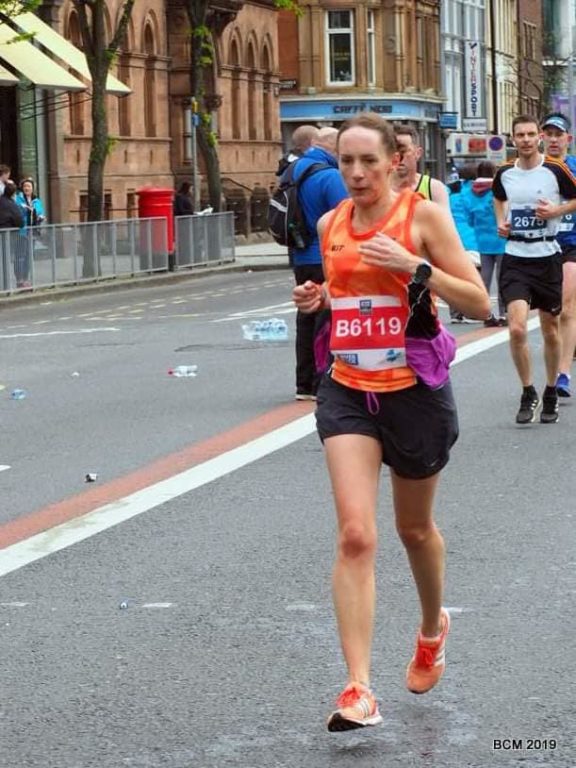 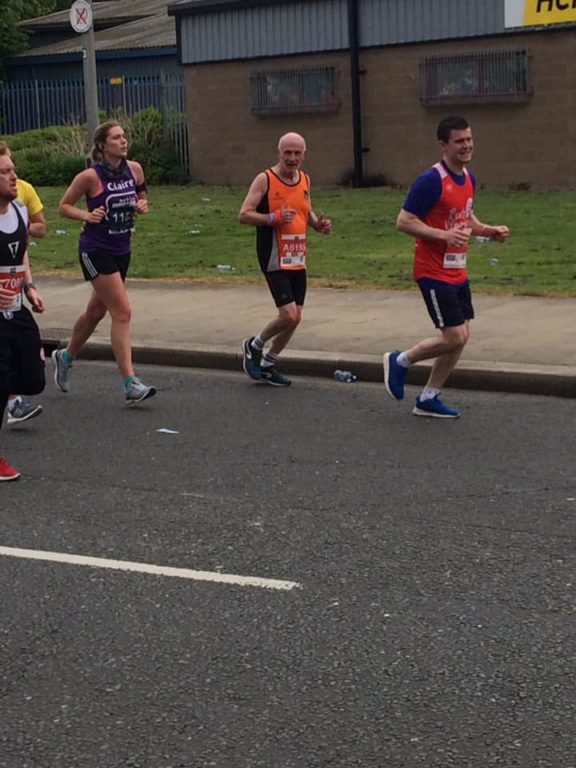 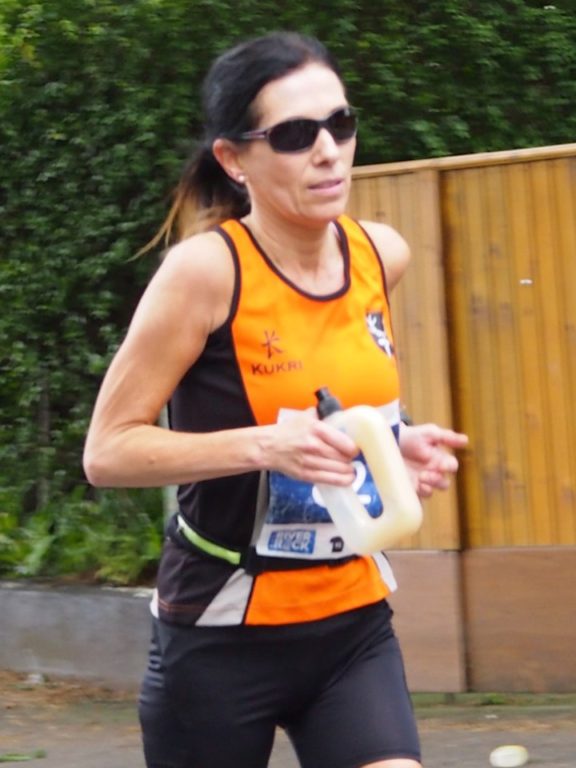 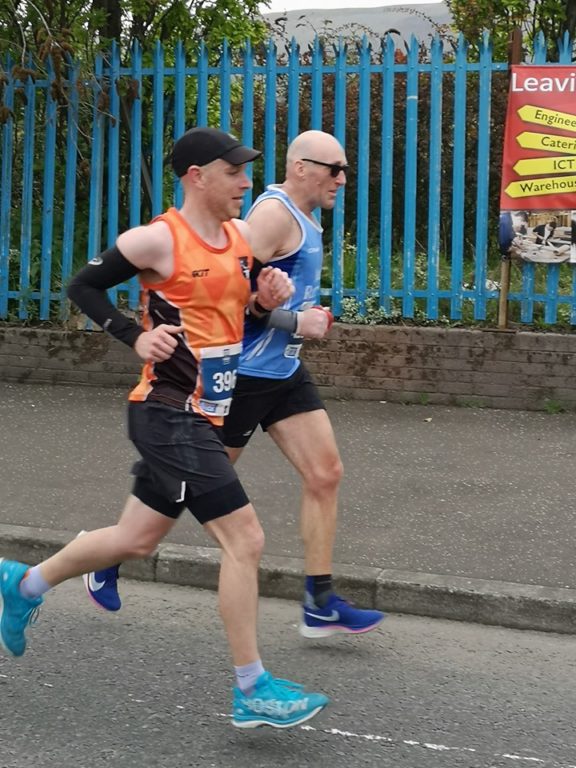 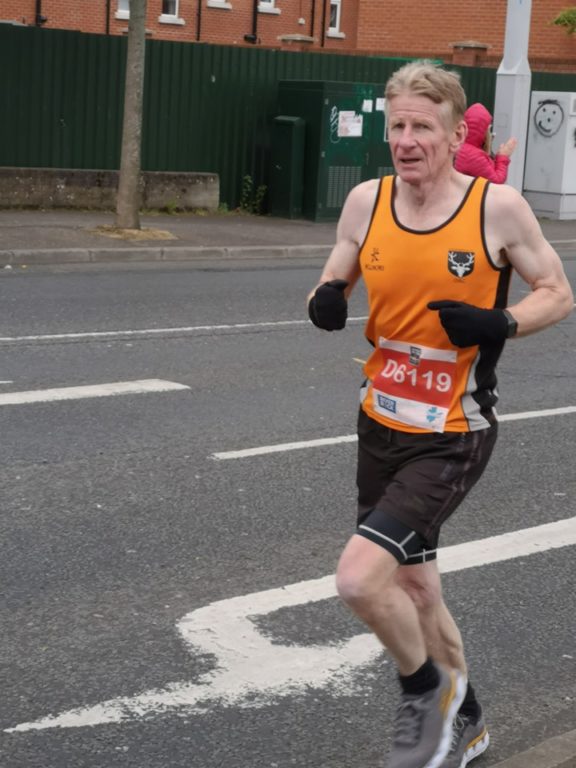 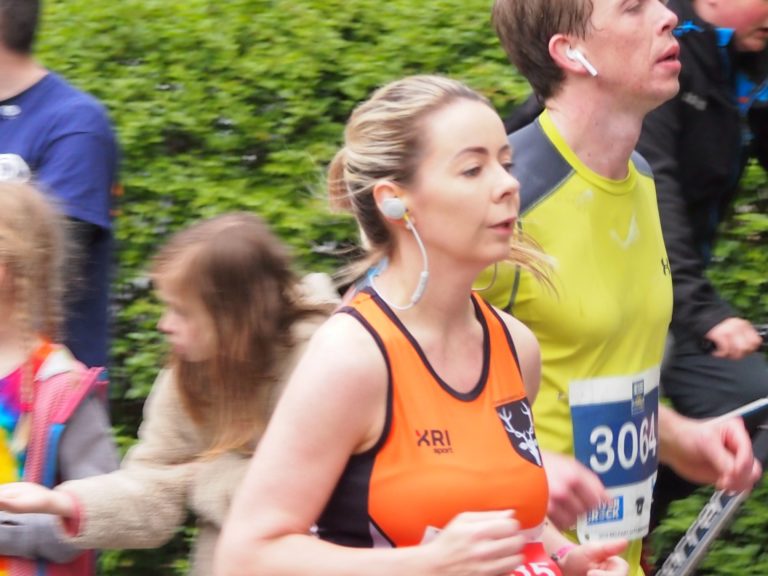 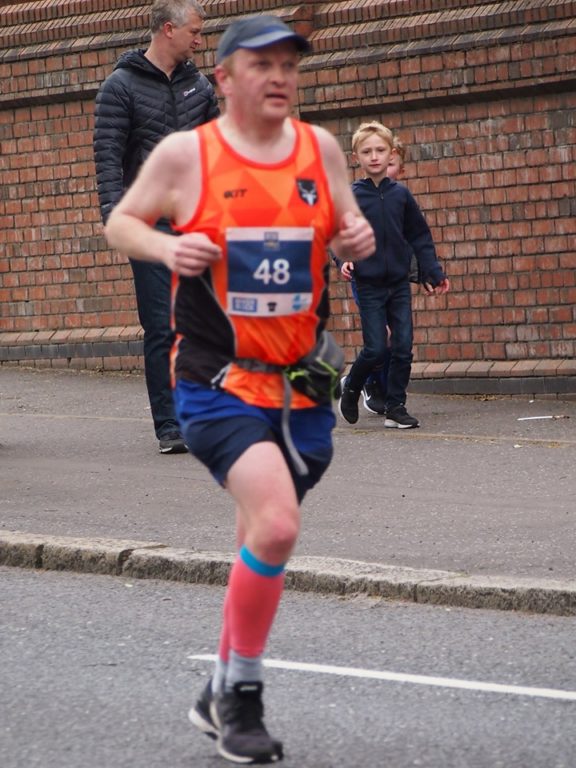 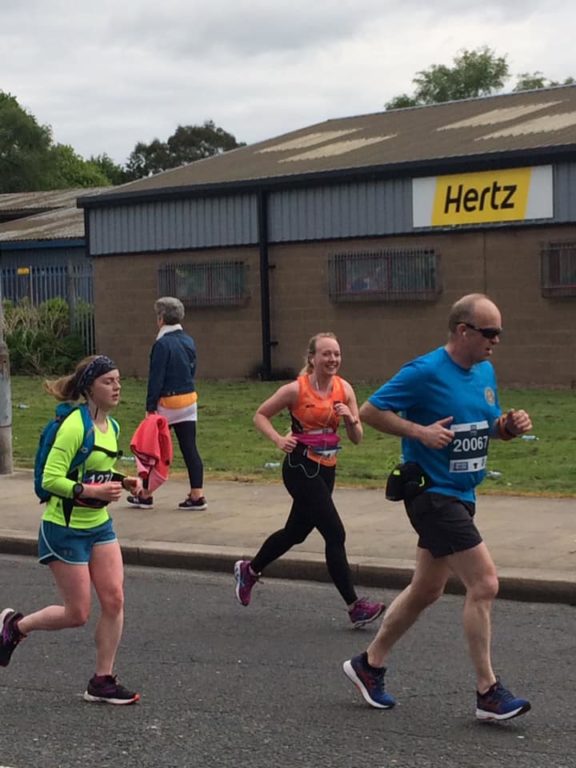 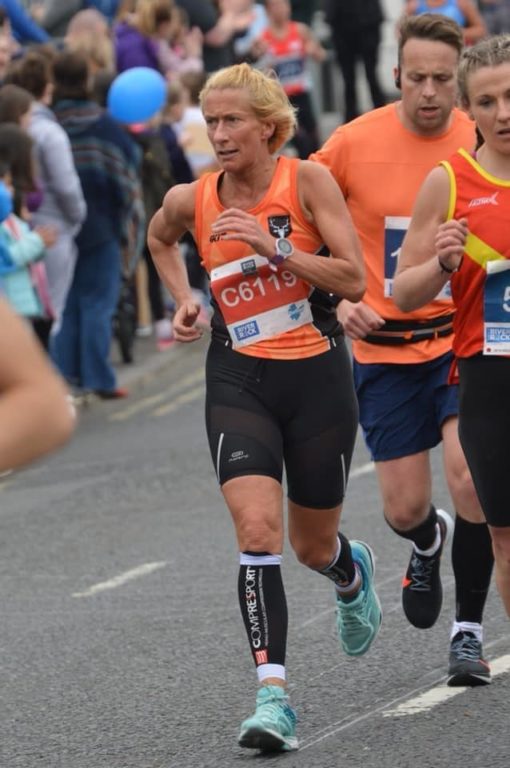 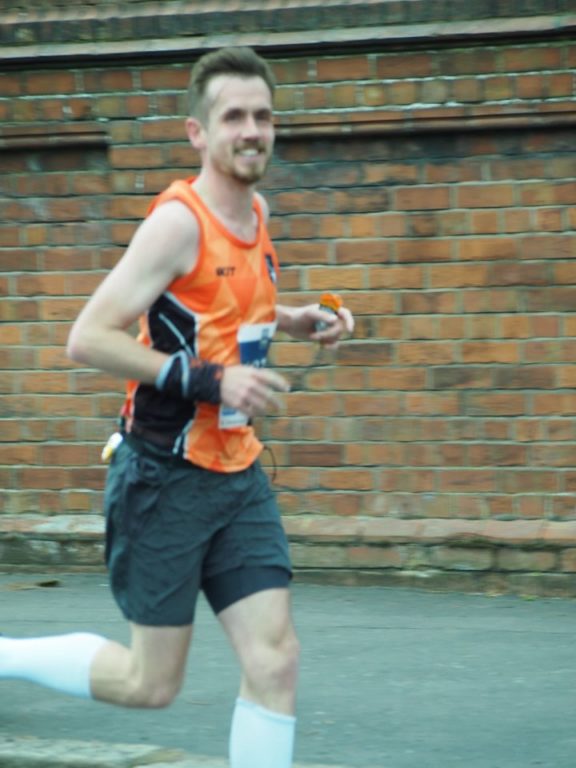 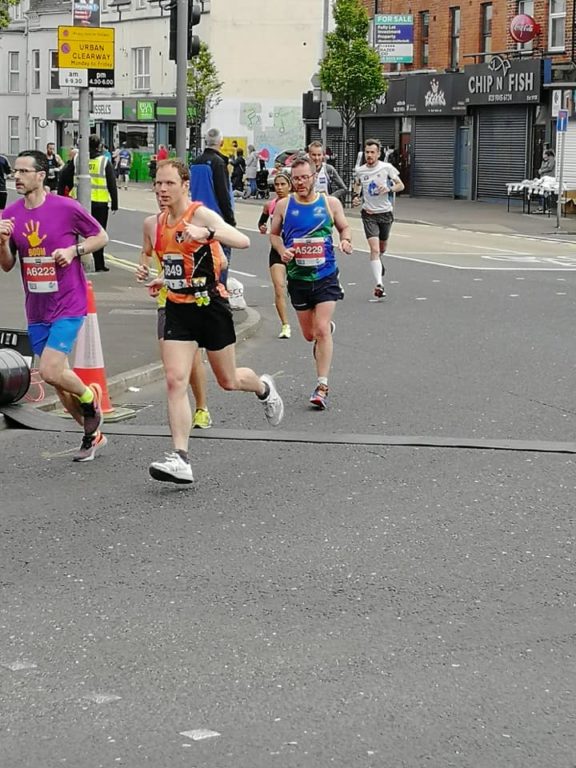 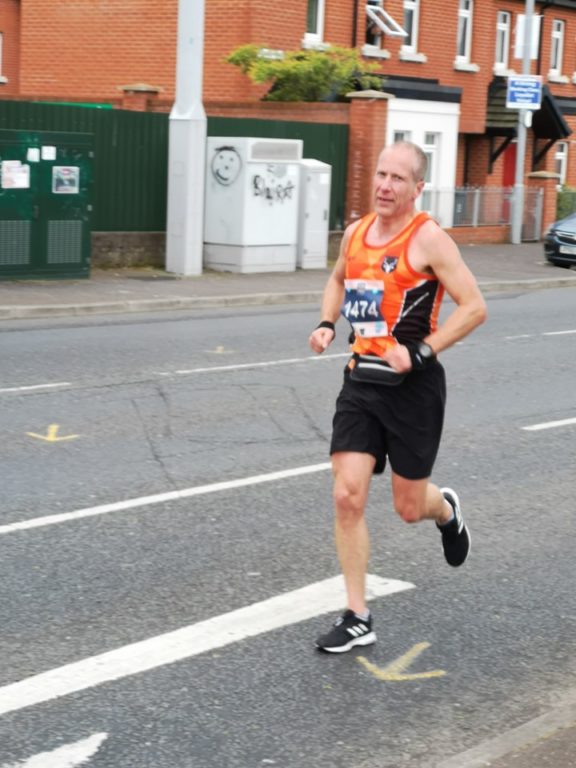 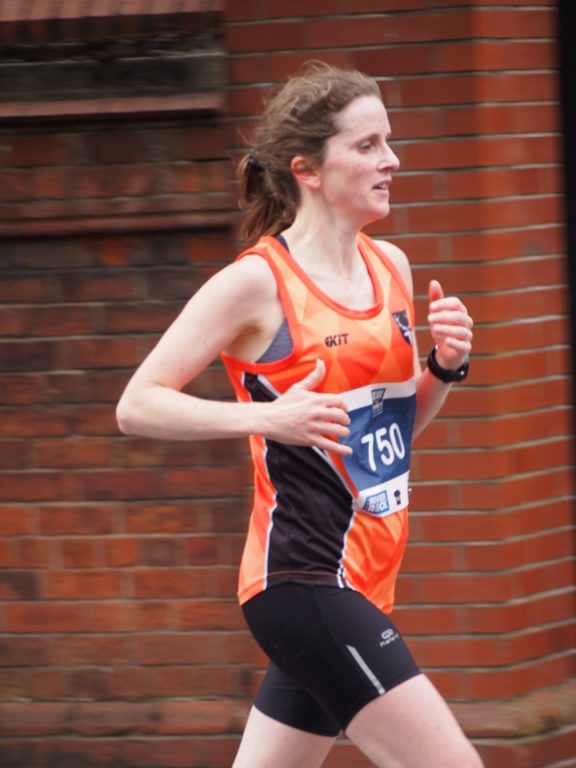 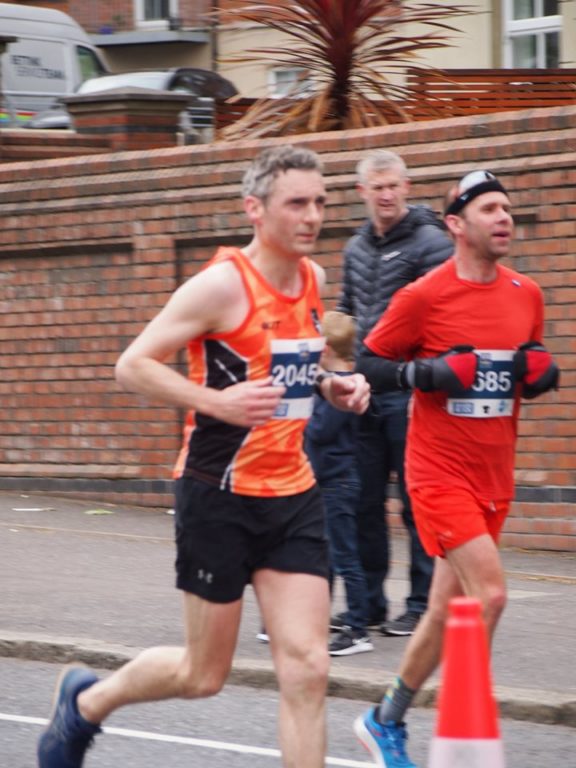 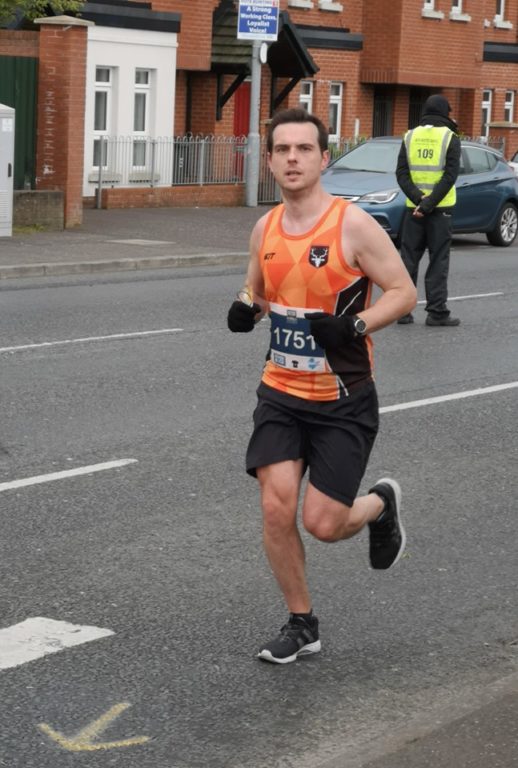 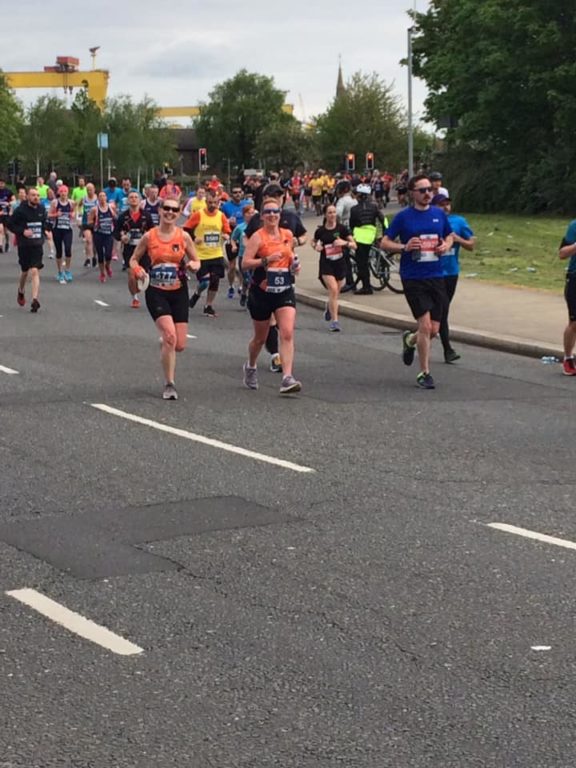 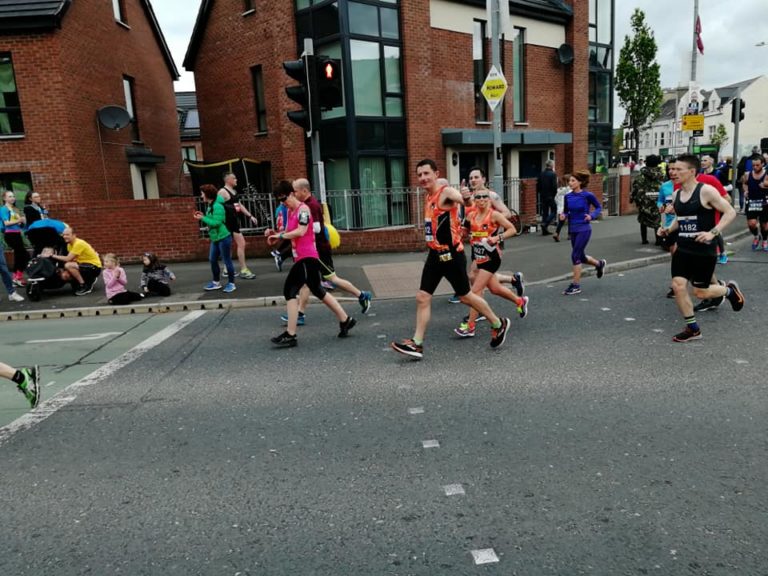 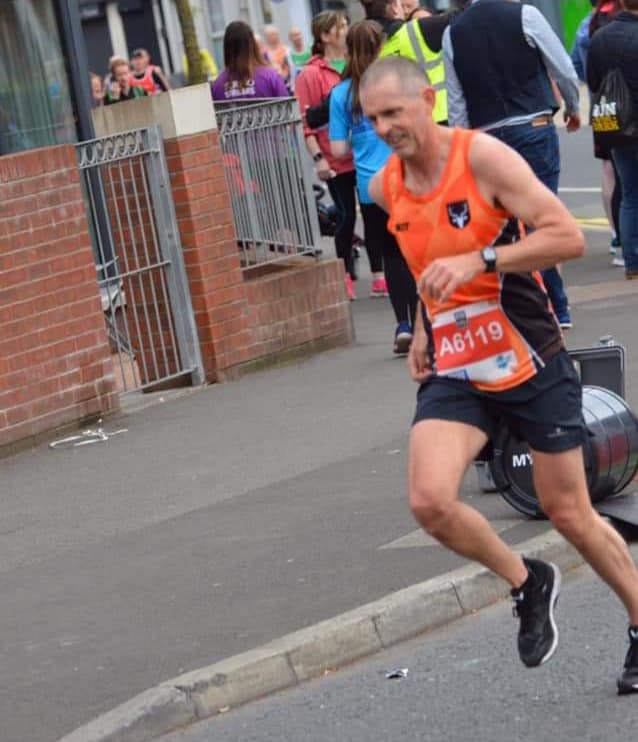 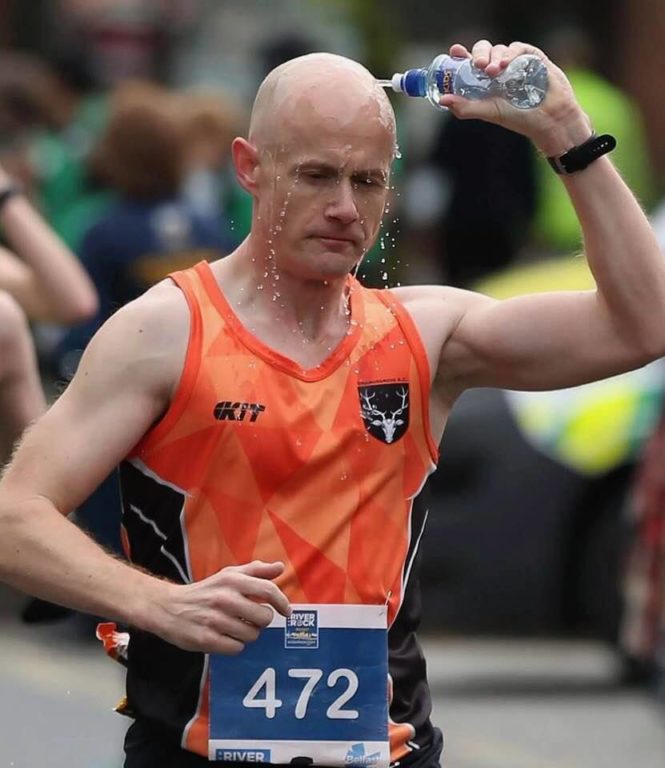 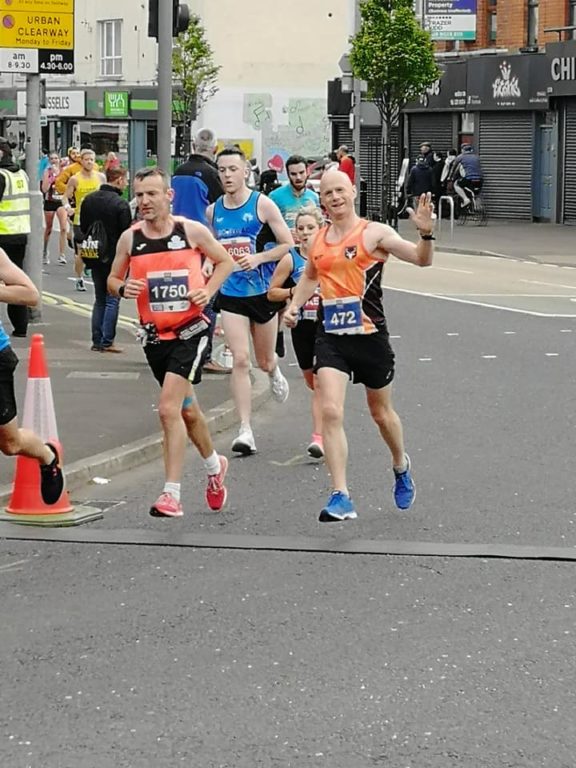 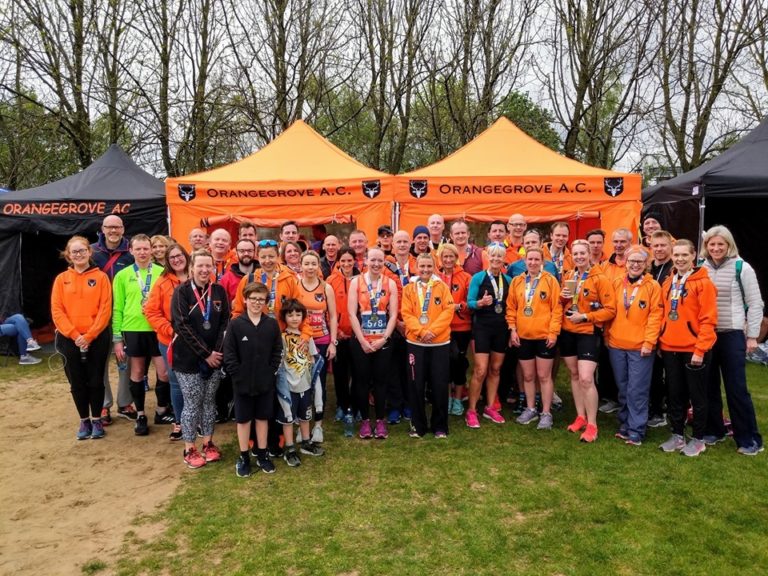