This week saw the biggest event in the Orangegrove calendar as the club hosted the annual NI Relay championships. These were held on a Sunday this year with record numbers attending. Once again the members of Orangegrove put together a memorable event and thanks to all those who were involved in any way from organising to marshalling to catering. There was home representation in all of the senior races.

The Senior Ladies team of Edwina Ternan, Lyndsey Tyro and Jemma Smyth finished a fantastic 10th out of 30 with East Down AC A team taking the spoils.

The Masters Ladies team of Julie McKimm, Pauline Bayliss and Heather Flint finished an excellent 11th out of 48 with North Belfast Harriers taking he top place on the podium.

The Senior Mens team of Gavin McGucken, Michael Broadhead, David Carberry and Danny Bradley were 20th out of 30 teams in a high quality race where North Belfast Harriers claimed victory and a new course record.

The Masters Mens team of Stephen Orr, Ross Robinson, Keith Weir and Jonny Weston finished in 18th place in a field of 52 teams. Once again North Belfast Harriers were victorious with another course record.

There was representation in the juniors with 11th place finishes for Luke Harte in the U17 Boys and Robert Hill in the Under 15 boys. Elijah B and Elijah S ran strongly in the Under 13 Boys race and there were creditable runs from Isaac (3:02) and Esther (3:03) in the Primary School Races.

Cardiff half marathon done & dusted. The second largest half marathon in the UK apparently (behind the Great North Run) & my first ‘big city race’.

Lots of personal learning points – how to prepare in a hotel room & how to kill 45 mins standing around in your pre-race ‘holding pen’ spring to mind.

The atmosphere around the city was amazing, with noisy support right along the 13.1 miles. In certain parts, the crowds seemed to be 10 deep. Being tracked by a BBC camera man on back of a motorbike up beside Roath Park also added to the experience (is my head up?, how’s my form?, am I drooling or anything?). Hopefully that will be on the cutting room floor.

The course itself wasn’t as flat as I thought it would be. Fairly flat first couple of miles, followed by a sharpish drop down to Cardiff Bay, then a steady climb from about mile 4 onwards to the finish, with a real killer of a hill at mile 12 (beside Cardiff cemetery funnily enough). The weather was unexpectedly very warm & quite a few people were talking about sunburn afterwards. Definitely not a day to miss one of the water stops, which were positioned at each 5k marker. That, along with the steady climb, ensured a tough second half ensued. At least the troublesome quad muscle held out though, which had been a concern over the past couple of weeks.

Finishing time of 1:49:31was outside what I had been hoping for, but the experience surpassed any pace or timing angst. Of course, given the tragic news we learned when we got back to the hotel, times don’t really matter.

Overall, a great experience & a race I would recommend for anyone to consider if they get the opportunity in the future.

Runners leave the racecourse and head into the City centre passing the Town Hall, Cathedral, split level Middle Ages “Rows”, Eastgate Clock, Amphitheatre and through the Roman Walls before heading out of the City across the Old Dee Bridge.

The route then leaves Chester past the Duke of Westminster’s estate, through Pulford, before crossing the border into Wales and the villages of Lavister and Rossett.

Keeping to the rural lanes runners complete a small loop before entering the historic village of Holt. Then crossing the ancient Roman bridge at Farndon to return to England and the home stretch running through Churton, Aldford and Huntington.

On re-entering the City, runners pass the River Dee along the Groves and Castle Drive before a triumphant finish at the racecourse!

The route is largely flat with some short hills or gradual climbs which are predominantly in the second half of the course. 70% of runners achieved a personal best marathon time.

Dave Gribben donned his orange vest to complete the course in 3:41:17.

ON THE RUN FROM THE CRUM (Report by Michael O’Donoghue)

On the Run From The Crum is the first race of its type in Ireland, but it was inspired by an event in England, Escape From Meridan. It consisted of an “escape” from Crumlin Road jail followed by a race where you need to run as far as you can, as the crow flies, in 24 hours. You choose your own route, and the trackers that everyone carries determines the distance you’ve run. There were over 40 runners doing the race, with some running solo and some as teams. For this race I’d spent months working out the exact route and assembling a support team. The choice of route was crucial as you want a route that’s as straight and as flat as possible, accessible for support cars and with shops that are open late for supplies. At 9.30am we started the race, did a lap of the exercise yard and headed out into Belfast city centre. I headed straight towards the Lisburn Road to Lisburn, but I could see on the map already that there was quite a scattering of runners with some heading North and some going through West Belfast to get to Lisburn. Others went the most obvious route towards Dublin. I continued to Moira, Lurgan and Armagh and it started to rain quite heavily, and it didn’t really stop for 12 hours. Thankfully waterproofs were a requirement for this race and I made it to Monaghan for the main break in the race. By this point a number had dropped out either due to getting lost or being affected by the weather. I continued going straight to Clones and Belturbet, running through the night. Once daylight came I was in Belturbet and branched off onto the backroads passing Milltown in Cavan and on the road to Killashandra. At 9.30am on the Sunday I’d run well over 80 miles, and was counted as having run 73.23 miles as the crow flies. Other runners who’d chosen very similar routes to me did well. First place was Michael Regan (89.31), 2nd was Kieran Lappin (83.5) and first team was Jill McCann/Finn O’Mara (83.28) First solo lady was Frankey McGivern (64.95)

Furthest travelled this week were Kimberly Reynolds and Alison Canning who made it to Las Aniolowski parkrun in Poland. Gemma Blake also was a tourist in Portobello, Edinburgh whilst Marcia Sharkey travelled north to Letterkenny. Paul Woodman was a first timer at Stranmillis as was Keith Weir at Waterworks. Keith was also first finisher! Danny Bradley ran his first parkrun at Carrickfergus and finished 2nd. Lisa Nevin ran a new PB at Victoria Park and Jason Lanyon ran his 200th parkrun there too.

A consolidated club report can be found via the link below: https://www.parkrun.com/results/consolidatedclub/?clubNum=17953&fbclid=IwAR09IqL7rGFUJvSnu1MTUaoWShUwyL0-5-CH3dKyUCikzT0p32Z_tgfuT1E 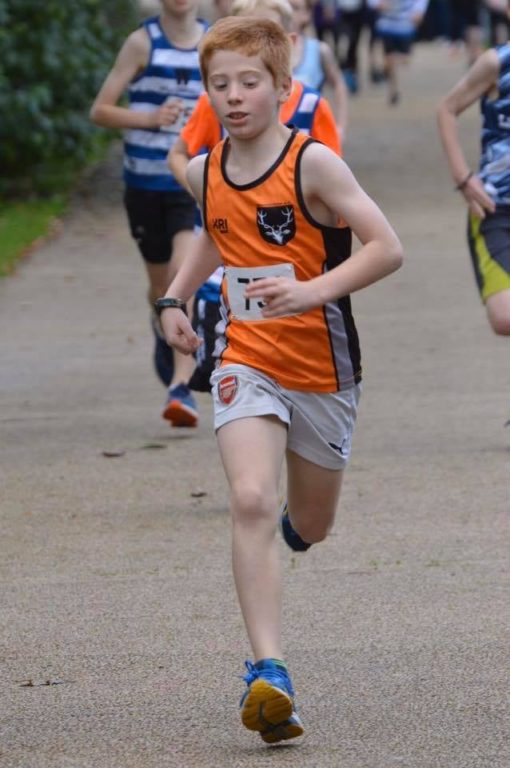 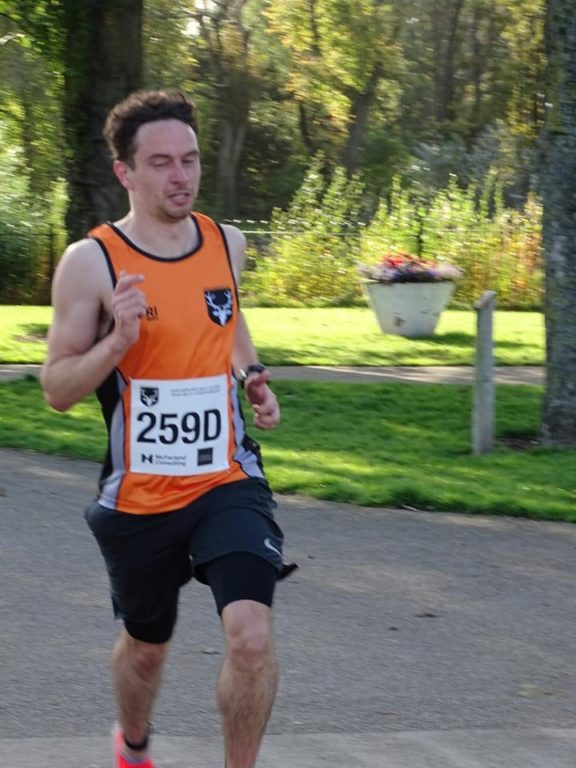 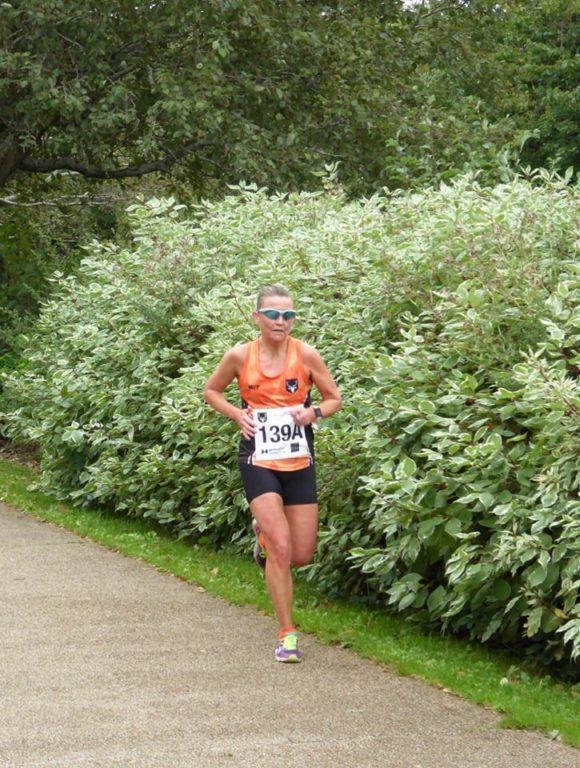 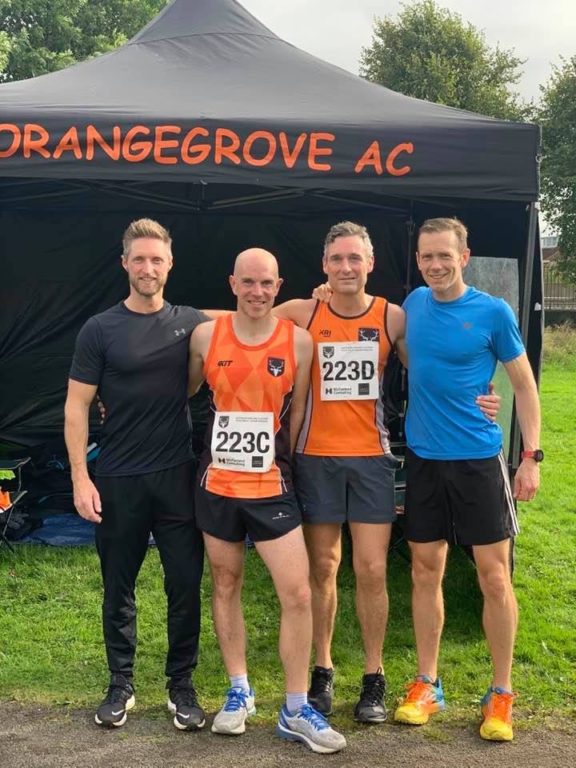 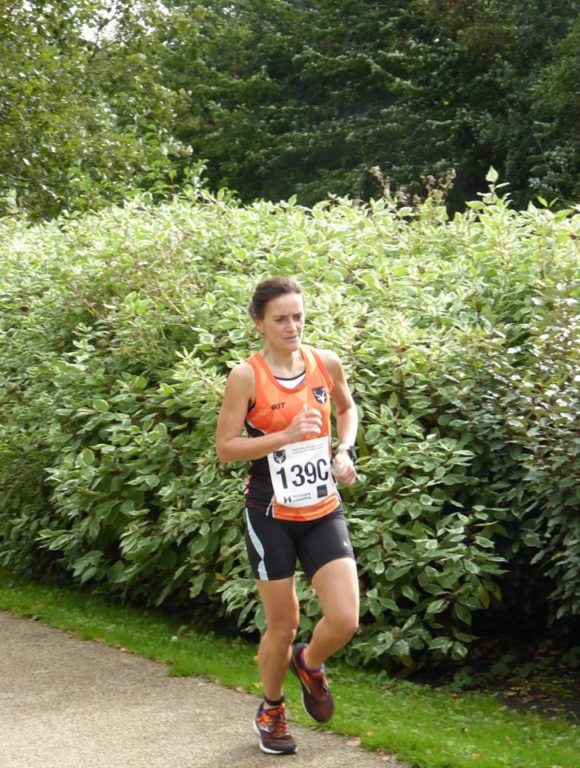 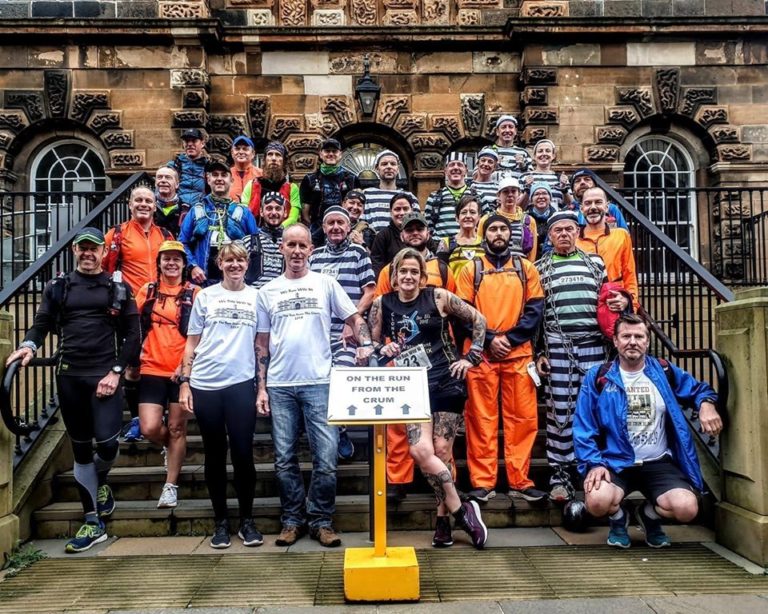 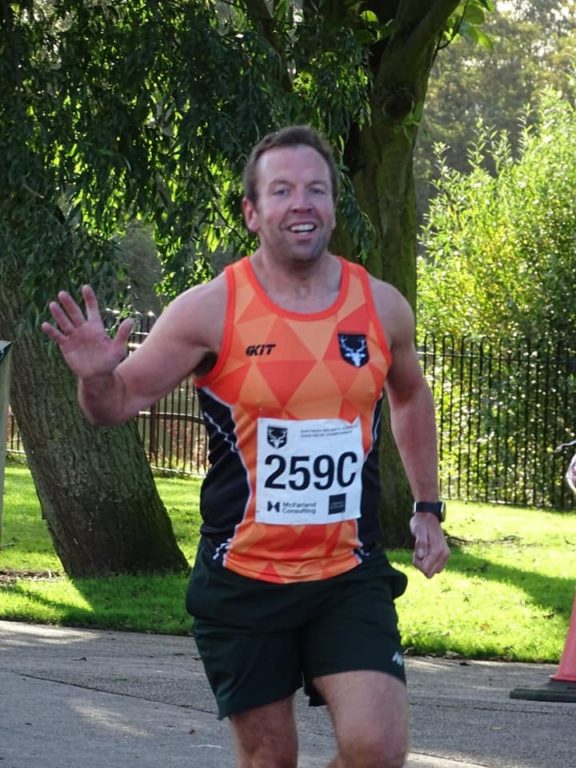 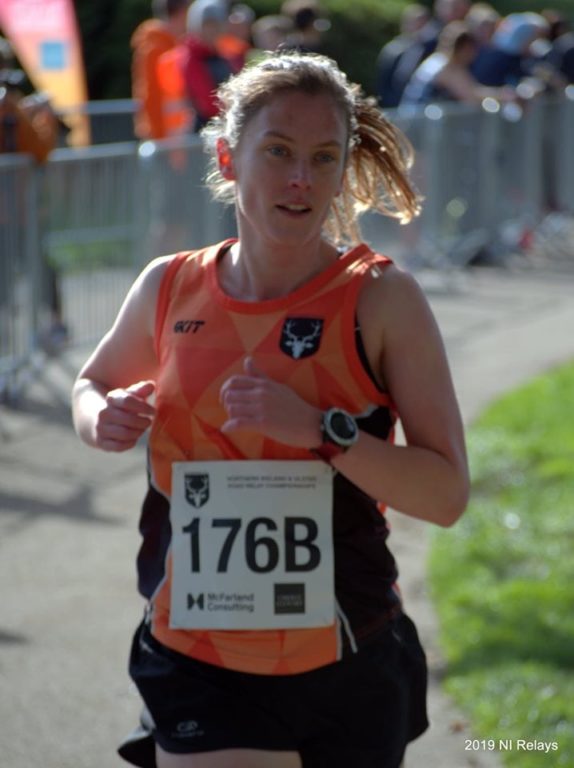 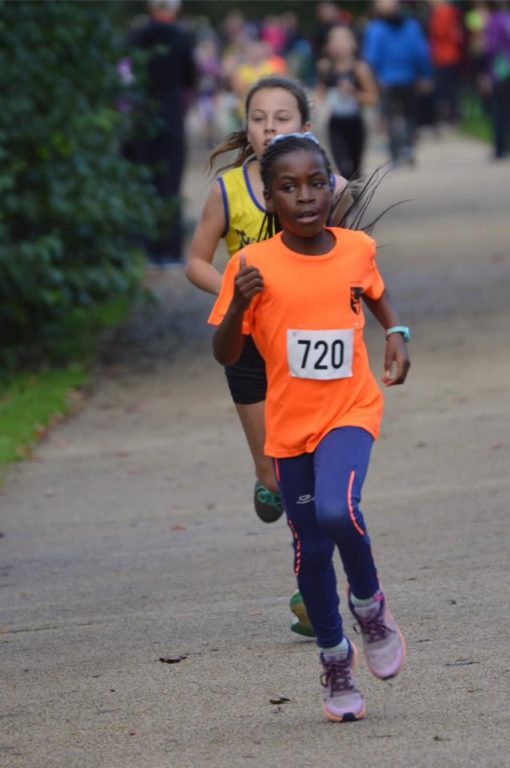 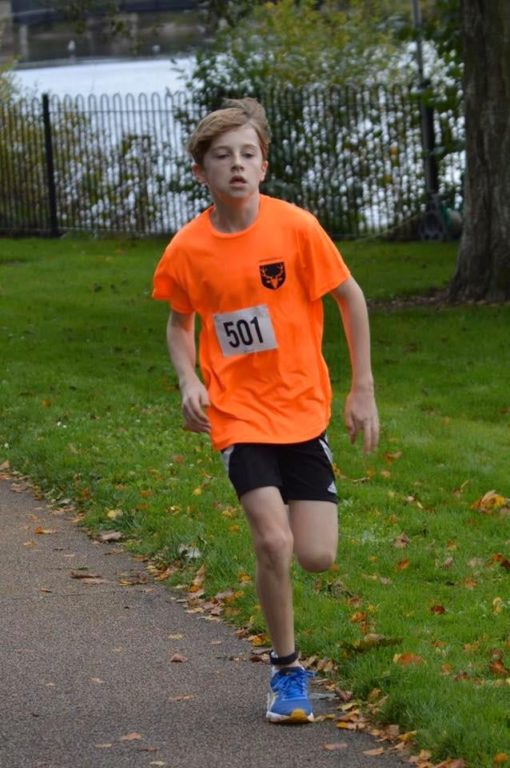 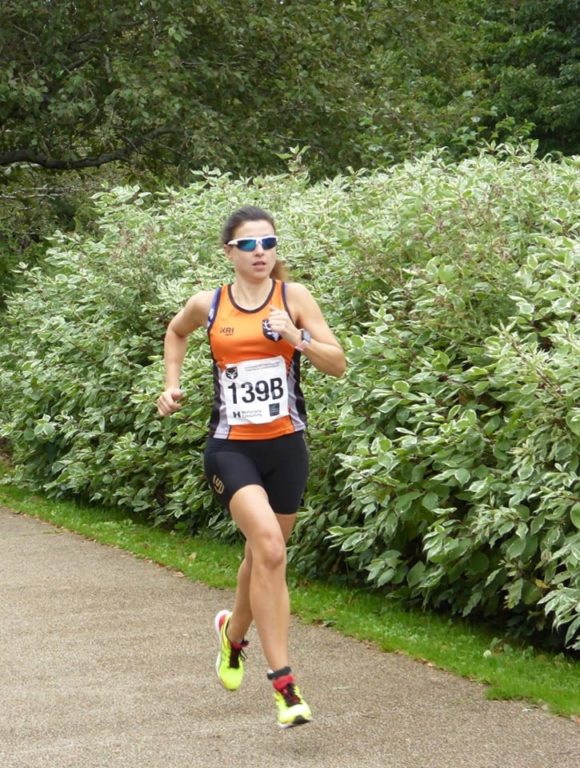 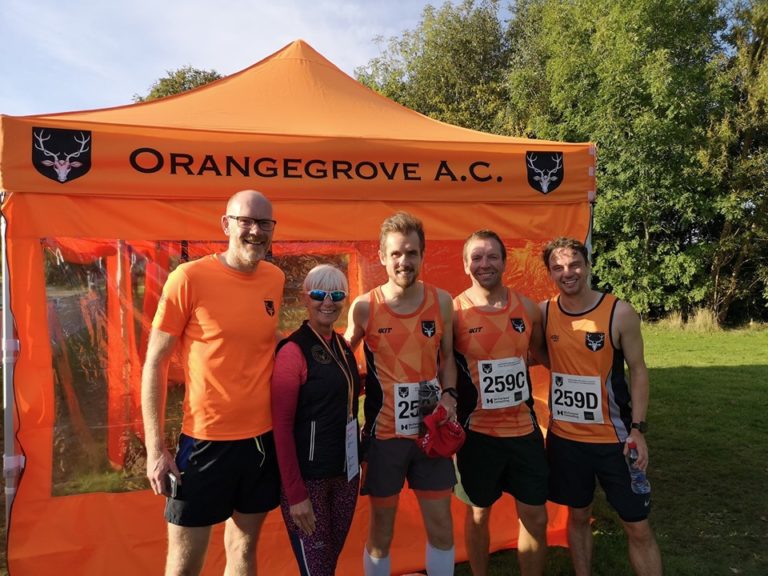 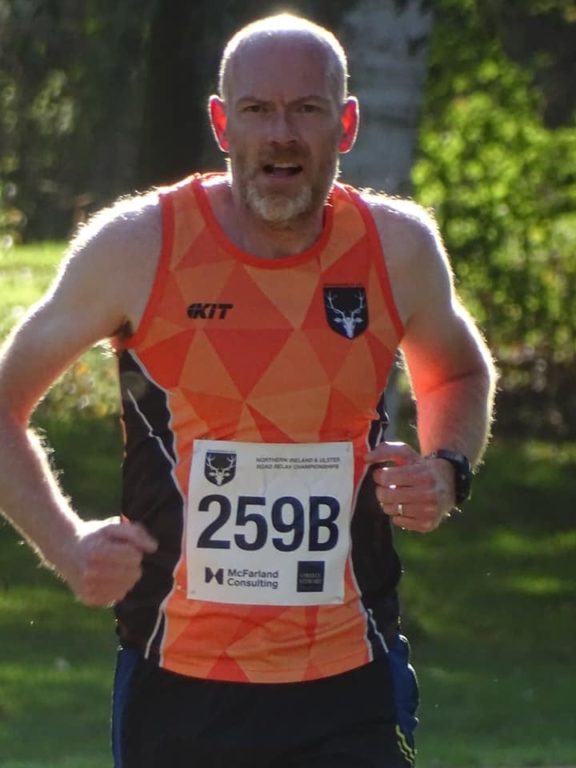 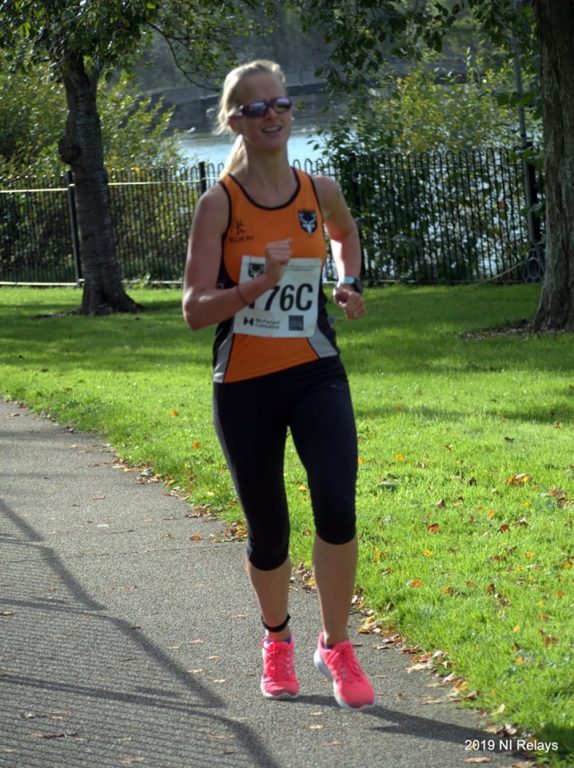 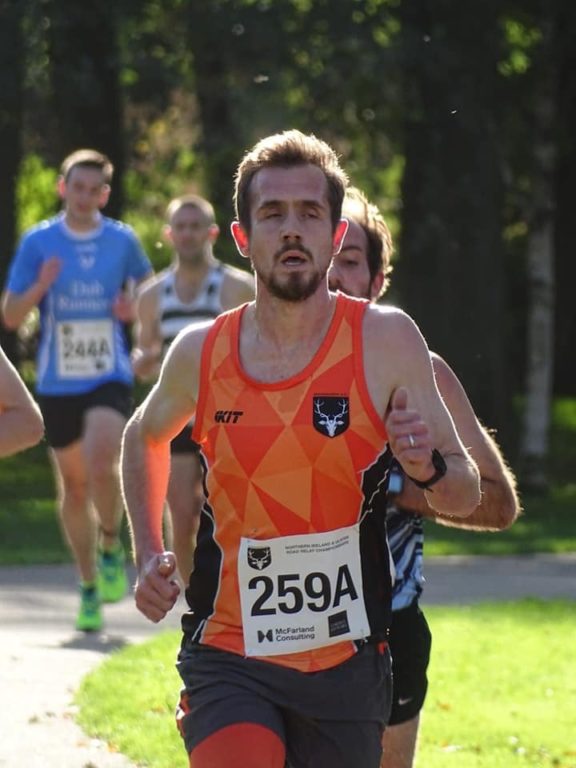 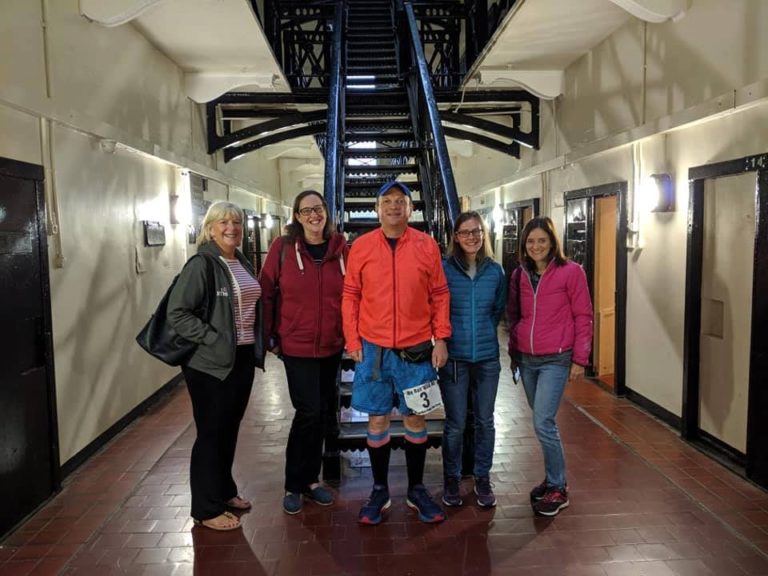 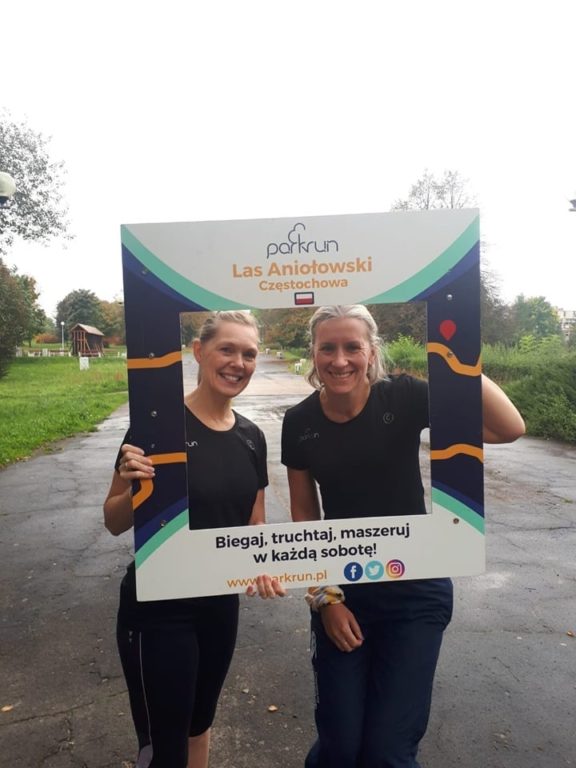 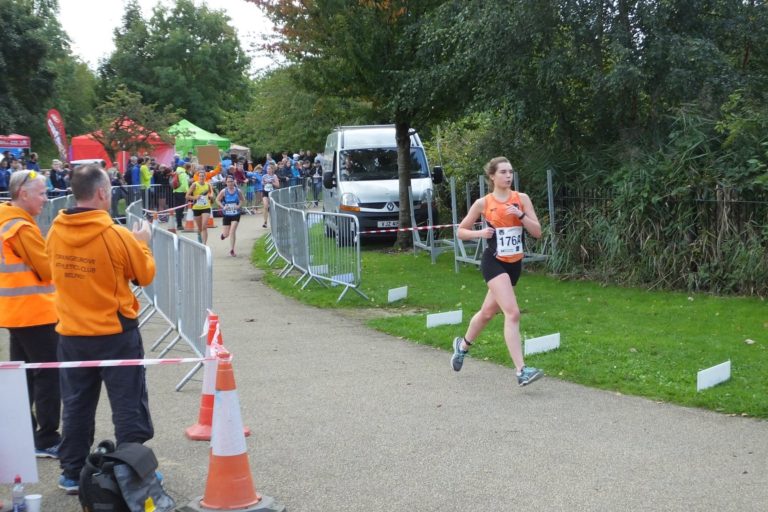 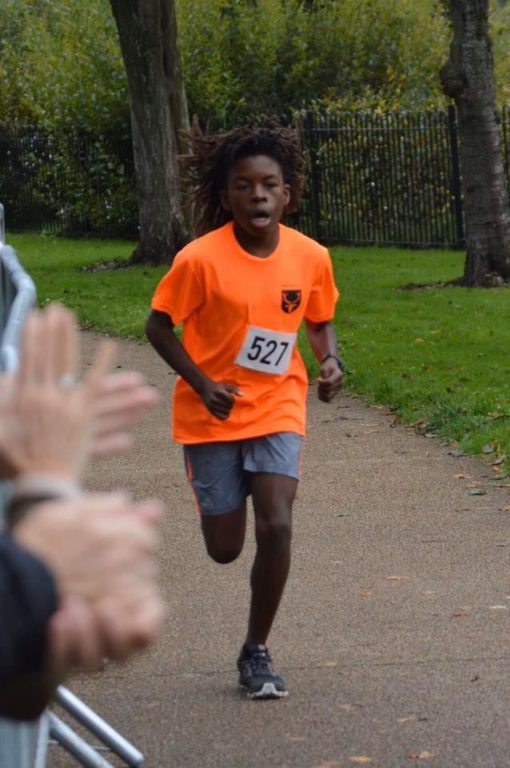