For Brian Todd and Reg Sanlon it was very much a matter of turning up and running steadily in this, the final round of the Baker McKenzie Super 5s. The hard work had really been done in the previous rounds to obtain positions in the order, and nothing was really going to change at Ards unless something catastrophic happened to either one of us or our immediate competitors. Though it was a blustery and damp evening, the rain held off for the entirety of the race. The route was a roughly rectangular one which started and finished at the superb Londonderry Park Leisure Centre. The initial mile and a half was along the coast road in the Portaferry direction before a left turn into Finlay’s Road. Each of these legs presented their individual challenges. The scenic coast road section was into the face of a stiff breeze, but at least it was closed to traffic from the Newtownards direction until we passed. Finlay’s Road brought the beginning of the hilly section which continued after the next left turn into Bowtown Road. However, the final mile was very distinctly downhill back to George’s Street in Newtownards and from there flat and fast back to the Leisure Centre.

The race was won by Gareth Lyons (North Belfast Harriers) in 28:14 and Catherine O’Connor (East Down) was first lady in 30:41.

Following a fine supper and the main race prize distribution, there was an awards ceremony for those who were involved in the Baker McKenzie Super 5s series. The Super 5s series was an idea developed by Glenn Grant of ChampionChip Ireland and very generously sponsored to the tune of several thousand pounds by the Baker McKenzie legal firm. As the name would suggest it involved a series of both 5K and 5 mile races (twelve in total) throughout the province, most of them 5 miles and taking place on Friday evenings. It was age graded, but cumulative over the series, so to feature seriously in the final results meant committing to all the races. Missing one or two would mean free fall! Sarah Fowler of Baker McKenzie presented the awards. From the Orangegrove AC perspective, Brian Todd finished on the podium in third place (£400) and Reg Sanlon, who unfortunately missed one race, finished in 7th place on £150. The series was won by Patricia Brown (Newry City Runners) who is currently the fastest F60-64 in the United Kingdom (£600). In second place was the exceptional North Belfast Harriers’ M40-44 runner Gareth Lyons (£500). Cash awards were made down to twelfth place (£50). The rumours are the series will return again next year. It offers a manageable focus and hopefully a few more from OAC will give it a go!

If the wet and blustery conditions at QUB Playing Fields were anything to go by, parkrun on Saturday was quite tough. However, it was better to brave the conditions, than take a week off, in case it becomes two weeks and then maybe three or four.

Remember to volunteer several times a year by contacting: belfastvictoriahelpers@parkrun.com

Now in its third year of running, Last One Standing, Florence Court is a spin-off of the popular Castle Ward Last One Standing race. This year it was a golden ticket for the Big Dog Backyard Ultra in Tennessee, which is run by Lazarus Lake of Barkley Marathons fame.

The formula for these races is that each runner must do 4.2 mile loops within an hour and start again on the hour until everyone quits or gets timed out bar the winner. There is no defined finish time to the race, making it possibly Northern Ireland’s toughest race, if there are enough runners able to go the distance. Florence Court is a beautiful setting for this event. Managed by the National Trust, it is an 18th century house and estate in the foothills of Cuilcagh Mountain, with well-preserved gardens, a forest and two rivers, though considering the time sensitive nature of the event I didn’t have much time to look around!

Forty-six runners started at midday on Saturday, including myself and Adrian Sproule. Adrian bowed out after lap 4 or 16.8 miles which was his target. Some more dropped out in the next few hours until I decided to call it a day at 12 laps or 50 miles, having attained the medal for reaching that number, and deciding that fatigue would overtake me before the dawn on this occasion.

Thirty-one other runners continued, with trickles of runners dropping out during the night. Eleven made it to 24 hours and became this years’ 100 mile club. Some say that is when the Last One Standing race truly begins and it turned into a battle between Bobby Irvine, Denis Keane and Shane Brady. Gillian Connolly (Seapark AC) was first lady having done 27 laps or 113.4 miles. In the end Denis Keane (An Ricoht) was the victor, having done 37 laps or 155.4 miles.

In these days of Brexit uncertainty, it was certain that Sunday marked the end of summer and a change to more autumnal weather, though it was quite warm during the race. At 2:00pm the runners went off in a staggered start down the main avenue through Ormeau Park towards the Ravenhill Road, then completed two riverside laps between Albert Bridge and Ormeau Bridge, finally returning up through the park to the finish near the Ormeau Bowling Pavilion. The slices of orange and Jaffa Cakes went down well afterwards.

Thanks to North Belfast Harriers, who organized the race in support of the Marie Curie Hospice and ChampionChip Ireland who did the chip timing. This was round 12 of the Novosco 10K Grand Prix. 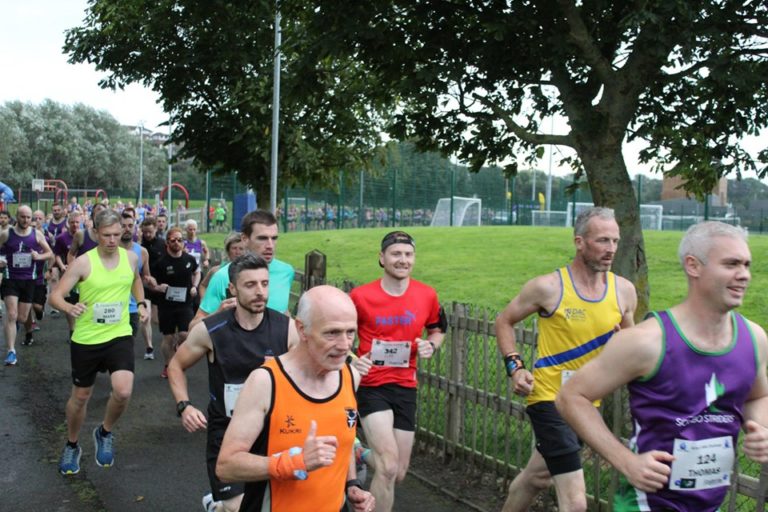 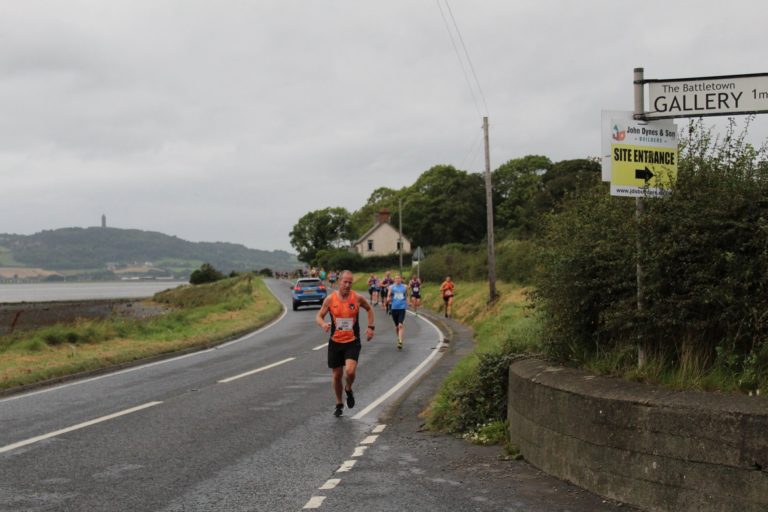 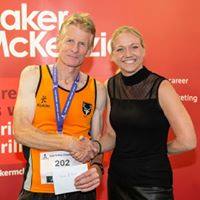 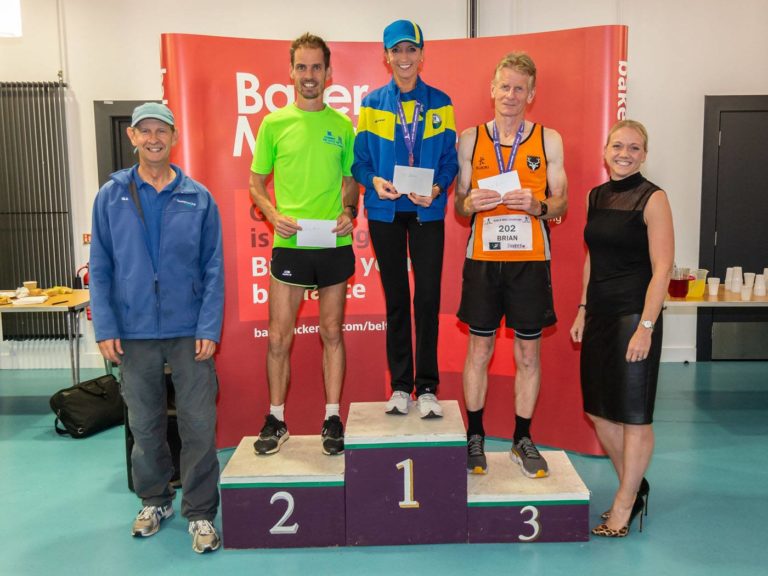 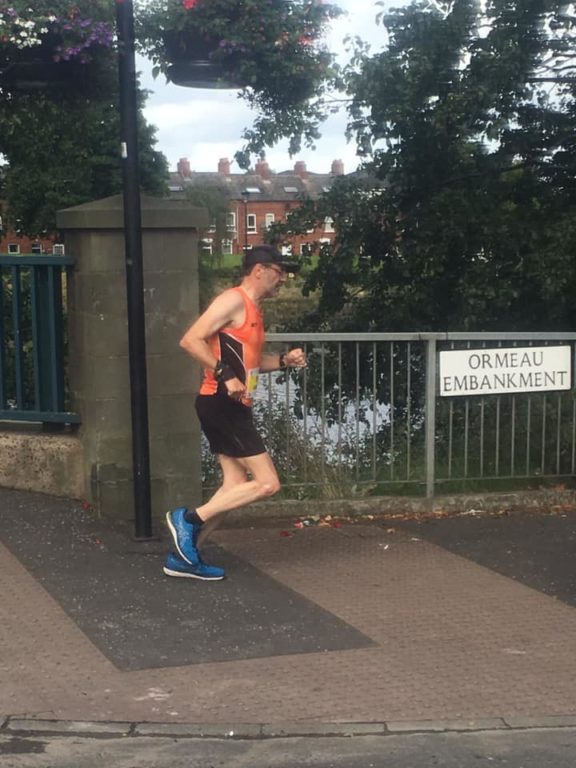 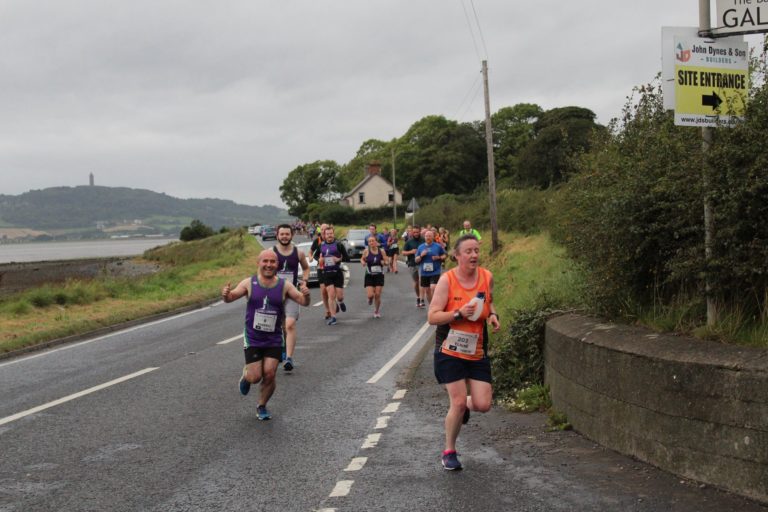 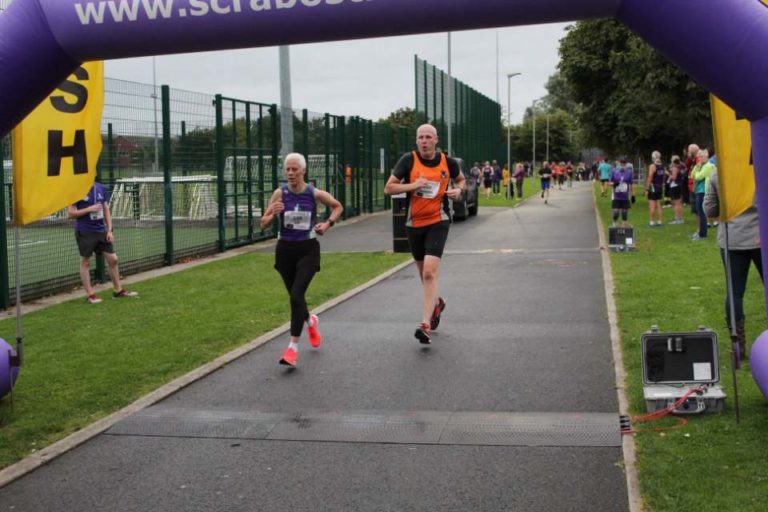 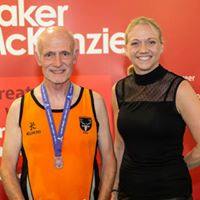 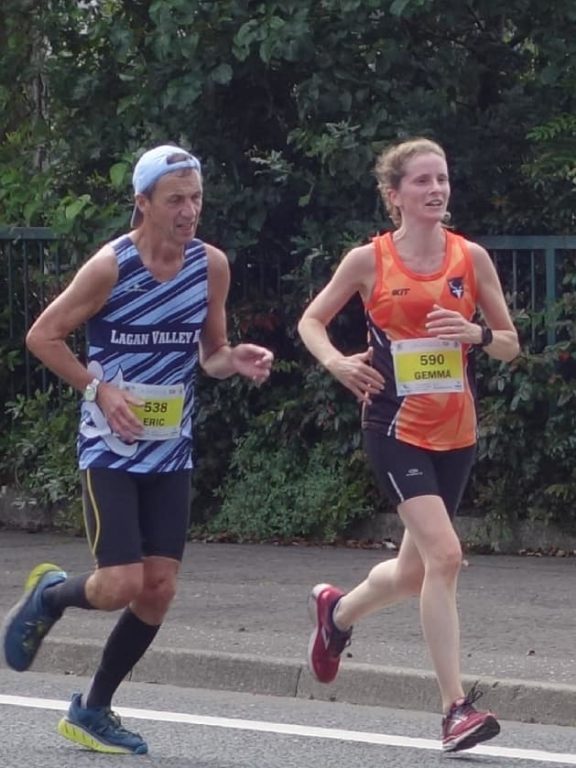 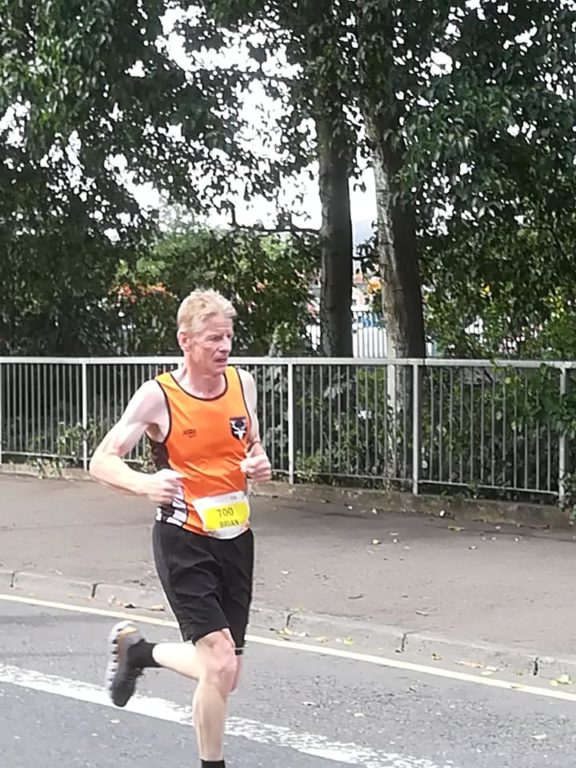 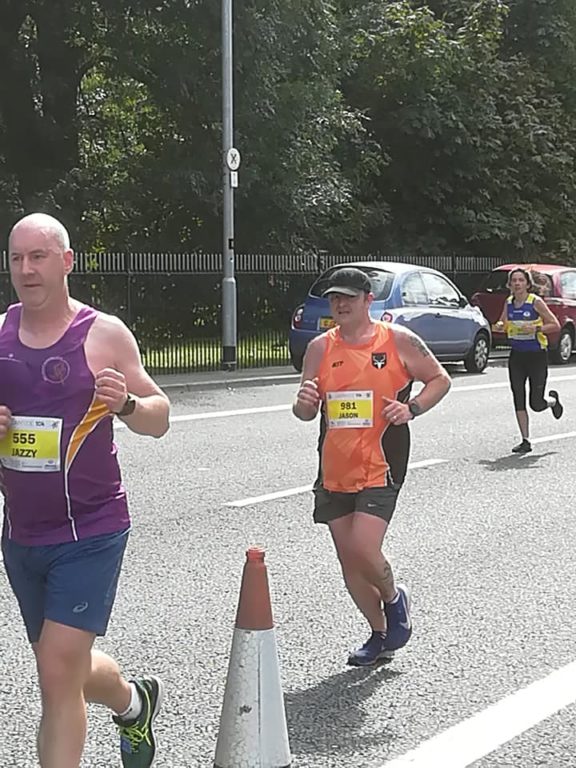 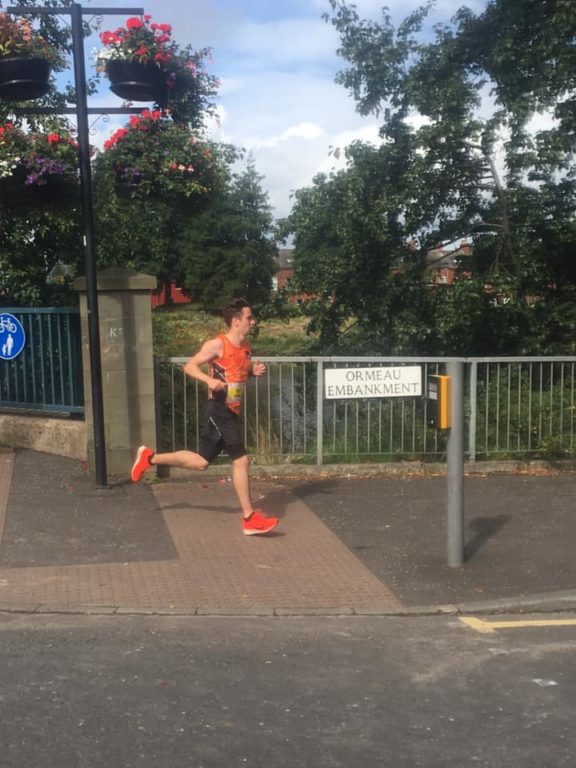 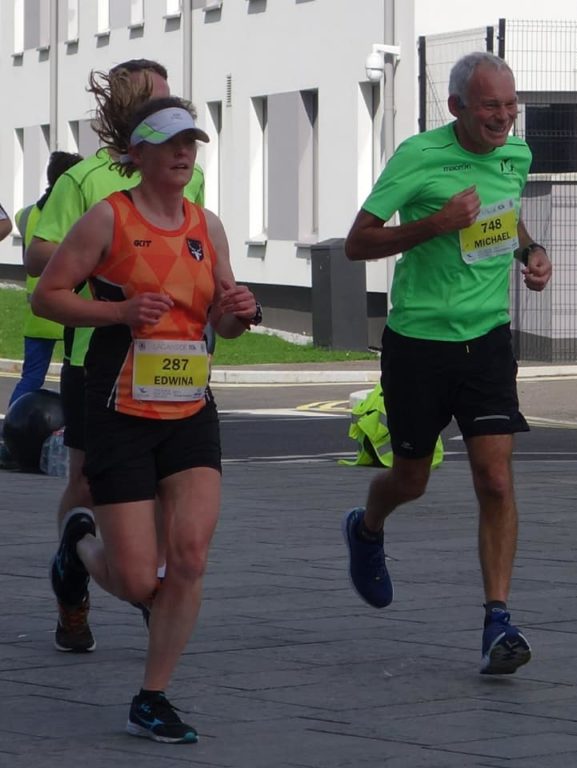 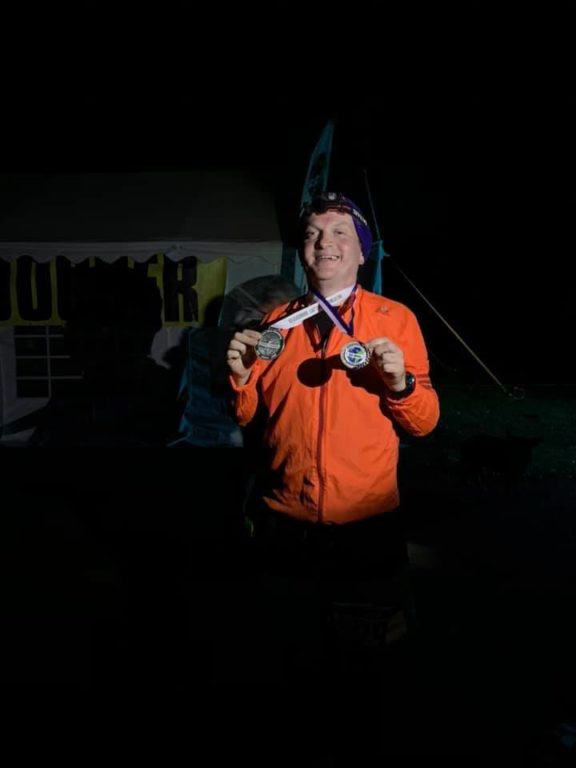 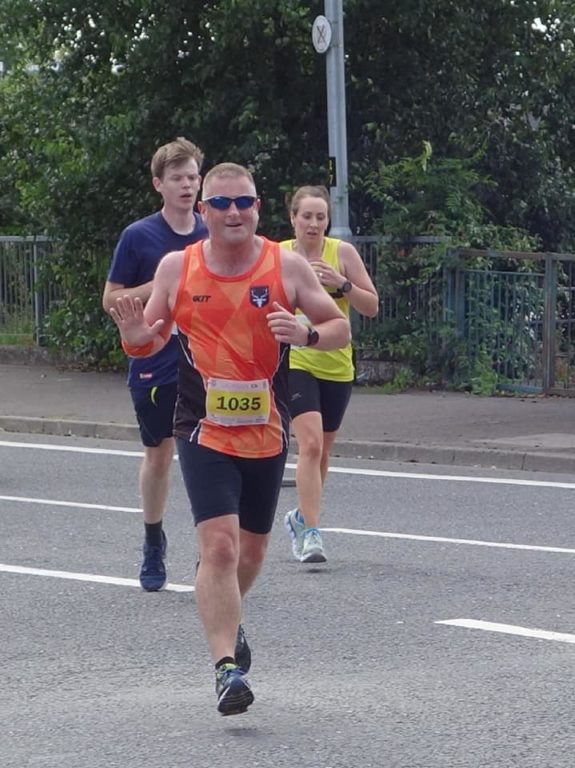