Baker-McKenzie Super 5s duty took Brian Todd and Reg Sanlon to Portrush at the weekend. The weather couldn’t have been better. Dry and warm but with a cooling breeze off the sea to keep things right. The course was a simple one! The race started on the promenade of the West Strand and was ‘out and back’ along the road towards Portstewart. The start and finish along the promenade made for a great running spectacle for the many Friday evening Bank Holiday weekend spectators. The climb up from the promenade to the top of Black Hill was not for the faint hearted and it was even more challenging from the reverse side on the return journey. By no means a personal best course, but the views were amongst the best you will get in any race anywhere. Post event prize distribution and festivities were held in the magnificent Portrush Yacht Club overlooking the harbour…a super venue.

The Portrush 5 Mile Road Race was won by Roberto Aguilera (Bellingham Distance Project) in 26.38 and Shaleen McMurray (Newcastle AC) was first lady in 29.23.

Only one more race to go in the Baker-McKenzie series, the Ards 5 Mile Road Race on Friday, August 30th.

An amazingly popular race in Sligo with over 1100 runners, it has been one that Steven Gilliland is a big fan of, having done it several times.

Its a 15k multi-terrain race with 9k on road and a 6k section which involves climbing up 700 feet up Knocknarea. It really does sound like our very own Lurig. The area is steeped in history of battles between Celtic rulers, which gives the race its name.

Steven had no problem with the difficult climb and descent, finishing in 1.29.29

The OAC club championship rumbles on and we have now reached the 10th event out of 12. It doesnt get much more high profile than this. 4000 runners lined up in the middle of Phoenix Park for the Frank Duffy 10 Miler. Marketed as part of the Dublin Marathon series now, this race has been running for a couple of decades. Portaferry aside, we don’t tend to run that many 10 mile races. Consequently, you would expect plenty of PB’s from running around the biggest park in Ireland. On the day though it did turn out quite warm and there were a couple of unexpected hills to face, thought the announcer did mention the long drag in the last mile. Still, club bus trip

As a result in the club championship Edwina got maximum points putting her in 5th and Julie, Heather and Ali cementing their positions in 2nd, 3rd and 4th. In the mens competition Danny edges closer to Keith at the top of the table with David Montgomery in 3rd. All eyes are on the Bangor 10k next

Organised by Olympic Triathlon Club, this was a 0.75km swim in Castlewellan Lake, followed by a 20k bike ride towards Katesbridge (plenty of hills) with a final 5k run around the lake. Anne Devlin looked like she had a great time, and certainly a bit of a change from the running up mountains that we usually get up to in Castlewellan.

A race that can genuinely call itself flat and fast is Storming the Castle in Carrickfergus. Attracting incredible numbers of close to 900 its either a sellout or close to sellout each year it’s been on. Organised by Seapark AC it starts at the Amphitheatre Wellness centre, heading out towards Belfast, with the finish line at the famous Norman castle itself.

Lyndsey Tyro made a great return to form with a time of 44.18,and we hope to see her racing again soon. At the front of the field North Belfast made a strong showing with 4 of the top 10 places with regular podium fixture Gareth Lyons winning in 34:01. Fiona McQuillan (NDAC) was first lady in 40:29.

Organised by local club St Peter’s AC this charity race is on the picturesque Oxford Island at the Lough Neagh Discovery Centre. There was both a 10 mile race and a 5k “rock the Lough Run, which took place entirely within Oxford Island. We know Elaine Weston did this, but no official results yet!

It still being holiday season we had a bit of a scattering of parkrun tourism in the club with participants in Abingdon, Portrush and Buncrana. Gemma got a course PB at Stormont, and Luke Harte was in 6th place overall at Victoria.

A consolidated club report is at https://www.parkrun.com/results/consolidatedclub/?clubNum=17953 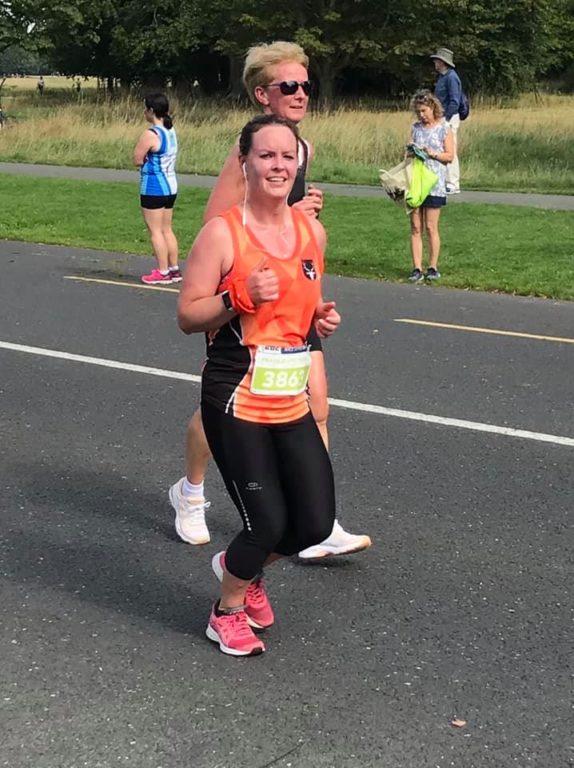 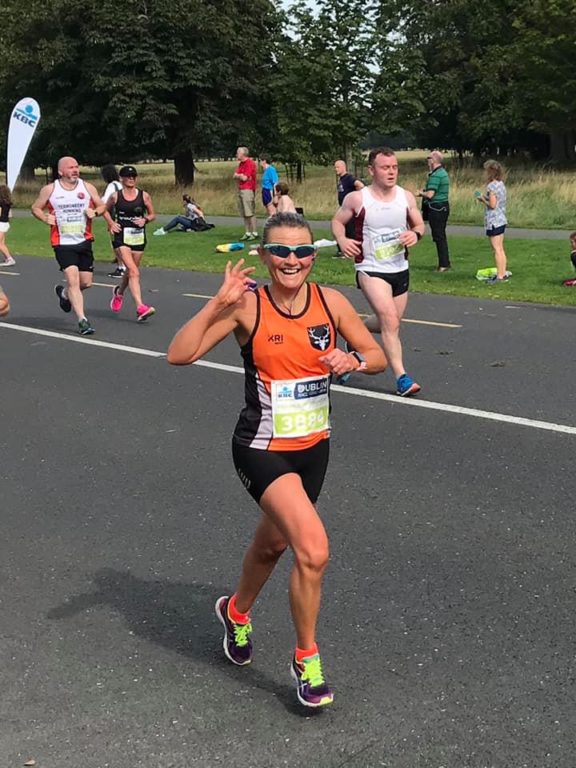 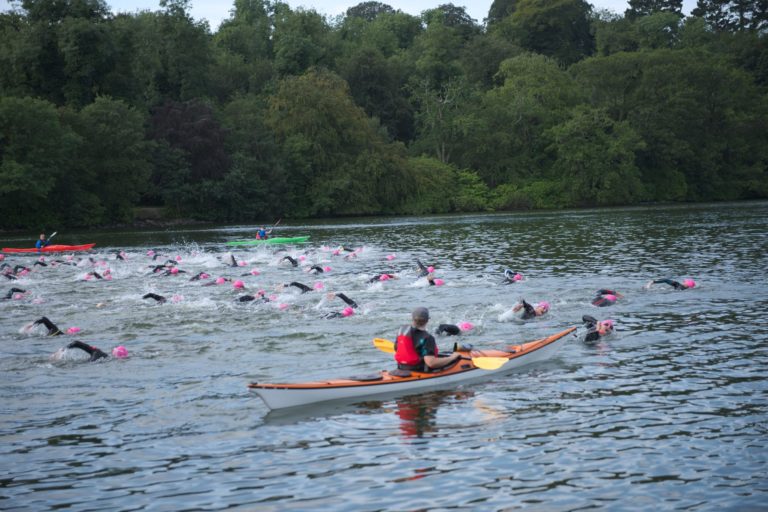 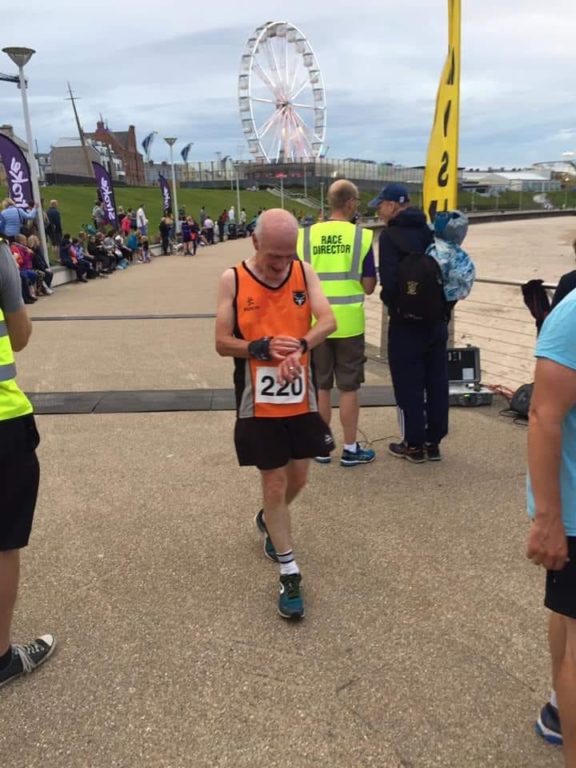 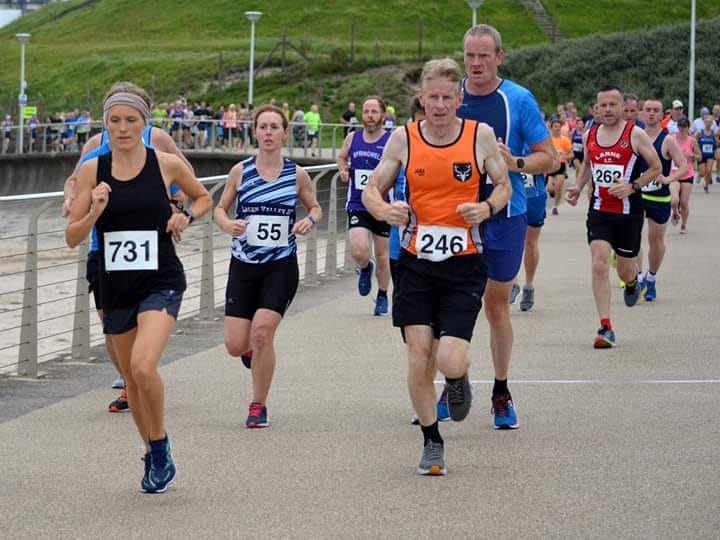 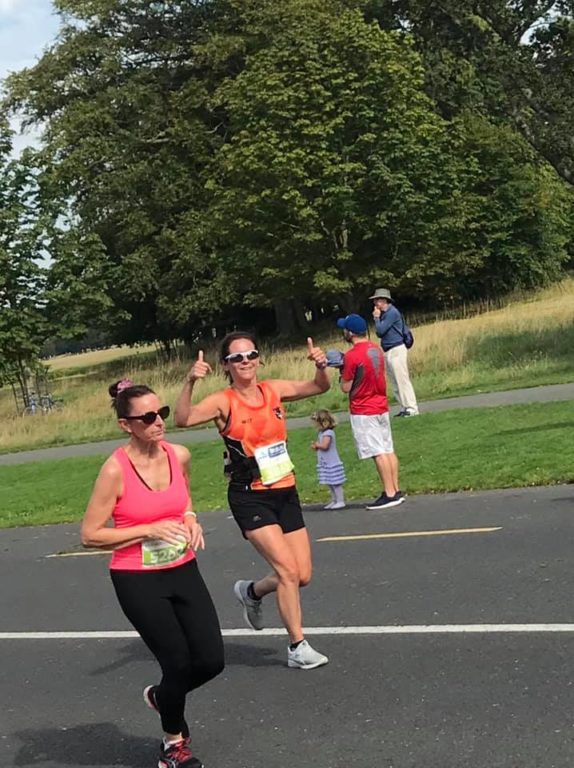 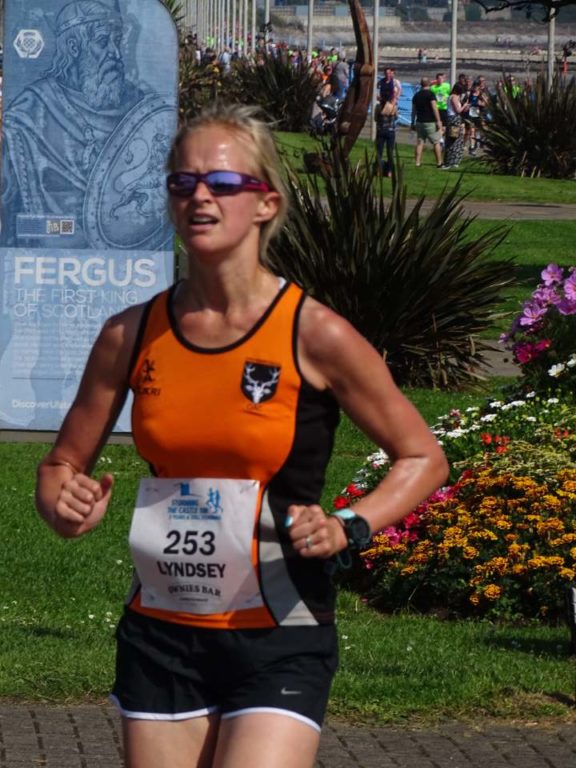 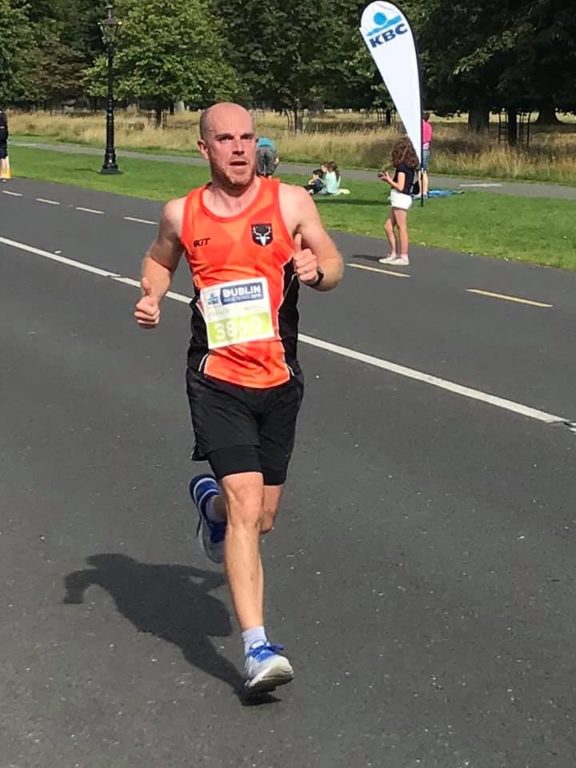 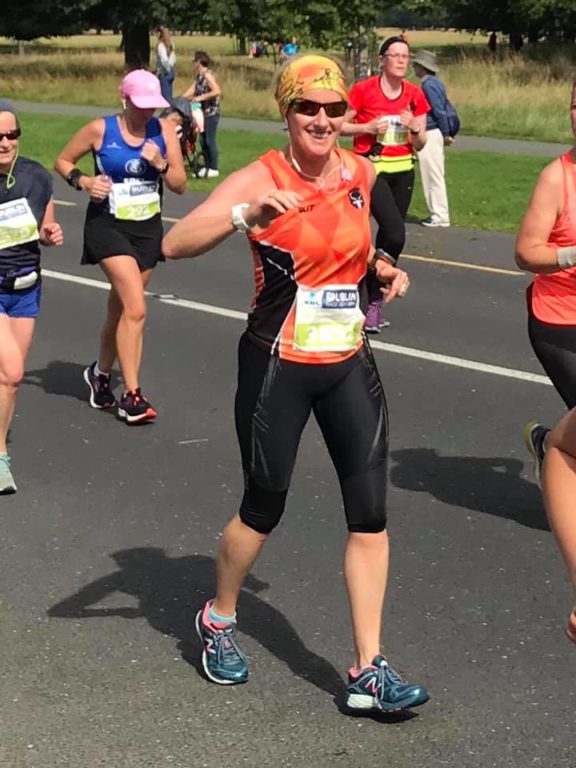 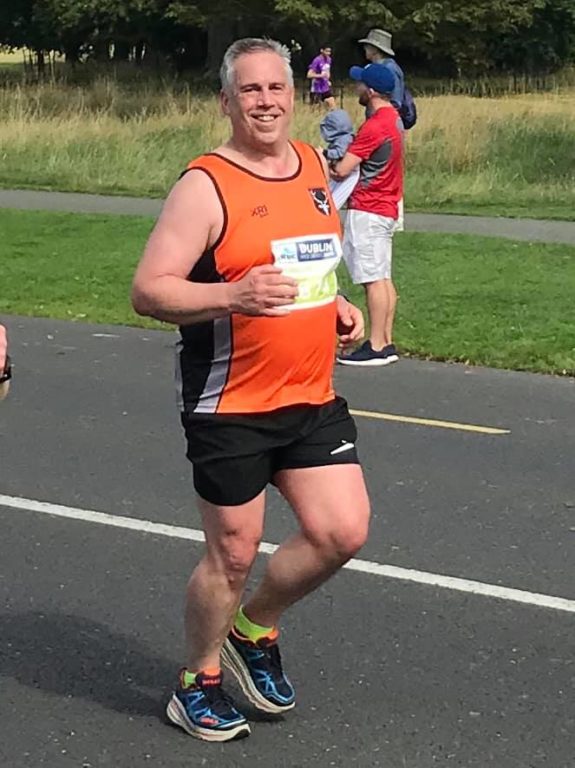 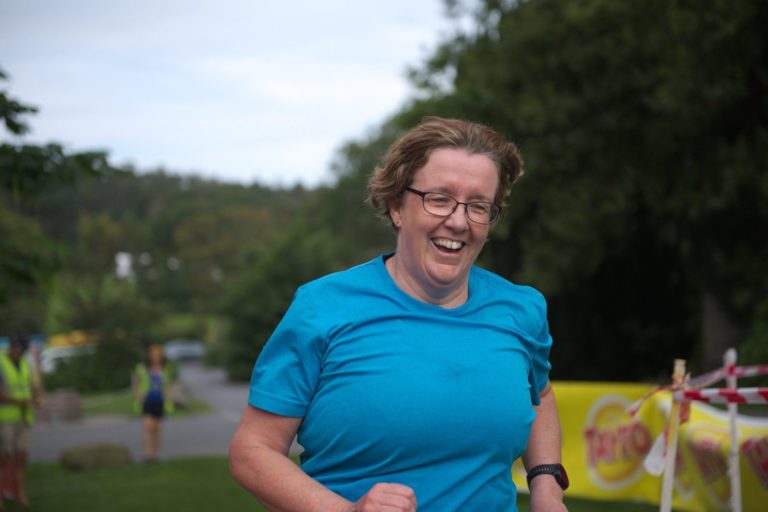 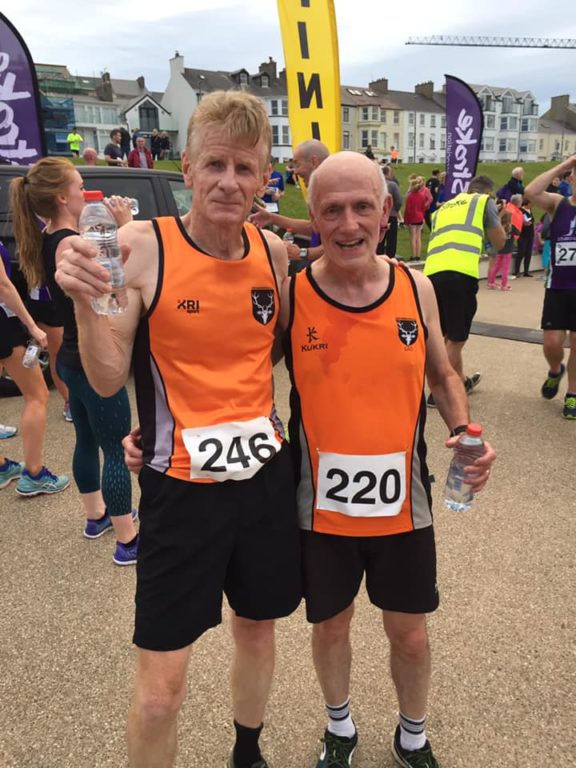 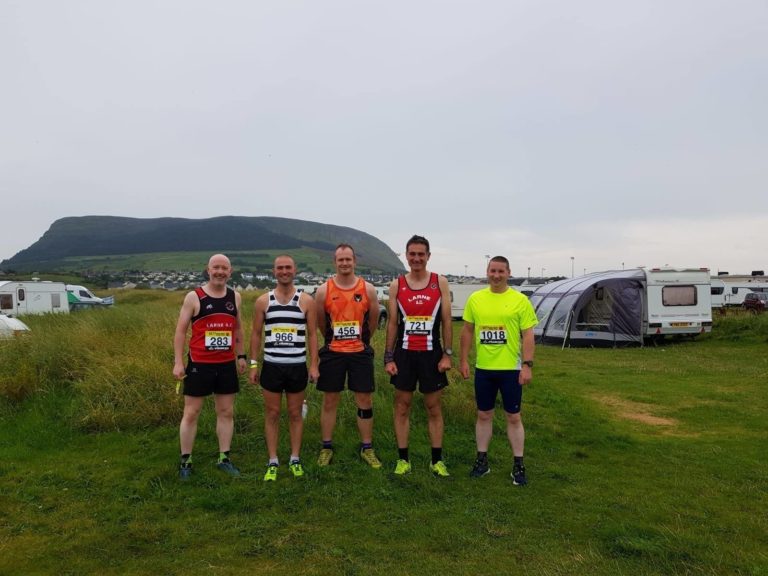