The combined Lisburn Half Marathon and 10k road race (sponsored by Coca Cola) is one of the premier events of the running year and literally thousands are entered. There is a carnival atmosphere about the town and the local inhabitants embrace the occasion not only with their enthusiasm but with their presence too along the route. Both races are important. The Half Marathon is the final race of the ‘first half’ of the Pure Running/Championchip Ireland Half Marathon Series. Those who have not completed three out of the four events on offer to date will have to run this one if they are to satisfy the regulations of the series. However, Lisburn is also important on the 10k front. The 10k race is the seventh round of the Novosco 10k Grand Prix Series. There is honour to be maintained and money to be won, but only if you complete at least six of the thirteen races on the calendar and we are beginning to run out of races! Lisburn has the reputation of providing fairly speedy routes for both the half and 10k and so will provide an opportunity for many to improve their existing positions.

The half marathon follows a mainly rural route including Moira Road, Lurganure Road, Halfpenny Road, Derrynahone Road, Cockhill Road Danygarton Road, Down Royal Racecourse, Culcavy, Halftown Road, Blaris Road and the A1. The 10k route follows the Moira Road to Halftown Road and then back to the finish via Blaris Road and the main A1. Over 6000 runners are expected, so it will be busy! I would expect the orange of Orangegrove to be both visible and in contention at both distances. The 10k runners set off at 6.50pm with the longer distance runners going at 7pm.

A warm and sultry evening welcomed the thousands of runners who gathered at Lisburn Leisureplex for the beginning of the 10k and half marathon races. In retrospect, Lisburn has the reputation of providing fairly fast courses for both distances. Whether this claim is justified is open to conjecture. My experience of the half last year and of the 10k this year is that while there are no serious hills there are numerous steady inclines which seem to go on forever and which never seem to reward you with a corresponding easy decline. This and the high temperature made it tough going. In the results published below I have only included those members who indicated that they were running or who were spotted in the results. With so many running in each race and with no club designations being included in the results it was very difficult to spot others who may have been running. If I have left you out please message me and I will include your result in the report before it is uplifted to the main website. Congratulations to the following for their endeavour (10k time):

Particular congratulations to Des Fahy and Emma McWilliams who were first OAC male and female home in the 10k and also to Eric Fairfield and Anne Moore first OAC male and female in the Half. Great to see Catherine Lavery back running after her recent injury. Well done to Gillian Logan too as she sets out on her challenge to complete ten half marathons in one hundred days for the Cancer Focus NI charity.

Great to see Zdzislaw Malkinski (M65) still registering respectable times and finishing first in his age category. Chantal Hemphill and Jenny Cochrane were also running well in what may have been their first half marathon. Well done to all who took part and who were proud to represent Orangegrove Athletic Club in the heat of the evening. 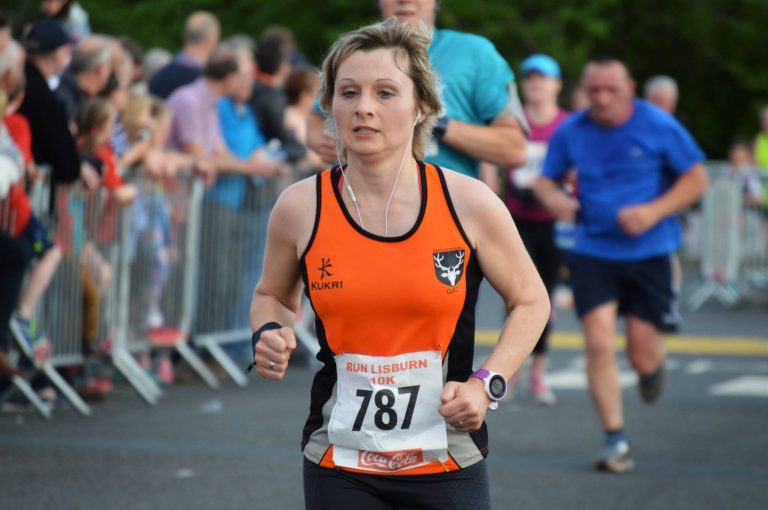 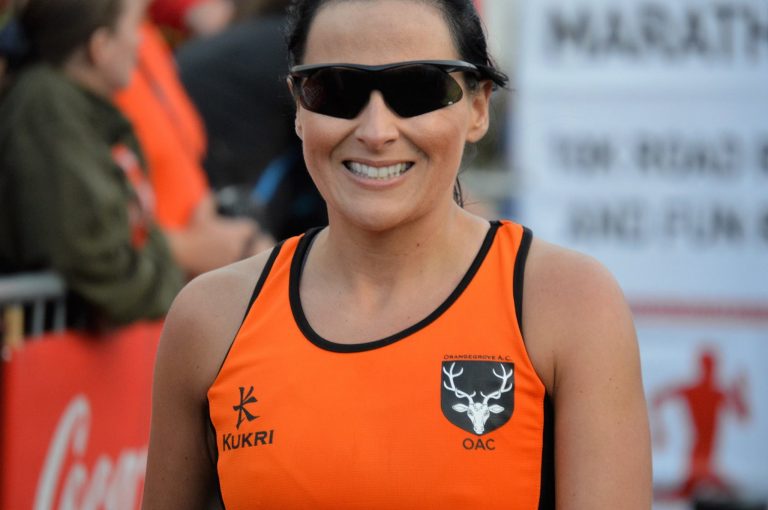 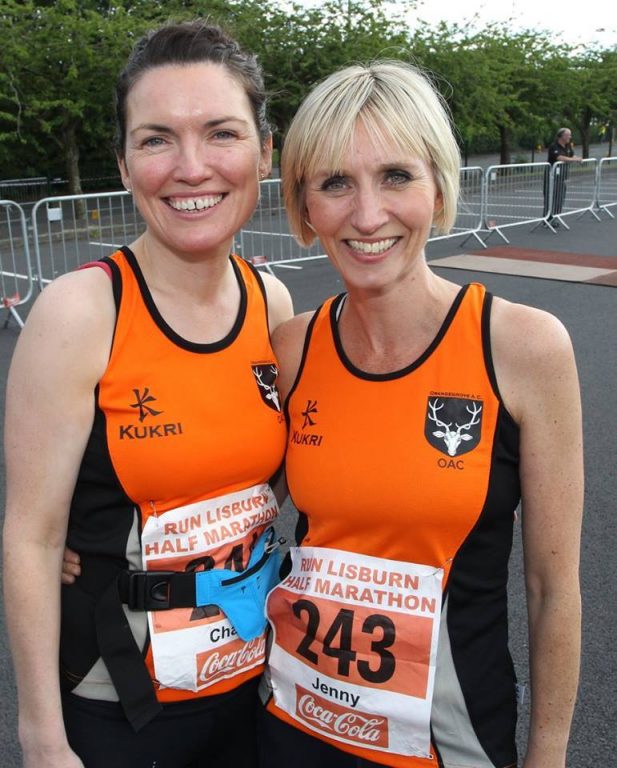 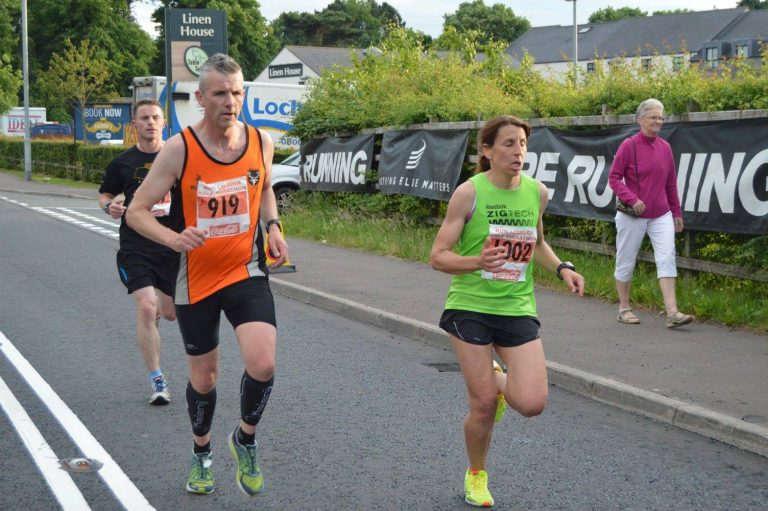 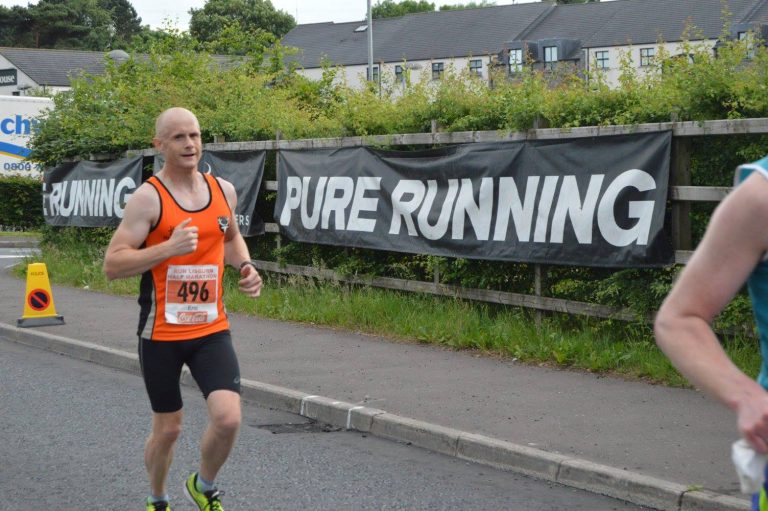 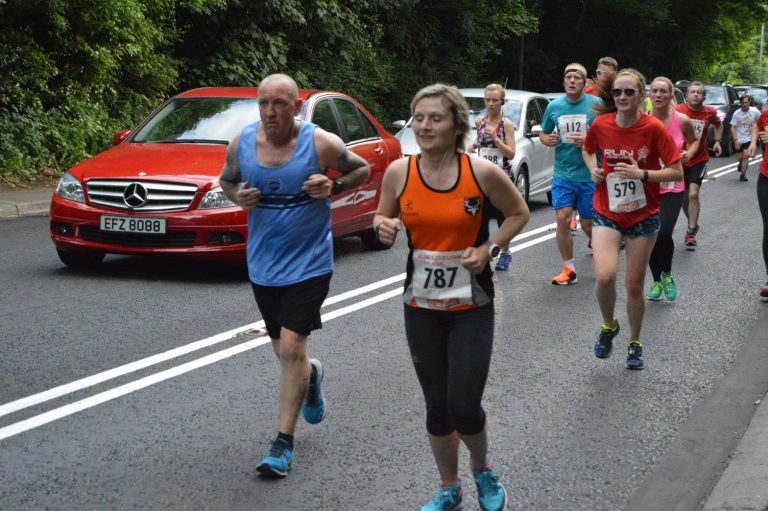 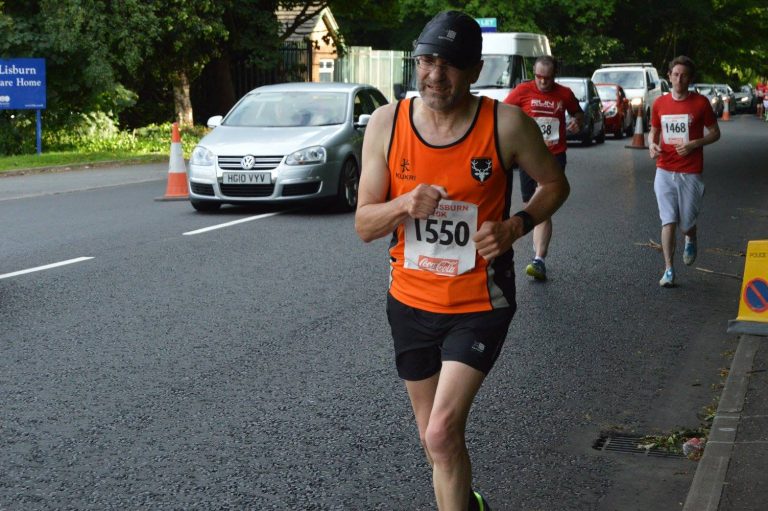 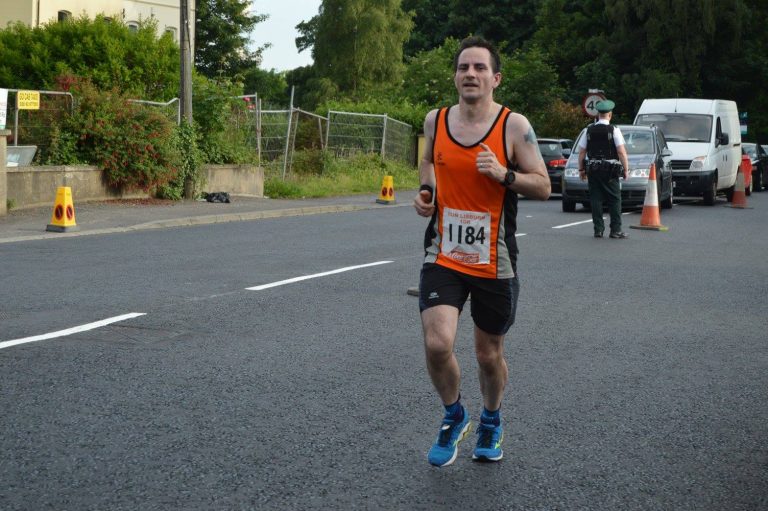 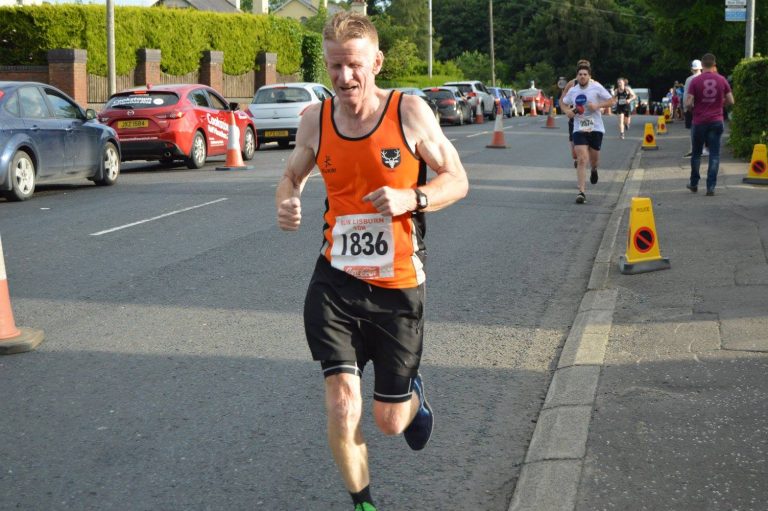 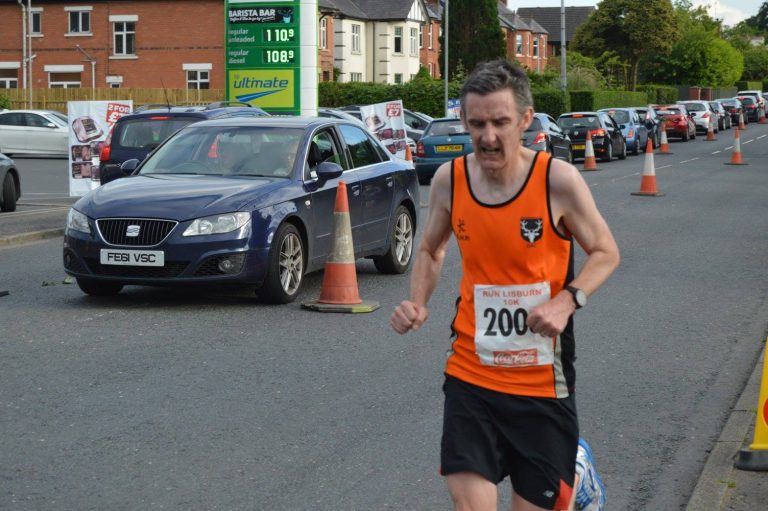 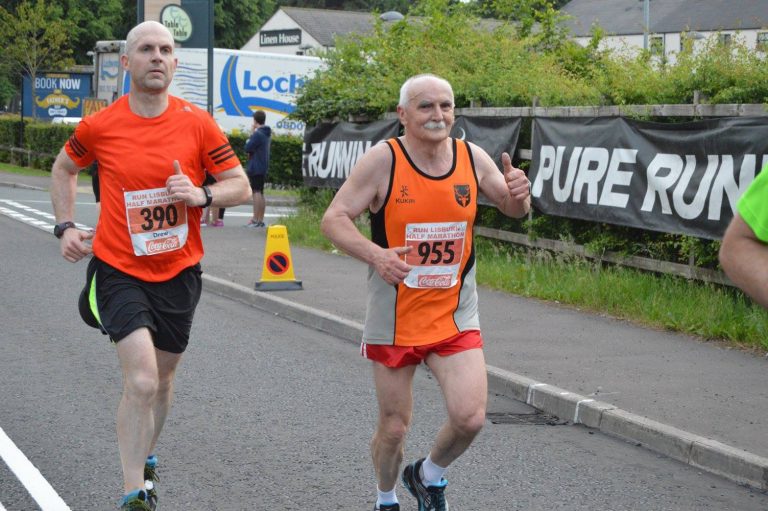 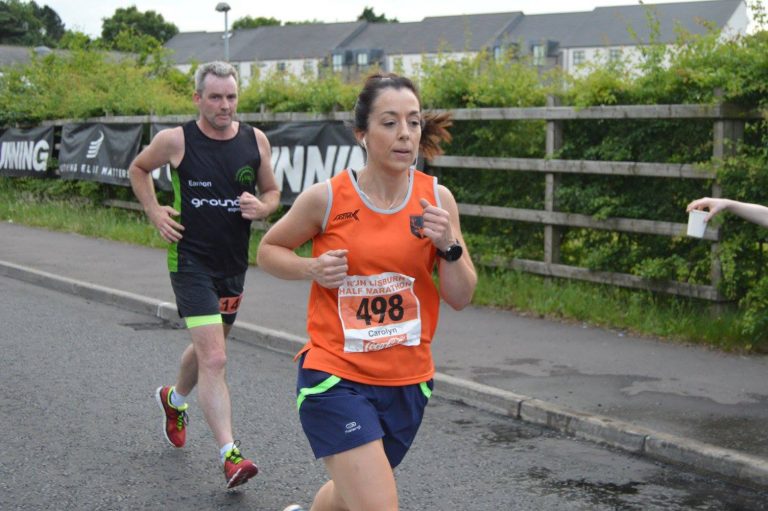 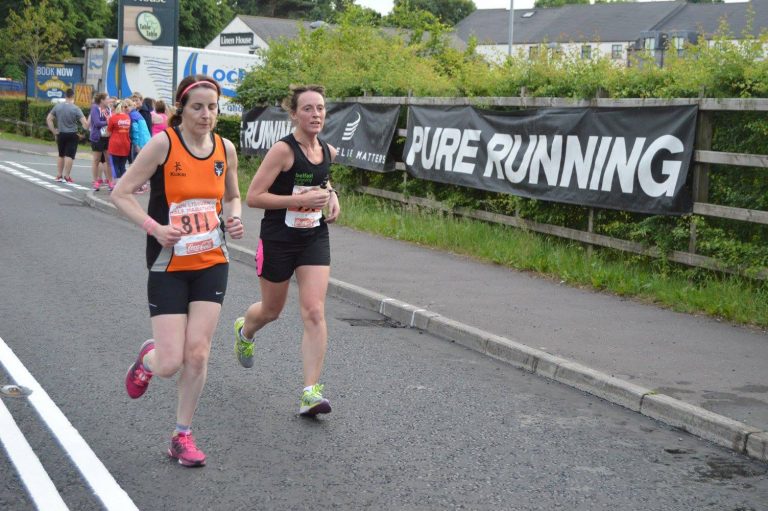 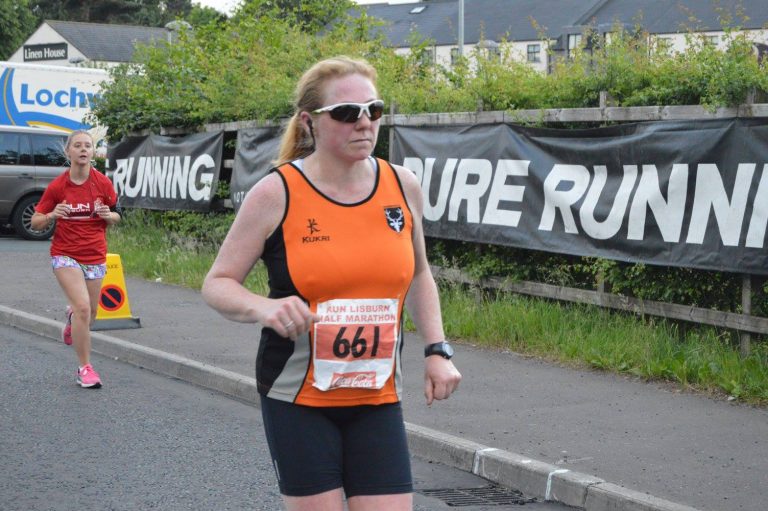 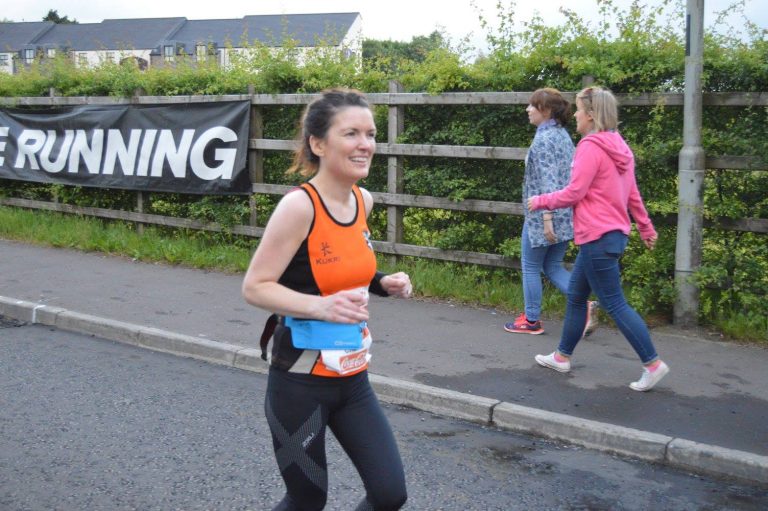 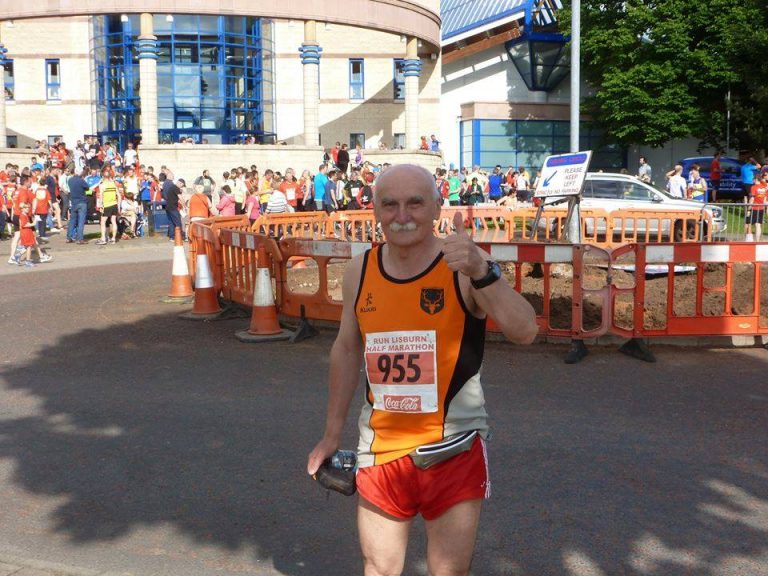 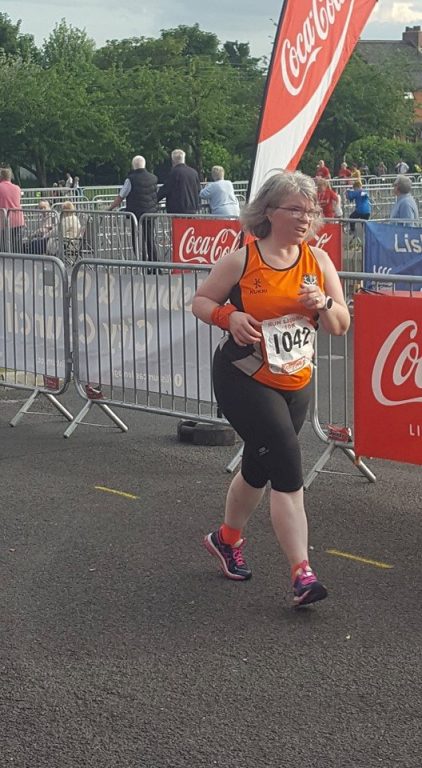 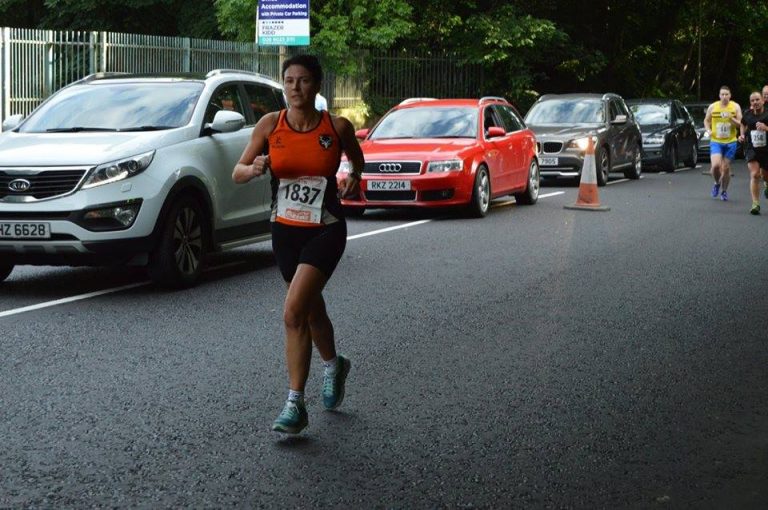 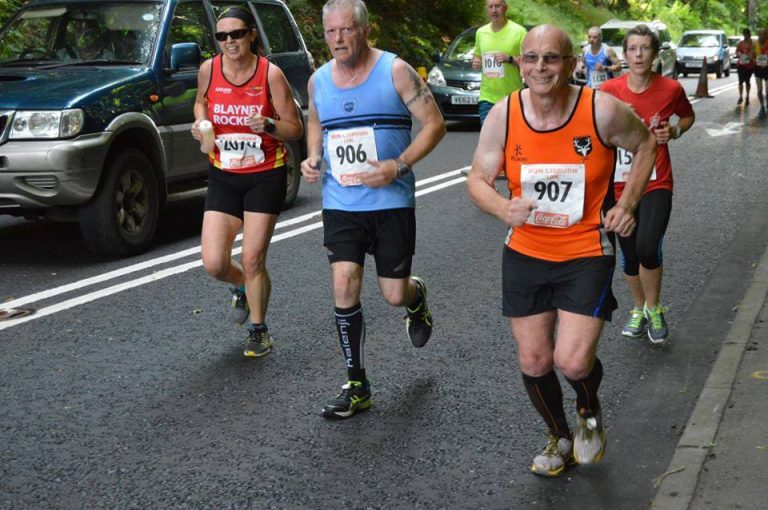 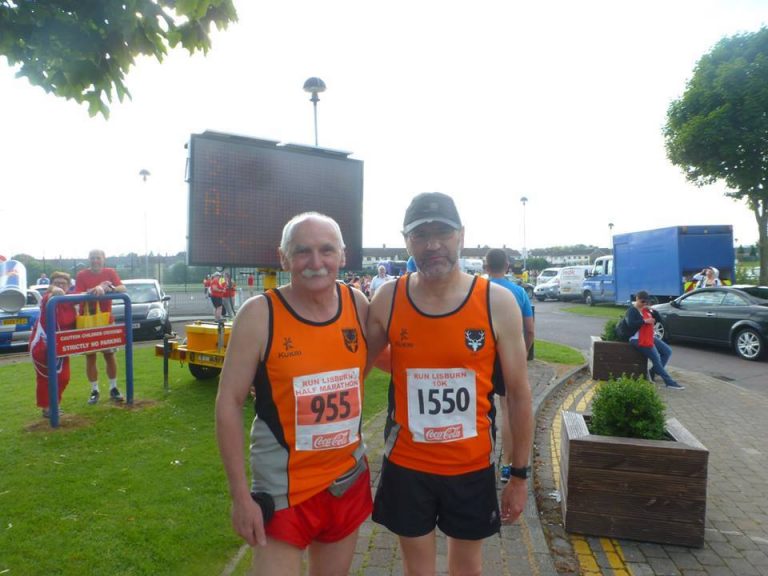 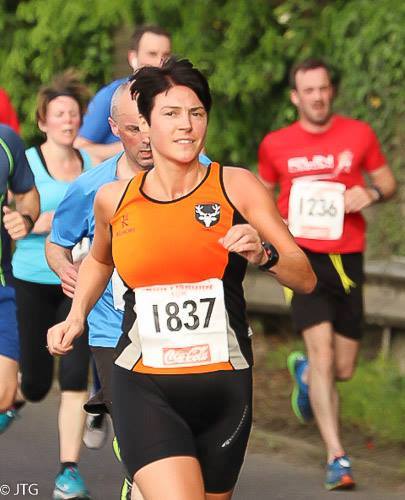