This weekend, a rather dismal one weather wise, was dominated by the 81st McConnell Shield Cross Country race at the Sixmilewater Park in the heart of Ballyclare. However, some Orangegrovers were further afield. Jill Long is in the United States taking part in the Disney Wine and Dine Half Marathon, and birthday girl Verity Cornford, home for the weekend, took the opportunity to run in a nighttime race in the lovely Delemere Forest Park near Frodsham in Cheshire. Paul and Lyndsey Tyro were in South Armagh for the Forkhill 10k. Meanwhile, Helen Charlton had a successful weekend in the Emirates in the Dubai Aquathlon.

The cross country circus moved to Ballyclare this weekend and with it a host of athletes wearing orange vests, young, old and very old.This was the third round of the Athletics Northern Ireland Cross Country League and so there was a degree of necessity to get as many pairs of trail shoes/spikes on the ground, or rather in the mud, as possible, ideally sixteen ladies and sixteen gents, in pursuit of both team points and participation points.

Verity Cornford, the lovely Cheshire lass with a name straight out of a Thomas Hardy novel, was back home this weekend in her home county for her birthday celebrations. As well as wining and dining she also took part in the Delemere Forest Night Run on Saturday evening, a fairly difficult 10k jaunt around a local forest park.

She has described the route as ‘boggy, dark and very narrow in places’ despite the obligatory head torch. I am glad to report that Ms. Cornford survived the ordeal and finished the race, despite its 400 feet elevation gain, in what she describes as a ‘leisurely 56.50’. Well done Verity! Take a bow!

Jill Long is in Orlando, United States, this weekend taking part in the Disney Wine and Dine Half Marathon which takes place in and around the main Disney complex. However, I understand that very high temperatures and severe thunder storms have disrupted the event and that it has been reduced to a 10k race instead for the safety of both participants and spectators. So, the race will be in the vicinity of the Disney Hollywood Studios only and the Disney Animal Kingdom section will be excluded on this occasion.

As yet I have heard no news from Jill. However, the attached photographs are proof that she is on site, in orange vest and ready to go, and that the race has been run and the wine is flowing! Time?….haven’t heard yet but who cares! Well done Jill Long. See you eventually!

And Jill’s result is now finally in. Jill finished the shortened version of the race in a chip time of 1.16.40 to finish in 3796th place out of the nearly thirteen thousand who took part. She was also 284th in her age group. Well done, Jill! You can now get on with the wining and dining!

Helen Charlton is certainly not a lady with which to trifle. Helen is currently in Dubai preparing for next weekend’s Dubai International Triathlon, a half ironman event. As part of her preparations she entered this weekend’s Dubai Aquathlon at the Fairmont on the Palm, at Olympic level.

This involved a 1500m swim followed by a 10k run in fairly high temperatures. Helen completed the swim in 27 minutes and, following what she describes as a ‘pedestrian transition and a positively sedate 10k’, timed in in 1 hour 23mins for fifth place overall and third place in her age group (40-49). The swim in the Triathlon is 1.9km…..so Helen has laid down a good marker for next weekend’s greater challenge.

We at Orangegrove wish her all the best! Helen is based in Dubai and offers a warm invitation to call to anyone from OAC who happens to be passing through!

On Saturday morning they were in Co. Meath taking part in the Oldbridge parkrun. On Sunday they were in South Armagh competing in the Forkhill 10k race in brutal weather conditions. Heavy driving rain and gale force winds provided a considerable challenge to the eighty or more who set out from the Peadar O’Doirnin GAA Club at 1pm on Sunday. The race was over road, trail and bare hillside.

However, Paul and Lynsey Tyro were unfazed by the deteriorating conditions and finished well up in the results, as you might expect. Paul crossed the line in 41.30 to secure fifth place overall and Lyndsey was a further five places behind in tenth place in 44.16 (second lady). Well done! Courage displayed beyond the call of duty! The race was won by Martin Quinn in 35.06 and Hannah Oldroyd was first lady in 41.08.

Sile Brennan was first OAC lady over the line in 20.41, a lady getting back to the great times she used to set about two years ago before the children arrived. Well done too Adrienne Savage, who is a better runner than she thinks, who got close to her personal best time of 29.30. Adrienne has the potential to be a fine runner and it is only a matter of time before she realizes her potential.

Parkrun started at Victoria Park on 7th May 2011 and today’s run was the 237th. During the week, Belfast City Council presented an award to the core parkrun team at a reception in Belfast Castle. The team can be justly proud of their achievement. Victoria Park parkrun is one of the success stories of East Belfast and further afield and has offered priceless opportunities for exercise and social interaction to thousands of ordinary people, many of whom, otherwise, would never have made the effort or had the opportunity. A lifeline for many, and one that should not be underestimated.

Paul and Lyndsey Tyro were in Co. Meath on Saturday and took the opportunity to run in the Oldbridge parkrun which starts and finishes at the Battle of the Boyne Visitor Centre. And run very well they did too! Paul finished in 3rd place in 19.25 and Lyndsey was 14th (5th lady) in 21.46. Well done!

And there was a little ‘one year on’ subplot in this morning’s parkrun at Victoria Park, involving Neal and Deborah Killen, Kirsty Buchanan, Adrienne Savage, Ann Devlin and Hilary Bradshaw. A year ago this Saturday morning they graduated from Jog Belfast and made the wise decision to join Orangegrove Athletics Club. This morning they met up, despite the rain, to mark their one year on anniversary. The photograph is evidence they enjoyed not only the run, but the fraternity and friendship too that membership of OAC has provided.

But, don’t forget! If it is still to be going in another five years it will need you to help out occasionally rather than run. To do so email Gerry Ward on belfastvictoriahelpers@hotmail.com. Don’t put it off or you will not do it.

Thanks to NiRunning for the use of their photos. 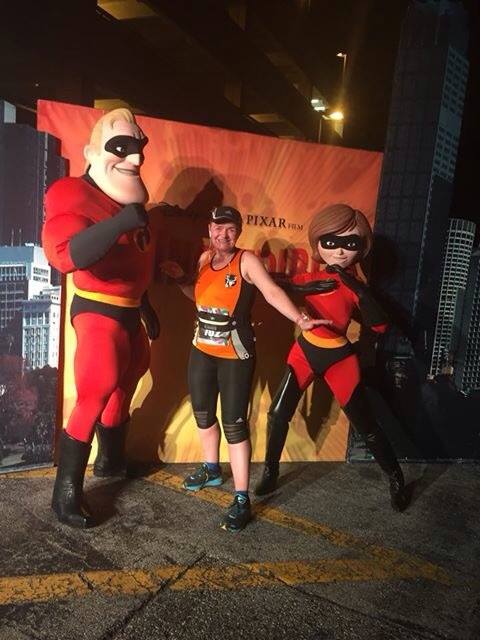 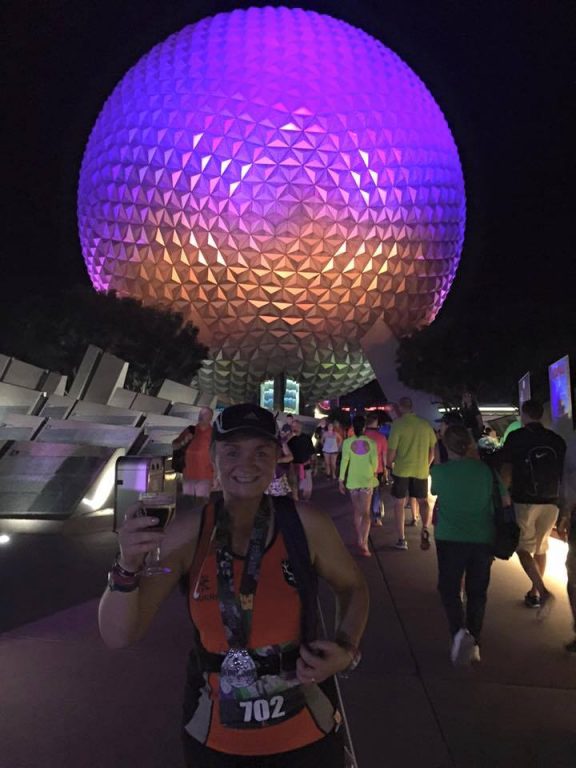 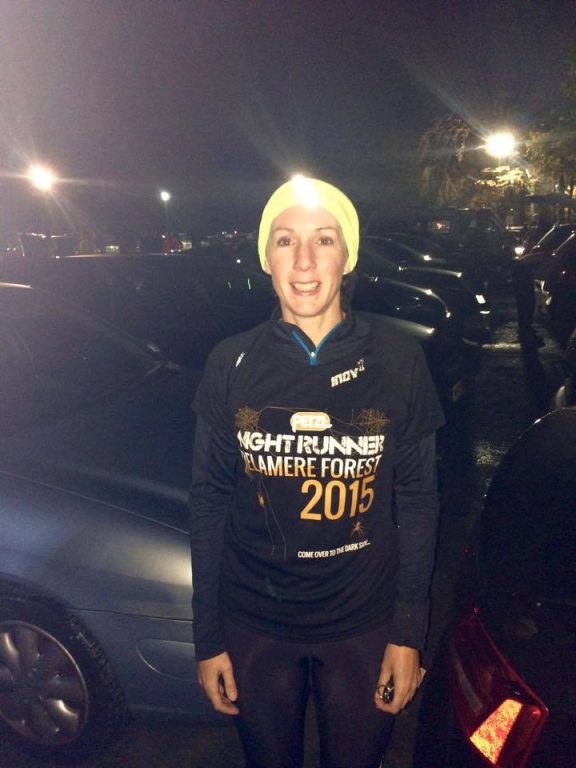 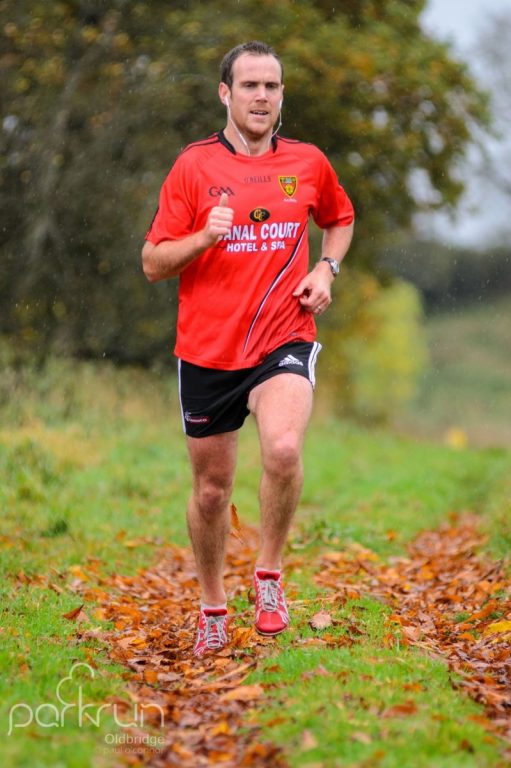 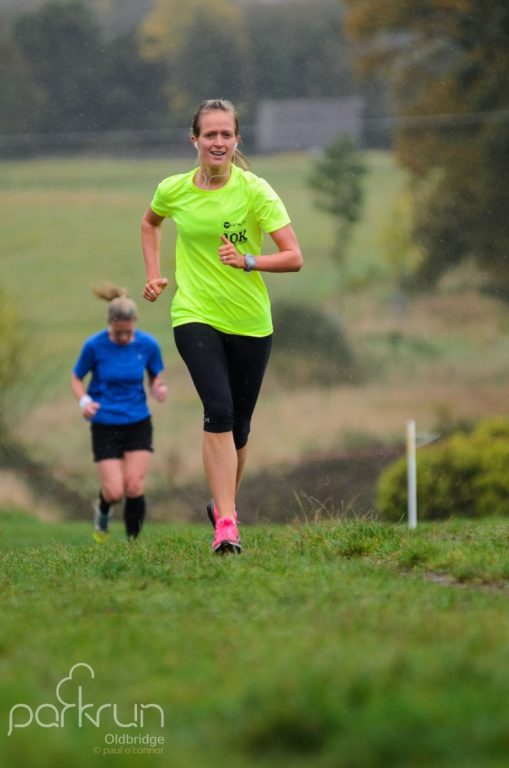 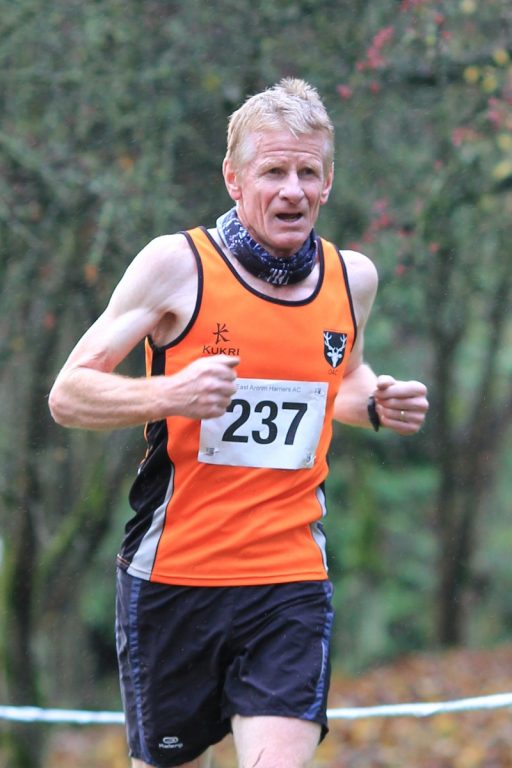 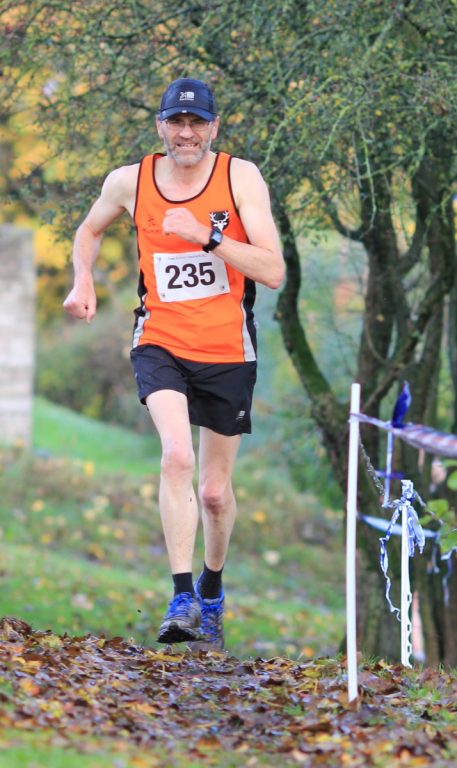 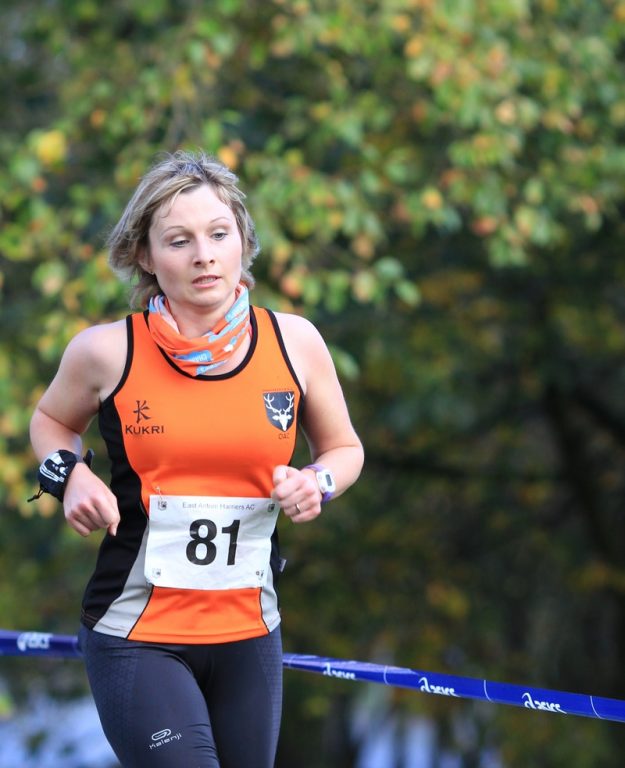 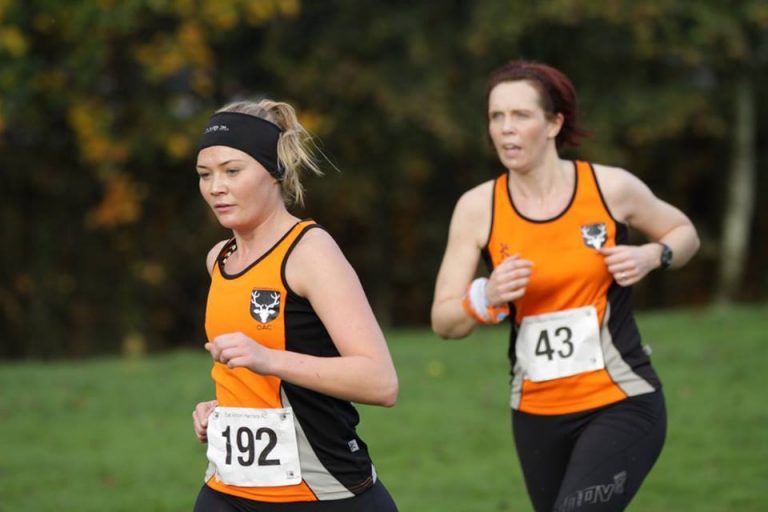 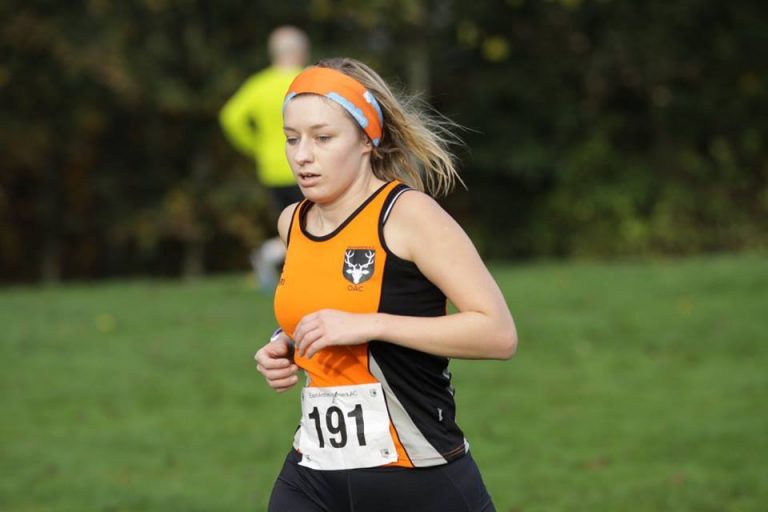 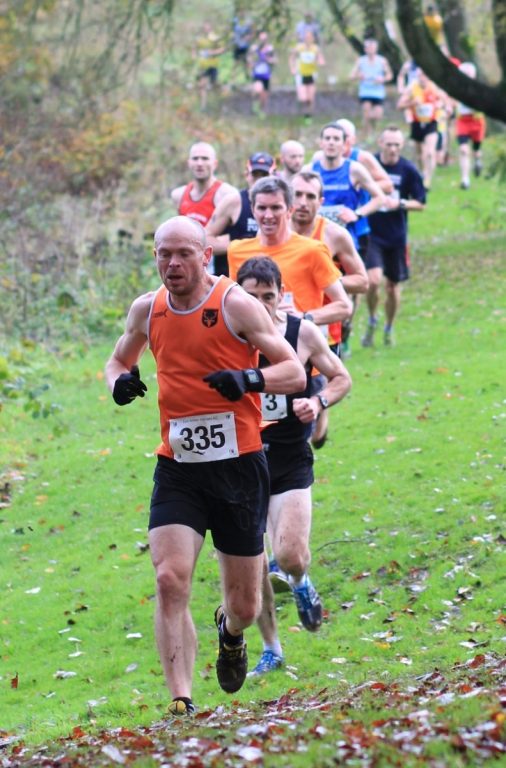 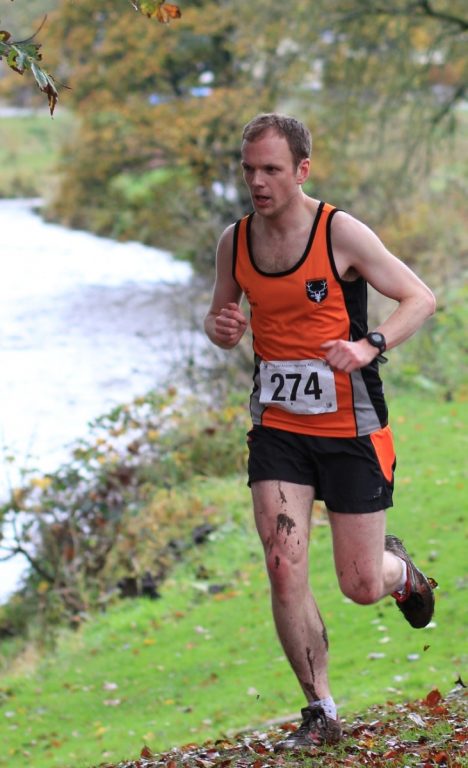 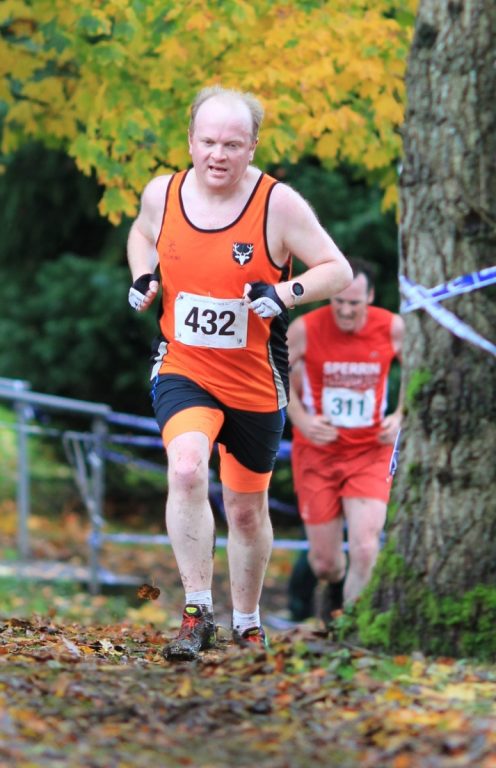 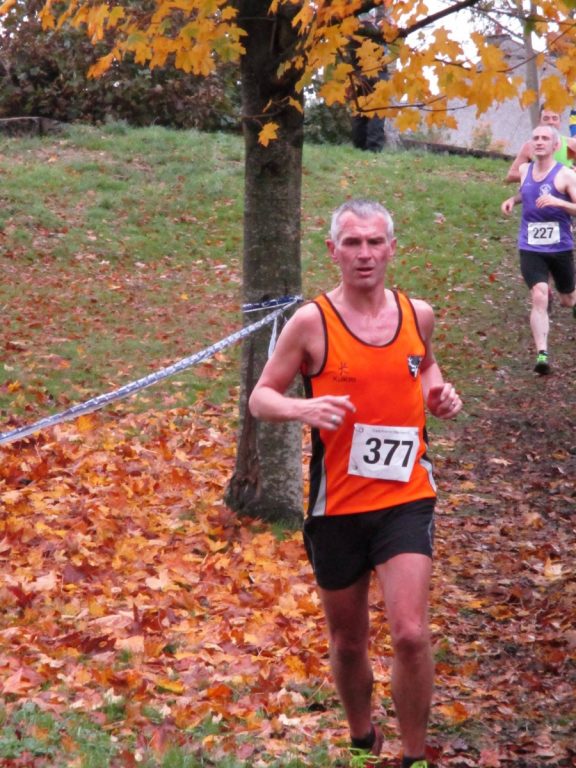 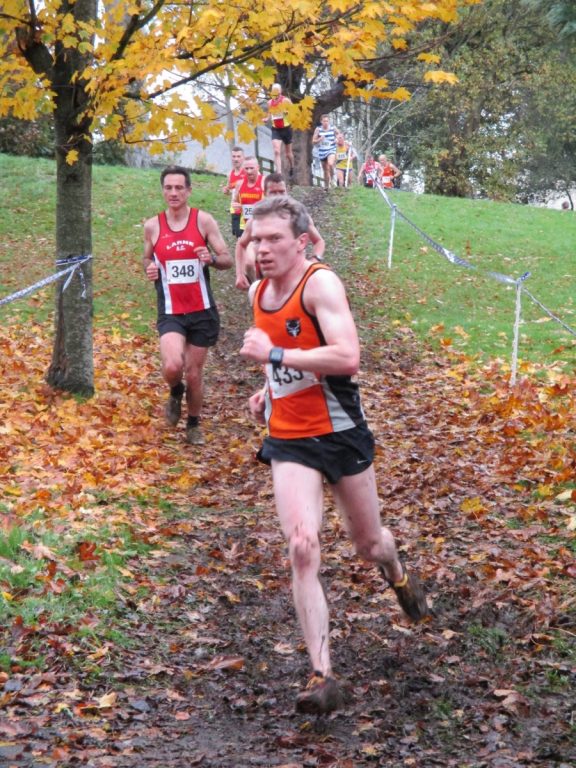 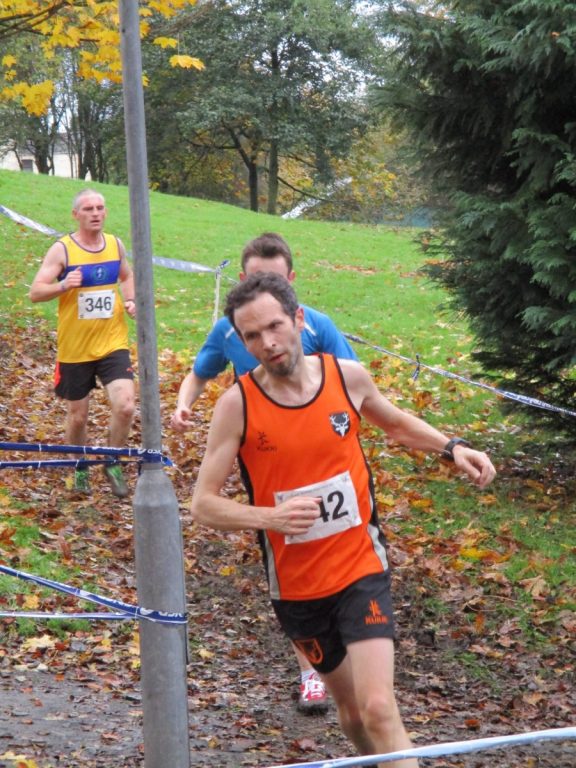 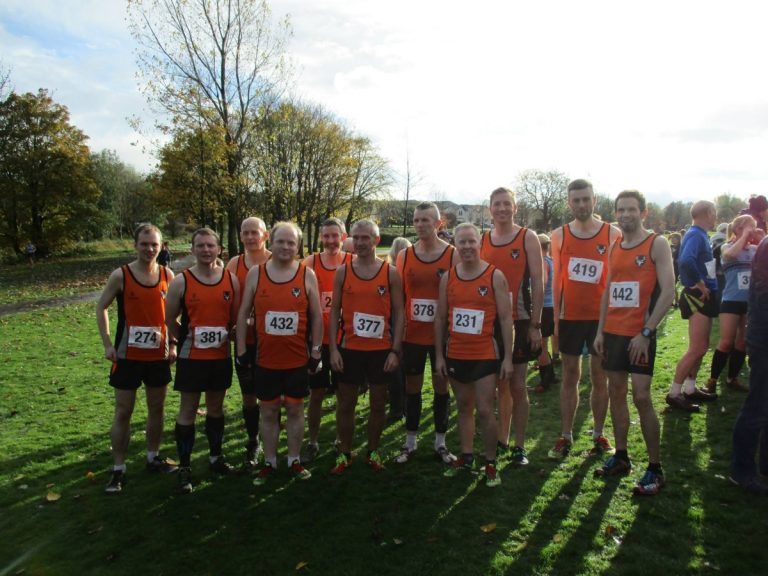 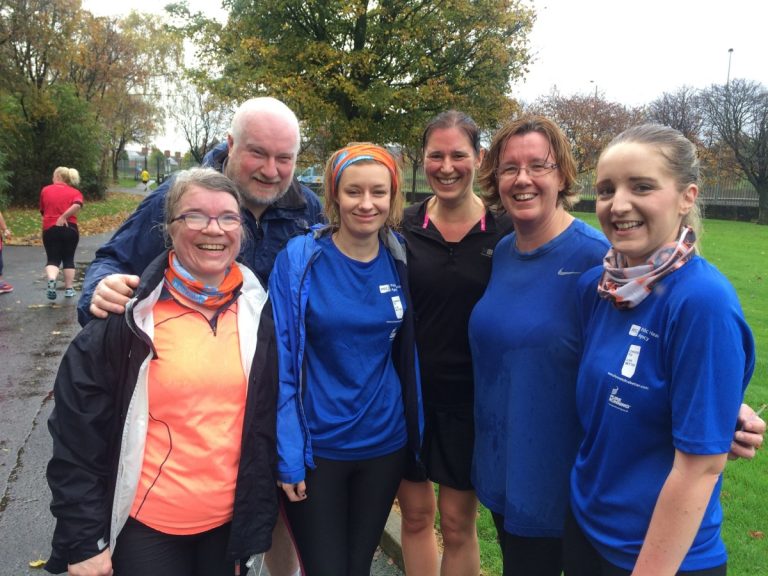 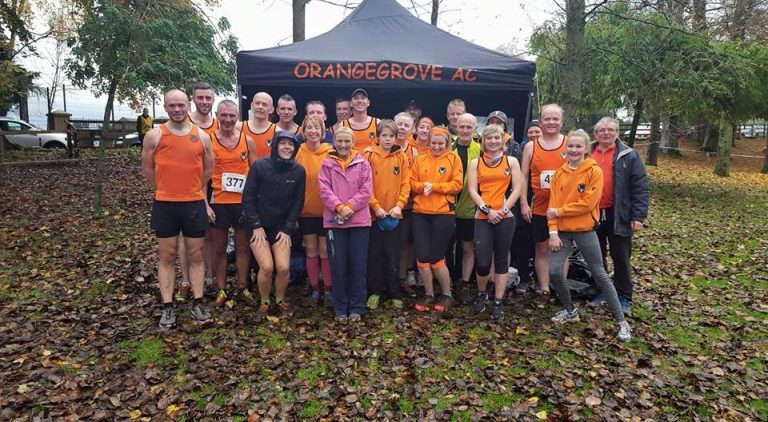 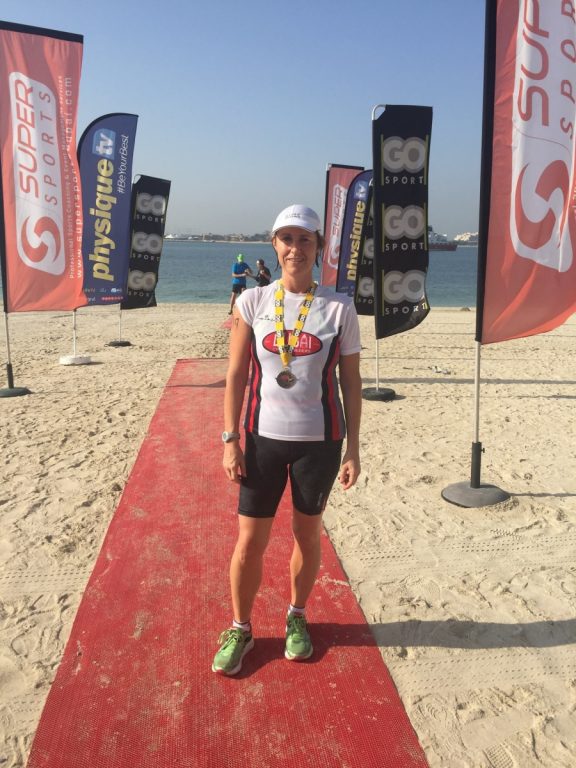 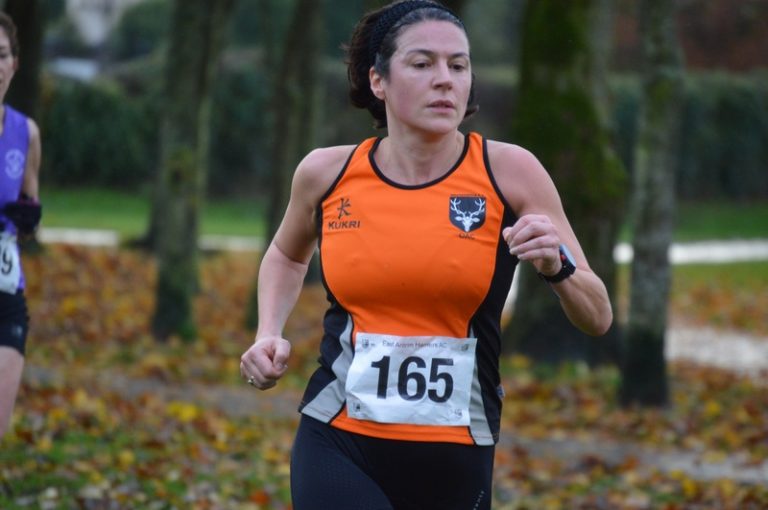 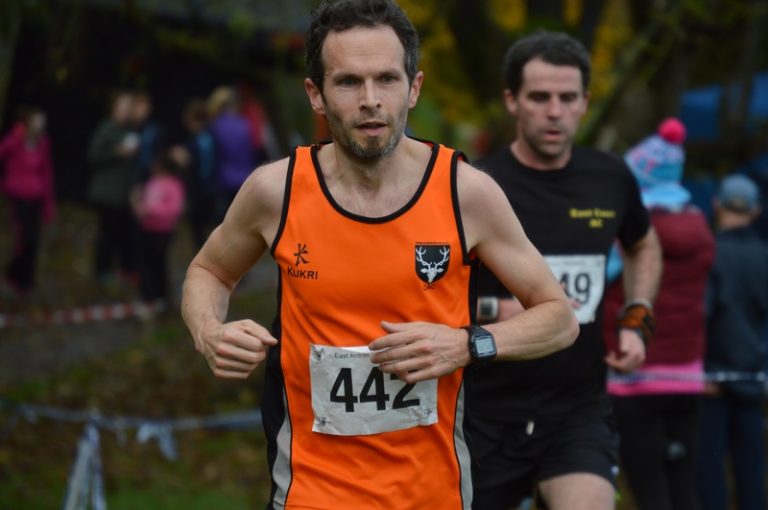