Race over the Glens

It was misty and drizzly, but surprisingly warm, at Glenariff Forest Park for the 2015 New Year’s Day, Race over the Glens, the third round of the O.A.C. Club Championship. This is a challenging race with some serious inclines… and declines which never seem to compensate you adequately.

It was a super day out for the Leitch pair, Thomas and Liz. Thomas led the O.A.C. men home in an impressive time of 44.03 (34/402), and Liz proved that her pace at Castlewellan, which nearly floored the writer, was no fluke by leading the ladies home on 54.35 for the 6 mile course… that really felt more like 60 miles.

It is currently now very tight at the top of the men’s table with only three points separating the top three, Andy McIntyre, Thomas Leitch and Robin Montgomery, with Chris Downey still very much in the hunt for a final podium position. Tim Robinson ran superbly, surprising everybody and possibly himself, finishing fourth of the O.A.C. men, to earn himself 15 points on his first Club Championship outing. Ian Grant, very much a mountain goat, ran well to edge out both Brian Todd and Michael O’Donoghue. A strong run from Stephen Hamilton saw him consolidate his already strong position. Darren Houston, Adrian Sproule, Fintan Hurl and Paul Edgar all ran well. Particular congratulations to Eoin Woodman who won the over 70 age category prize, O.A.C.’s only silverware winner at Glenariff.

Although Liz Leitch was the leading O.A.C. lady on the day, it is Emma McWilliams who currently leads the ladies championship with a very impressive 46 points from three very good runs in the three events to date. Catherine Fearon has leaped up the rankings through consistent finishing, although the formidable Sharon Dickenson remains poised to pounce on any slip up by the current leaders. Verity Cornford, who is a better runner than she thinks, is currently in fifth position and the elegant Louise Browne challenged well to score 14 championship points in her first Club Championship event. Great to see Linda Craig back from injury and scoring 13 championship points in what is, possibly, one of the most difficult races in the calendar.

Thanks to John T Glover for the photos. 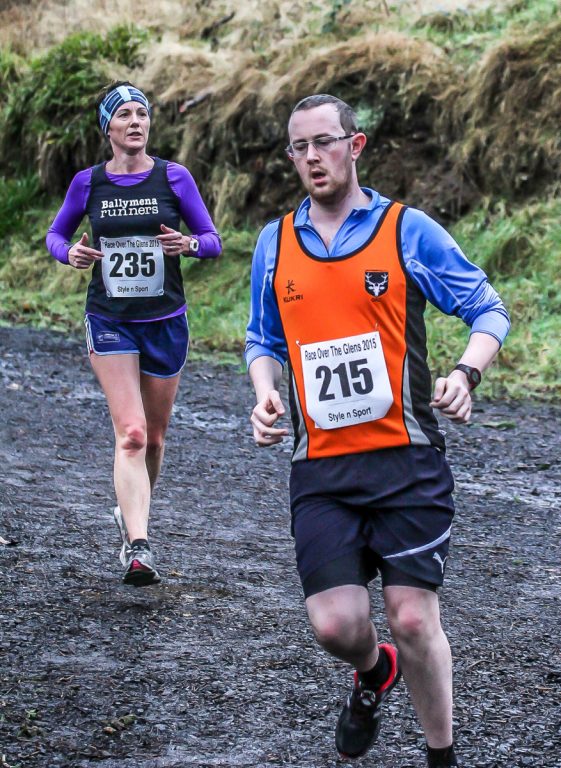 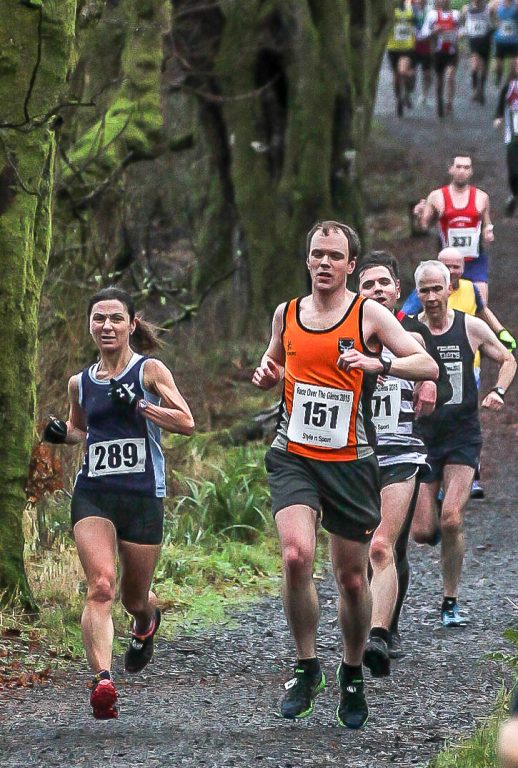 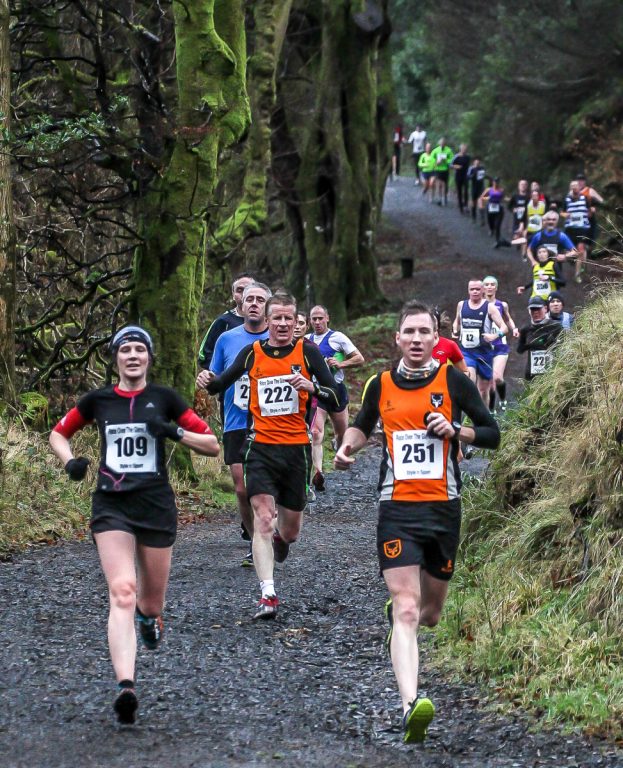 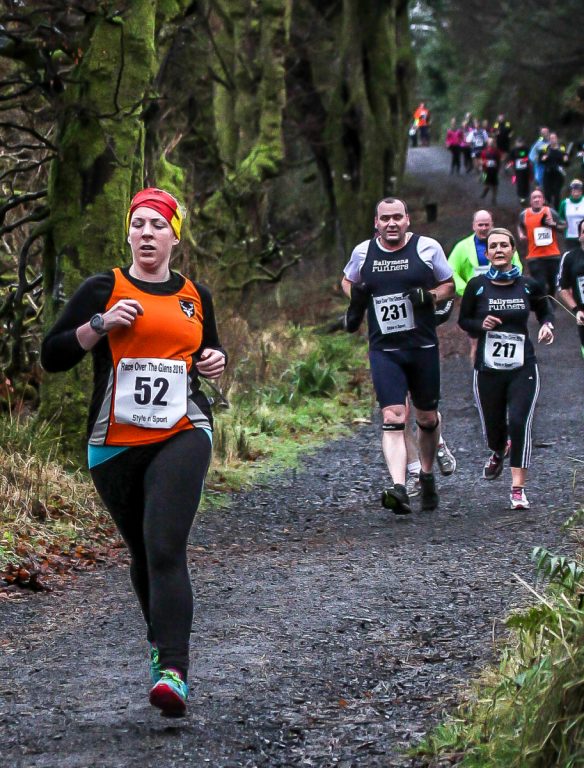 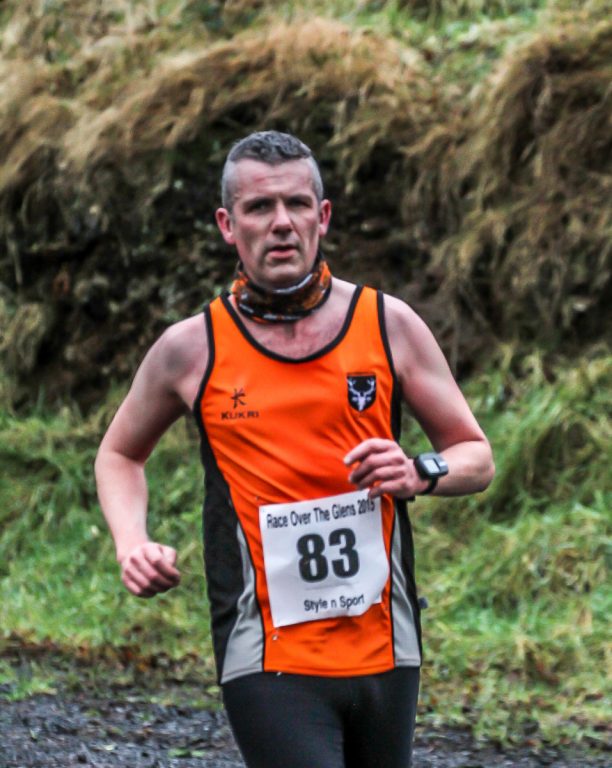 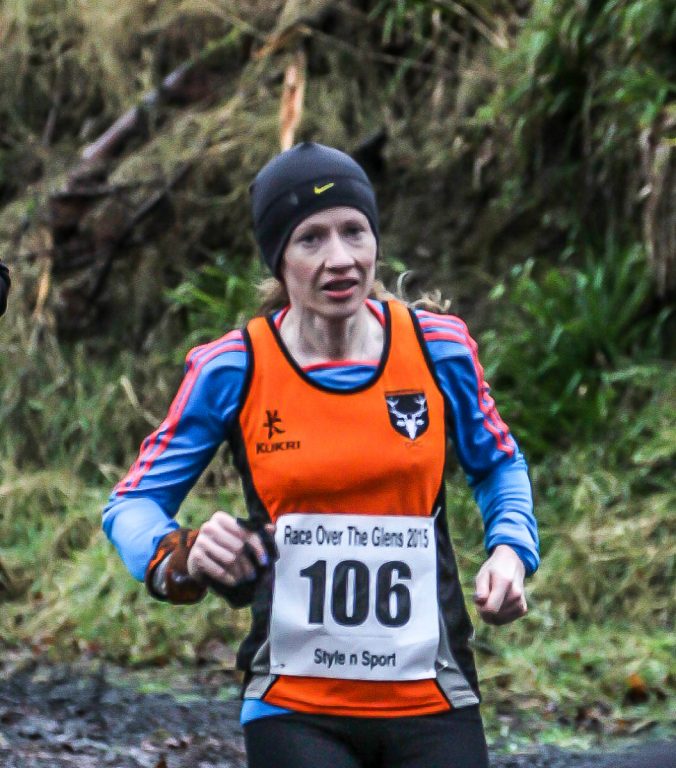 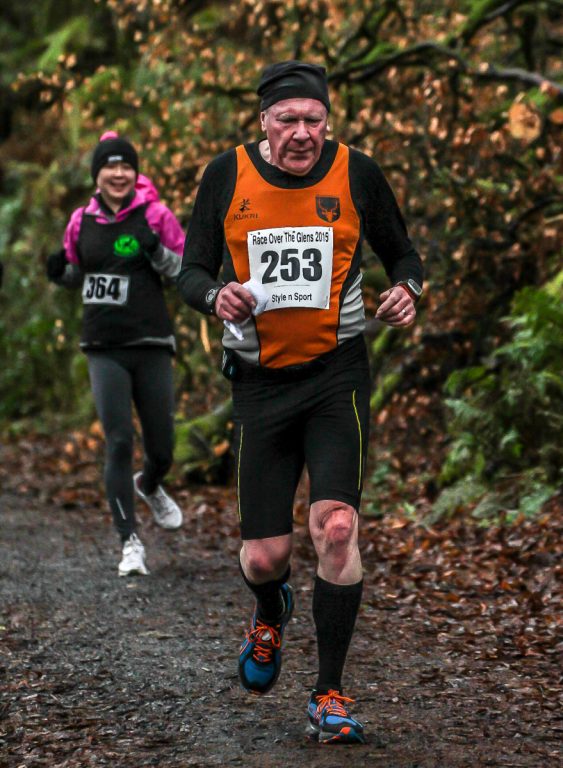 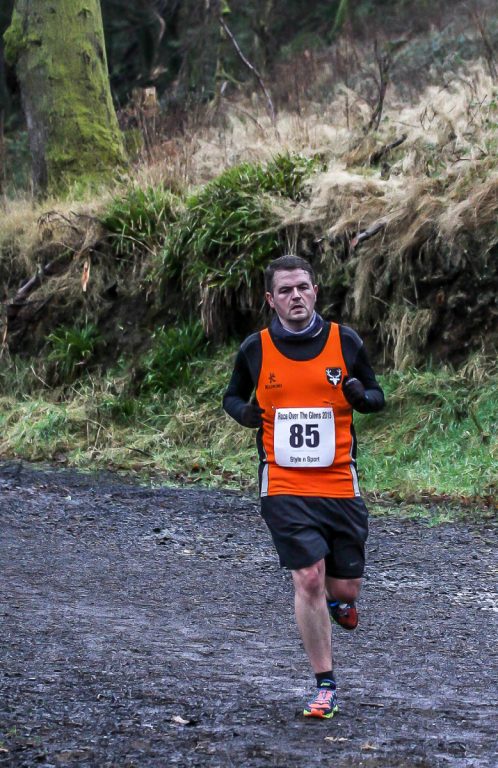 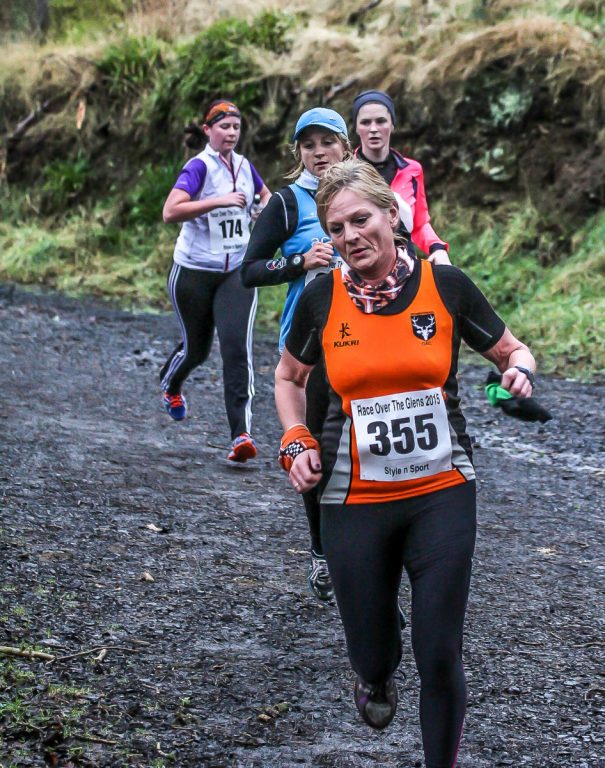 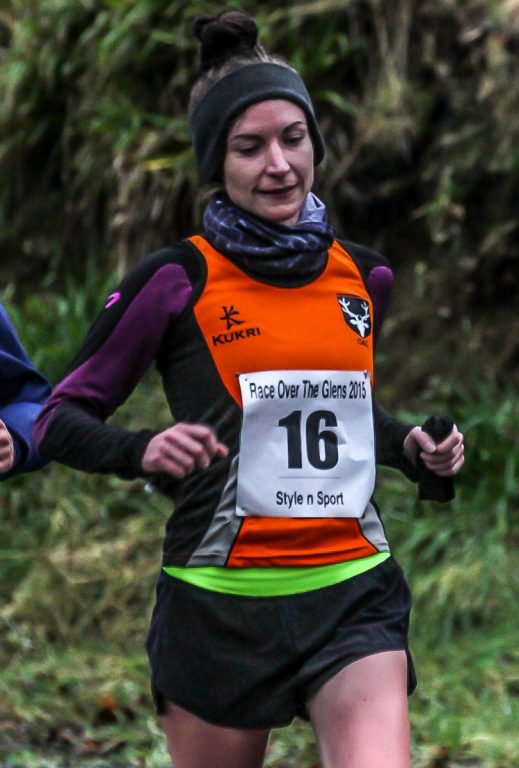 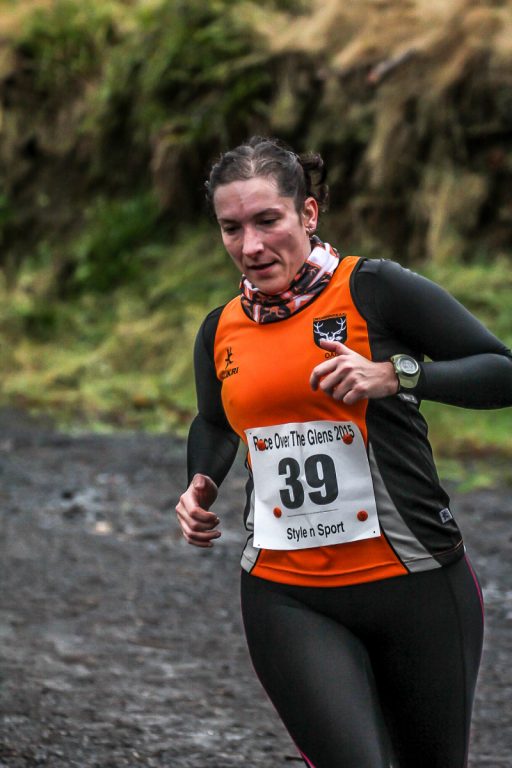 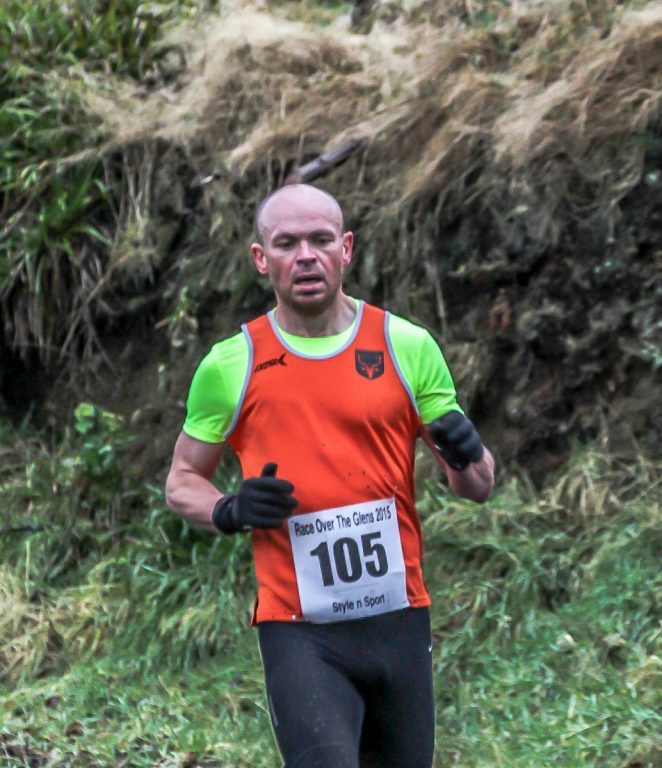 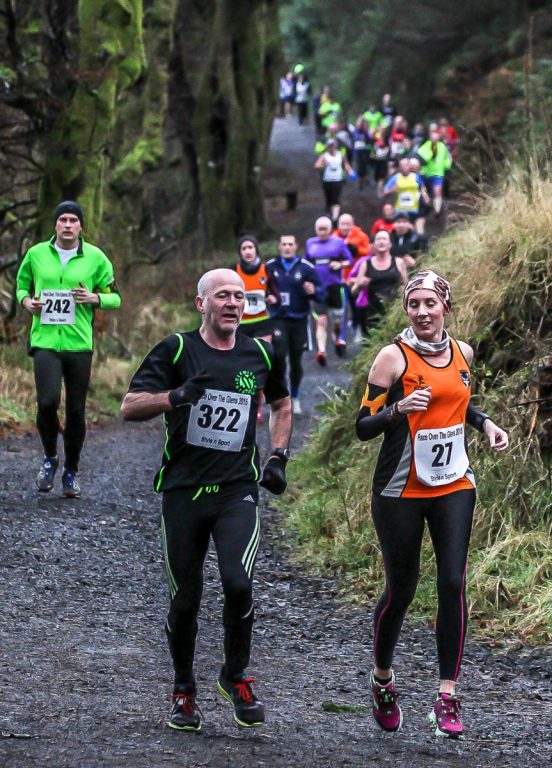