On Saturday 3rd November 2012, XC enthusiasts from clubs across Northern Ireland took part in the 78th Mc Connell Shield, in Six Mile Water Park, Ballyclare. The event is organised by East Antrim Harriers includes U-14 and U-16 races as well as senior and masters male and female.

Teams compete for the Mc Connell Shield. The ground conditions were soft and a bit muddy, there was strong running in the ladies with both Louise Lemon 21.05 and Liz Leitch 21.32 recording fast times, Sarah Steer unfortunately came a cropper on a section going over on her ankle – however even with the enforced injury walk mid race, still managed to finish in 22.37, Sarah was followed in by Sharon Dickenson, Joy McAleer, Mary Boyd and Tania Rothwell. In the mens race first OAC man home was Gary Keenan 29.47, followed by Andrew Acheson and Michael Thompson, Paul Cordner closely followed by Des Fahy in 33:34 and 33:38.

Next in for men Ray Leitch, Gavin Marshall, then team Darren – Darren Marshal, Darren Moan and Darren Moffett. This was the second xc races in the ANI XC league, OAC men are now in 6th place with 8 points, ladies also 6th with 6 points…..there are 4 races left, lots of points to be won and a trophy for the winning OAC team 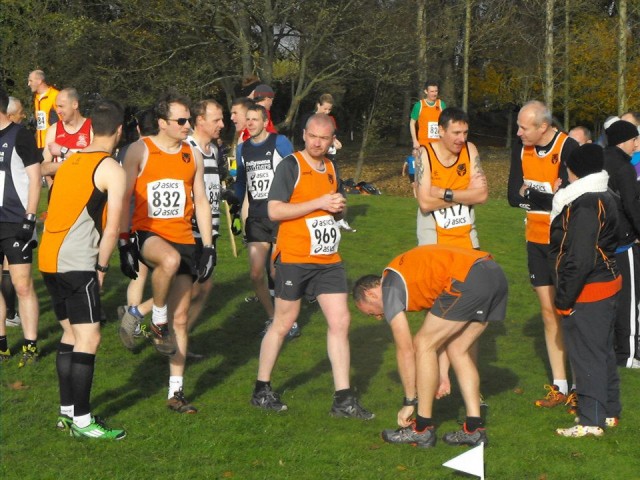