With all systems go for half marathon and marathon training there were still a number of events that kept both our senior and junior members busy this week.

This year the Acorns Cross Country Race was appropriately renamed in memory of Irwin Spiers, club coach, club stalwart and talented athlete in his own right, who sadly died suddenly before Christmas. The Club postponed their December race and this was the re-run. The course at Acorns, now completely to the rear of the Mid Ulster Leisure Centre in Cookstown, is a challenging one with plenty of elevation, decent views, a variety of terrain, copious amounts of mud and, of course, the infamous Acorns Hill. There were two main trophies on offer, both in memory of Irwin, a male team trophy and a female team trophy. Just prior to the start the heavens opened but as the first race got under way the sun came out and conditions were almost pleasant.

Whether he liked it or not, and he did, Brian Todd ran with the ladies and was 2/9 in the MV60+ race (3 laps) which was run concurrently.

The Carrick Trail Marathon was the inaugural event by organisation We Run Wild, which are an organisation that runs trail races with a difference. In this case that is not marking the course, but providing a “road book” detailing the directions you are meant to go on the route. As it turns out Carrick and the surrounding area has an elaborate number of trails hundreds of years old that go from the historic town up towards the reservoir and onto the entirety of Woodburn Forest.

I loved the event so much I went back for a 2nd time and could not resist when the opportunity came to do the marathon a third time in the dark, starting at midnight. A first for Northern Ireland plenty of other people also felt the same way, and on the night of the 1st February we had 200 runners doing the full, half or walk.

There were about 60 doing the full and it certainly proved a challenge. It was considerably muckier than on the previous occasions and even though I’d done the event twice the pitch black darkness, fog and rain made navigation more difficult. There was no support on the route on this occasion, but many of us were prepared in our mountain backpacks and navigation devices. The route was slightly altered on this occasion too, due to the sensitivities involved in having a couple of hundred marathon runners going past peoples homes in their brightest headtorches in the middle of the night. This didn’t end up making the route any longer and the route was reasonably accurate for a trail race working out as under 27 miles. I finished in 5 hours 26 minutes in 28th place, just ahead of the first lady Anna Marie McCleavy (5:51). Chris Livingstone won the race in 3 hours 46.

Lisa Fleming was in the better attended (and probably more sensible half marathon event). This shadowed the full event for the first hilly miles before branching off at the Lough Mourne Reservoir to head back down towards the coast. Lisa finished in a respectable time of 2.29 accompanied by legendary parkrunners Cathy Fraser and Hannah Macleod. The Half was won overall by the ever impressive Karen Wilton (Jog Lisburn) in 1.45, who I believe judging by the start ran the whole race with her dog. Another great event by We Run Wild, and they have many more planned this year.

The 7th and penultimate race in the popular series was held at Antrim on Saturday. It usually attracts the biggest crowd due to it being the flattest race of the series. As usual there was the 5k and the 10k option. Olympic boxer Paddy Barnes took part in the 5k and finished inside the top 20. However Orangegrove’s David Doey pulled no punches by taking on the 10k event which leaves Antrim Castle Gardens, heads out the Randalstown Road before turning into the trail that leads to Shanne’s Castle. It is always a very enjoyable and scenic run and David completed the course in 58:10 finishing 283/593. The 10k was won by Mark McAvoy in a time of 34:09 and Louise Smith in 37:45.

Last weekend, Gavin McGucken and Gillian Logan combined a weekend of wedding planning with a half marathon….as serious runners do!!!

Torremolinos Half Marathon is an annual event held on the 1st Sunday of February and attracts participations from all over Europe, with a strong presence of NI runners.

Starting and finishing in the impressive sports complex just outside the costal resort, runners take on a tough but scenic run through the beautiful Andalucian town.

The weather was perfect for a bit of warm weather training with temperatures around 16 degrees with a light breeze for the 9.30am start.

Gillian was returning to take on the event for the 4th time and Gavin for the 2nd. Gillian produced a course PB of 1.43.04 knocking 3 minutes off last years time and 56 seconds off her previous best time. Gavin came in with a strong 1.28.20 finish.

At 15 euro entry with great post race hospitality and race pack, it’s an event everyone should incorporate into their running plans for 2021. It was back to wedding plans for the husband and wife to be, who will marry not far from the race location in May this year!

The Juniors club made the long trip the Nation Indoor Athletics Stadium in Dublin…and it was certainly worth the trip. The medal and PB list was impressive.

Well done to everyone ….super weekend of medals and PB’s…..and good Luck to all those who have qualified for the All-Ireland Championships.

As always the biggest turnout was at Victoria Park with 19 runners. Luke Harte was fourth finisher in 17:55. John Gribben was on his travels at Huddersfield, but furthest travelled were the Tyros who ran in New Zealand. Paul was the third finisher and Lyndsey was the first female finisher. Mark Lennon ran a PB of 19:22 at MUSA, Cookstown. Elaine Weston was a first timer at Carrickfergus while Keith Weir was getting in good practice for the club’s naked parkrun with a second place finish at Valley.

A full consolidated list can be found via link below 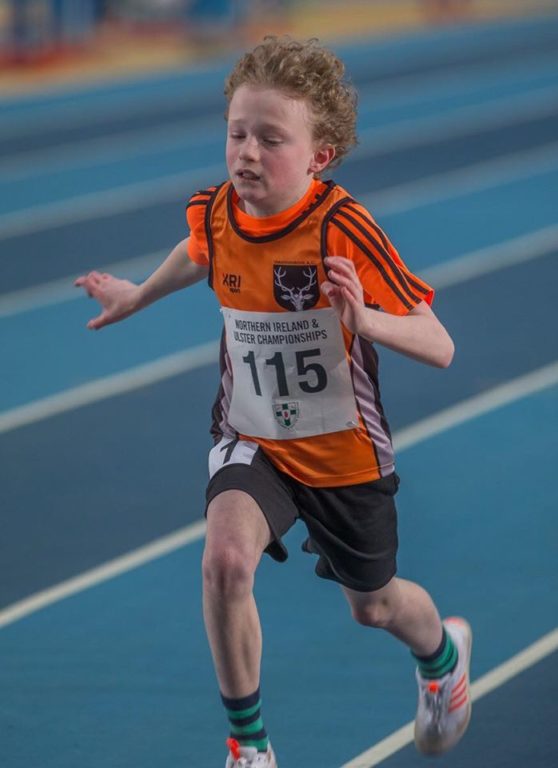 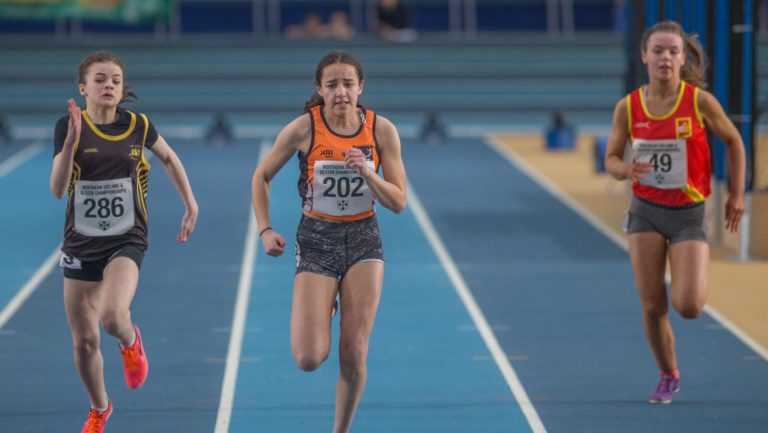 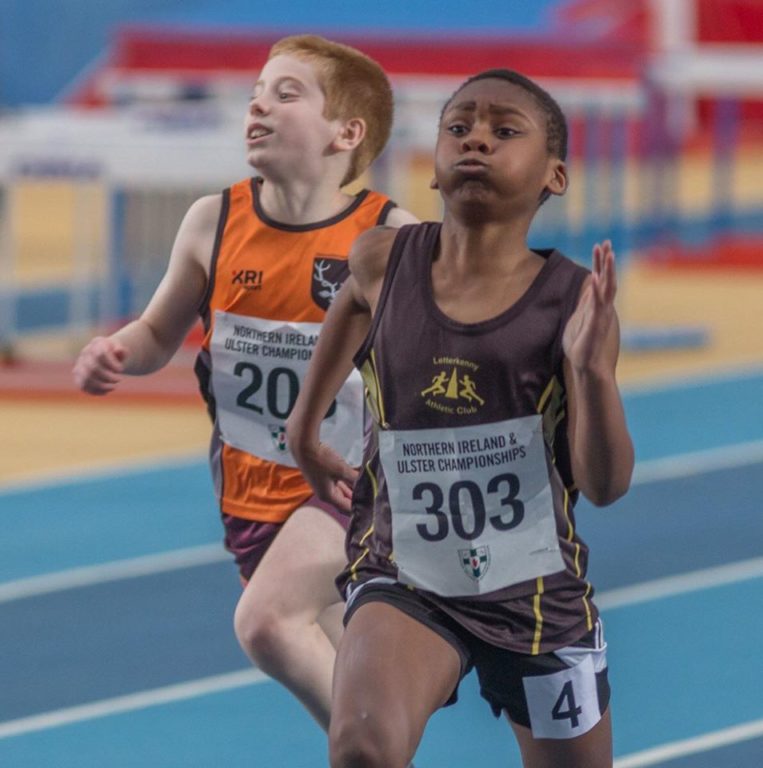 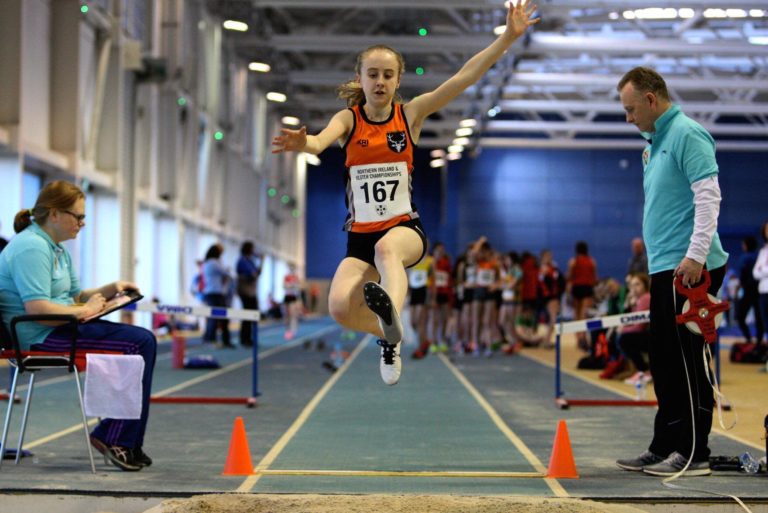 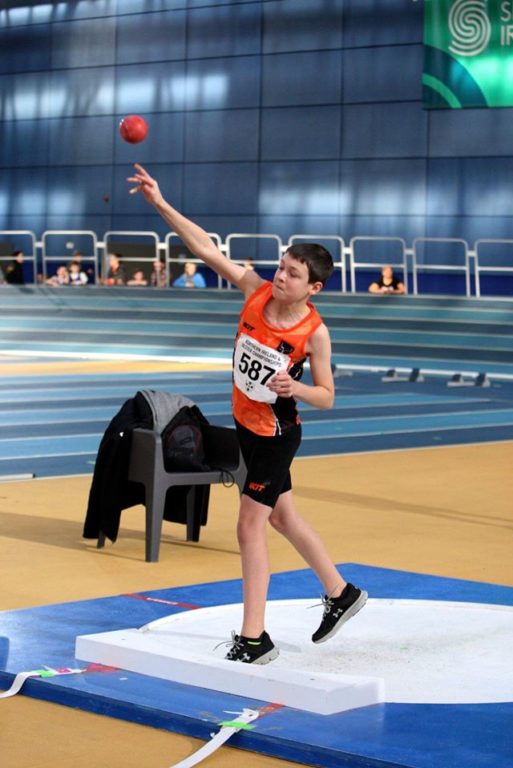 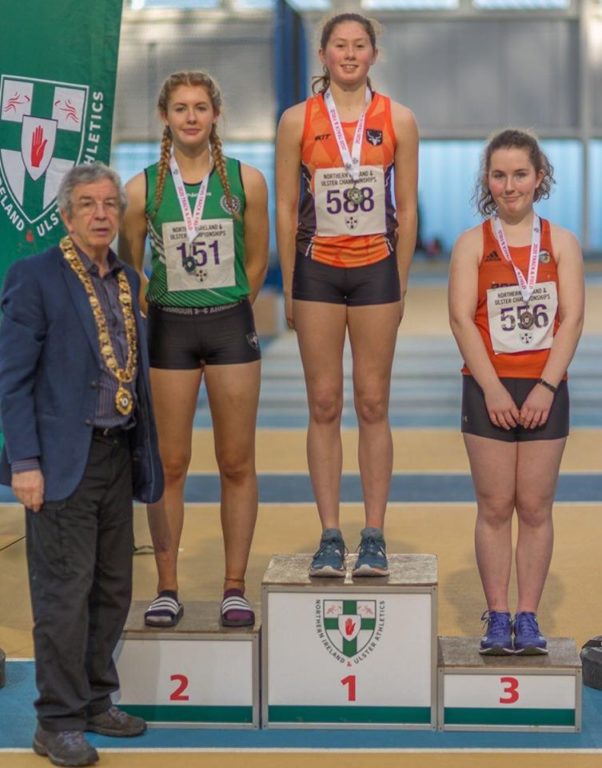 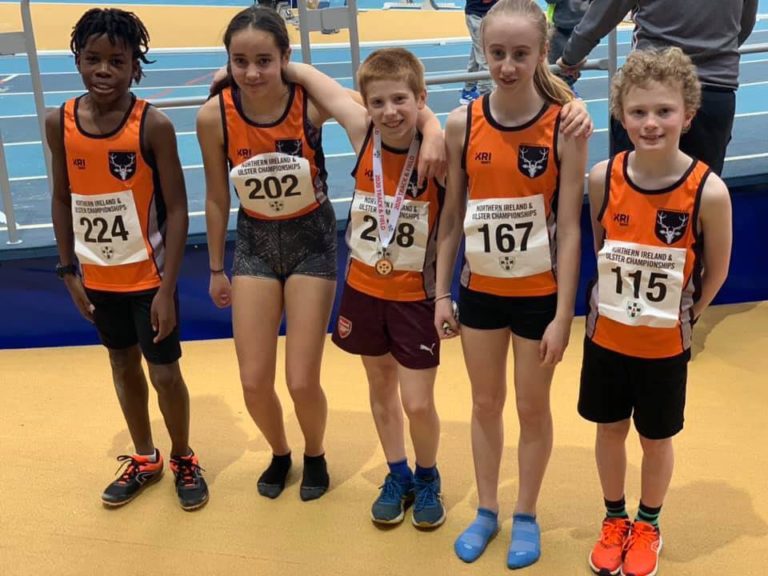 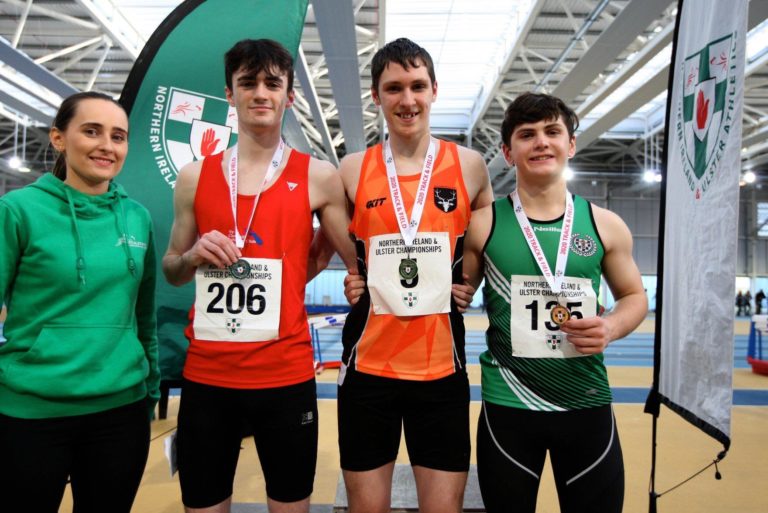 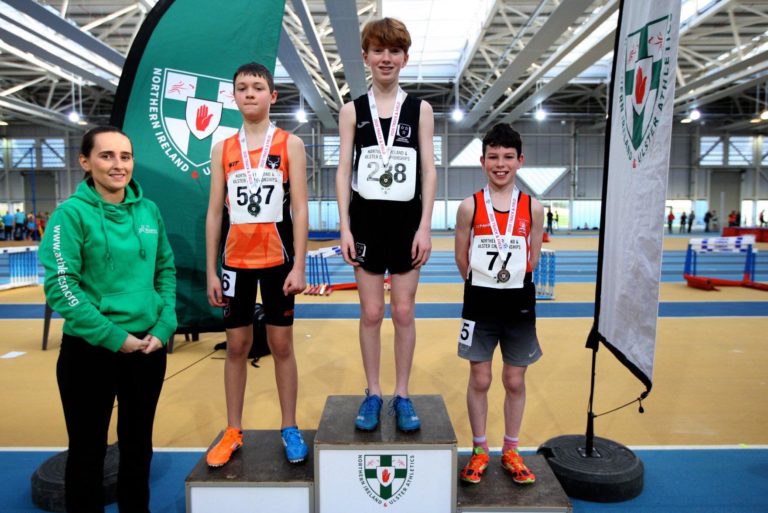 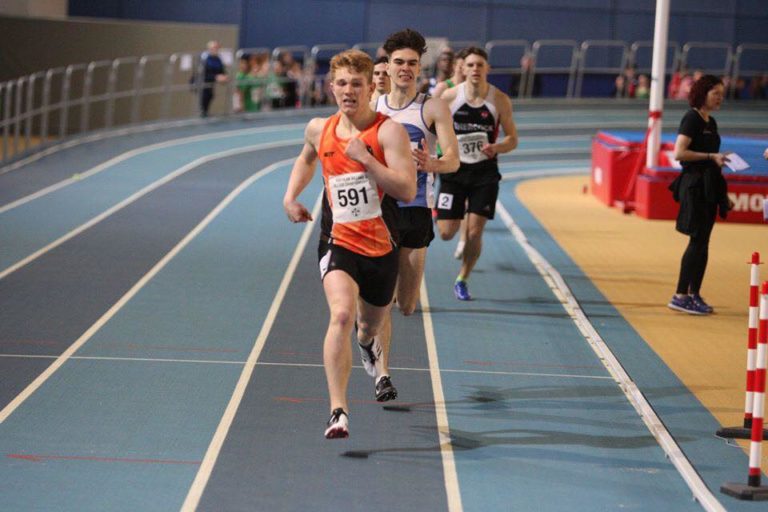 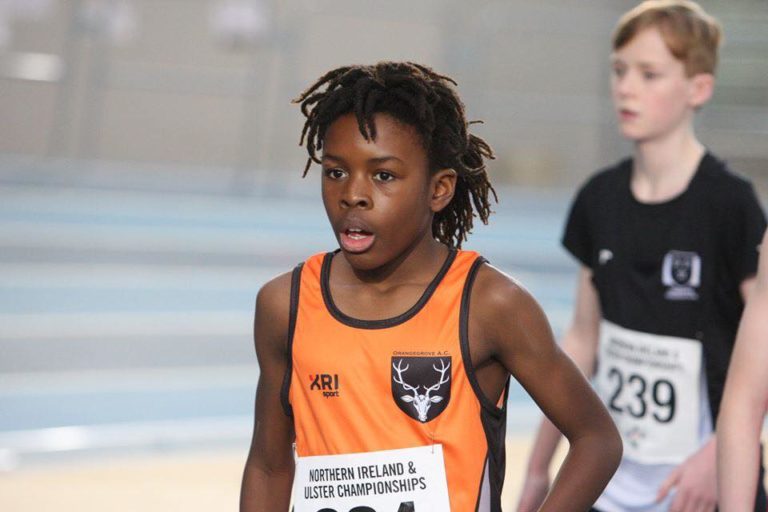 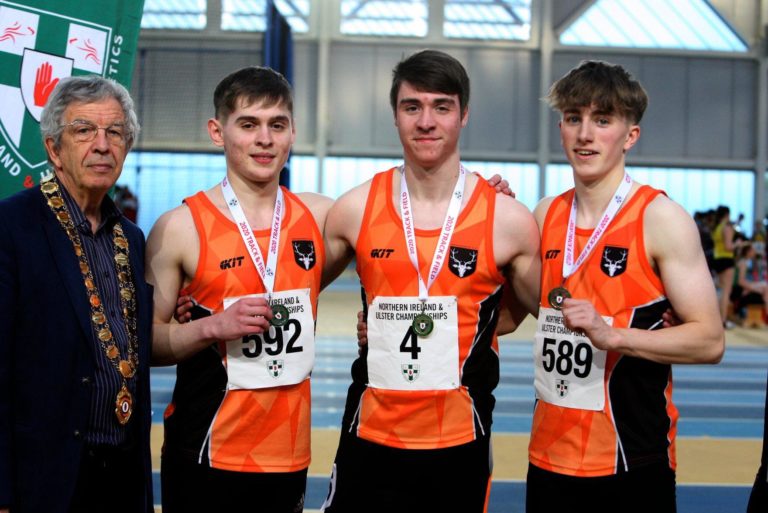 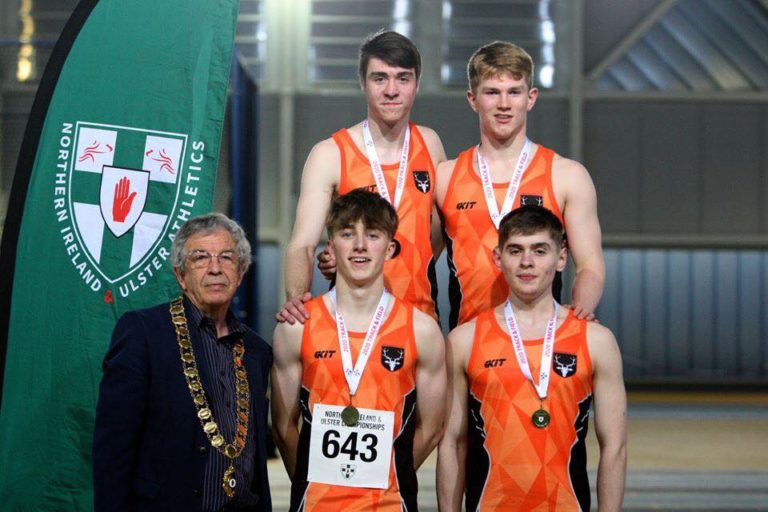 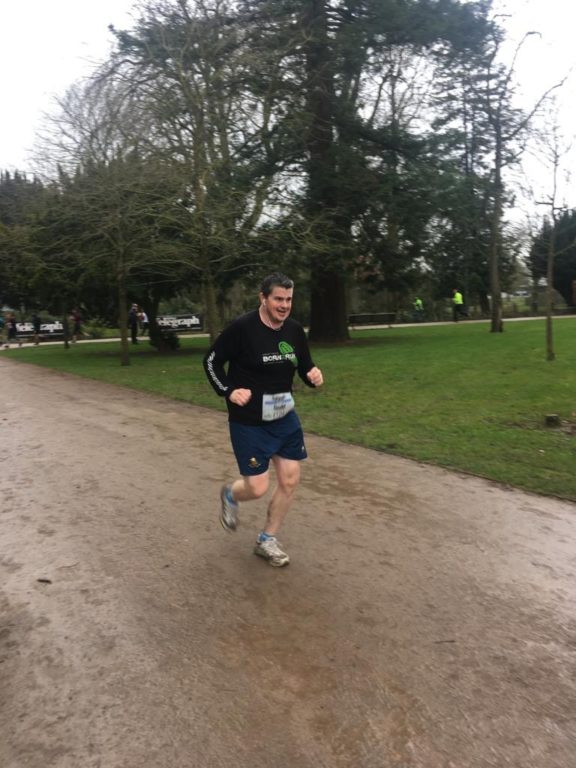 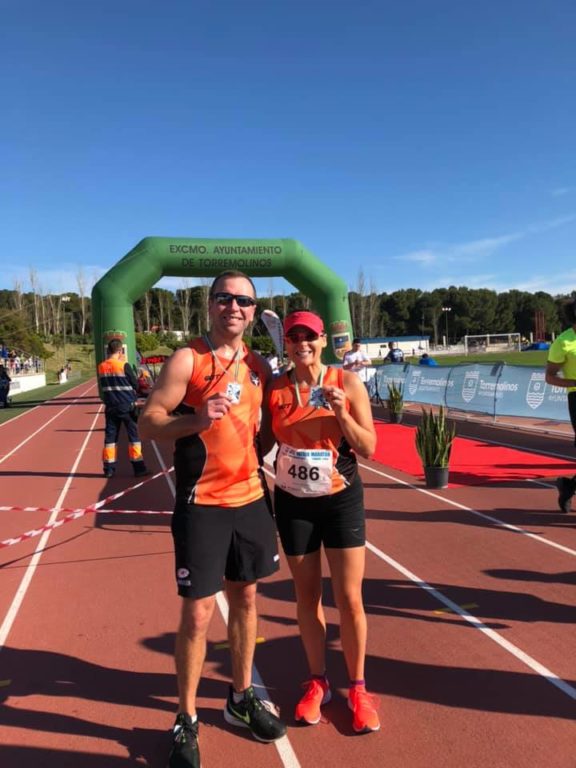 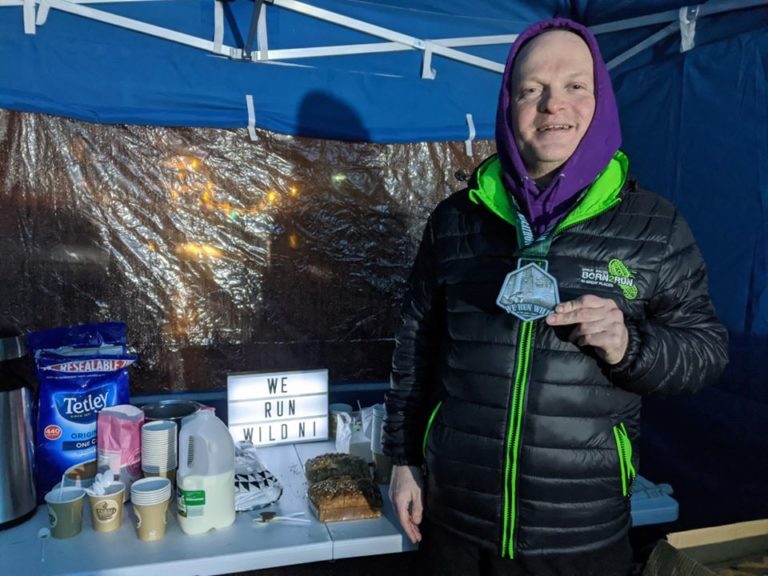 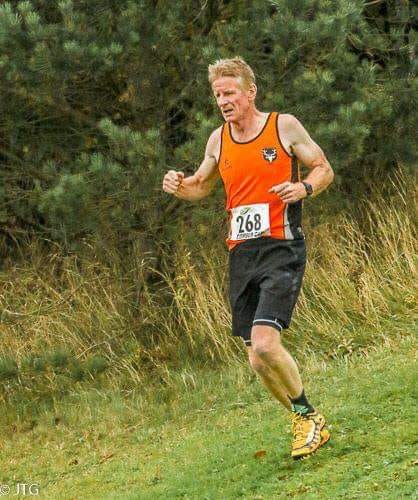