This week in NI the decks tend to be cleared for the Seeley Cup which is one of the last big races before the xmas season. I journeyed down to Cork for a marathon, and there was lots of parkrun action.

In its 38th year, and one of the most high profile and oldest races on the calendar, the Seeley Cup had over 830 runners at the start line.

This year we had many strong performances, not just from our club, but all round with over 20 runners completing the 10k in under 32 minutes. The winners in the race were Ben Branagh (St Malachys) 30:25 and Ann-Marie McGlynn (Letterkenny) 33:41.

We had been specifically training for this one and our coaches did a great job, and as it turns out, the recent training had benefits for those not doing Seeley and targeting parkrun instead as we’ll see.

Solid results from everybody and it’s great to see Lyndsey and Rachel make returns to form.

Reaching its 10th year, and selling out for the first time with a total number of entrants well over 2000, Clonakilty is an event I’ve had my eye on for some time. It’s quite a high profile marathon in a rather scenic part of West Cork. These days with the rise of organisations like EAMS and EOI it’s nothing special to have marathons throughout winter, but 10 years ago a marathon set at the beginning of December seemed crazy when marathons traditionally were set in either spring or autumn.

When actually doing the race it did occur to me that running a marathon at this time is indeed a crazy idea as the weather was pretty appalling with strong winds and rain for much of the event. The race made sure to visit the coastline with the pretty beaches at every opportunity for maximum exposure to the wind. It was also pretty hill for a road marathon with some 1400 feet of climbing.

I didn’t let all this dampen my spirits too much and got round in a time of 3:54:25, to be treated to some decent hospitality at the hotel at the finish line.

With Seeley on the horizon that day parkrun attendance was slightly subdued, but there was some quality parkrun tourism and some impressive PB’s.

Gavin McGucken got an amazing PB of 18:08, making decent gradual progress towards a sub 18 time. Gillian Logan also did amazingly, knocking nearly a minute off her previous PB with a time of 21:26, even beating her time in Downpatrick the previous week under race conditions. James McClean got a PB in the not entirely flat trail route of Castlewellan going sub 21 for the first time (20:54). Steven Gilliland also got a Stormont course PB of 22:43. There was also OAC representation at other Belfast parkruns like Queens, Ormeau and Orangefield like you’d expect.

What you wouldn’t expect to see is 3 intrepid members appear in the Lower Drummans parkrun results on the north coast. Also known as HM Prison Magilligan, the parkrun is considered a holy grail for local parkrun tourists as you need special permission to be able to do it. Amongst the parkrun enthusiast community it isn’t actually required to complete to be able to call yourself a “regionnaire” (doing all parkruns within a region) but there is a demand for it. It was a good occasion to do it as it was also its 100th event and had quite a few runners from other clubs joining the prisoners. The route itself consists of several laps of the exercise yard, which as it turns out was conducive to good times. Kim Reynolds scored herself a parkrun PB with a time of 22:51. As did Alison Canning with a time of 21:54, a PB of at least a minute. David Doey was also in attendance and got a time of 27:14. 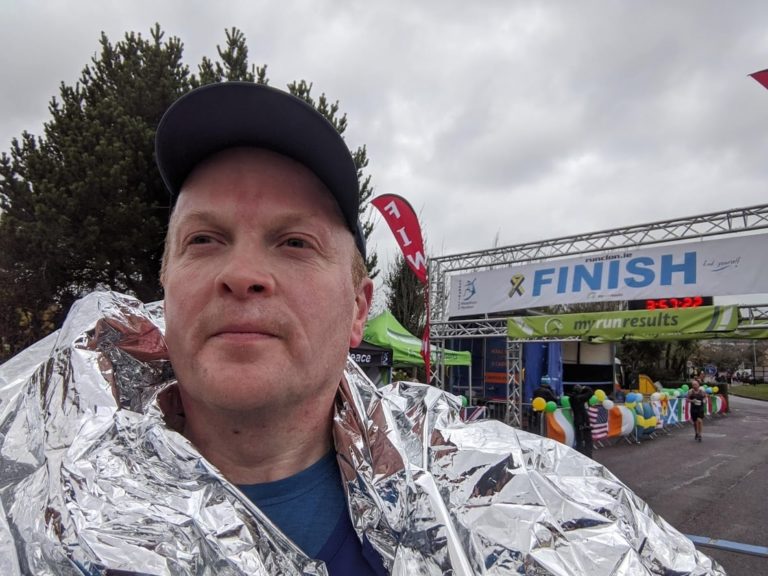 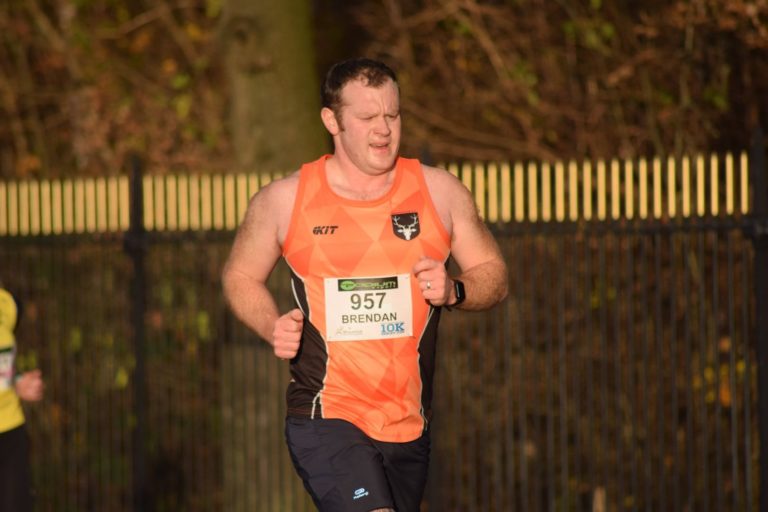 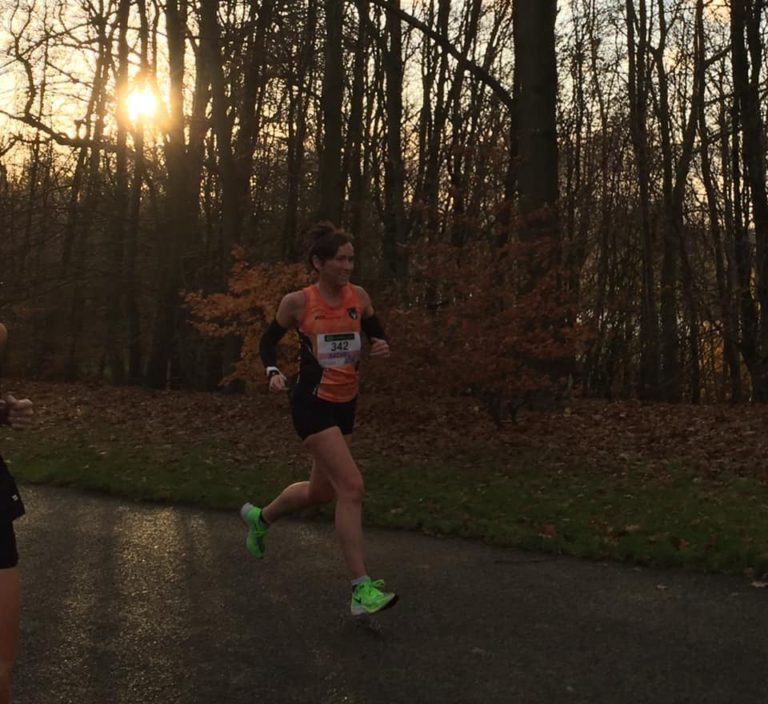 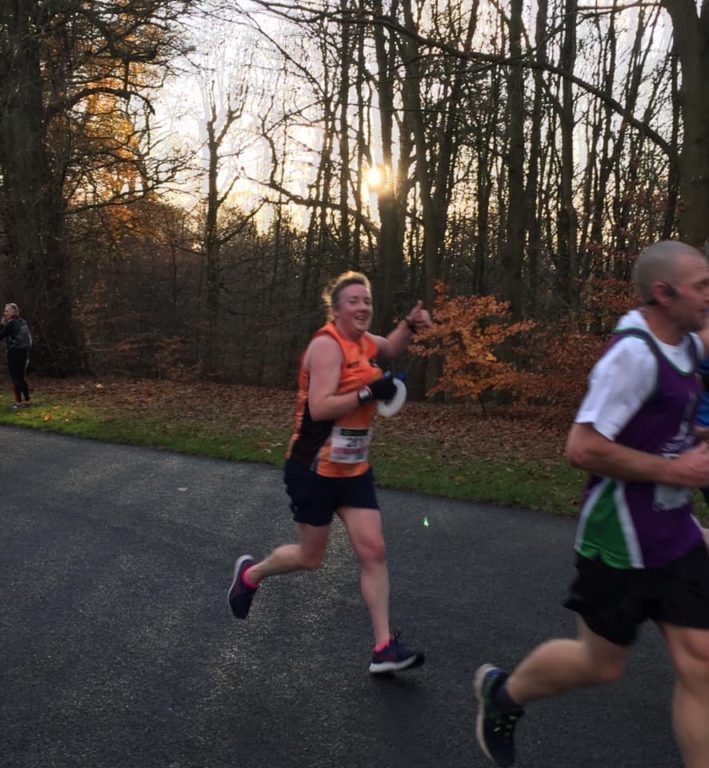 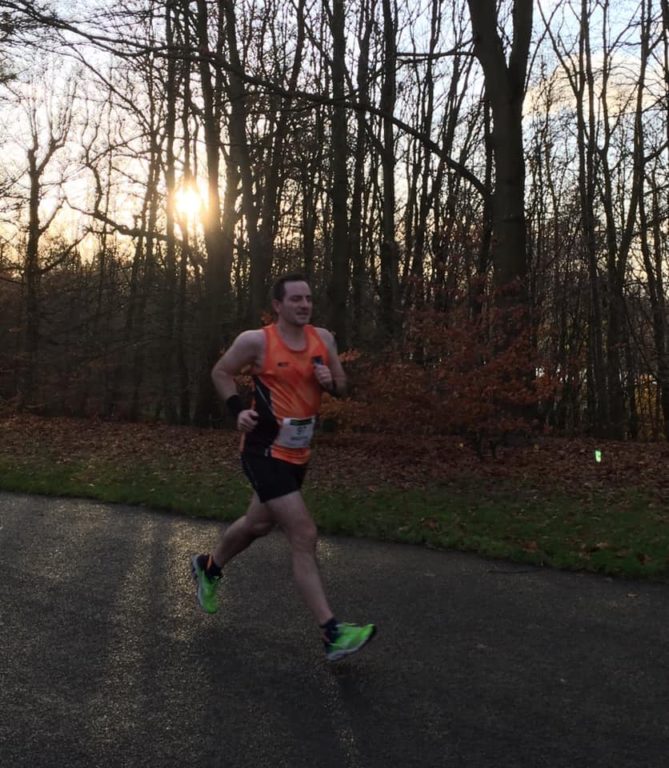 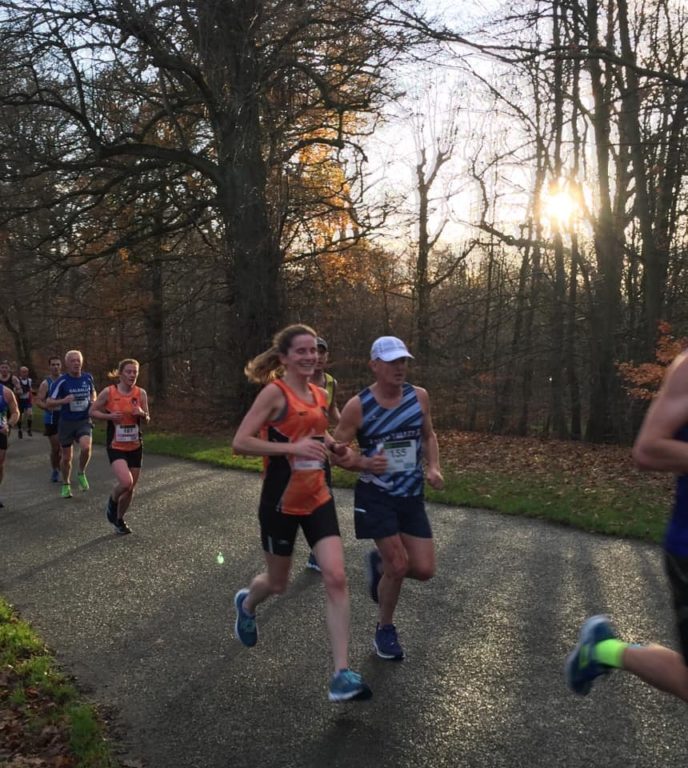 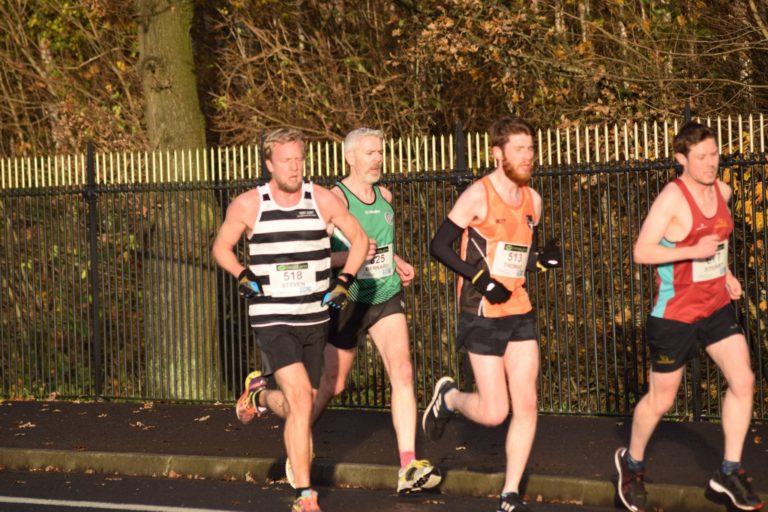 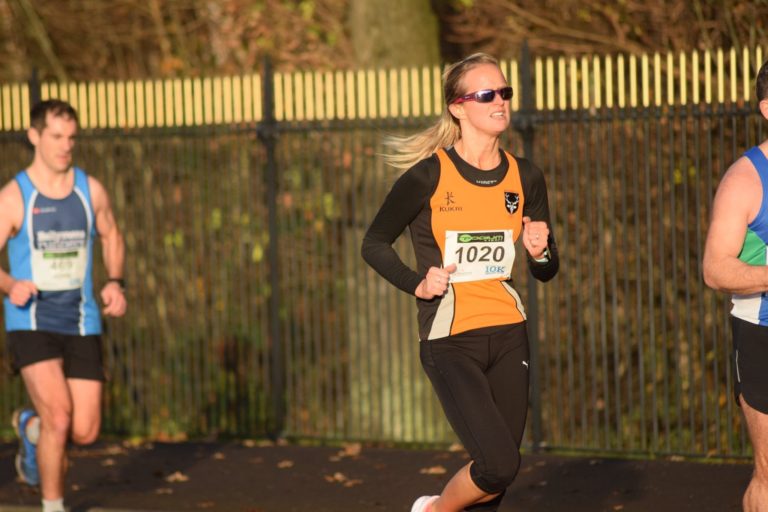 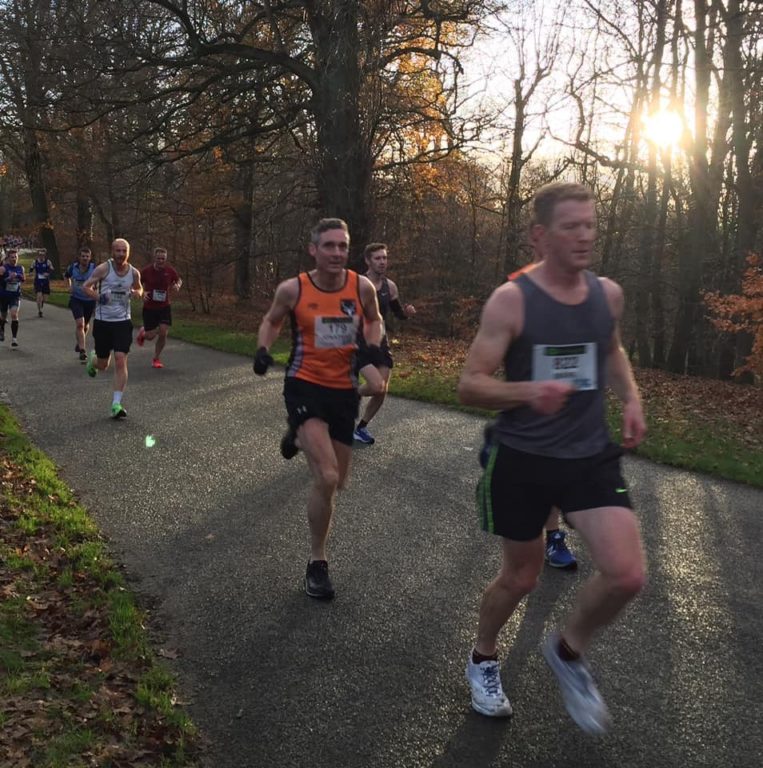 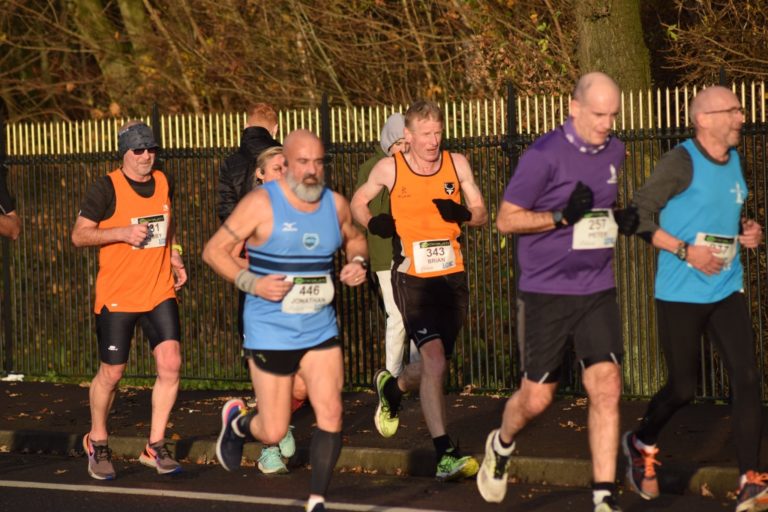 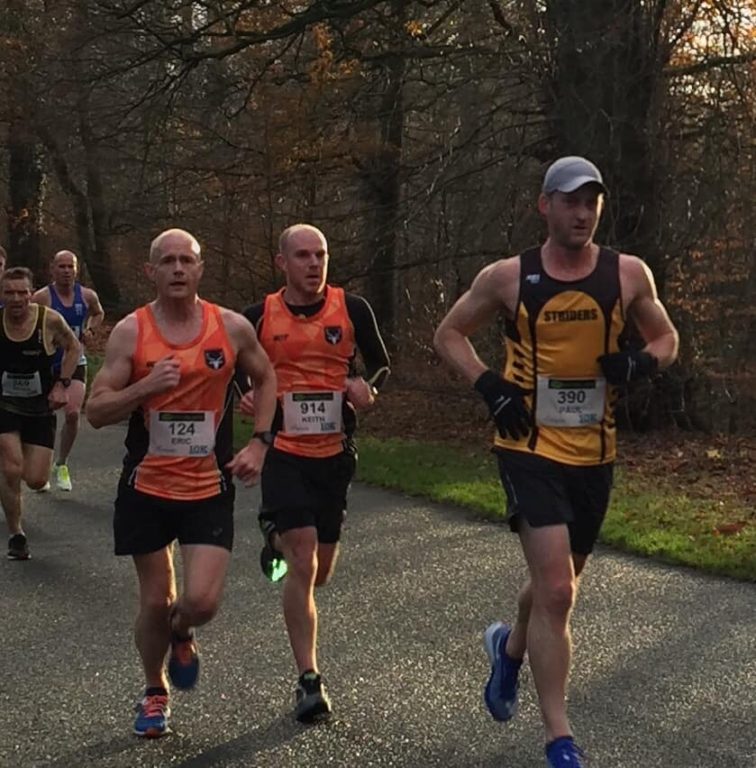 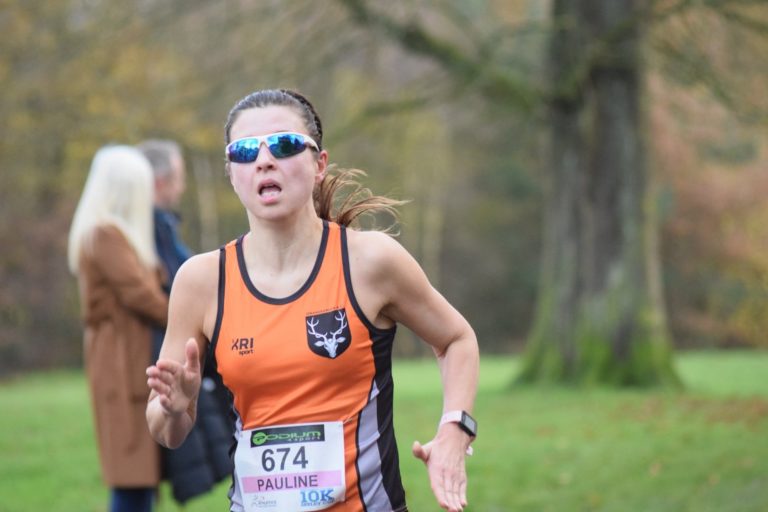 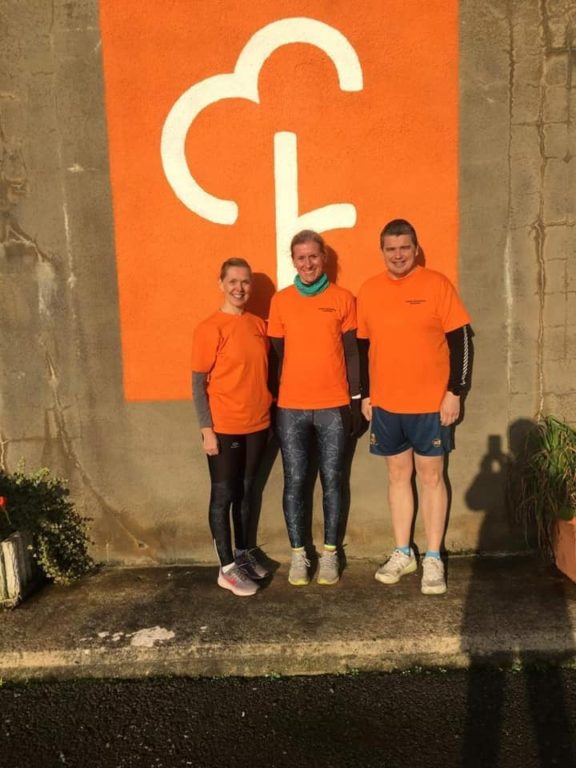