After the excitement of the NI relays and for me 24 hour jail escape races, it was back to a relatively normal calendar for OAC with a 10k, a couple of local half marathons, and a World Majors Marathon.

Located along the side of the A26 to Ballymena, the Kells & Connor half marathon is a community event that starts and finishes in the village of Kells itself, using a number of the quiet backroads in the area before a considerable ascent (some 900 ft) towards Tardree Forest. The hill itself is called Lady Hill, though this wasn’t indicated anywhere. For me the summit was indicated by an antenna and a lone person playing the bagpipes as encouragement. The combination of the forest backdrop, horrendous hills, bagpipes, and a large number of Ballymena vests (a quarter of the 120 athletes in the half were Ballymena Runners) reminded me a lot of Race Over The Glens, though it wasn’t in any way a trail race.

What goes up must come down and the last 4 miles were a rather enjoyable continuous downhill stretch where I was able to make up for some lost time. I finished with a time of 1.42.18 at Kells Community Centre to be treated to a barbecue. I did the race to test whether my legs still worked after the previous week and I seem to have survived ok. The winner was David Simpson (unattached) with a new course record of 1.12.28 and first lady was Karen Alexander (1:25:14).

Run Groomsport 10KM and Half Marathon made a welcome return to the racing calendar last weekend to help raise funds for MS Society.

The date had shifted from August to October but the same one lap course for the 10KM and two laps for the half marathon will be familiar to many. Starting in the picturesque village, runners climb in land for a undulating run towards Donagadee then back onto the main A2 to return to Groomsport.

The weather was gloriously sunny but with a stiff breeze which made the climb back towards Groomsport tough, but the encouragement from the marshals along the route keep everyone going.

Gillian Logan was the only OAC’er to take on the half marathon and finished in 1.44.38 to finish 4th female.

Well done everyone on a good mornings running.

All runners were treated to well deserved tea, coffee and buns on the return to Groomsport, alongside a lovely medal and technical tee shirt.

It’s great to see the event back again supporting such a good cause. Well done to the organisers and marshals from Ward Park Runners. We hope to see you again next year.

We were lucky with the weather on Saturday, but there were pretty poor conditions on the Sunday for the Saintfield 10k. Regardless, there were reasonable numbers with the 5k and 10k attracting nearly 300 runners. In its 2nd year of running, the event was organised by Atlas Running and Saintfield Striders. The race was 15th of 18 races in the Novosco Grand Prix series which no doubt boosted numbers.

From OAC we had the dynamic duo of Lyndsey Tyro and Judith McCann attending the 10k and they did well. Lyndsey was 4th lady with a time of 42.47. Judith finished with a time of 53:11. The winner was Gareth Lyons (NBH) in 33.15 and first lady was Amy Bulman (Willowfield) in 40:28.

Chicago Marathon, Sunday 13th October, 2019 by Brian Todd
I will, of course, begin with Keith and Danny before relating my tale of woe. Both the more youthful Orangegrovers would appear to have had seamless runs on the day. You don’t run a sub three-hour marathon and have notable issues. Well done to both of them, Keith (2.53.23) and Danny (2.59.41). My run was slightly more problematic! I managed to cough and splutter my way through the 29 neighbourhoods of Chicago that make up the course, spreading disease and pestilence as I went! I had developed a chest infection, which I have rarely ever had before, in the week and a half before the race. By race day it was on the wane but still making running difficult. So, off I set and everything was going great, with 3.43 a distinct possibility, until about mile 23 when the wheels (legs) came off. I found the final three miles of the Southern Loop section very tough indeed mainly because of the strong wind and low temperatures. In fact, with about 200m to go, with minutes having ebbed away in those final miles, my legs began to go. I had never before experienced ‘wobbly legs syndrome’ in any running race, but here it was with the finish line in sight. I don’t remember too much about those last few hundred metres or even getting over the line. It took a lot of will power to overcome the pleasant thought of just stopping and sitting down. Very disappointed not to have attained 3.42 or 3.43, but given the scenario I was probably lucky to finish at all (3.48.21)…….thirty-six seconds slower than last year’s New York marathon run in almost perfect conditions. Lessons that have been learned? Despite all the planning I went out too fast. In my case to be well ahead of the 3.42 pacer at 15 miles was probably ridiculous and well over the pace I had intended to run (8.30 pace). I particularly suffered from the cold, not helped by the remnants of the chest infection. On the start line I made the split-second decision to continue wearing a long-sleeved t-shirt below my vest which I had intended to dump. I would rarely use a base layer, but had I not done that I probably wouldn’t have been able to finish. Even at my fastest running pace I couldn’t generate any heat at all, even with the base layer. Ah well!

It was still an amazing experience and a great place to run a marathon in that it is almost totally flat and superbly well organized and very runner friendly.
Next marathon for me, London 2020. 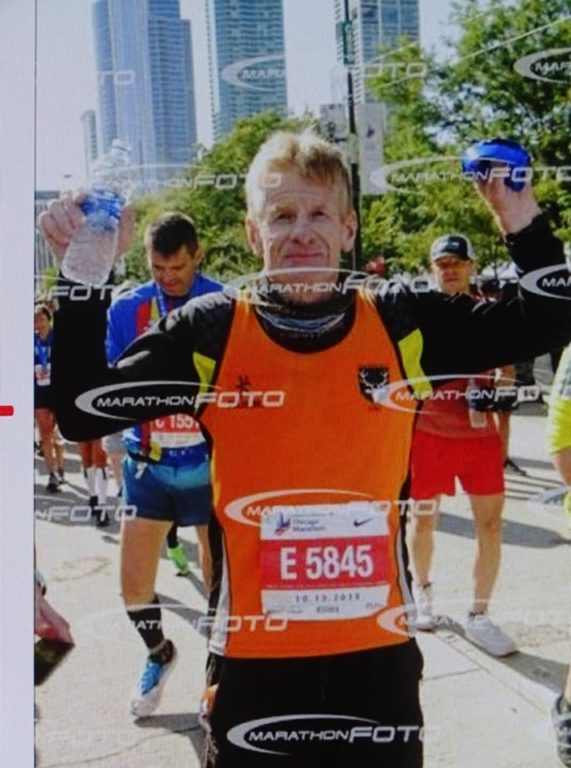 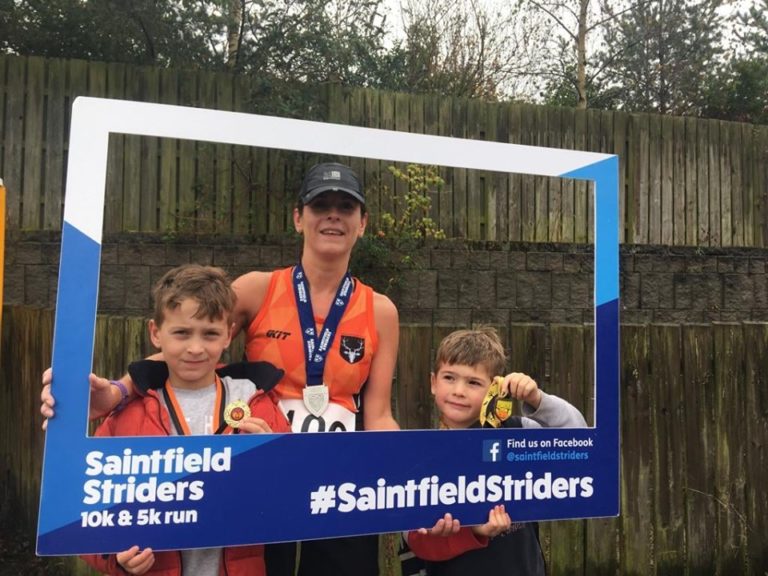 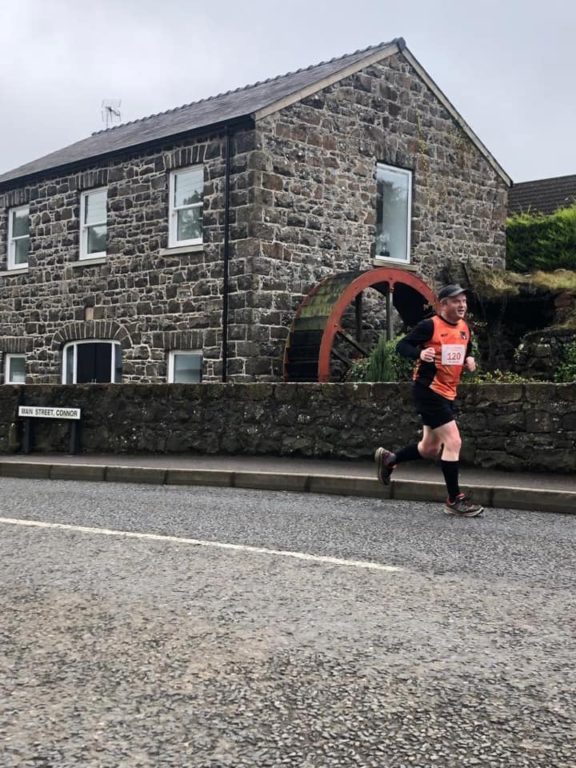 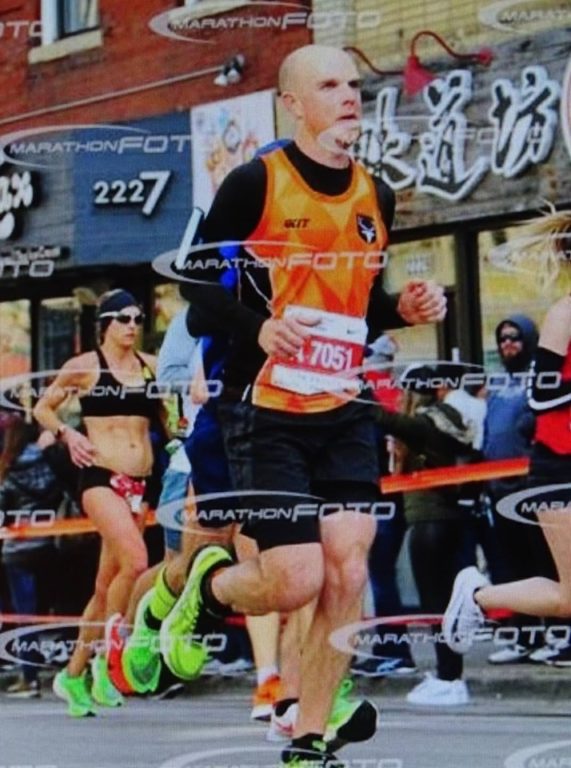 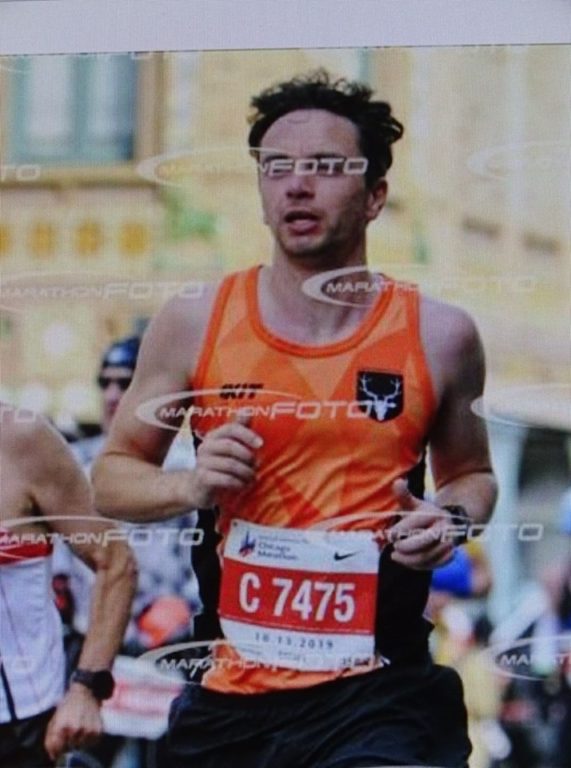 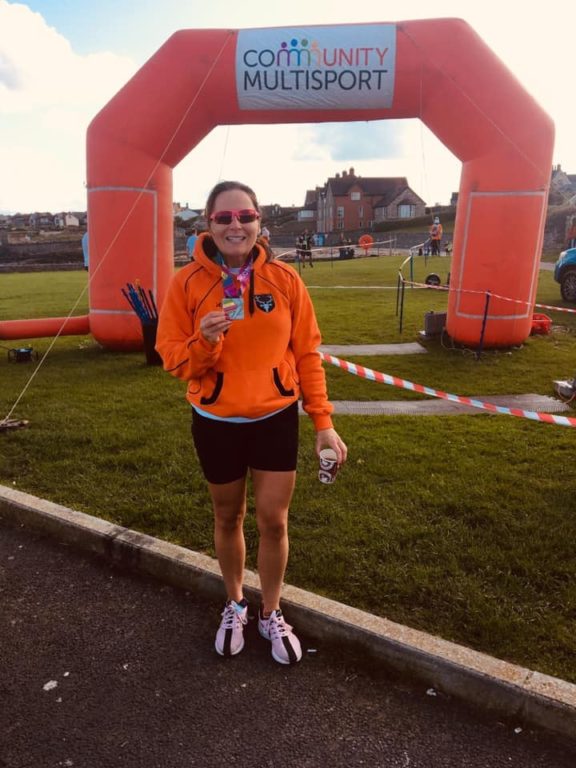