Summer’s over, schools are well back, the muddy scent of cross-country air is almost beckoning, a faint morning dew is threatening to settle, a hurricane is-a-coming and Orangegrove AC just keep on running.

With preparations well under way for the upcoming NI & Ulster Road Relay Championships and the Club trying to make it a day to remember for over 1,100 runners…there was still time to do what they’re even better at…the actual running:

This featured a big turn-out for the club, influenced somewhat by this being the penultimate race in the Club’s own Club Championship. Whilst things are hotting up in that league table, most club members were almost on fire in Bangor.

As I couldn’t trump how the one and only Jacqui Maxwell pre-described the course, I’ll just quote Jacqui! (If I’ve stepped out of turn, there could be extra laps as punishment):

“It’s a nice enough course with a good fast start, (once you turn left after the mat). Use the downhill to give you momentum and then settle into your planned pace along towards Ballyholme and then it’s left, right, left towards the roundabout. After the roundabout you’ll be in the country, there’s a few undulations towards and through Groomsport, but levels out again at the roundabout on the return.

Hopefully the wind will not be too strong along the seafront, so keep focussed and push on if you can. There’s the sting in the tail at 9K, but it’s not the worst hill so just push up it knowing that you’re nearly home. (I always count my steps to get up it).

You’ll then turn left and the run in is fast and flat. The entrance to the park comes a lot earlier than you think in my experience. Once in the park give it all you’ve got to the line!”

This also gives a good insight in to how the OG coaching and assistance doesn’t just stop ‘at the track’. The race itself was won by Gideon Kipsang of 1zero1 Athletes in 30:15 and Emma Mitchell of Clonliffe Harriers in 34:44. Well done to all OG-ers who ran and performed so well…especially as youse were all forewarned by Jacqui and had no excuses!:

26 Extreme promote themselves as staging “Great events in the great outdoors” and “We don’t do easy”, so, bearing in mind a coastline course Lisa, Sharon and Brain mustn’t do easy!

With plenty of options available including an Ultra Marathon, Marathon, Half Marathon, 10km and Challenge Walk along the 26 mile route of the Causeway Coast Marathon, Lisa opted for the Half and Sharon, Brian and Jenny chose the 10km.

This Event was fully marked along the paths, tracks, beaches and coastline of the Causeway Coast Way – probably one of the most spectacular coastlines in the whole world. It passed through magnificent coastline scenery with views of bays, beaches, cliffs, rocks and not so far from the famous Giant’s Causeway stones.

The Half Marathon was won Stephen McLeod in 1:29:49 and Alison Stocks in 1:45:55. Well done Lisa on such a challenging HM course:

Sharon and Brian placed really well on a varied course and couldn’t wait to get finished so they could sample the best of the local food après-race. Jenny also survived the numerous steps and mention of possible ‘death’ in the small print!:

Conversely, contradictorily, conflictingly compared to the Causeway Coast race we have a coolly, calculatedly, centennial course chosen by Lyndsey Tyro where the course is completely flat without a hill or rocky path in sight!

Yes, Albertville Harriers were this year celebrating their 100th year as a running club! Congratulations to them from Orangegrove AC. To mark the occasion they were hosting a special 5k road race on Sunday September 29th 2019 (instead of the usual Thursday night?).

The club began in 1919when a bunch of lads attended a bible class in the Albert Hall on the Shankill Road, Belfast. The club then found premises in Ardoyne Village which is now long gone. Ardoyne Village was a cluster of white washed cottages from Ardoyne up towards Ballysillan on the site of the old Everton School.

In 1939, the lads who were in the club and who had joined the Territorials were mobilised. A club member collected the club trophies and any club information he could gather, he put them in a bag and stowed them away in a coal shed. Club members were scattered across the world and the war years began….

By 1952, Albertville Harriers had secured premises at 2a Olive Street (Woodvale). On Saturdays, a zinc bath was filled with warm water for club members to have a wash, the club also rigged up a type of shower which scattered icy cold water in all directions.

From Olive Street, the club moved to a scout hall in Bray Street for training and from there they moved to Woodvale Recreation Centre until Ainsworth Community Centre offered the club accommodation.

After a few years, it was decided that Ballysillan Leisure Centre had better facilities (and warm showers!) and it was while based there the club flourished.

Back to OG’s own history-maker, Lyndsey Tyro – Lyndsey appeared to have ran this full-on race after running at Bangor 10k the day before! In an extremely quick and competitive field, Lyndsey ran a cracking sub-20:

Matthew Lavery of North Belfast Harriers and Robyn McKee of Dromore AC won it in 15:28 and 18:24, respectively.

The weekly Saturday Parkrun continues to excel and expand and the following are a few OG highlights: Victoria Park produced a 2nd position for Luke Harte, a 199thparkrun for Jason Lanyon and a tidy 22:10 by Rachel Woodman. Robert Hill was 3rd in Carrickfergus with 21:35 and Selina Myles had a course PB at Orangefield Parkrun. 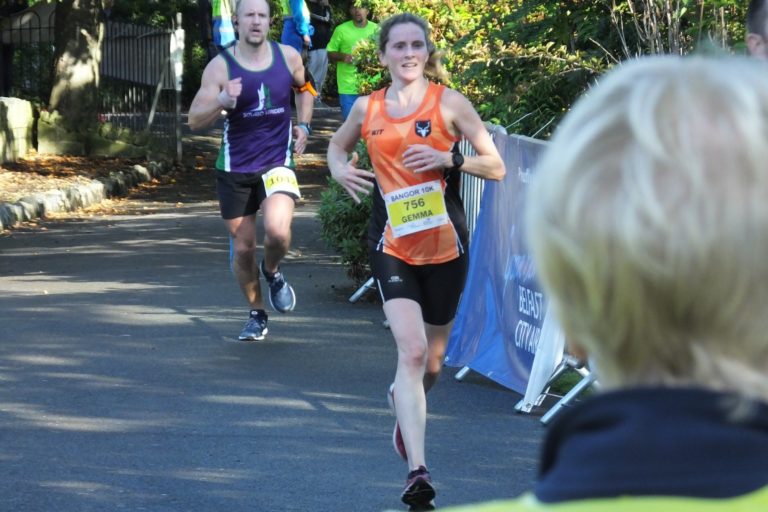 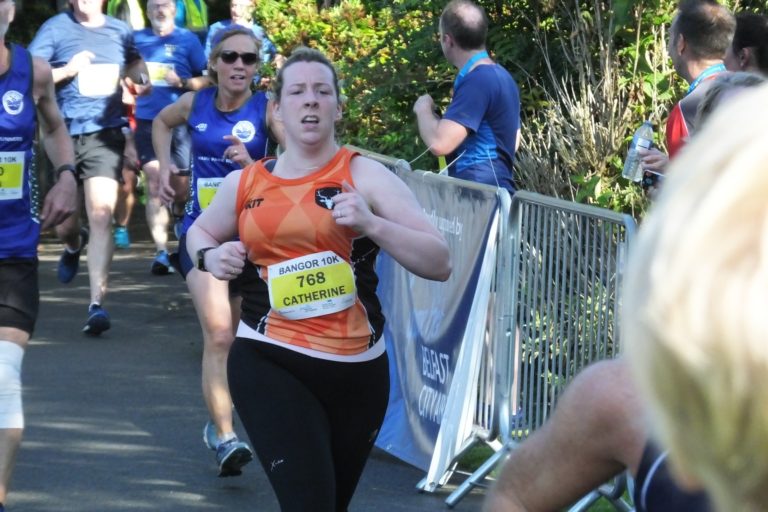 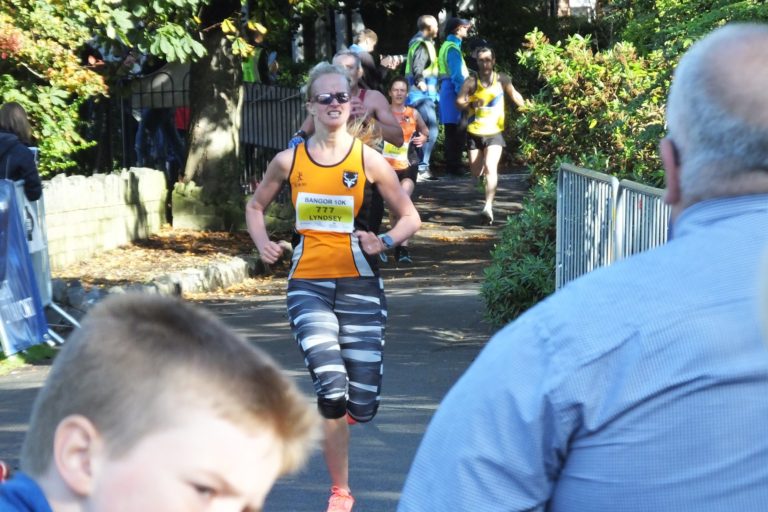 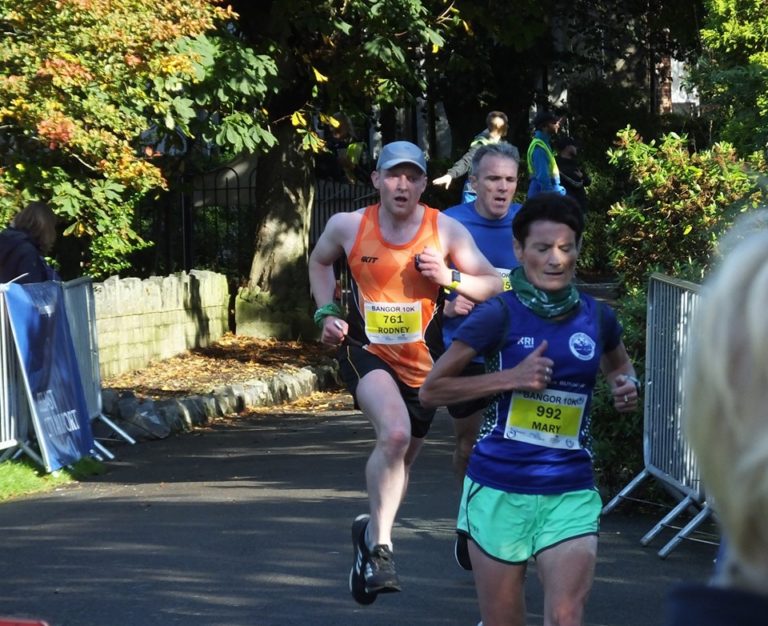 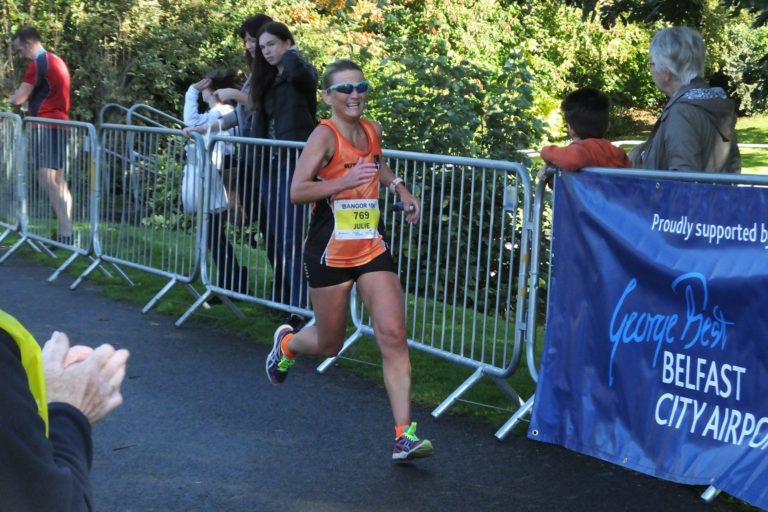 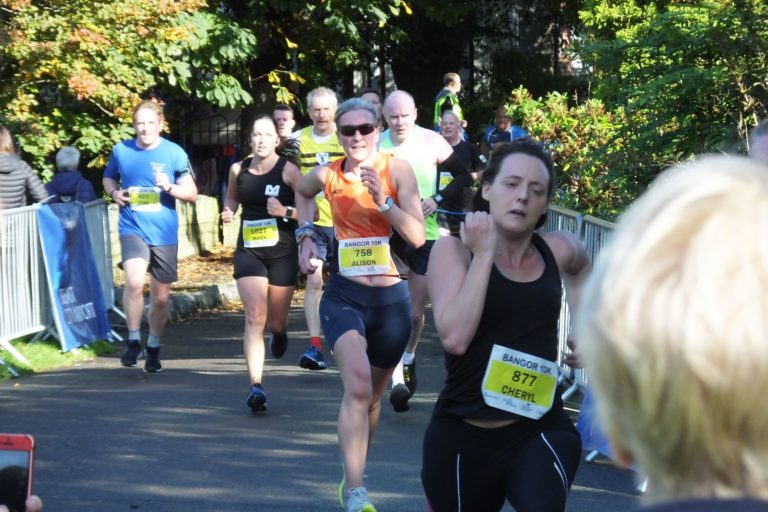 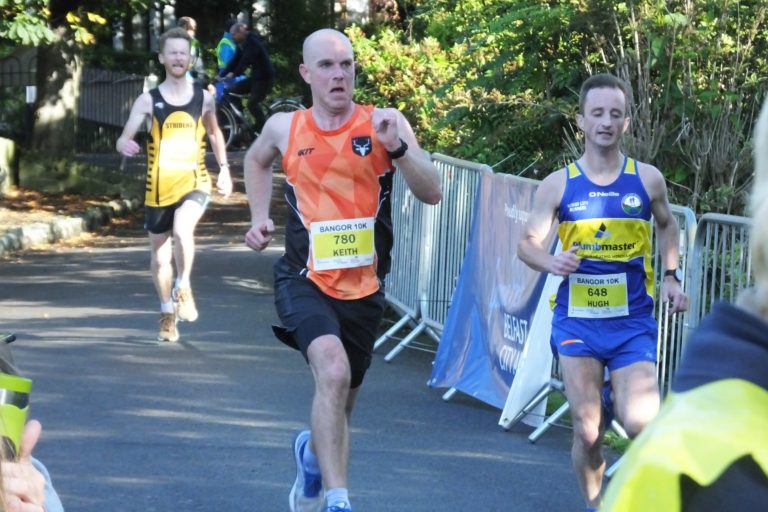 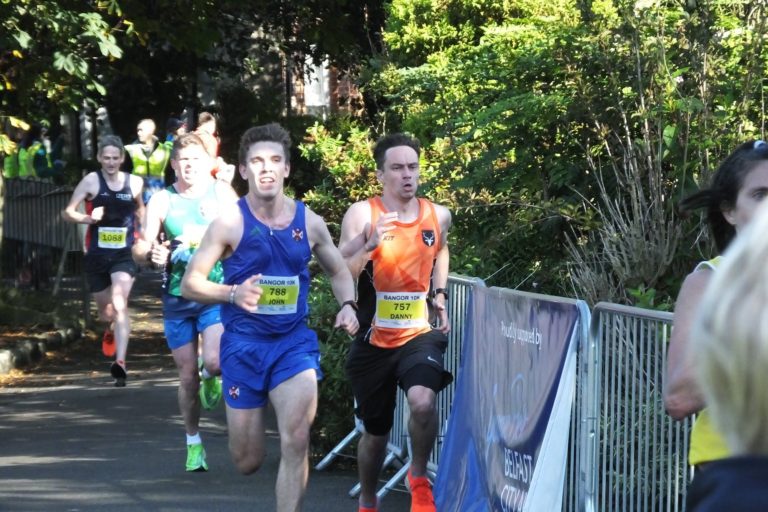 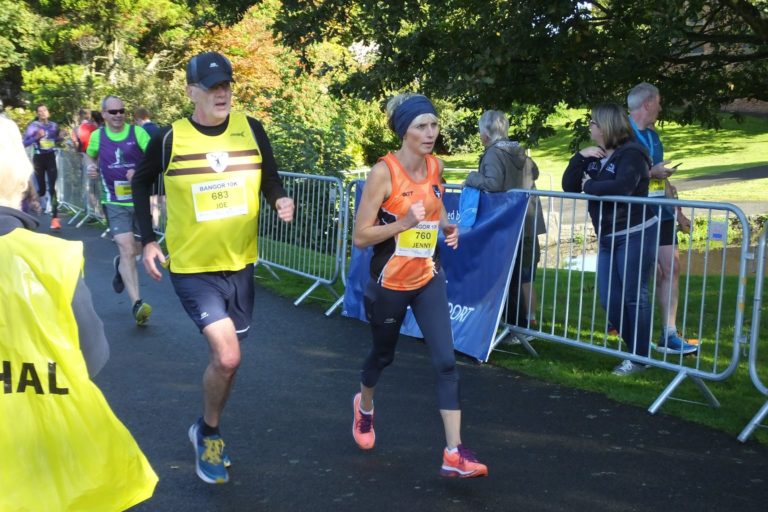 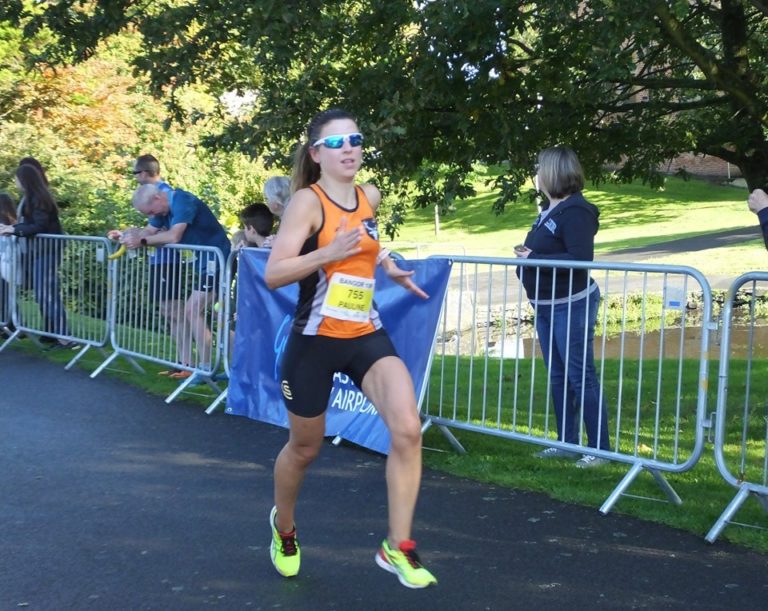 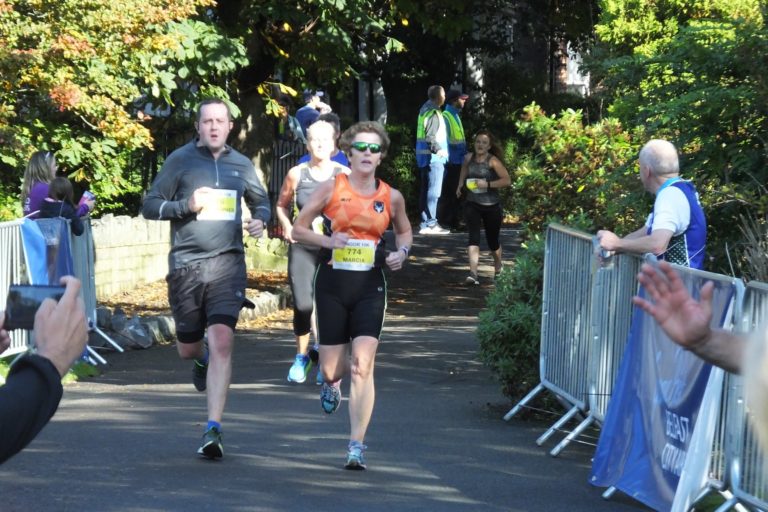 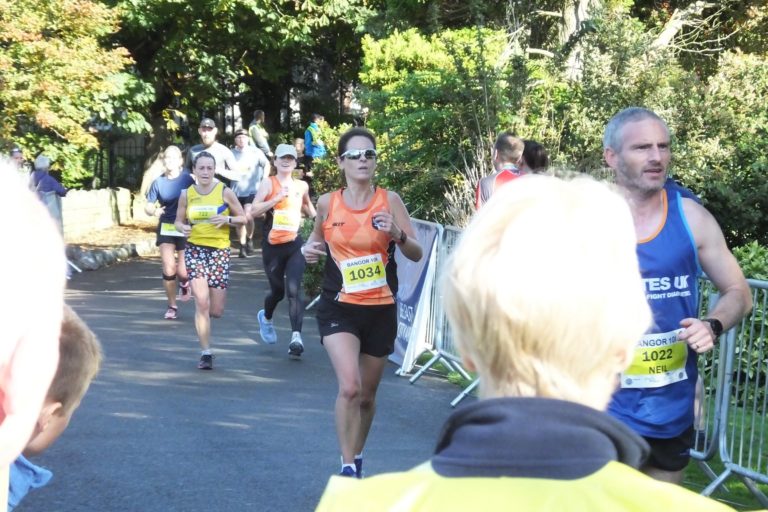 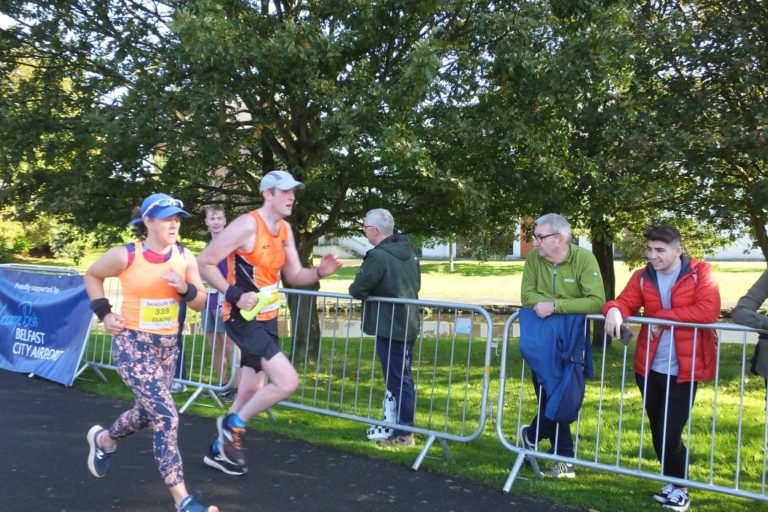 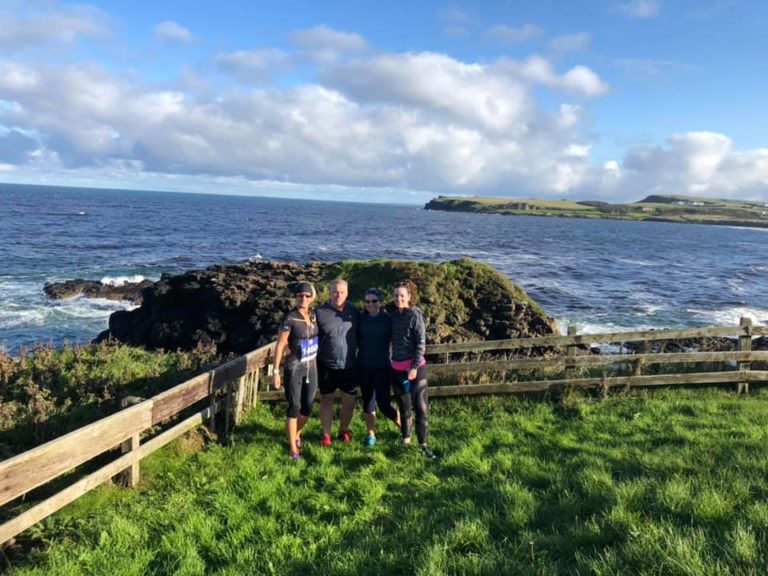 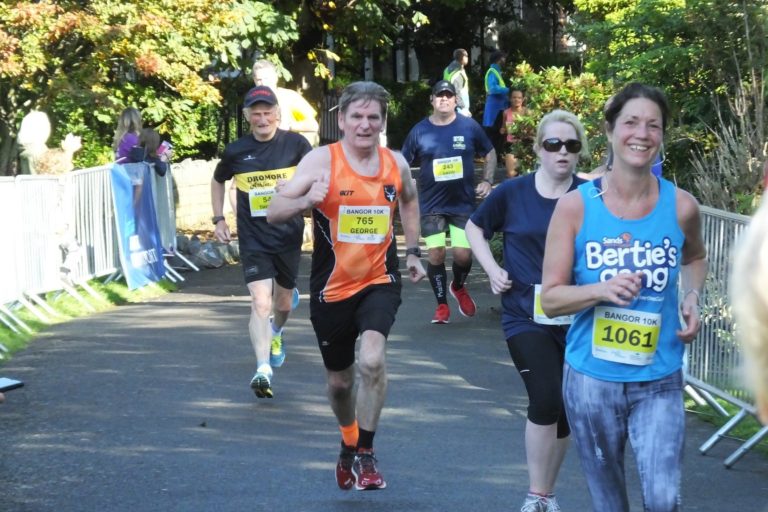 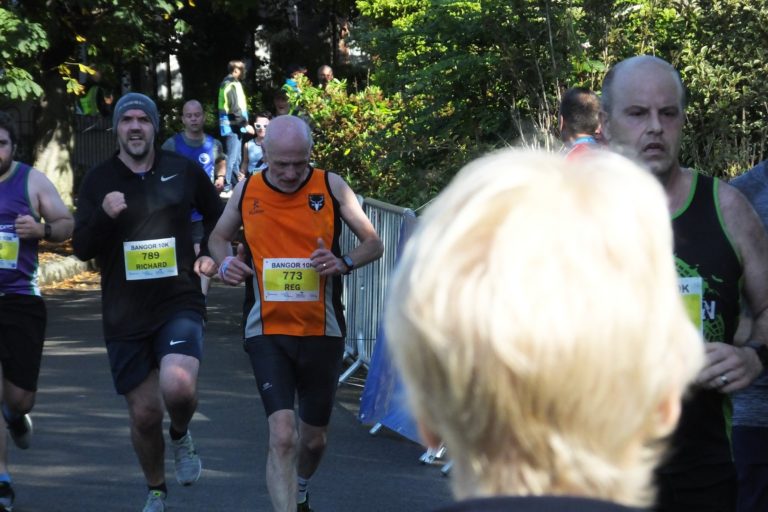 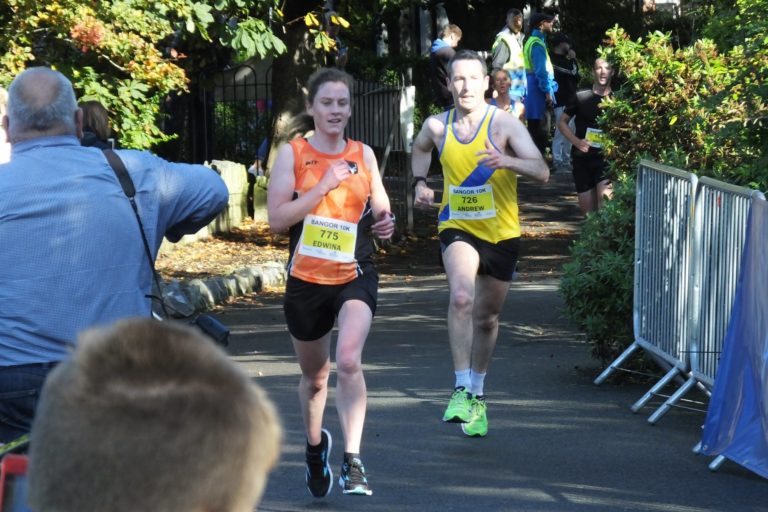 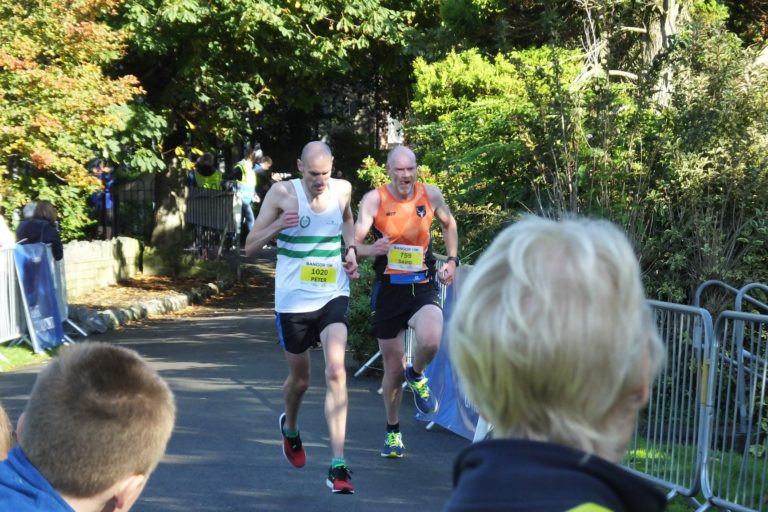 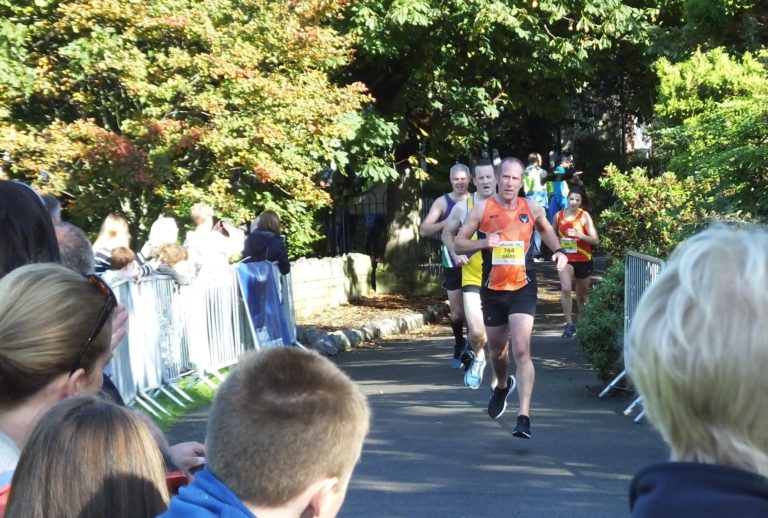 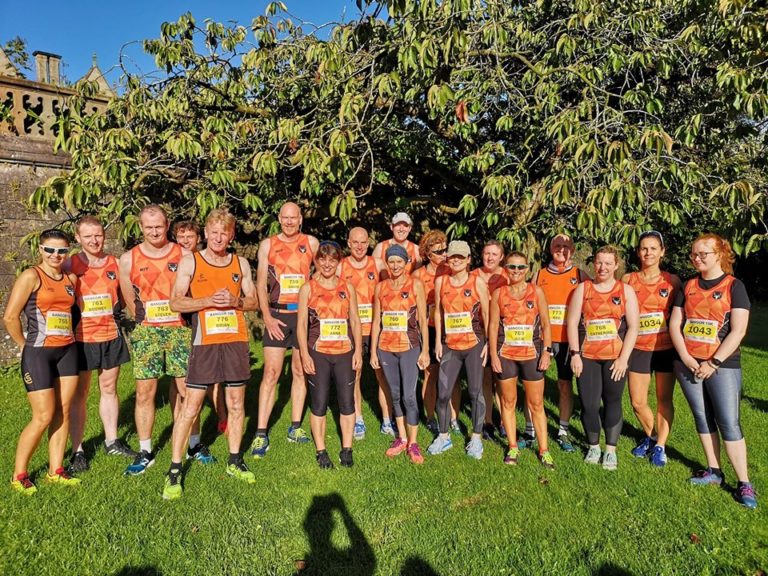 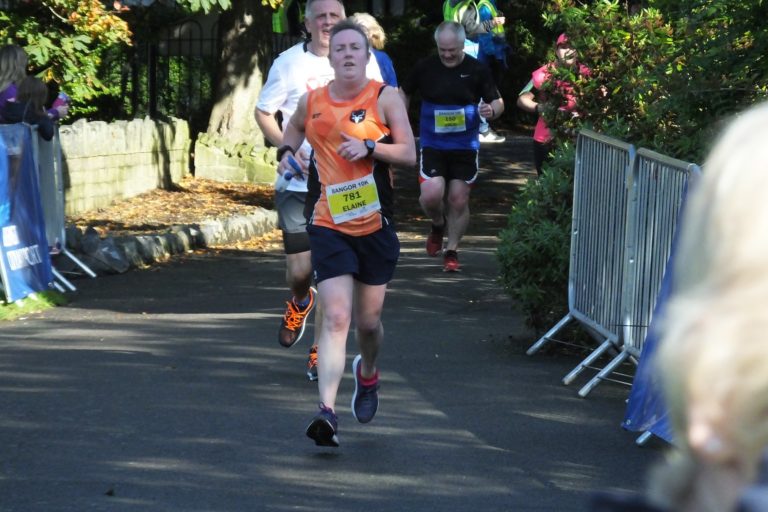 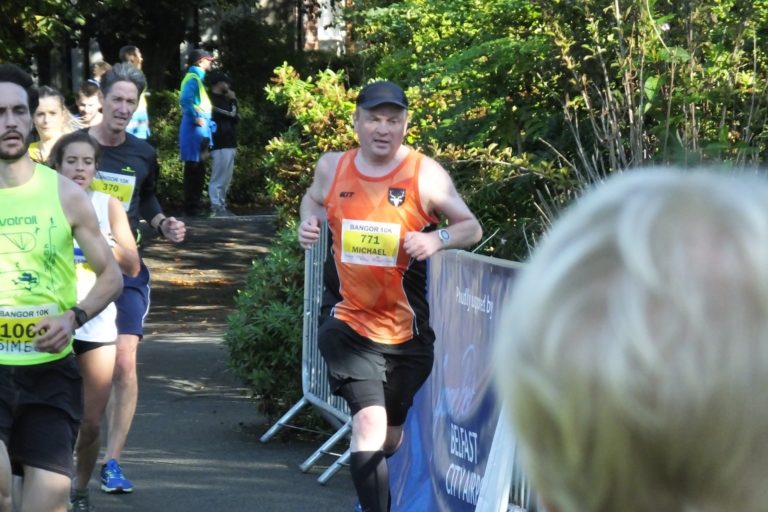 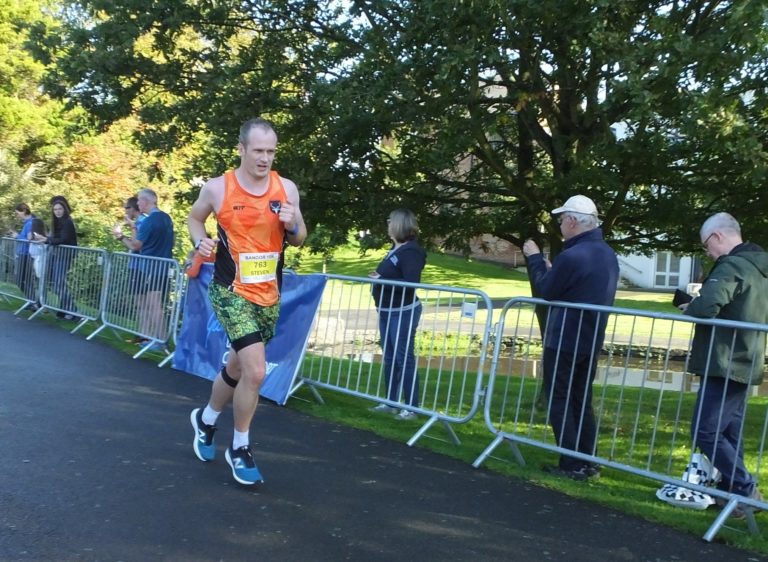 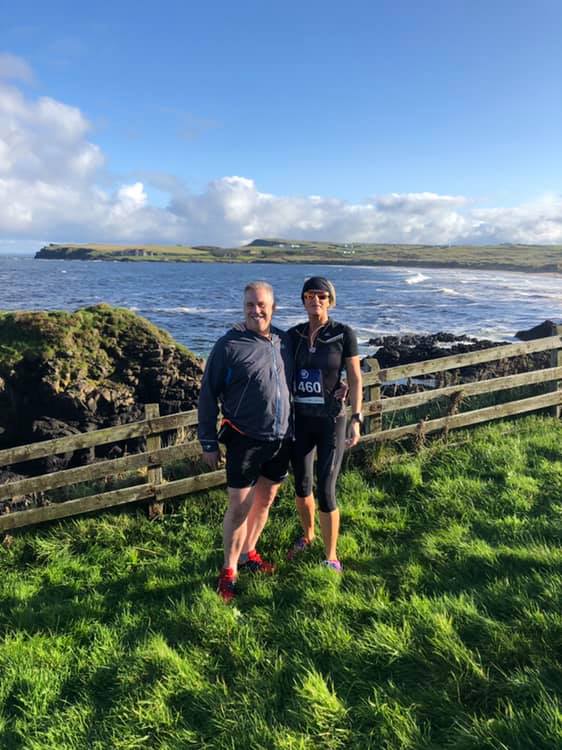 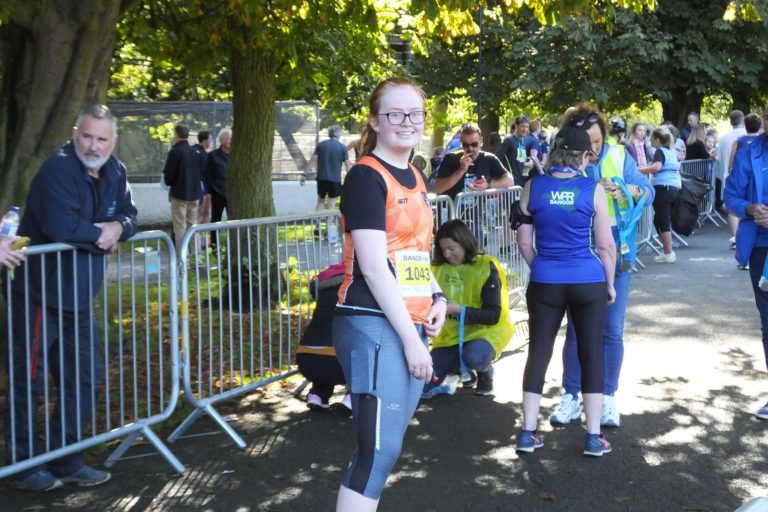 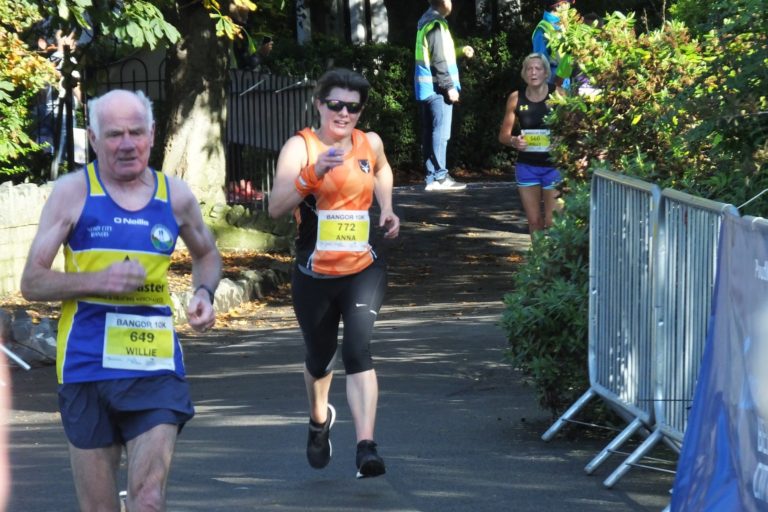 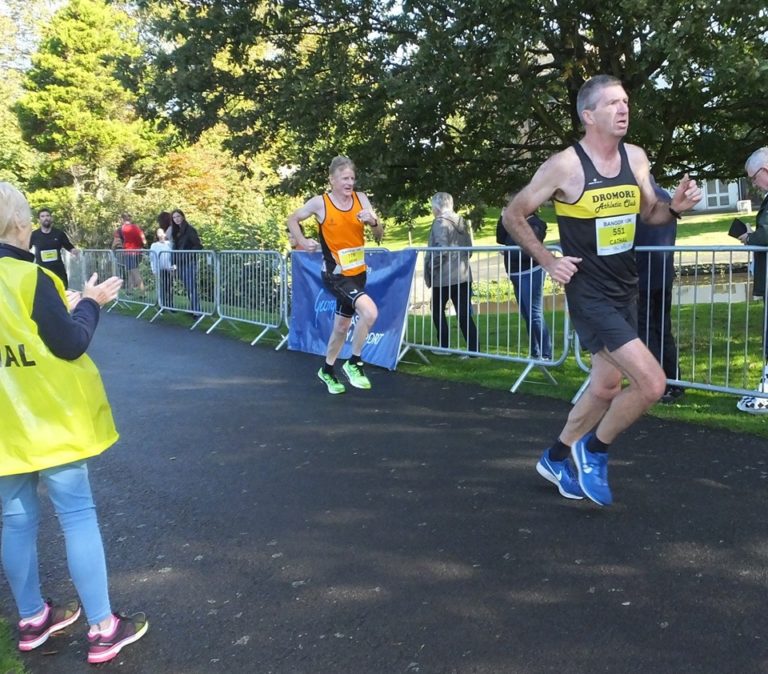 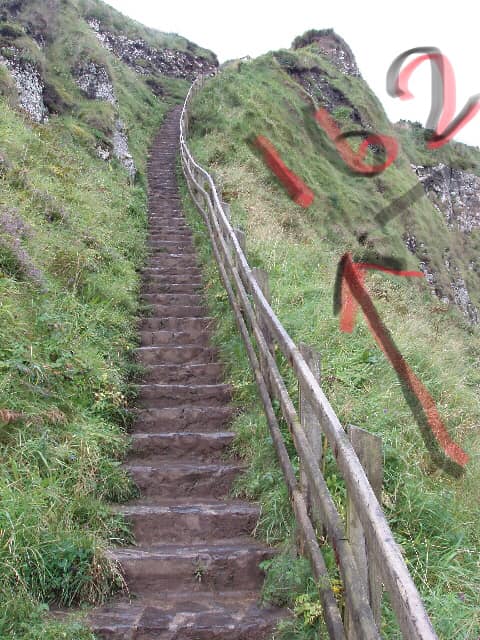 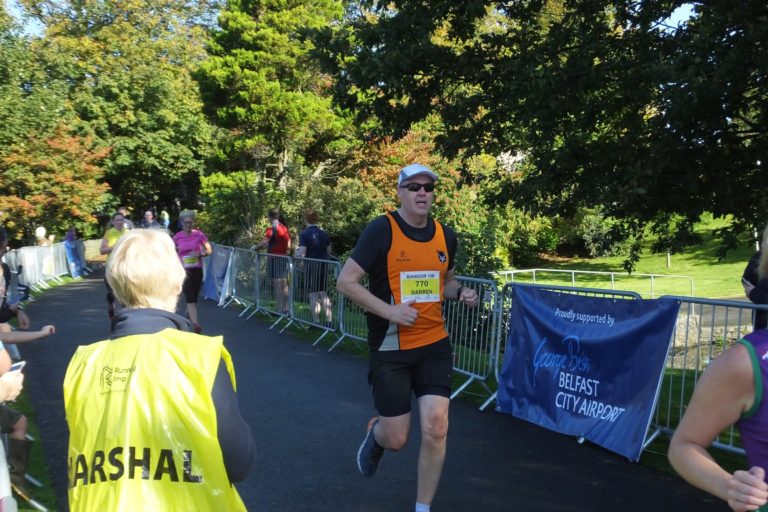