During this week Orangegrove managed to be represented at all those distances, in different types of races and overcame the steep Lurig and Seven Sisters mountains along the Club journey. Step in to our haphazard world by reading on:

Since this is not an easy 5K, there was a certain amount of trepidation on arrival at Crawfordsburn Country Park, on a warm and humid Wednesday evening. There were six OAC runners present, so there could be no touring round, admiring the scenery. The first two kilometres were a tough up and down the glen, under the magnificent railway bridge, then up again, from the bottom of the long car park, to some easier running in the next couple of kilometres. Nearing the end of the hard final kilometre, the finish flags on the narrow uphill path were a very welcome sight.

There is usually a sense of trepidation and impending doom as one drives up the M2 towards Sandyknowes and Mallusk for the Harriers’ 5 Mile Road Race. The main reason for the trepidation is ‘that hill’. Now, I have never really been phased by the odd incline, but the Sealstown Road hill is no ordinary hill. It is very steep and seems to be never ending. It is an invidious hill too. Every now and again the road levels out to lead you into a false sense of security. Just when you thought the worst was over another hill appears, worse than the previous ones. This state of affairs goes on for well over a mile until the top is eventually reached, at which point you are left wondering where the energy will come from to tackle the remaining three and a half miles.

At least the hill comes early in the race. However, even on reaching the top it is not all plain sailing and it is certainly not all downhill from the turn. At several points on the Boghill Road, high above Mallusk, there are hills to be endured, although not in the same league as the initial one. To be fair the final mile down Hydepark Road is downhill and fast, making for a very quick finish. The evening was not a great one weather wise, but it could have been worse. The rain stayed off and the cool breeze in places was welcoming rather than a hinderance.

This was an extremely well organised race by our friends at Mallusk Harriers. The marshals around the course were superb and encouraging all the way. The post-race festivities were, as usual, excellent, the centre point being the very generous pizza fare courtesy of the main sponsor, Pizzarella. There was an excellent goody bag too (the best I have ever seen) and a very innovative spinning centre piece medal which, in my case, will provide the grandson with hours of fun.

Orangegrove was represented by the following members:

The Mallusk 5 Mile Road Race was won by Mark McKinstry (North Belfast Harriers) in 26.46 and Shalene McMurray (Newcastle AC) was first lady in 30.44.

The Lurig Challenge Run, along with a few pints in the Lurig Bar, is the highlight of the Heart of the Glens Festival. It is set in beautiful surroundings and if you make it to the top of the Lurig and can still breathe…you’ll certainly have a superior view.

This 3.8 mile race starts in the main street of Cushendall and leads up the Stony Lonan steps, followed by a mile along a farm track to the base of the mountain. The 1073 feet of climb up the Lurig Mountain could be crudely described as using your sheep dropping-clad hands to claw your way up a steep version of hell with your two calf muscles constantly aflame to reach a peak of exhausted serenity followed by a sliding, skipping, fearful, flailing, wailing wedgie on the way down!

However…it has to be tried at least once (not the wedgie) and all is forgiven, when you realise you have somehow survived the ascent and descent and you enter the colourful, raucous, adrenaline-pumping, vibrant corridor of ear-splitting support in that unforgettable final straight to the finish line buried in the crowd. That final section is also helped by it being downhill, you are mildly recovered, you probably look quite fast in front of the great support and that they didn’t see you crying going up…or your eyes crossed on the way down!

On that (bum) note…a very well done to Steven Gilliland and Selina Myles for conquering The Lurig Challenge in a race won by Jonny Steede of Glens Runners in a gravity-defying 29:33 and Gemma McDonald of Ballycastle Runners in 36:59.

The Seven Sevens is an 18 mile, 8100ft test of endurance and mountain skills. The objective is to climb all seven peaks in the Mourne Mountains that are over 700m* above sea level following your own route between fixed checkpoints.

Sarah Steer took on this massive (x7) challenge and successfully completed it in 12:22:57. Great determination, skill and endurance there Sarah!

If you were to come across a race in Mullaghmore you’d be pretty happy if you were to be 1st female finished, 3rdoverall and help raise funds for the Mullaghmore Hospice Fund and…that is exactly what Gemma Blake done in a eyebrow and fund-raising 20:16! Well done Gemma. Jakob Buchretter won it in 18:20.

Jim Harris was competing on Saturday in the v70, 400m at the British Masters outdoor track and field championship in the Alexander Park stadium, Birmingham. Jim finished 4th with a season’s best time of 73:29. A great result against a top quality field.

OG’s Danny Bradley scored a cracking PB of 18:00 at Victoria Park, whereas Lyndsey Tyro was 1st female home at Orangefield Parkrun in 22:08, where, Martin Doherty picked up a course PB. Unfortunately, Verity Cornford’s 1sttime appearance at the lovely Castlewellan Parkrun may have been trumped, in travelling/destination terms, by Alison Canning’s 1st time visit to the Jamaica Pond Parkrun in Boston.

Rock ‘n’ Roll Dublin offers fun and live music along the course and you can run past some of Dublin’s most famous landmarks like Christ Church Cathedral and the famous Guinness Brewery in the Half Marathon or take part in the 5 or 10K course which are now fully held within Phoenix Park this year and finishes with the Half Marathoners and, afterwards you can enjoy the headliner at the finish festival concert.

Elaine Weston let her feet play the music and was the lead rock’n’roll star for Orangegrove by rocking her way around 10 kms of Phoenix Park and finishing 348th out of 2,170. Rock on Elaine!

The Monaghan 10 Mile and 5 Mile hosted by Monaghan Town runners had the race HQ, Start and Finish line all located in the centre of Monaghan town’s Court House. As the 2 races started at 12:30 and came back into the town centre finish, there was almost a constant buzz with entertainment, food and drinks also on offer.

The winner of main 10 Mile event was John Whelan of Shercock A.C in 55:17 and Aisling Murray of Carmen A.C in 1:04:47. Orangegrove had the following 3 representatives in this highly polished 10 Mile race consisting of 450 runners: 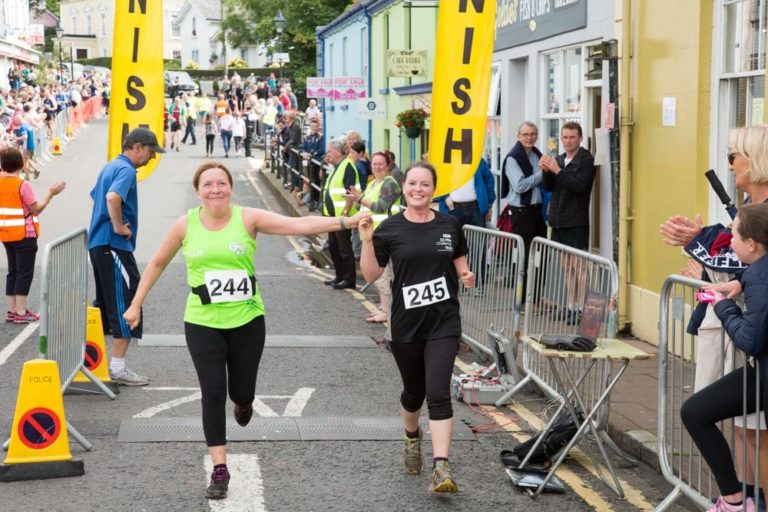 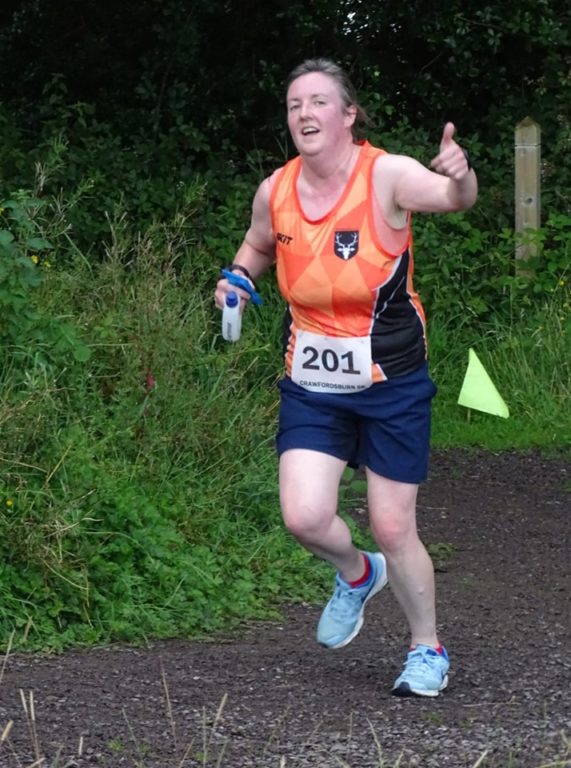 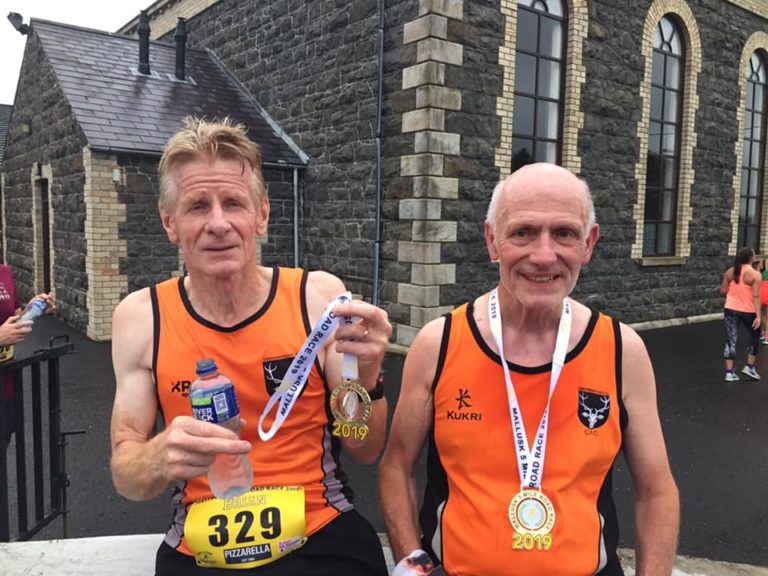 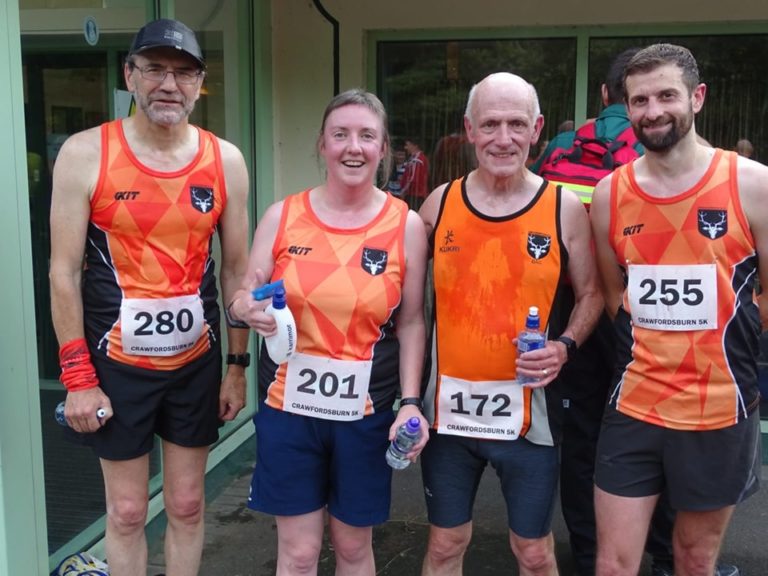 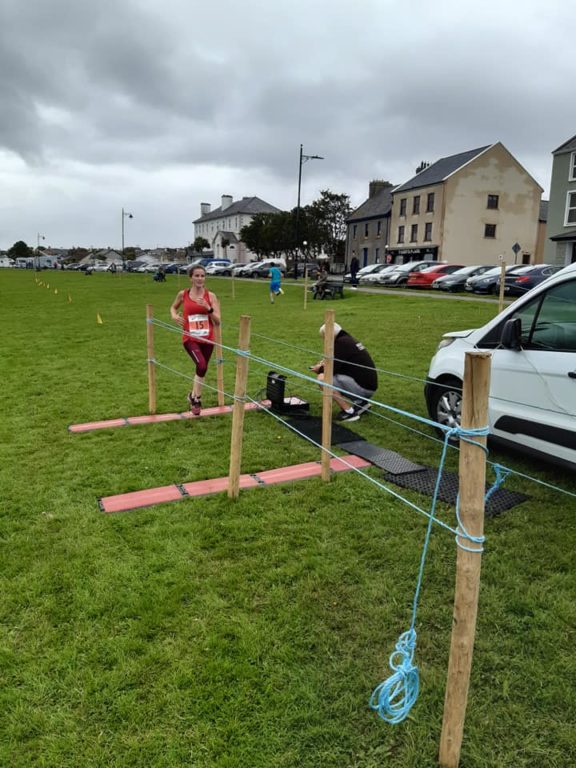 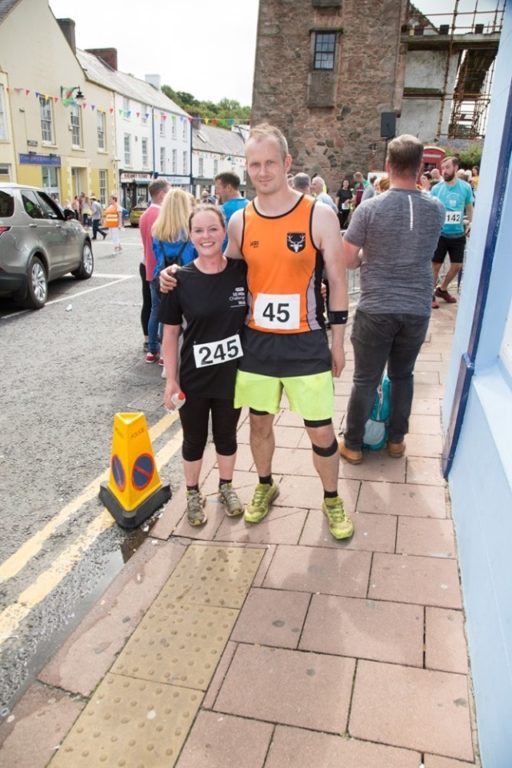 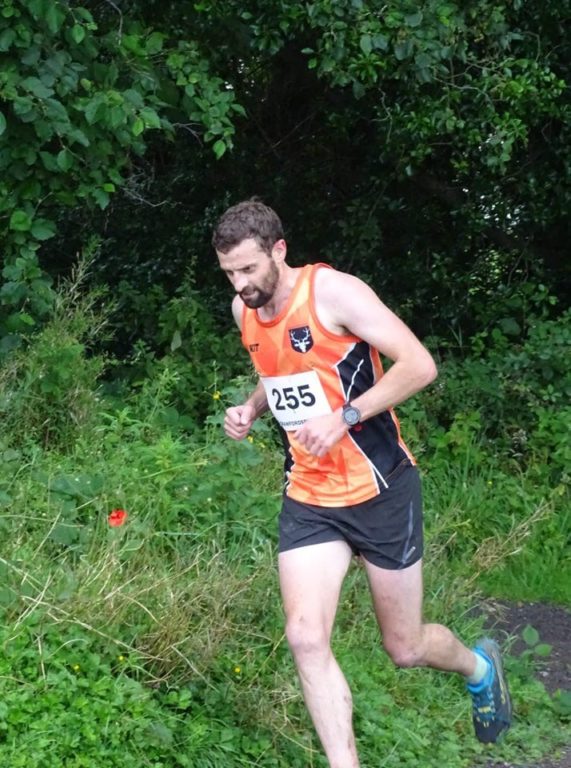 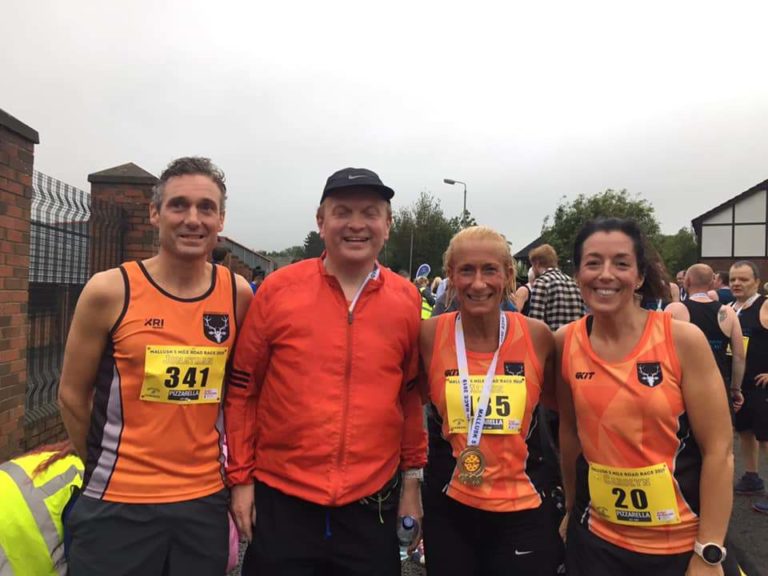 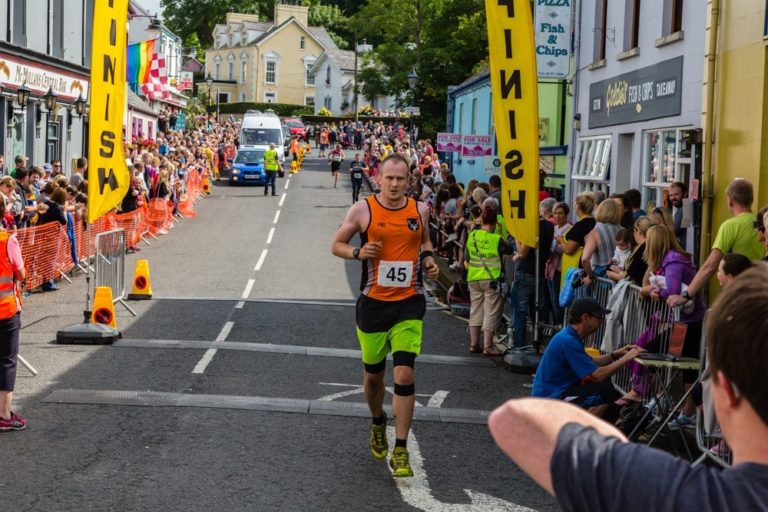 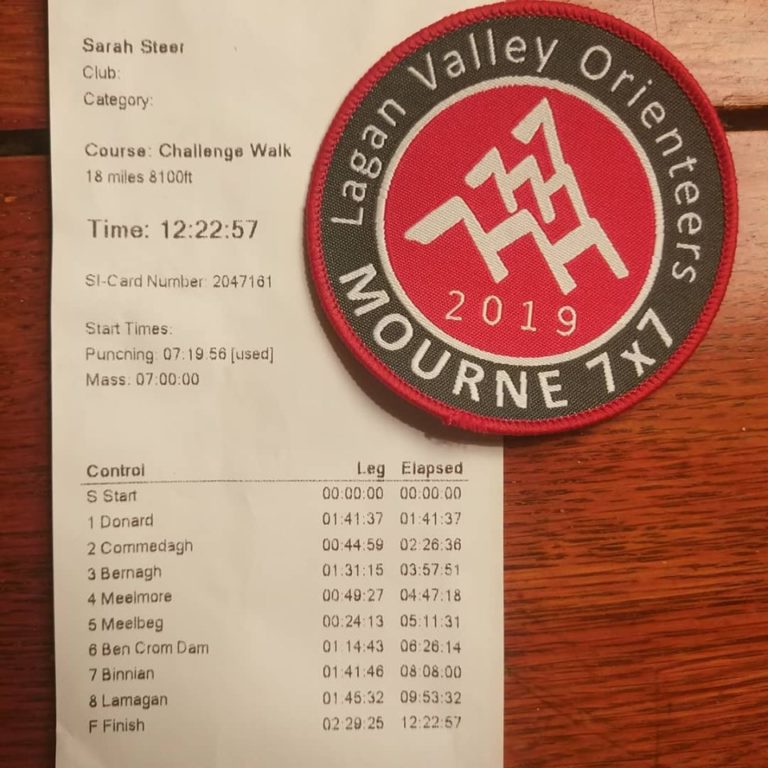 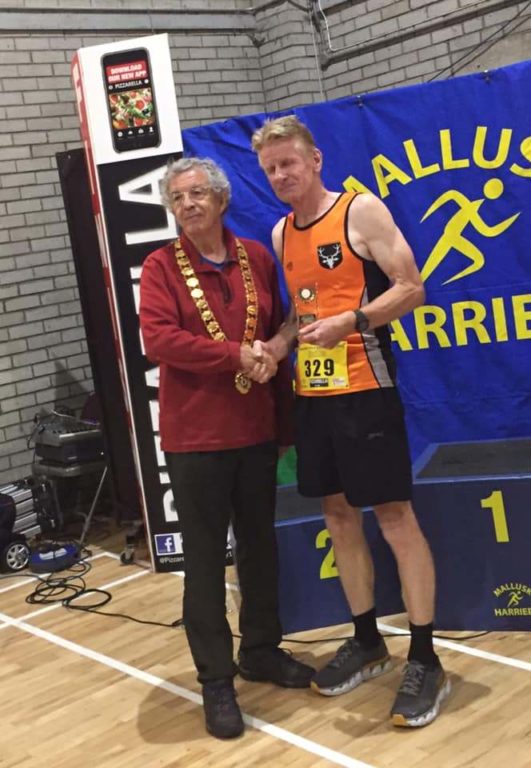 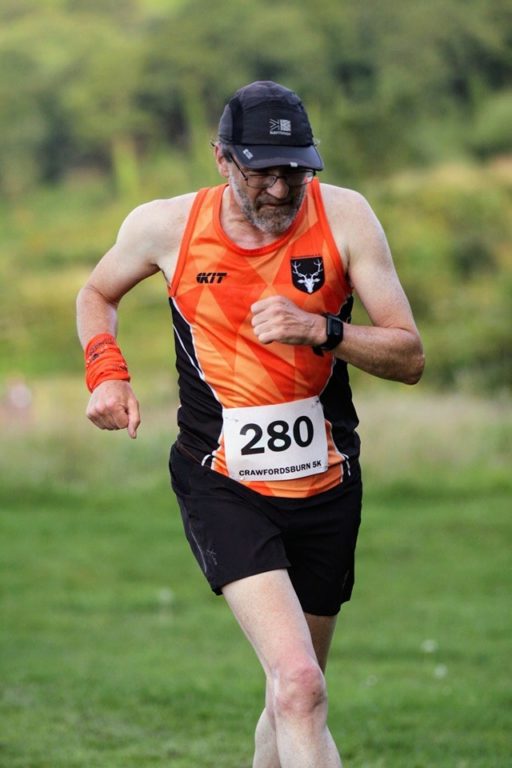 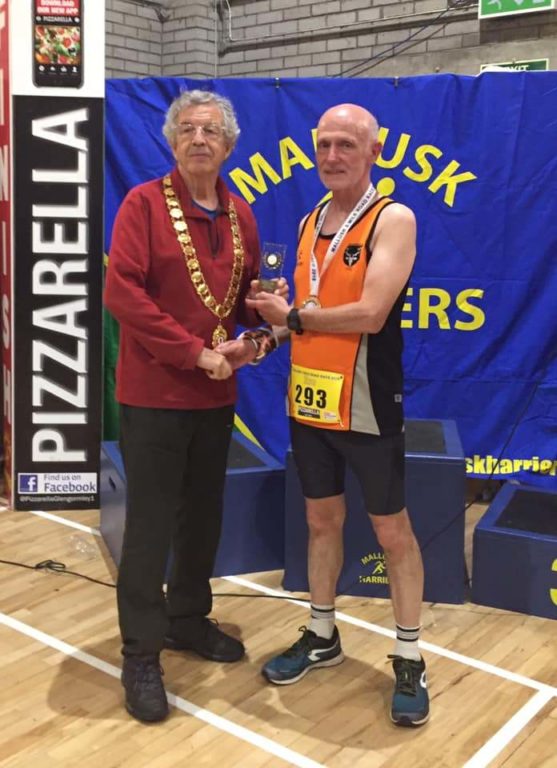 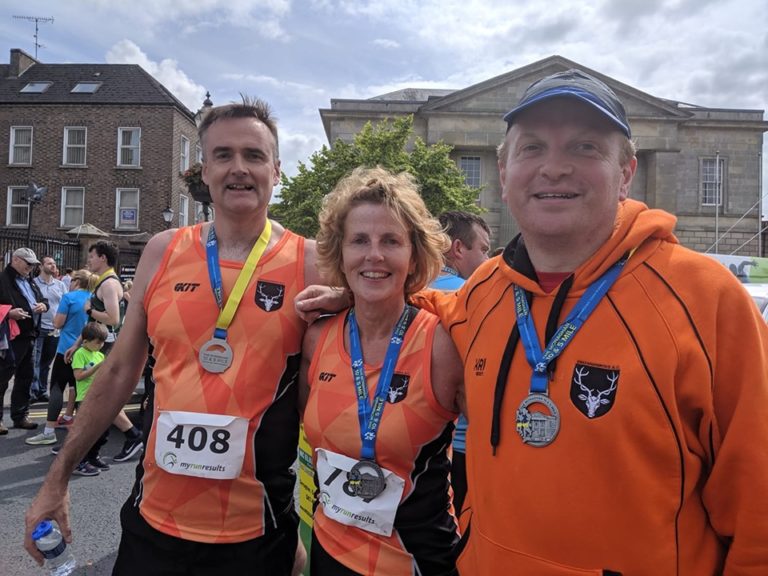