The main action this week was at the Giant’s Trail Race, as the Club Championship followed up Sea2Sky with another off-road race for round 8 of the competition.

Organised by Dub Runners, the Giant’s Trail takes runners on a meandering loop through the woods and fields of the Lagan Valley beyond the Dub playing fields. Visiting Shaw’s Bridge, Minnowburn, the Giant’s Ring, Edenderry Village and the Lagan towpath along the way, the course provides a fun mix of flat and hills across grass, gravel and tarmac, with a bouncy bridge thrown in for good measure!

19 Orangegrovers took to the start line in search of valuable CC points, and there were plenty of good performances. Even though the race is ‘only’ 6 miles, getting even within a couple of minutes of your 10K time on the hilly course is an achievement. Andy Mac led the orange vests home as usual, finishing in a superb 7th place overall, David Montgomery and David Carberry completed the OAC mens’ podium. Gemma Blake was the first OAC lady across the line, and 6th female, followed by Alison Canning and Carolyn Beattie, both running well.

The race winner was North Belfast Harriers man Philip Goss in 34:12, and winner of the ladies race was Ita Monaghan of Lisburn in 45:09.

“While the majority of Orangegrovers made their way to The Dub on Friday evening for the Giant’s Trail Race, Reg Sanlon and Brian Todd chose to ply their trade at higher latitudes. This year the Lakeland Dairies 5 Mile Milk Race at Ballymoney was a round of the Baker-McKenzie Super 5s Series. So, to Ballymoney it was, whether we liked it or not, and both of us were sorry to miss the Club Championship race in the Lagan Valley. The Milk Race started and finished at the Joey Dunlop Leisure Centre and took in a mainly rural and roughly square route to the south of the town. On the map the route appeared fairly straightforward and mainly flat. However, maps can be deceptive (mine was!) and there were one or two significant climbs, one of them particularly invidious in that it lasted for the most part of a mile. Not easy in the very humid conditions that prevailed.

Post-race festivities by the host club, Springwell, were very good indeed and, overall, race organization was both slick and efficient. Timing was by Championchip.

Finally, Andrew Tees took part in the penultimate leg of the IMRA Irish Championships on Saturday, racing to the summit of Leinster’s highest mountain, Lugnaquilla (718m), and back down again. Andrew finished in 1:03:44 for 15th/71. 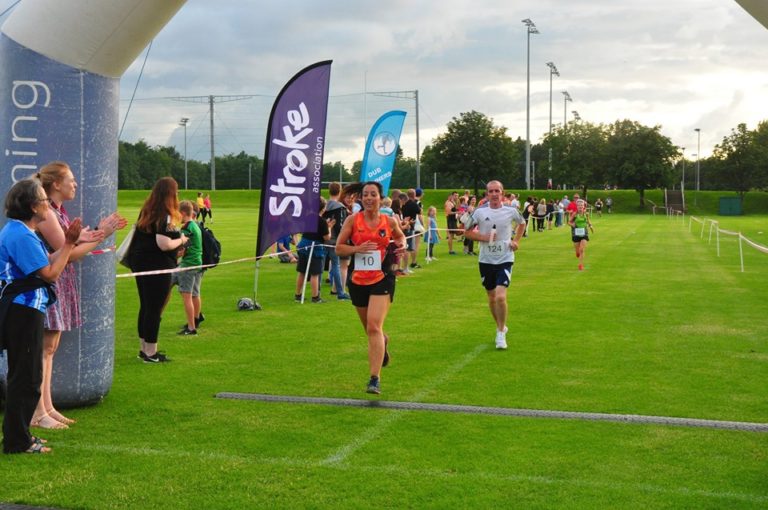 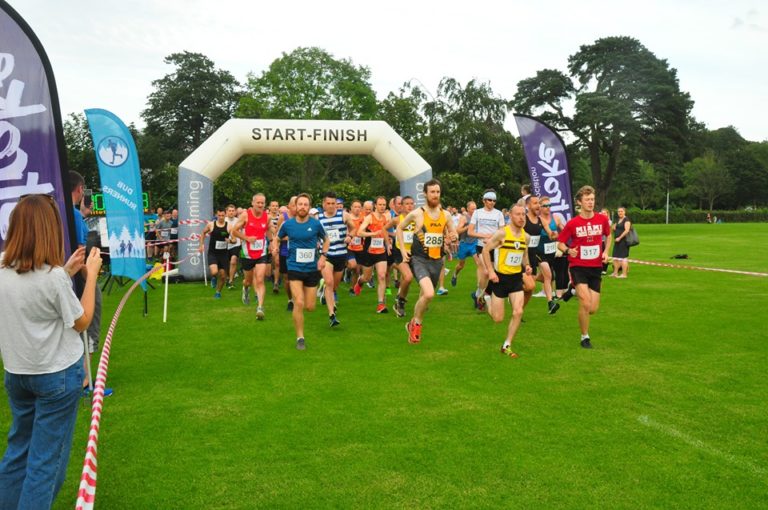 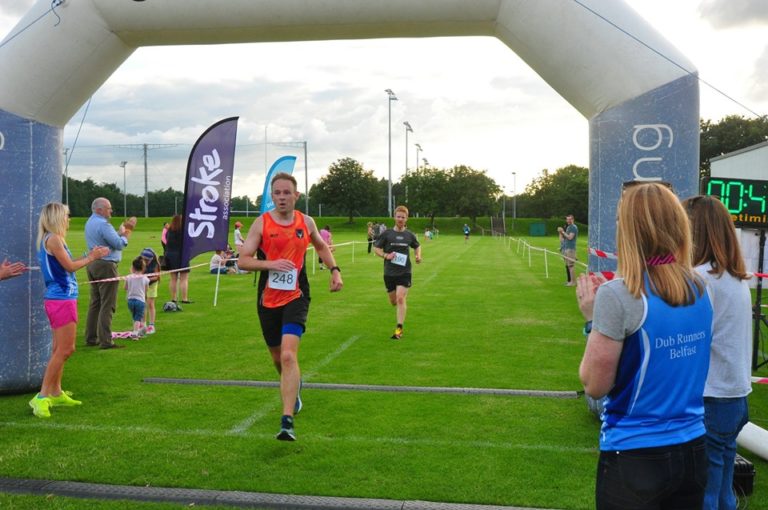 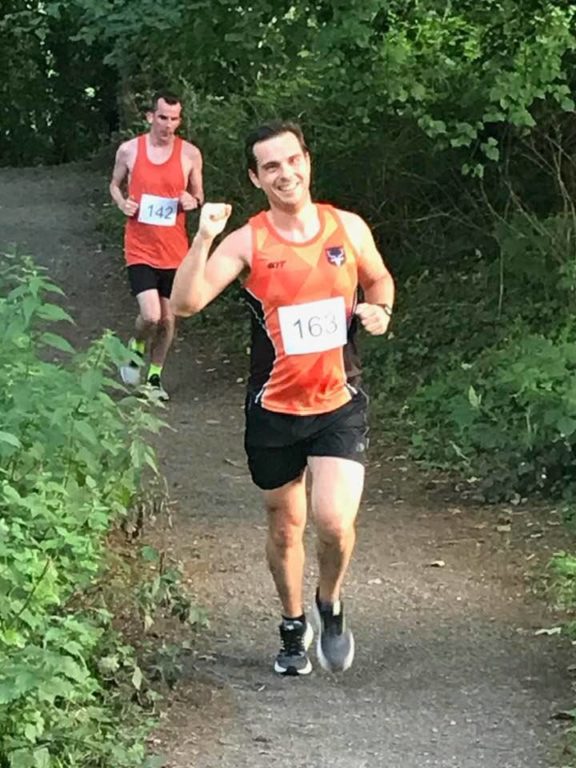 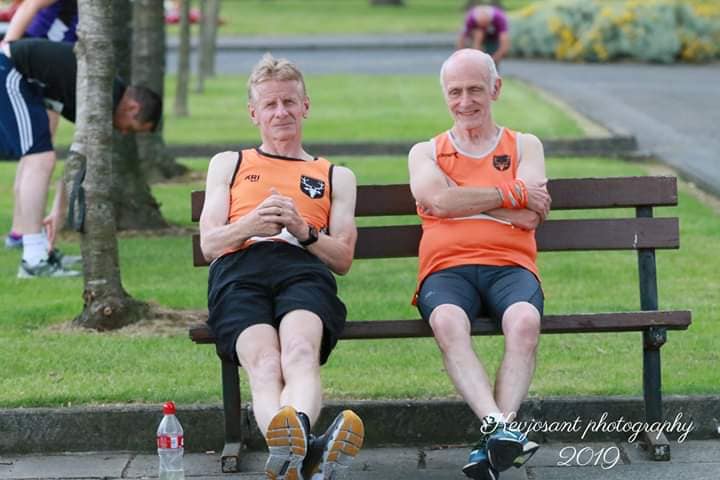 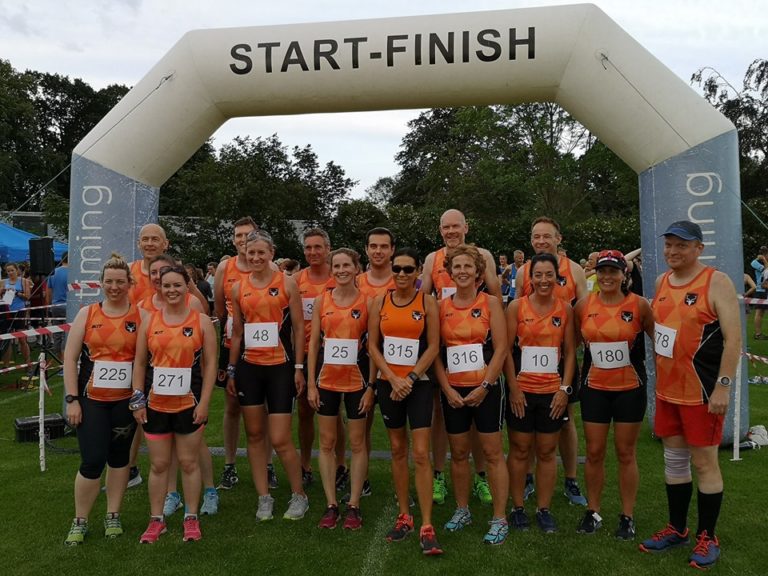 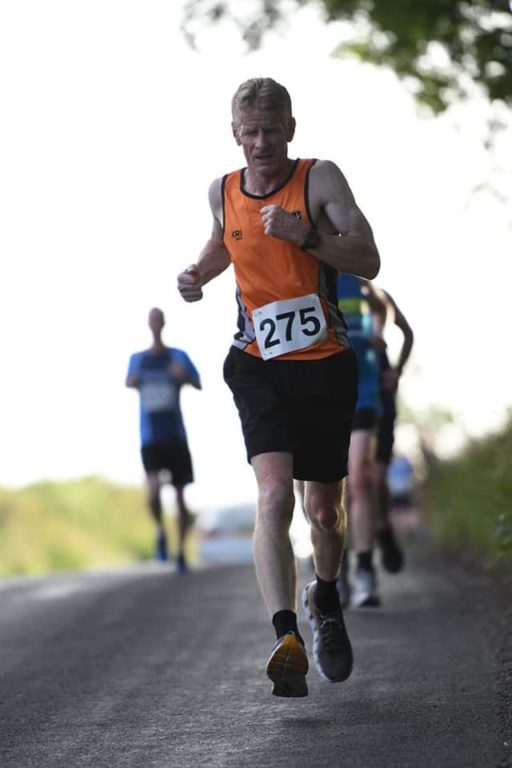 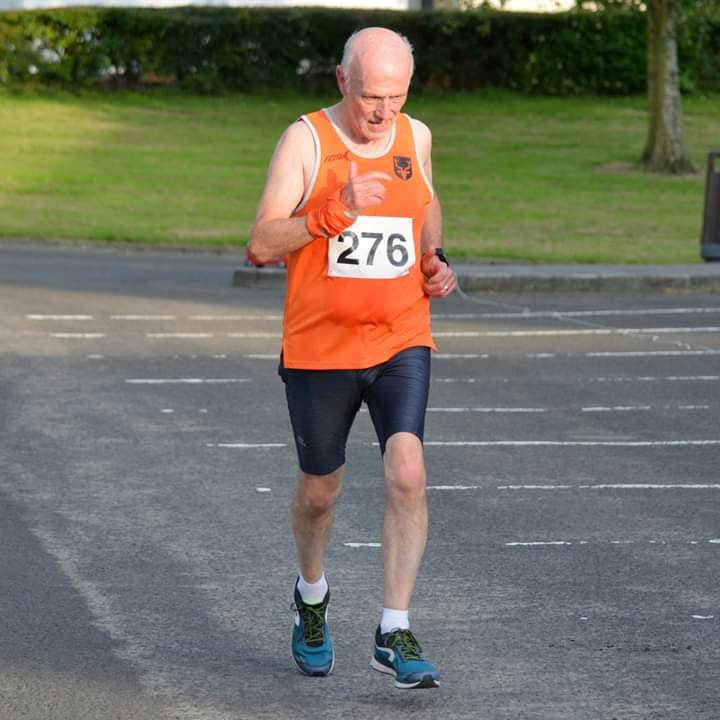 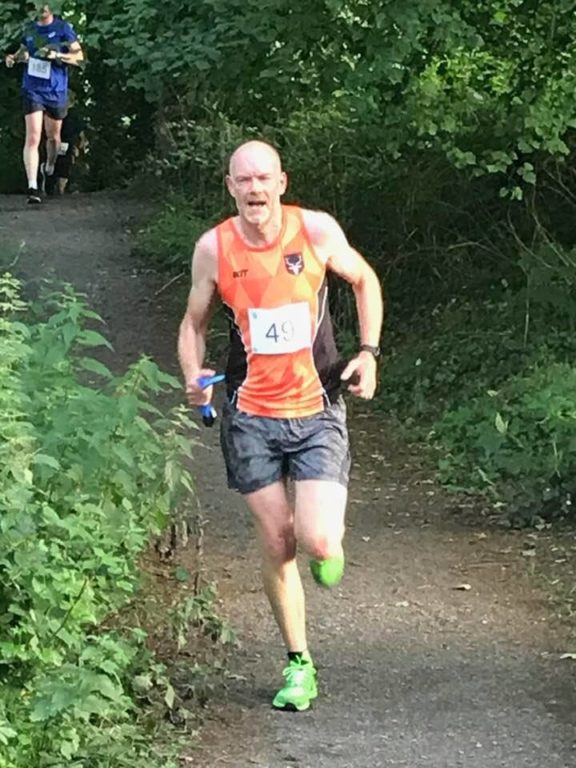 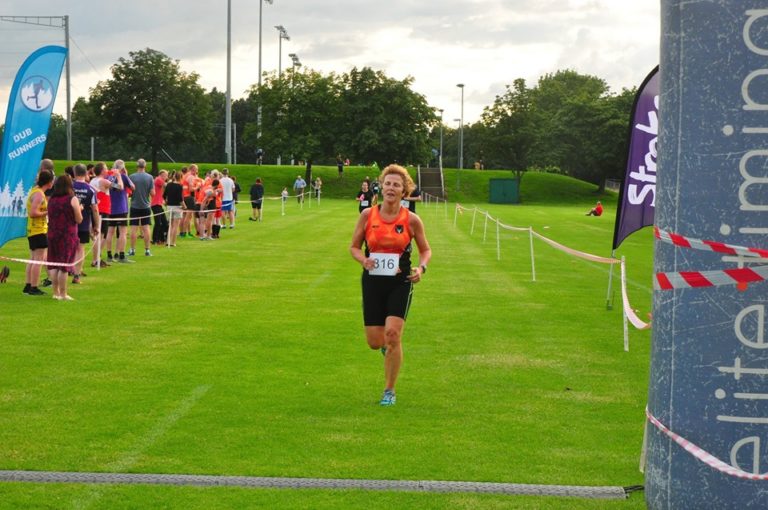