This week saw Quads, Connswater, Yorkshire and Castles feature in events across endurance and track disciplines to make a busy week of racing both close to home and over the water. Without further delay, here’s a round-up of all the action!

We continued with our Club Championship at North Down AC Track and Field event, with OAC athletes vying for points in either the 200m or 3000m events. The weather was fair for the evening races at Bangor Sportsplex and the below results were produced:

Well done to all our tack stars! We continue our Club Championship with a road trip to Phoenix Park for the Frank Duffy 10 mile this Saturday! This race also serves as a good test of fitness for our athletes who are in a solid training block for both Belfast & Edinburgh half marathons on 22nd Sept. Good luck to everyone running and enjoy the day.

Next stop on the Baker-McKenzie Super 5s trail for Brian Todd and Reg Sanlon was this midweek road race in Coleraine, sponsored by the local Nissan dealer, Edwin May, and hosted by Springwell Running Club and the local Leisure Centre. We travelled by train and the weather was forbidding to say the least as we headed north. However, the skies cleared as we approached Coleraine and it turned out to be a fine evening for running, if a little warm. The route was a mainly urban one starting at the Leisure Centre and finishing in the fine pedestrianized main shopping street (Church Street). After a brief tour of the town we routed out the Mountsandel Road parallel with the River Bann and then back to the town centre via the main Newbridge Road. The finish through The Diamond and along Church Street was excellent with plenty of spectators and much razzmatazz. There was the usual fine feast served back in the Leisure Centre prior to the prize giving. The entire event was very well organized and presented and well done to all concerned.
The Edwin May Classic 5 Mile Road Race was won by Craig Simpson (Foyle Valley AC) in 24.57 and Gemma McDonald (Ballycastle Runners) was first lady in 29.48.
Brian Todd….34.49.
Reg Sanlon….39.30.
Brian Todd was erroneously awarded the M65-69 prize! The indomitable and very fast Hugh Boyle of Springwell was the worthy winner this time. By the time the error was discovered Brian had spent his winnings!

Back for 2019 was the famous Quadrathon event presented by Extreme North. The event takes place in the stunning county of Donegal and sees runners complete back to back half or full marathons over a period of 4 days (Thursday – Sunday) known as the Quest and Warrior challenges respectively. At the end of each event, runners get a medal which interlocks to make an ornate shield which is very coveted in running circles. The over all course across the 4 days takes an anticlockwise loop around Inishowen, starting and finishing in Moville.

We had two OAC members taking part in the event. Selina Myles was new to the event and is carving out an impressive endurance career after taking part in this years Energia 24hr challenge. Selina had the Quest challenge in her sights and did so with a smile on her face as always.
Our endurance specialist Michael O’Donoghue (MOD) has completed the Quad Warrior challenge several times before but could not resist the temptation to complete the challenge again.

Both runners were supported by fellow OAC’ers on the ground Verity, Lisa, Heather and Edwina across the 4 days which we are sure provided much needed motivation and sustenance!

Well done to both runners on a super challenge and we’ve no doubt each of you will return next year!

Friday evening saw the inaugural Connswater 5 Mile Challenge, presented by fellow East Belfast Club Victoria Park and Connswater. Another of the Baker McKenzie Super 5 series which started and finished in the idyllic CS Lewis square. Runners negotiated a multi terrain course which included trail, grass and road surface as they made their way through the inner and outer paths of Victoria Park and the lower section of the Comber Greenway. With a lively atmosphere and lovely sunny weather, the event was enjoyed by 10 OAC members who were all rewarded with a bespoke medal and finish line refreshments. A great way to start the weekend, right on our doorstep!

Special thanks to all the marshals and support along the route and to VPAC for a really enjoyable evening.

The OAC results are listed below:

We’d 5 Masters athletes in action at the Irish Life Health Masters Track & Field held in Tullamore. The 3 hour journey was very worthwhile with OAC bagging no less than 7 medals! Official results were not available at time of writing however we are reliably informed of the below unofficial results:

Well done to all the Masters track and field stars!

This week saw another new event series presented by events company Run Through at the picturesque Hillsbrough Castle Gardens in Co Down. Runners had their choice of 5k, 10 and Half Marathon distances. On what was a tough but scenic course, OAC athletes ran the below times:

Alan Martin 55:27
Elaine Weston 57:40
Sharon McFarland 1:06:05
Beverly Martin 1:07:03
Well done all runners and thanks to Alan and Beverley for providing fabulous post-race hospitality at their home nearby.

So the 17th August has been a fairly big date on my calendar this year having entered the Punk Panther Dalesway Challenge when it was announced to commemorate the 50th Anniversary of this famous long distance walking route.

Starting in Bowness-on-Windermere and finishing in Ilkley, a small town in West Yorkshire, some 82 miles away. Having only joined OAC in May my priority was to get some long races in the bag so I haven’t made it down to too many regular sessions. Hopefully that can all change now as the 17th has been & gone along with a bit of the 18th for good measure!

An 0830 race start meant a 0500 rise and shine to make the laid on bus up to the Lake District. Along with another 120 odd lunes we reached the official start point of the route & waited for the off. Weather was overcast but set to brighten having raining constantly for the previous few days. Away we went and so the looooong day began. Mainly an off road course so navigation had to be right we began our journey up & down dale, often tracking alongside a river where it was immediately clear that dry feet were not on the cards. Having said that the sun did indeed shine, too much really as it was quite exposed in places so no escaping it until late afternoon. The route did include some fairly long uphill sections on road & tracks which bizarrely gave you a rest…from running at least! 7 checkpoints along the route kept us hydrated & offered as many sweet things you could imagine. I craved savoury & my wish came true at CP4…Cottage Pie, yummy! There were a few retirements here too but we’d just hit 40 miles so it was getting tough & worse was to come….more long hills, open moorland & soon the DARK! Earlier in the day I’d been running with a few others which really helps & the chit chat certainly sees the miles tick down. Now though the field had thinned out so often there was no one else in sight. Bizarrely in Kettlewell with headtorches on full beam there was a scarecrow competition where nearly every house had one on the doorstep in some fancy dress outfit…the mind starts to play tricks but I’m sure I saw Donald Trump at one point, hair like straw so must have been him
Then out onto Grassington Moor in total darkness (not a time to recollect that great 80’s movie, American Werewolf in London!)…stock to the paths Fortunately it wasn’t quite a full moon but I did come face to face with a cow, we almost hit it off but she had udder plans!

2 more CP’s in the final 20 miles and I could feel a wave of relief that it was nearly over & I was going to finish in one piece. I even managed to find some pace in the last 6 miles so I’ll give credit to Eric for that due to his mad paced Sunday runs!

Cruelly you had to run a good quarter of a mile past the finish tent to reach the official ‘End of the Dalesway’ and then back again to check in for your finish time…20 hours 20 minutes 19 seconds since we began. Thankfully no lasting injuries, no lost toenails, no trench foot and no way I’m doing that again…

As always we had a host of OAC’ers taking on local ParkRuns, with Gillian Logan celebrating her 50th Park Run at Victoria Park. Alison Canning was further afield in Washington DC for the Roosevelt Island ParkRun while the Quadrathon support crew went to Buncrana for their 100th event.

A consolidated report of all OAC ParkRun results for 17th August is available here:
https://www.parkrun.com/results/consolidatedclub/?clubNum=17953 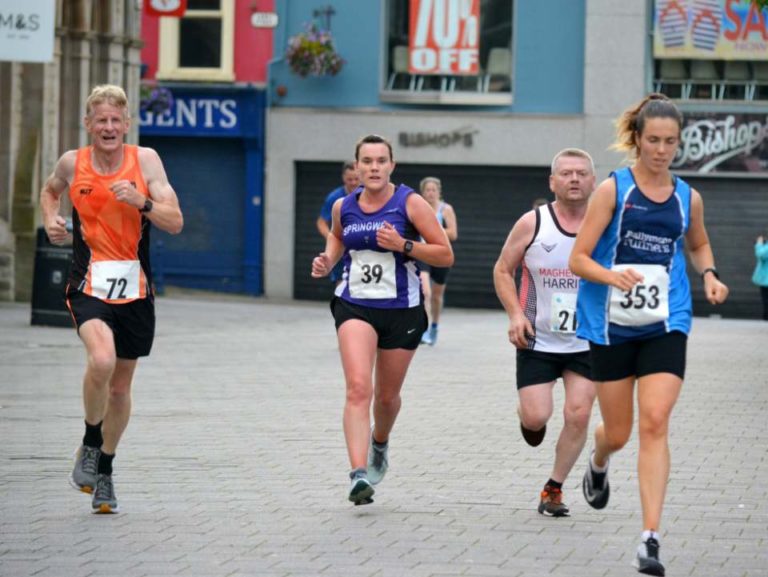 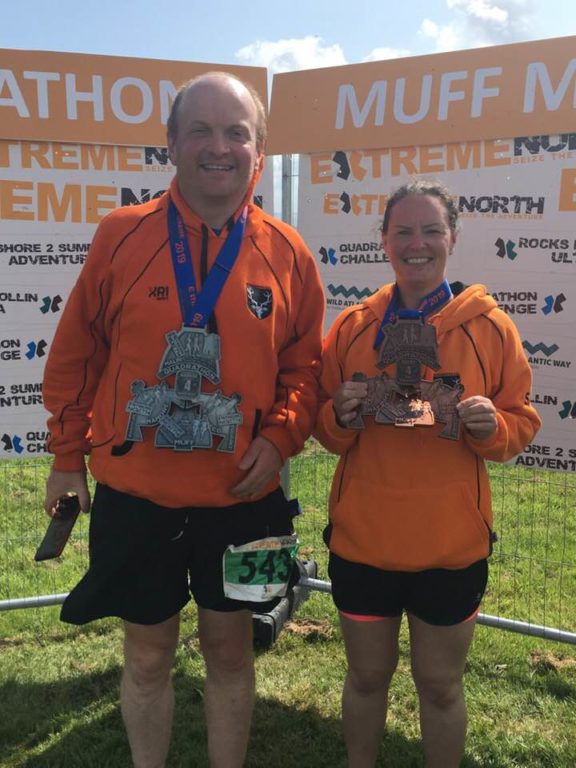 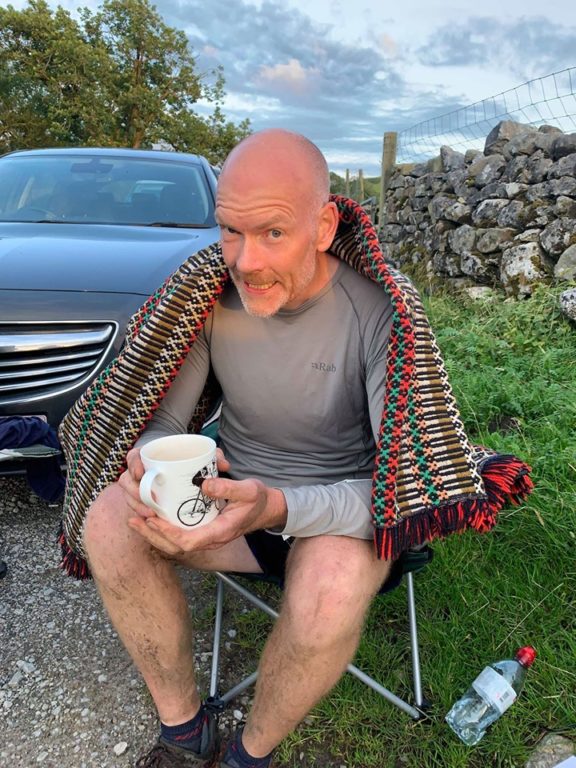 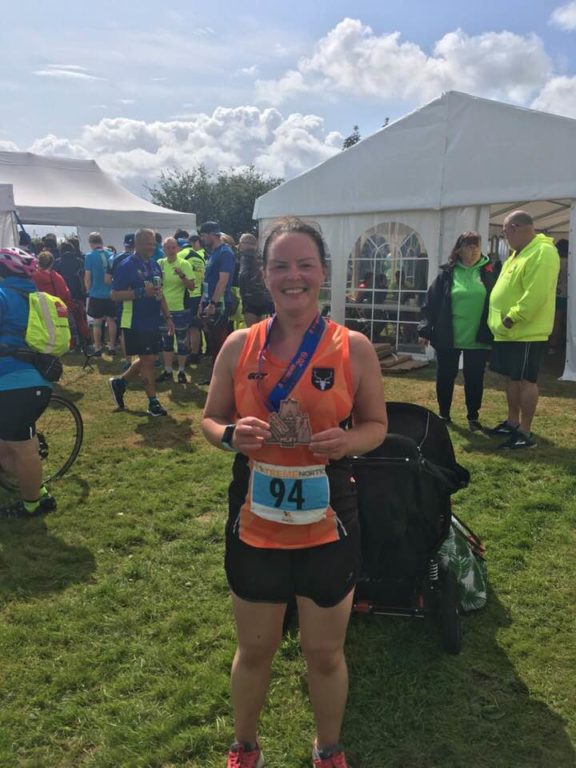 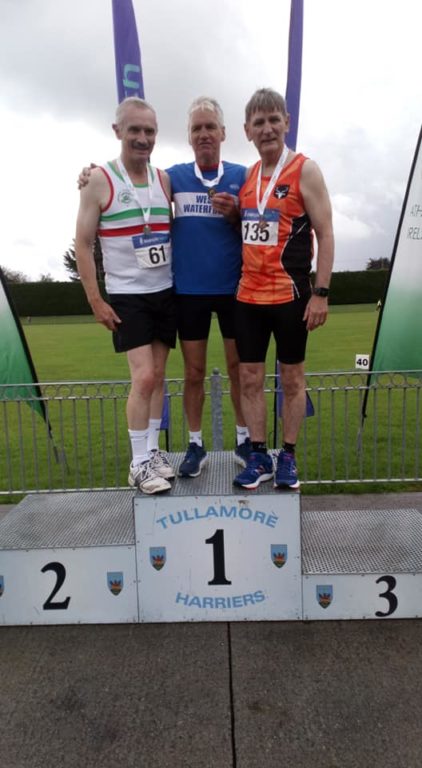 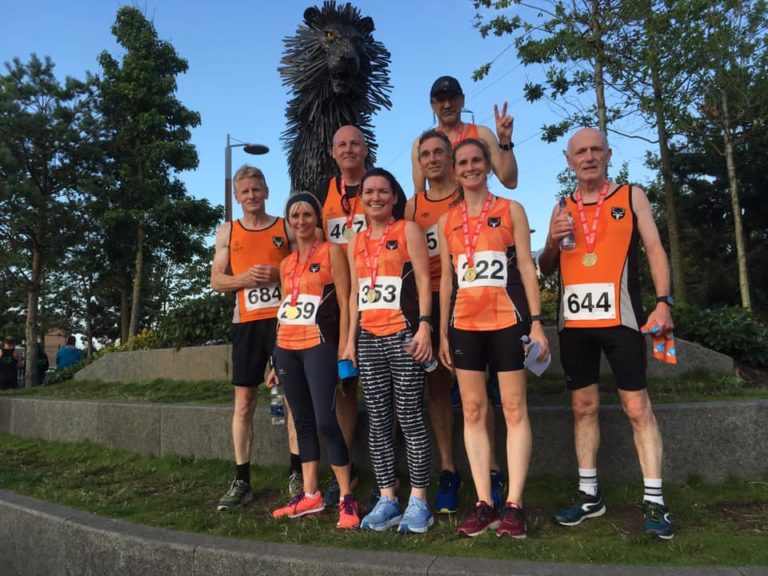 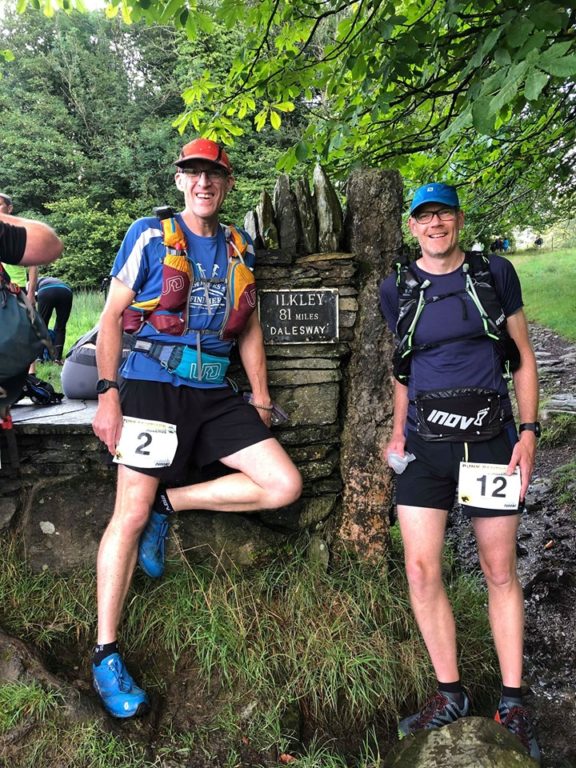 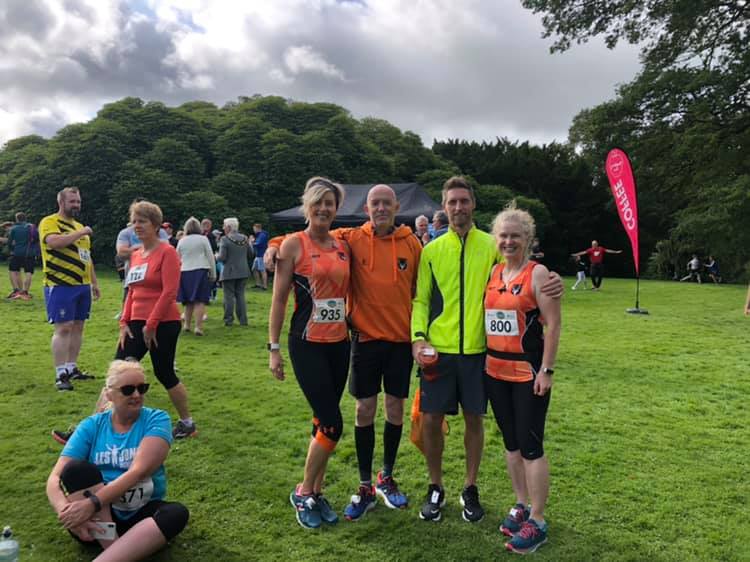 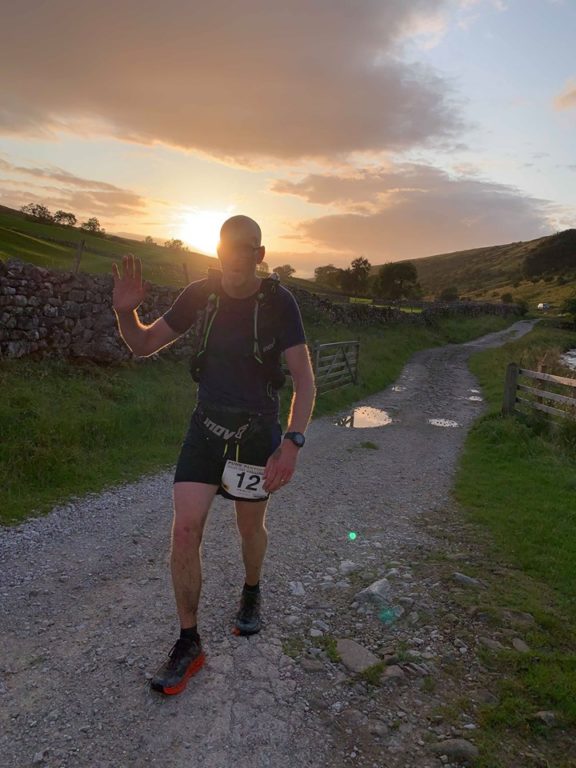 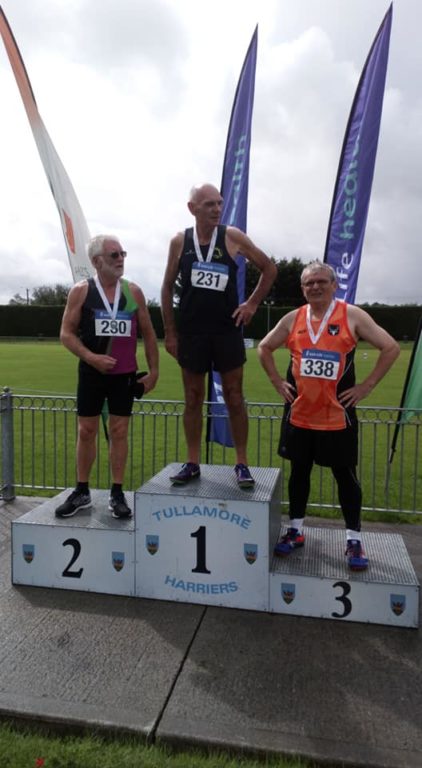 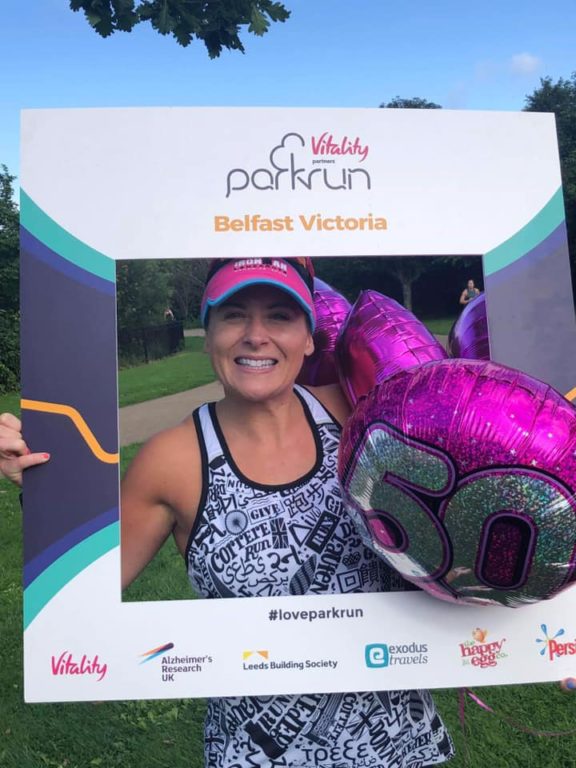 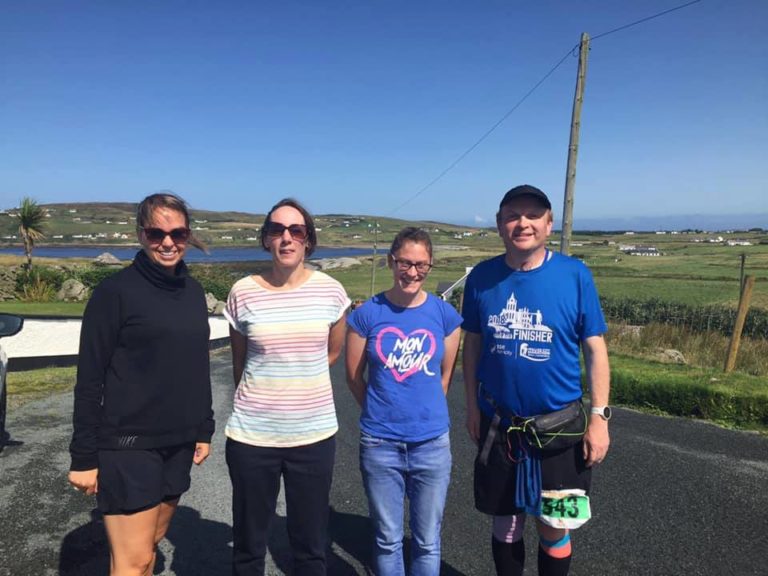 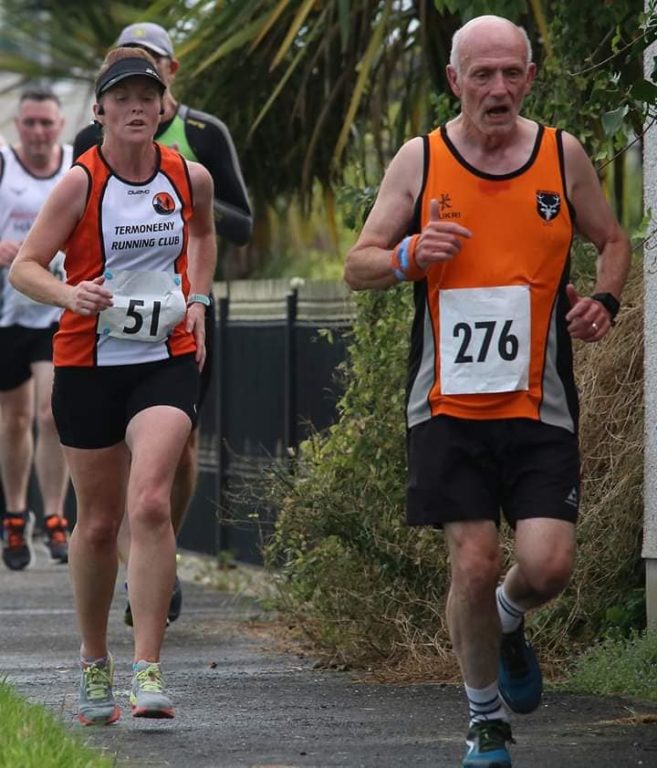 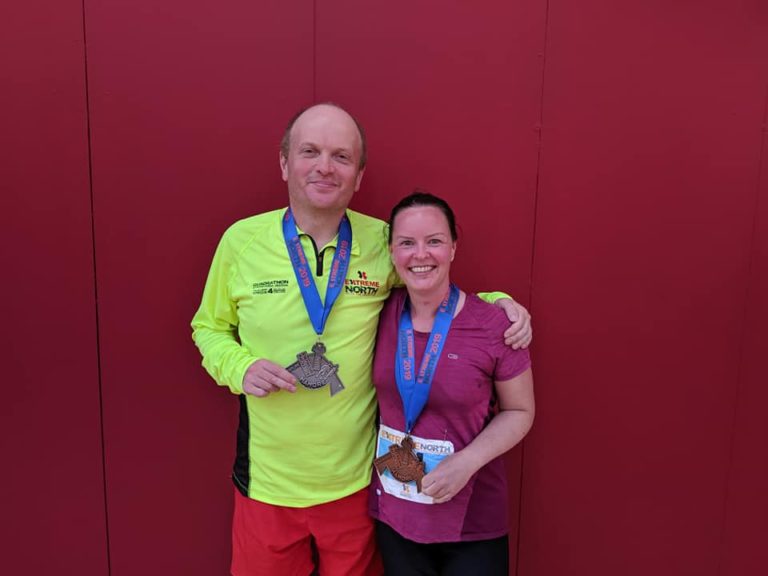 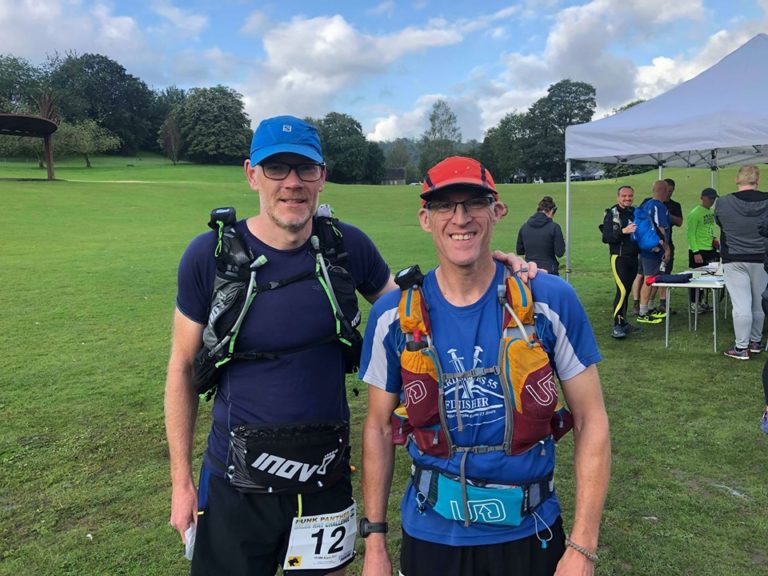 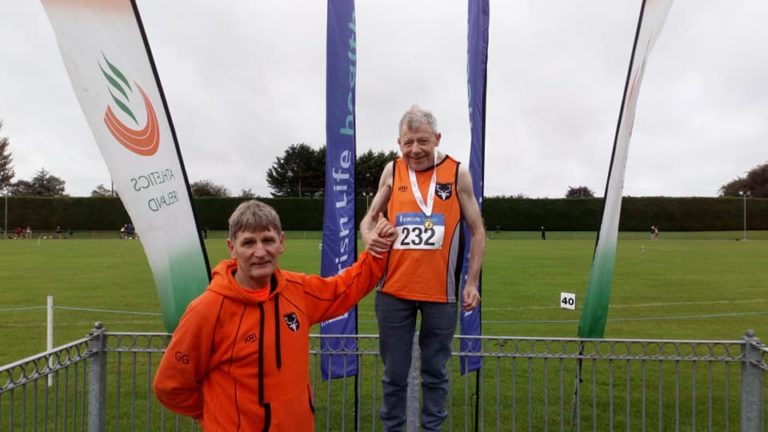