It is always a bit quieter at the July parkruns, however, over 200 runners still turned out at Victoria Park and there were the following personal best times: Danny Bradley, 18:28; Steven Gilliland, 23:04 and Elaine Weston, 26:00. Elsewhere, club members were at Stormont, Delamere, Dungannon, Portrush, Strabane, Letterkenny and Berlin.

Cash donations are now no longer acceptable at parkrun. Instead, donations can be made via the individual parkrun websites: Click on “About Us” and then “Donate” using PayPal.

Remember to volunteer several times a year by contacting: belfastvictoriahelpers@parkrun.com

This was the final race in the Athletics Ireland Race Series and part of the National 10 Mile Championship. Four OAC runners were on the start line of a course in Phoenix Park, Dublin, described as ‘not known to be the easiest’, but at least the weather was kind.

I entered the Dunleer 4 Mile Road Race on a whim. And why not?! There wasn’t much happening north of the border and Co. Louth is my home county. The village of Dunleer lies about half way between Dundalk and Drogheda. It used to be a familiar watering hole on the old road to Dublin. However, in recent years it has been significantly bypassed by the new M1 motorway and as a result it has become more sleepy and certainly more up-market. This race, which usually attracts a quality field, is organized by the local Dunleer AC in memory of two departed former members, Ollie Brennan and Sean Carrie.

The route started and finished on Dunleer main street and took in some of the fairly undulating roads in and around the village. Heat was the main problem. Temperatures were well into the 20s and what slight breeze there was didn’t seem to have much of a cooling effect. There were nearly three hundred runners and, as you might expect, the organization was very slick indeed and a good post-race feast was served in the local GAA hall, the Lannelire Pavilion.

Now in its 2nd year of running, the Donegal Wild Atlantic Marathon has proven to be a popular addition to the bustling calendar of Donegal races. In common with events like the Quadrathon and Seven Sisters it offers a tough challenge and striking views.

Two race distances were on offer, half and full marathon . The half started and finished at the folk village of Glencolmcille, going out to the coast at Malin Beg and turning round at the cliffs overlooking the striking Silver Strand, one of the prettiest beaches I have ever seen. The full marathon, which I did, started in the fishing town of Killybegs before lots of tough climbs to the town of Carrick, past the famous cliffs of Slieve League, before joining the half route. In total, I counted 2200 feet of climbing on the route, a stiff challenge for a road marathon.

There were just over 100 doing the full marathon, and over 400 for the half. I had to dig deep for a time of 4:32:42 and a dip in the ocean at the end, followed by a barbecue in the gorgeous weather. Adrian Scullion was in first place with an unbelievable time on those hills of 2:47:38. Ciara Cunningham was first lady with a time of 3:53:30. 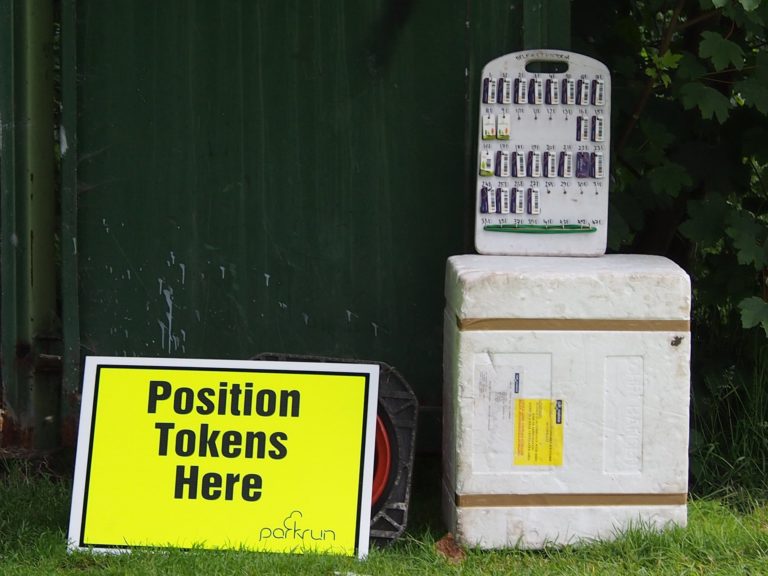 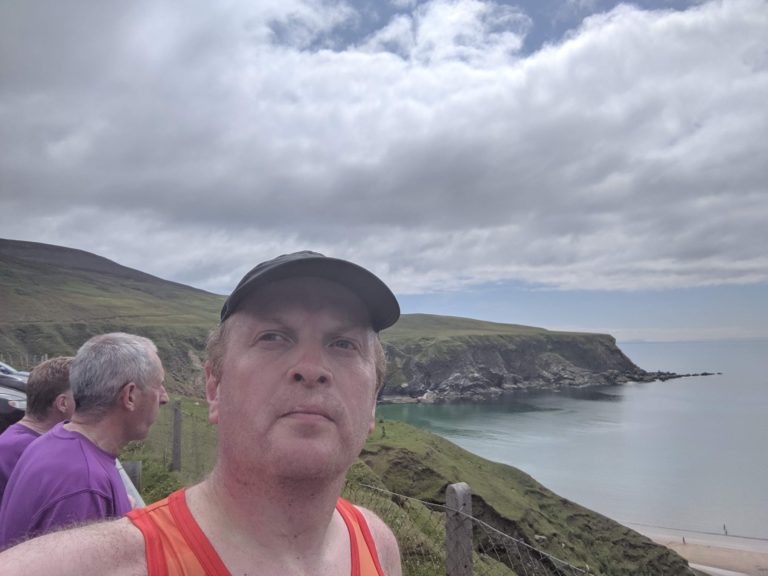 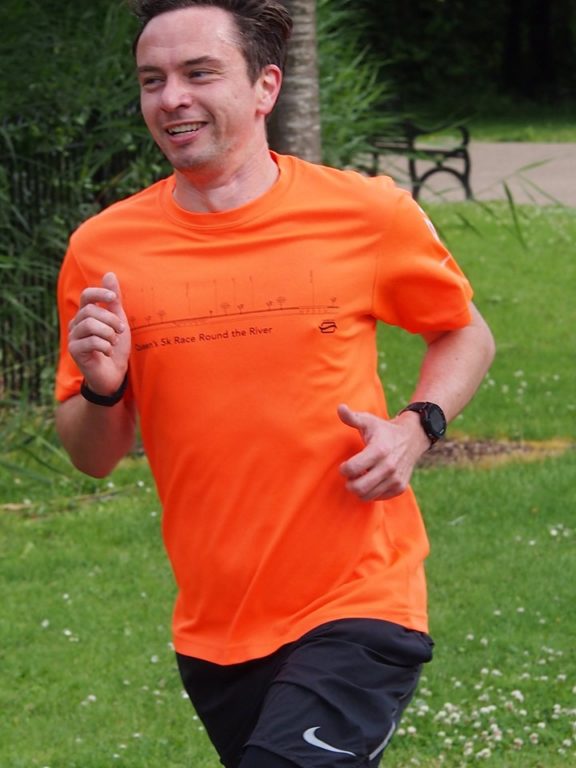 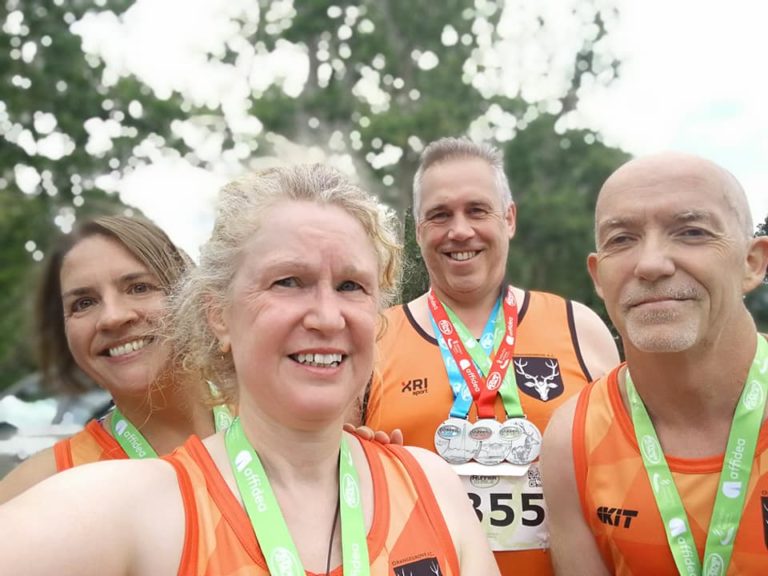 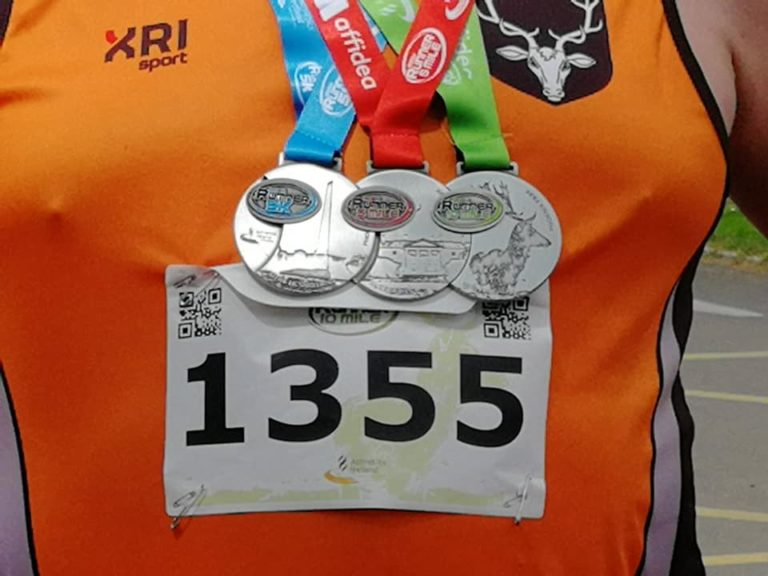 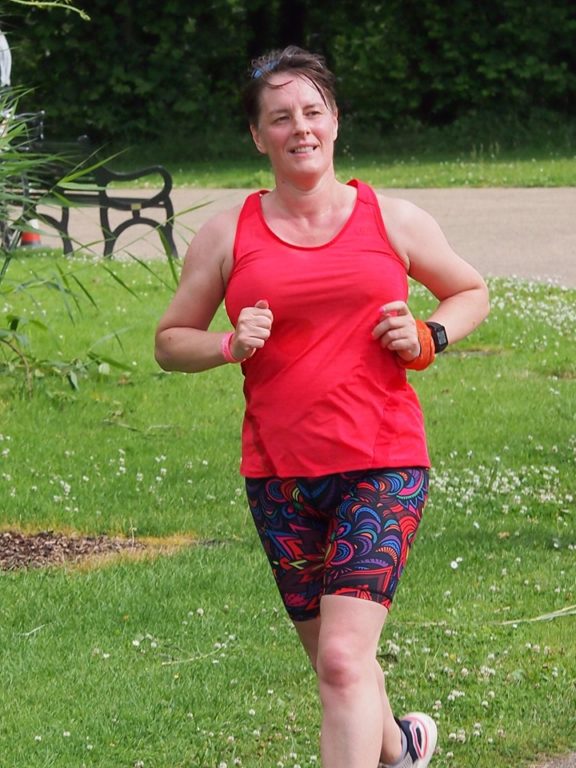