July 11, 2019 by Adrian Sproule
Report by Michael O’Donoghue
North Down AC Open Meet – 2nd July
It was a busy evening for us on Tuesday. It was the start of the half marathon training plan, in addition to event number 7 in the club championship in Bangor. This was a North Down AC open track meet. There were many distances on offer, but a select few that the seniors were interested in for club championship point purposes. The races were age graded, meaning that you were up against what would be a good time for your age at that distance.
Most chose the 1500m distance and the results were as follows:
Danny Bradley 4.46.27
David Montgomery 5.01.11
Robin Montgomery 5.11.11
Selina Myles 7.01.25
Catherine McIntyre 7.11.42
Danny was in first place in his race, and David continued to establish his supremacy over his brother at every race distance.
Always one to choose the longest distance available in a race, I reluctantly chose the 5000m distance and squeaked a sub-21 with a time of 20.59.92
Stephen Orr is a specialist at the 400m distance and finished his race in 2nd with a decent time of 58.99 and Jim Harris did well with a time of 74.00.
For good measure the sprinters Jim Harris and George Gribben did the 100m distance and finished in a dead heat of 15.43.
We also had a couple of juniors present. Sarah Van Der Linde did the 70m hurdles (13.91) and 100m (14.56) and Martha Orr did the 100m (15.37)
Sunshine festival 5k – 4th July
Heather Flint made the journey equipped with club vest to St Simons Island in deepest Georgia on US independence day to do the Sunshine Festival 5k.
She did well in the US deep south heat and humidity with a time of 23.59 and 2nd in her age category in a race of some 800 runners. Let’s hope we see some more race tourism out there!
Greyabbey 5K/10K, Round the Springs, 5th July, 2019 by Gerald Harvey
Six Orangegrove AC runners were in Greyabbey on a pleasant Friday evening, to tackle a course that started gently enough on the flat of the Newtownards Road and along Main Street, but was suddenly tough on the sharp uphill of North Street, followed by the tiring undulations of Carrowdore Road. Spring Lane was much easier and welcome respite before the left turn into a long straight of the Newtownards Road, leading to the finish of the 5K or halfway point of the 10K, just beyond the village hall.
In the 5K, Brian Todd, intent on propelling himself up the money list in the Baker McKenzie Super Fives series, finished 29th out of 223 runners in 21:04. Some distance behind, but trying hard were: Gerald Harvey, 58th place, in 24:02; Reg Sanlon, 64th place, in 24:23 and first timer Elaine Weston, 76th place, in 25:40. The race was won by Gareth Lyons (North Belfast Harriers) in 15:56 and first lady was Sarah Jane McFadden (North Belfast Harriers) in 18:58, 10th= overall.
In the 10K, David Montgomery did very well to finish 10th out of 138 runners in 39:19, fending off his brother Robin who was 14th in 40:41. The race was won by Stephen Wylie (Victoria and Connswater AC) in 32:59 and first lady was Kerry Speers (North Down AC) in 39:02, 8th overall.
Thanks to the organisers, all those who provided the tea and sandwiches afterwards and Glenn Grant of ChampionChip Ireland. The race was in aid of Alopecia UK.
Great Rossa Run – 7th July
An example of a great community run, the Great Rossa Run takes place around the village of Ardboe in deepest Mid-Ulster on the banks of Lough Neagh. The race had good numbers this year attracting some 800 athletes across the 5k, 10k and half marathon distances. Impressive considering it wasn’t part of Novosco, Super 5 or the half marathon series which dominate the schedules these days. I do remember liking the atmosphere, the sausage baps and the ice bath at the end, so maybe that had something to do with it!
From the club we had the prolific Elaine Weston present, fresh from the Greyabbey 5k and Stranmillis Parkrun the same weekend, who completed the hilly 10k in 54:41. The race was won by living legend Tommy Hughes (Termoneeny) in 34:14, and first lady was Alisa Small in 40:27
Parkrun
Andrew Corken got an all-time PB at Stormont. Brian McFarland got a course PB at Valley. Consolidated results at https://www.parkrun.com/results/consolidatedclub/?clubNum=17953
Credit to Steven Donegan for the photos 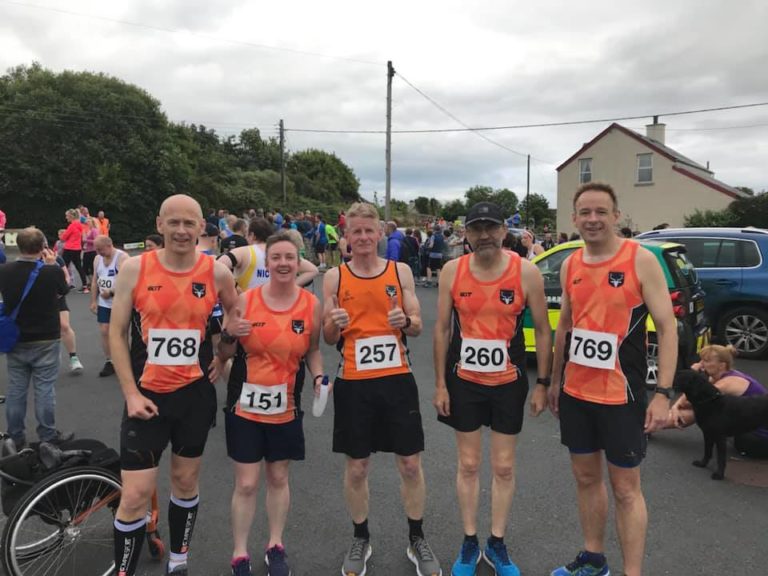 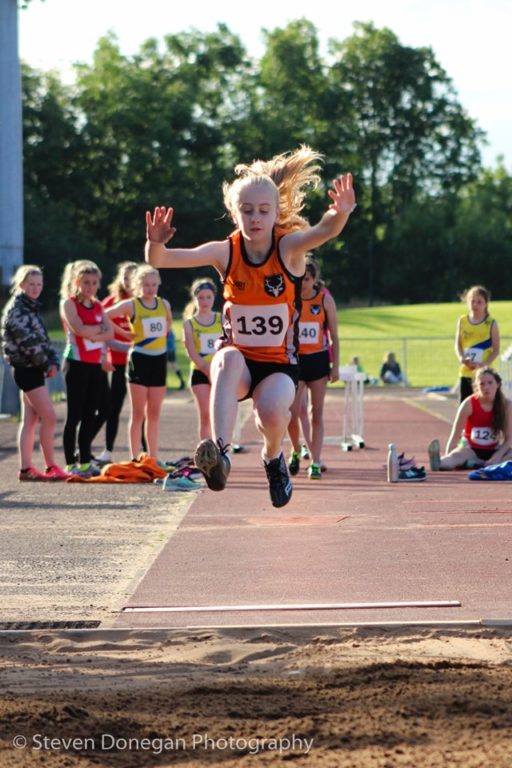 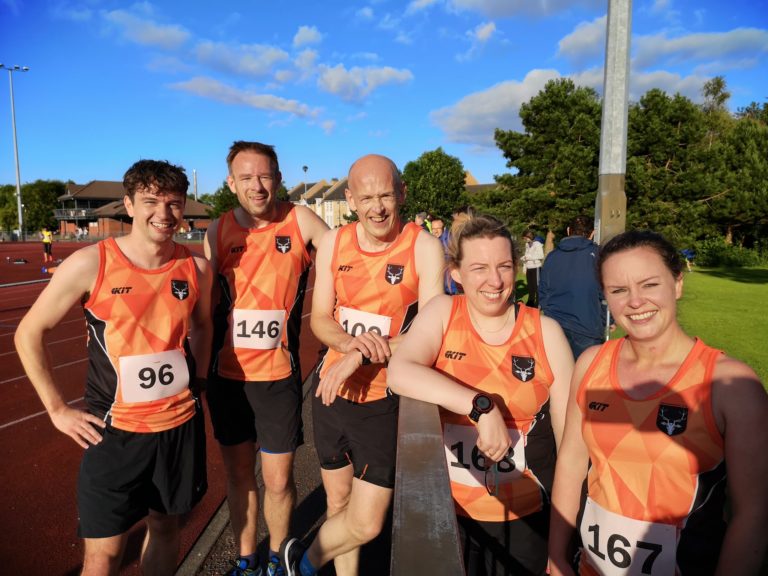 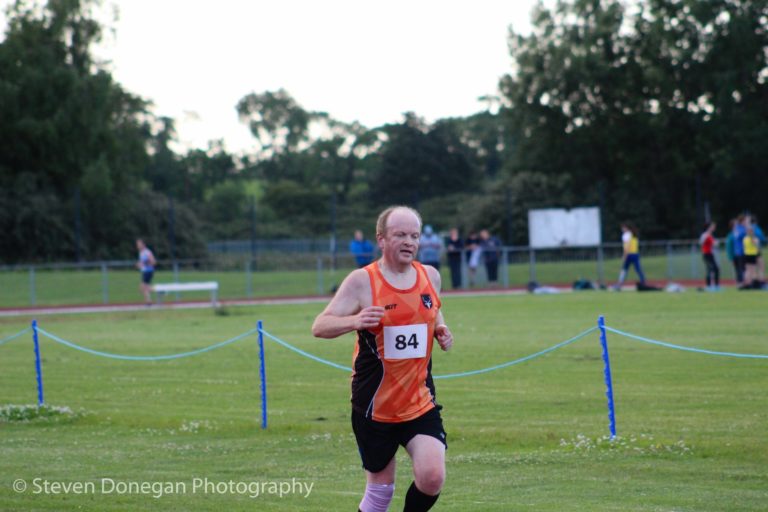 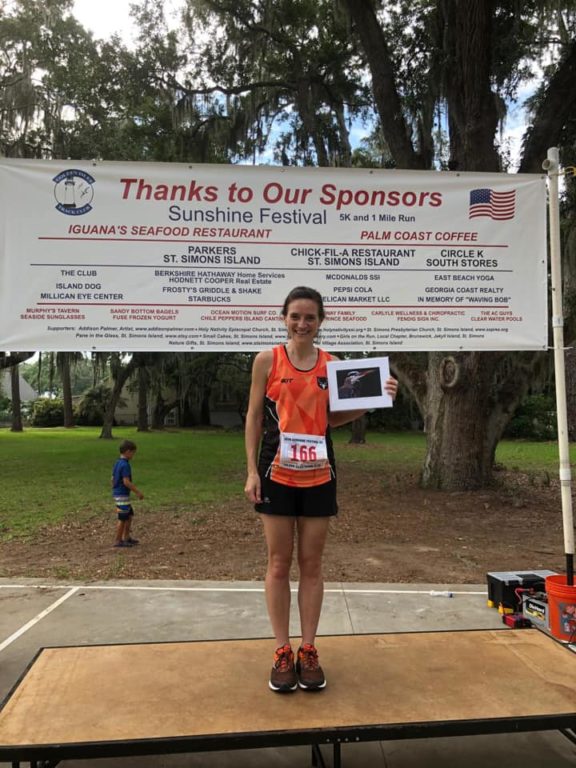 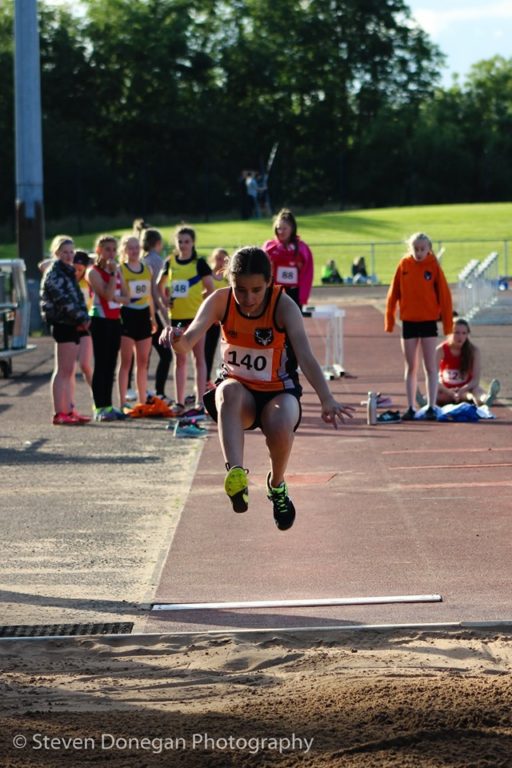