As the end of November approaches and December beckons there is really only one place to be this weekend and that is in Ormeau Park for the Seeley Cup 10k, hosted by Willowfield Temperance Harriers (Saturday 1st December at 2.30pm).

This is a prestigious race and it traditionally attracts some of the fastest athletes around. The course is a fairly straightforward one beginning on the Ormeau Embankment. The runners track towards the Ormeau Road before cutting almost immediately into Ormeau Park and through the Park to the north gate for the next lap along the embankment. One exits the north gate three times, finishing on the third lap adjacent to the old tarmac tennis courts. For the lesser mortals the aim is to get around, set a reasonable time and avoid being lapped by the experts. Easier said than done! It is not a completely flat course and the one or two inclines do take their toll, particularly on that short final lap. The long slog along the embankment three times can be quite tedious too!

The Seeley Cup this year will also be the final round of the 2018 Novosco 10k Grand Prix Series. As usual, some of the very fast runners will use the Seeley Cup as their sixth qualifying run for the series, dumping out of the money those of us who have been hanging in there over the duration of all seventeen races! Very frustrating at the end of a long season, but that is the way it is. This year there will be a large turnout from Orangegrove, in excess of forty. Many of them will, at least, be hoping to work up a thirst for the evening’s affair at Helen’s Bay Golf Club. One or two may well not be fit for anything following the race!

Anyway, we shall see! Best of luck to those in the orange vest on the day!

The day itself proved perfect for running. Although wet underfoot, (requiring a little care in places), from the morning’s heavy rain it was a warm windless afternoon at Ormeau Park for the 850 odd runners and many spectators who turned up for this end of season shoot out.
And the following times were achieved by Orangegrove runners on Saturday afternoon:

Well done to all from our Club who took part. Particular congratulations to Andy McIntyre and Gemma Blake who led the men and ladies home respectively. Special mention to Tom Smith (JM15-17) of the Junior Club on a very good run, even if he did shunt the elderly writer, (wearing his brand new Hokas!), into a puddle of deep water on the final dash to the line. Clearly, he has inherited at least some of his mother’s sprinting prowess!

Colin Simpson and Verity Cornford were in Spain over the weekend where Colin was running in the Valencia Marathon, known locally as the Marathon Valencia Trinidad Alfonso EDP. The route is mainly in the outer suburbs of Valencia with a spectacular coastal section. Generally regarded as being one of the top ten marathons in the World the course is comparatively flat and one that invites fast times. Very well done indeed to Colin Simpson and support (Verity) on the excellent time of 3.37.40.

Our friend and former member Sarah Wilson was running in rather murky conditions on Saturday in the Loughgall 10k (there was also a 5k option). I am glad to report that Sarah achieved the very respectable time of 51.24. Part of the excellent Run Forest Run series the race was held on the trails and byways of Loughgall Forest Park. Since moving to live in Bangor, Sarah has exchanged the orange of Orangegrove for the blue and white of Ward Park Runners. We wish her all the best with her new club.

We pass on our sincere thanks to the club captains, Jill and Stephen, who retired this week after two years of dedicated service. May they both now just enjoy their running as opposed to the considerable responsibilities of organizing it for others. We also wish the best of luck to Heather Flint and Chris Woods as they take up the mantle. May their patience not be tried too often!

We have just enjoyed our annual Christmas spectacular at Helen’s Bay Golf Club. When a reasonable period of time has passed additional information and photographs will be released as to what occurred. In the meantime, I can confirm that no members are currently in police custody or in hospital. On behalf of the many who attended I would wish to sincerely thank Sharon McFarland for organizing such a successful and enjoyable evening and for liaising so efficiently between our members and the golf club. Thank you very much indeed, Sharon!

With so many running in the Seeley Cup it is not surprising that there was a dearth of OAC participation in parkrun this weekend but, nevertheless, there were a few notable achievements that are worth recording. Rory Hall-Thompson (JM 15-17) was first Orangegrove finisher at Victoria Park, Belfast, in 21.57. Jake Dalzell (JM 15-17) was at Ormeau parkrun and got around in the very respectable time of 22.58. Colin Sykes ran a personal best time of 25.44 at Orangefield parkrun.
Those inveterate OAC parkrun tourists, Paul and Lyndsey Tyro, were at it again, this time at St. Anne’s parkrun (Raheny, Dublin). Paul was fifth finisher in 18.17 and Lyndsey was nineteenth lady in 25.55.

Don’t forget the volunteering bit! To volunteer contact the core team at belfastvictoriahelpers@parkrun.com.
Post script…..if you would prefer not to volunteer on the running side there is always the opportunity to do so on the post run catering side. Just let us know! 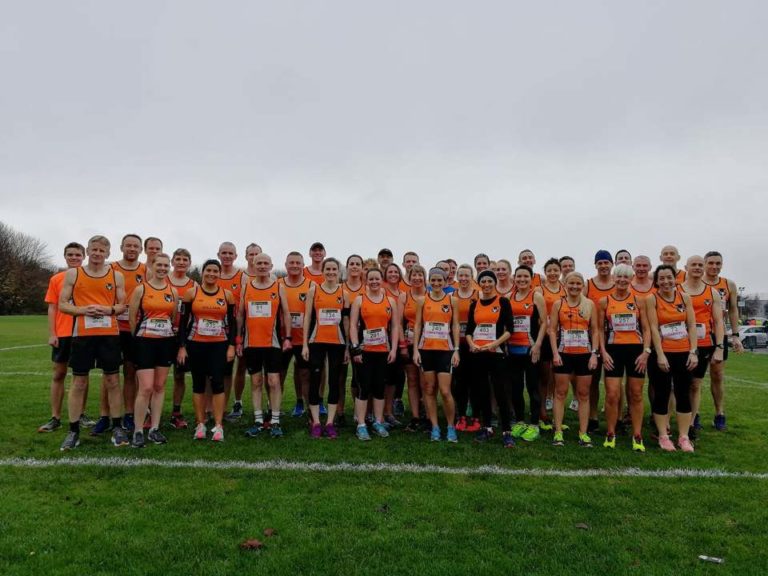