The 2018 festive season got into full swing last week with no less than two major OAC Christmas traditions being observed.

The annual Orangegrove Christmas Tree Run took place on Wednesday 12th December, with plenty of club members getting into the festive spirit by observing the OAC tradition of dressing up in their most extravagant and outrageous Christmas garb. Both Santa and Mrs Claus were there in their runners, as was Rudolph, there were a couple of very mobile Christmas trees and more elves than you could shake an antler at! At about 6.15 a huge string of fairy lights, baubles and santa hats could be seen moving off through Victoria Park and snaking its way towards the city centre. After stopping for photos at Titanic Belfast, the Odyssey and Victoria Square, it was on to City Hall for another photo and the mandatory pitstop at the Christmas Market. All were keen to top up their Christmas spirits with a cup of mulled wine or cider (2 for some…), and then it was a leisurely couple of miles back to Victoria Park and home. A great turnout as usual for this annual tradition and thankfully the forecasted rain stayed away! Special thanks for Catherine McIntyre for taking on photography duties and congrats to Steven Gilliland and Gemma Blake who were awarded best Christmas costumes.

A somewhat younger Christmas tradition in the Orangegrove calendar is the outing to the North West Cross-Country. The itinerary of travelling to Derry on the train, taking part in the race and then retiring to the Walled City Brewery for food and liquid refreshment has proved a popular one. This year numbers had swelled to almost 40, with around 25 due to run and others coming to lend their support and enjoy the craic. However, on the day there were a few who were unfortunately unable to make it, and one or two who thought thet they might melt in the rain and just decided to stay home. So in the end there were 19 hardy runners, 10 men and 9 ladies, who variously battled against and were gusted along by the strong winds which swept across the grounds of the Gransha estate on Derry’s Waterside. Unlike many other cross country events, all competitors run together in this race and as a result the distance is slightly shorter than the men would usually run at 6k. That said, three laps was enough for anyone given the atrocious weather, but the conditions underfoot were good for a cross-country race in December. As with most XC races this season, Mark McKinstry was victorious, breaking the tape with a time of 19:59. North Down’s Rachel Gibson won the ladies race in 22:42.
As for the Orangegrove contingent, Andy McIntyre led the OAC men home in 22:44 and newly-appointed captain Heather Flint was the first OAC lady in 30:50. Well done to all who made the trip and defied the miserable weather conditions to get out and race.
Full club results below.

With the minor issue of the running out of the way, it was on to the Walled City Brewery for lunch and drinks. Between the brewery and the train home, there was plenty of drinks and plenty of craic, a few even continued the festivities when back in Belfast. Many many thanks go to Heather for all of her hard work organising the travel, food and race entries. It may have been a pi** up in a brewery, but it was so much more besides. 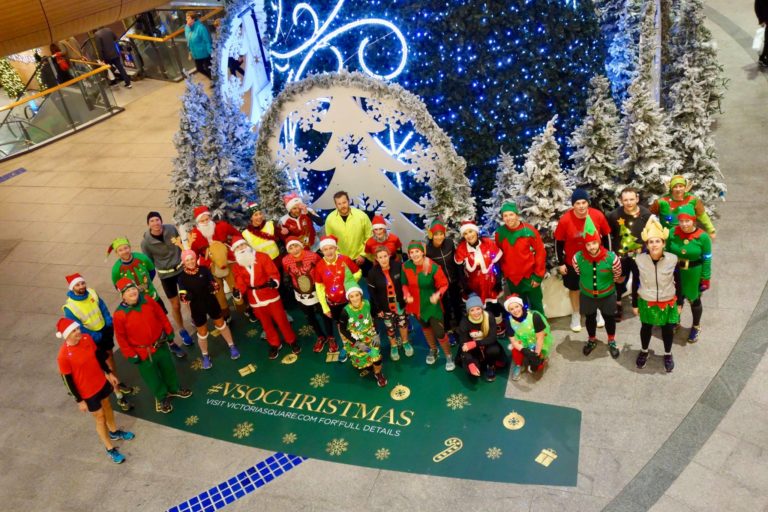 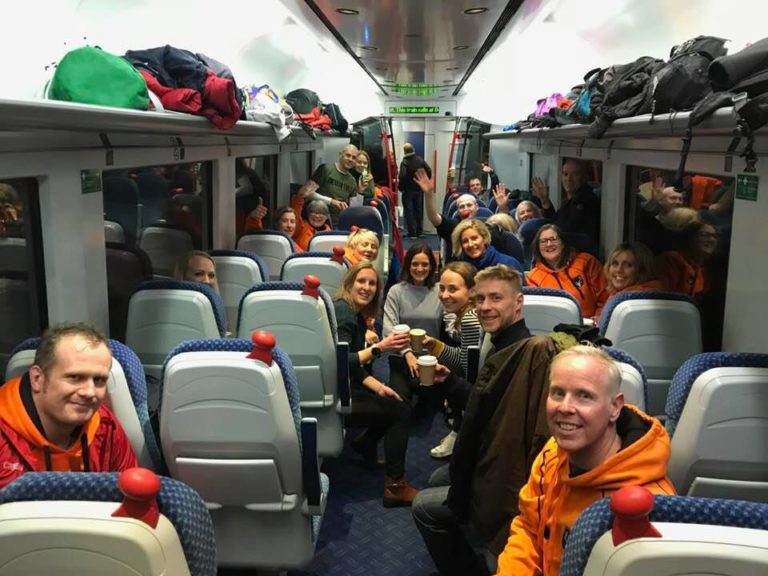 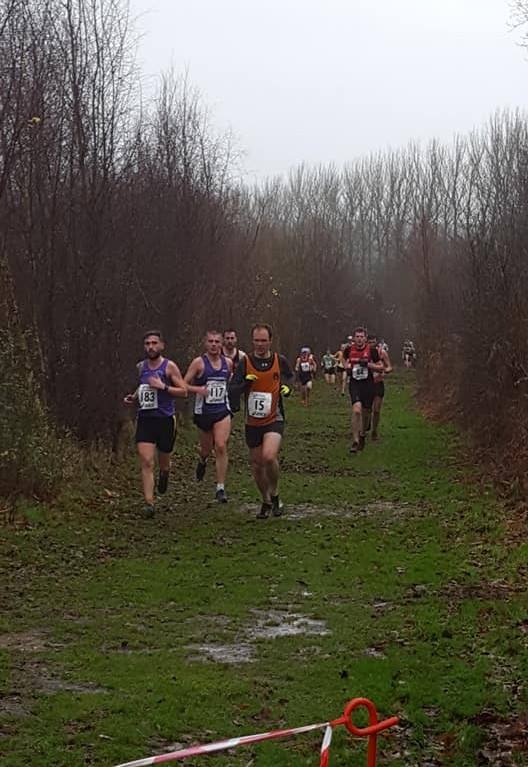 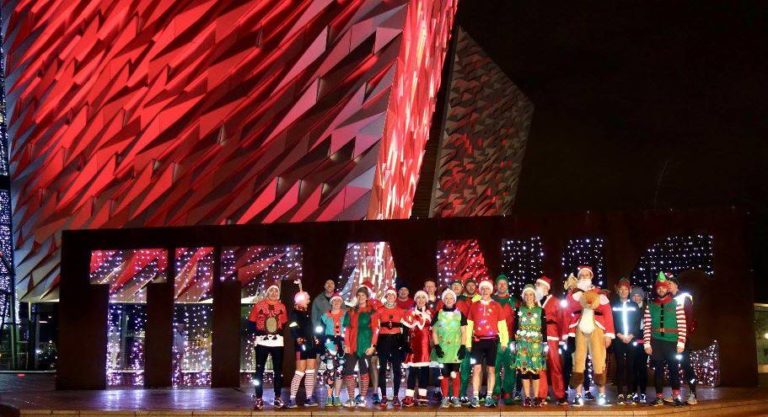 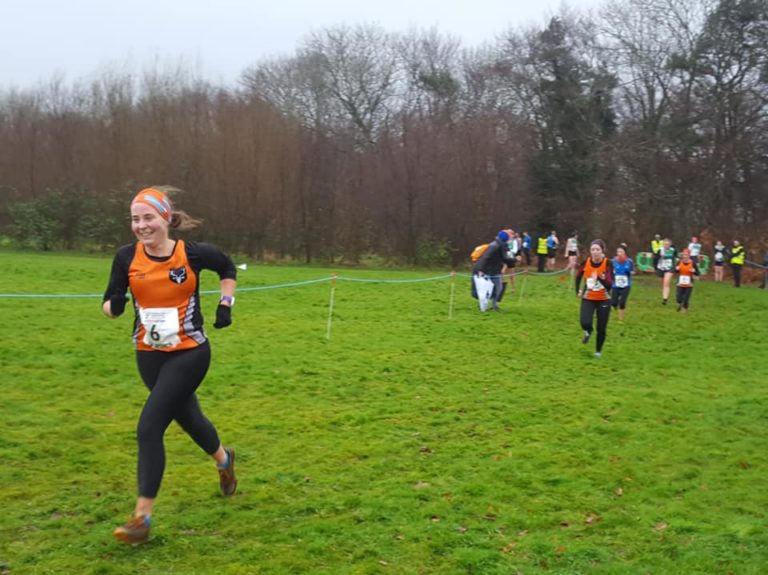 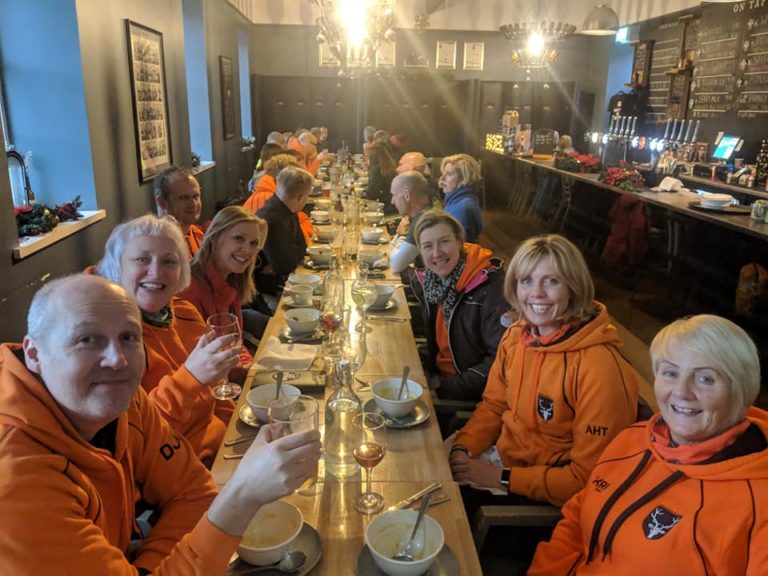 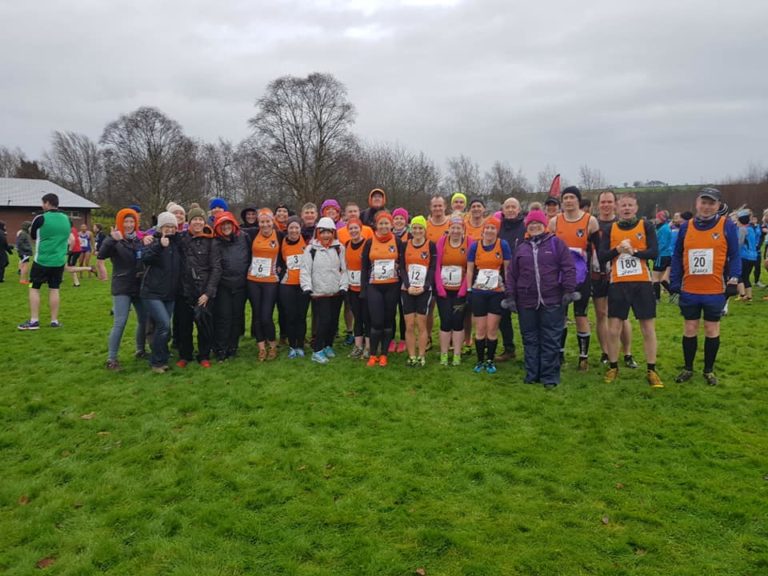