‘Two roads diverged in a wood, and I –
Took the one less travelled…’ (Robert Frost).

The race started next to the square, making sure the ferry had departed, before heading out of the town for the first mile and then into the Castle Ward grounds. We then proceeded along the boundary trail next to the lough before heading inland and through the farmyard, famous for featuring in Game of Thrones. From there it was a tough climb out of the estate and back towards the village.
David Montgomery and Michael O’Donoghue made their way down for the event. David finished in 38:54, 5th place out of 130 runners, to win the M45 category prize. Michael finished in 43:25, 27th place.

This 15K multi-terrain race started from the Cannon Gun on the beachfront at Strandhill Village, then followed a gruelling anticlockwise route to Queen Maeve’s Cairn on top of Knocknarea Mountain (327m) and back to the finish on the beachfront. The event was time limited to 2.5 hours. Andrew Tees finished in 1:13:35, 77th place out of 1040 runners, Sarah Steer finished in 1:27:57, 373rd place and Steven Gilliland finished in 1:33:17, 489th place, so they were in no danger of suffering the indignity of being swept up by the ‘broom wagon’.

Sea legs are often needed for the ferry crossing from Ballycastle and the weather in late August has been unsettled to say the least. Three runners from OAC braved the journey and then took on the tough 10 mile route from Church Bay towards the East Lighthouse, looping back to the bay and on to the West Lighthouse and back. Harriet Anderson and Andrew Bennett finished in 1:32:38 and 1:32:39 respectively (102nd and 103rd places out of 221 runners). Selina Myles finished in 1:40:27, 135th place. Well done to all three.
The race was won by Neill Weir in 58:59 (Willowfield Harriers) and first lady was Claire Tonry (Dub Runners) in 1:08:07, 5th place overall. The event was organized by NI Running in conjunction with BAC.

After last week at Stormont where we chased the tail end of the field in our handicap race, it was back to running en masse and it was quite crowded at Victoria Park as the runners set off in a clockwise direction for three outer laps.

The following OAC runners achieved a PB: Jacob McKittrick at Stormont in 18:36; Jonny Weston at Victoria Park in 19:09 and Sharon Corken at Orangefield in 25:13.
There were a number of first timers: Paul and Lyndsey Tyro at Dungannon; Ian Reid and Heather Shanks-Miller at Orangefield; David Fletcher at Crissy Field, San Francisco; Eoin Woodman at Stormont and David Doey at Waterworks.

Remember to volunteer at least a couple of times a year by contacting Gerry Ward at:
belfastvictoriahelpers@parkrun.com

They said it would stop raining before the beginning of the race, and it did. Well, almost! There was still a little drizzle in the air as about 850 of us set off from Carrickfergus Leisure Centre to storm the bastions of John de Courcey’s castle, the best building in the town. By the time we had wend our way downhill to the seafront the rain had stopped and conditions were just about perfect. It was a little slippy underfoot and manhole covers were to be avoided at all cost. The route is a very pleasant one with quite a few twists and turns. The runners cross under the main Belfast road by subway and then along the seafront towards the castle. The section in and around the castle and marina makes for super running and could almost be Puerto Banus on a good day. After the marina it is back on to the main road again for the fairly long old slog up to the turn at the PSNI roundabout. The finish is fast and furious and spectacular in the shadow of the Norman edifice. This was a very well organized and presented race by Seapark AC who deserve much credit. The weather this year did not co-operate but all turned out well in the end. Thank you too for the very enjoyable hospitality in Shaftesbury Park following the race. The medal was beautifully designed too…a running scene as if depicted from the Bayeux Tapestry.

Lyndsey Tyro for Orangegrove was flying and finished as first lady in the very good time of 41.02. The rest of us were a little more pedestrian but respectable nevertheless as befits our club, as the following times indicate: 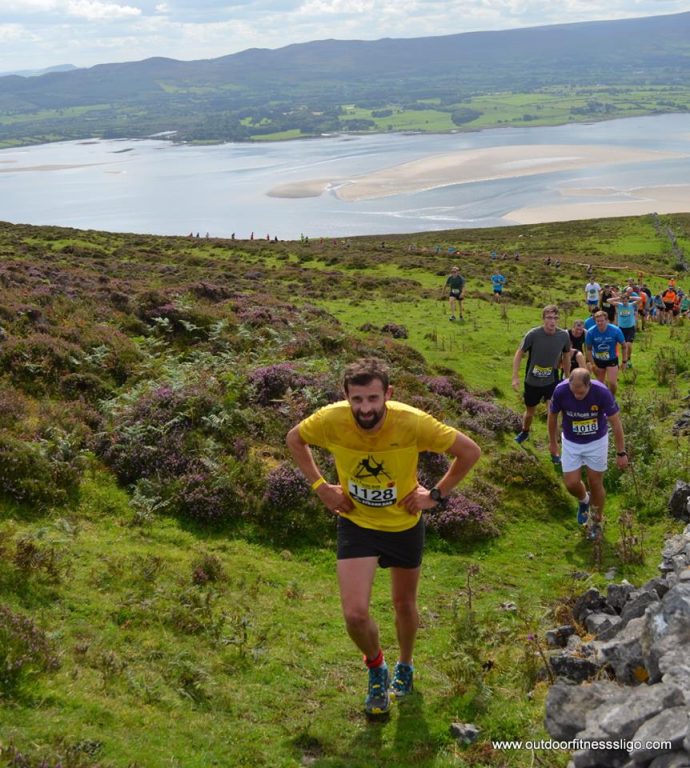 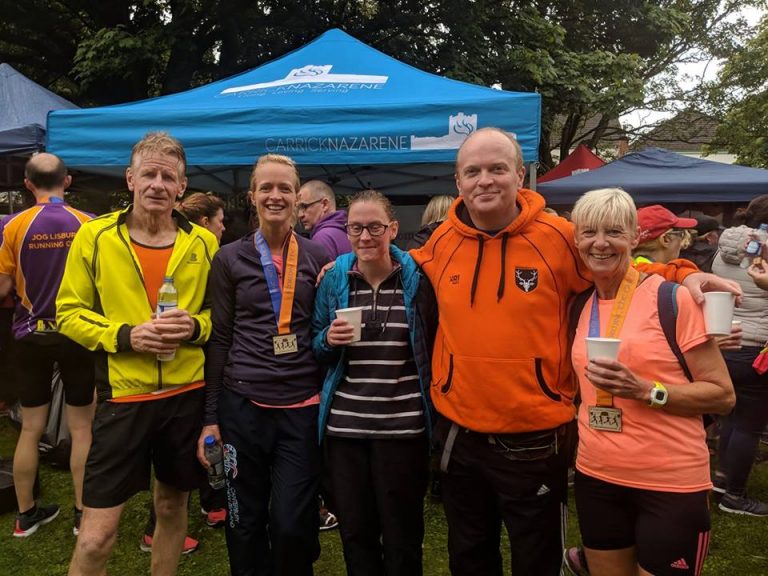 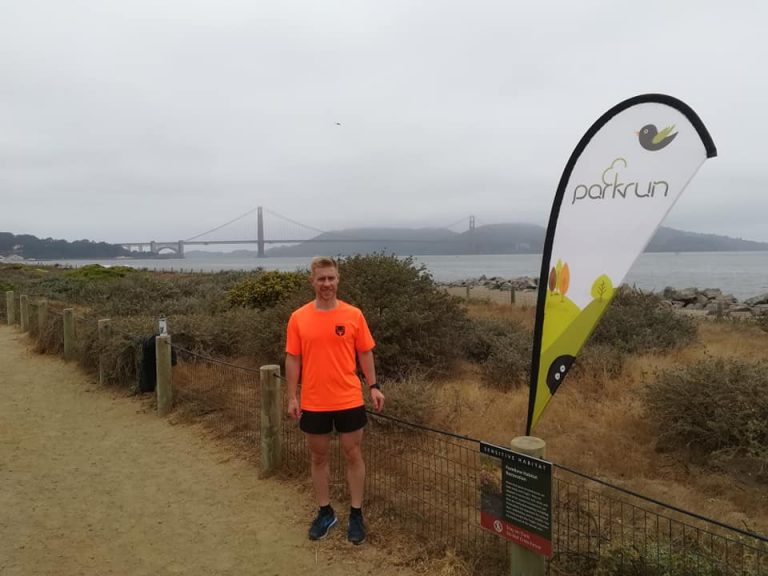 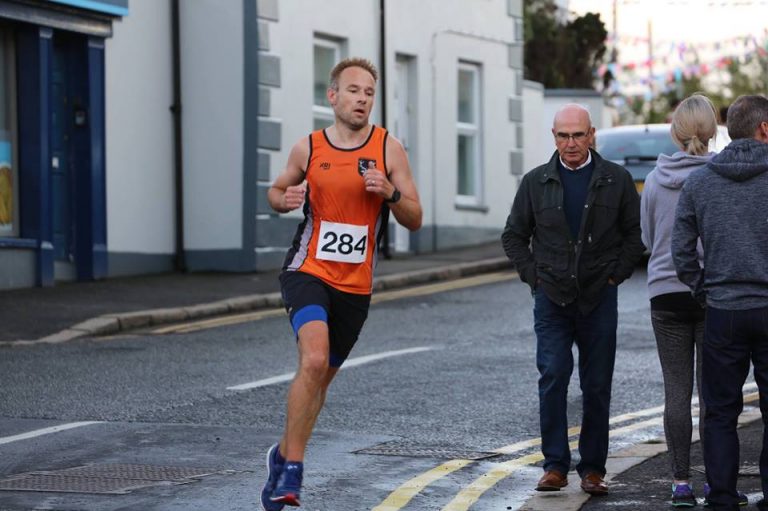 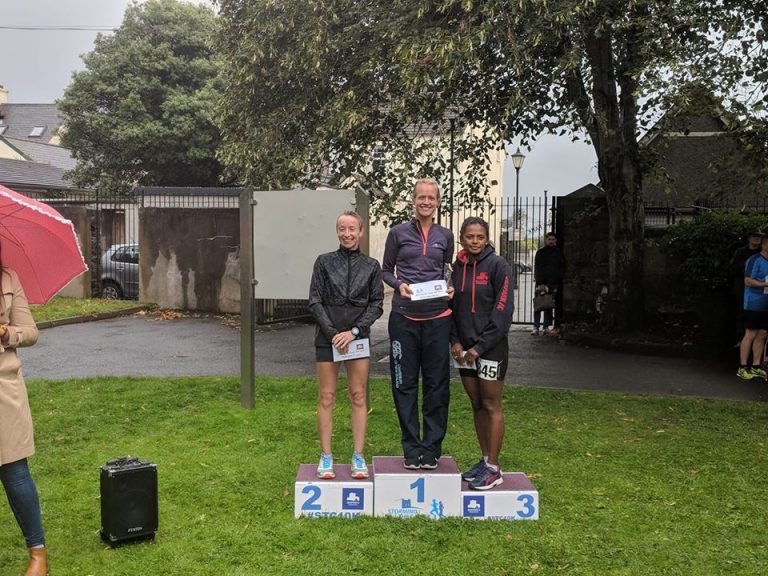