With the 1st and 3rd mile being approximately 6:40 m/m pace you got to wonder what happened the only orange man in Ballymena on Friday with a finishing time of 22:30. Yes, there was a bit of a hill and the wheels fell off half way around this one-lap course.
Despite this mid-race setback, Martin did in fact enjoy this race and found the variation of mostly flat along the Bog Road, a steep climb up the Crebilly Road and the rapid descent down the Woodside Road before a sprint finish in the All Saints’ grounds…challenging but interesting and enough to return next year.

Jarlath Falls and Gemma McDonald of Ballycastle Runners AC won in 16:38 and 18:53, respectively.

£900 was raised for NI Heart Chest and Stroke on the night and medals were presented in the clubrooms afterwards along with some lovely Ballymena buns.

A contingent of OAC track stars journeyed down to Tullamore, County Offaly for the Irish Masters Track & Field and the haul of medals certainly made it worth their while.

We’re now onto the 11th out of 14 races in this year’s club championship, and it was the 5k trail handicap race, happening alongside Stormont Parkrun.
We had many sterling performances and some great improvements in overcoming the handicaps, but the winners were

This 14 mile race, organised by Tywyn Rotary Club, starts at Tywyn station on the edge of Snowdon National Park and goes along the route formerly used for transporting slate from the former mines up at Abergynolwyn and back. Very much a multi-terrain course the first half is a rough cross country course with several hills and mucky terrain throughout. In the second half the course changes to resemble more of a mountain/trail race with narrow track and deep bogs to navigate. The lead train itself has a target time of 1 hour 48 minutes, and would have several stops on the way.

Instead of a regular whistle or gun at the start of the race we were treated to a full on steam whistle and clouds of steam passing over the competitors as the train sped away. Because of the relatively uncommon nature of the event it attracts the curious from all over the world and is a very competitive event. It’s been estimated by runners doing the course that in order to beat the train you would need to be of a standard that can run a flat road half marathon in around 1 hour 25 minutes.

This wasn’t terribly far off the mark for me as I finished in 1:55:55, keeping ahead of target pace in the first half but losing too much time in miles 7 to 10 and having the train pass me with all the cheering passengers at mile 10.
Overall 103 runners out of 586 beat the train and got a commemorative mug for their efforts. The winner was Chris Roxbugh with a time of 1:28:47 and first lady was Alissa Ellis (1:41:28)

At over 1000 feet of accumulated climbing, there aren’t many half marathon distance races in NI tougher than Born 2 Runs Dambusters Half Marathon. It’s only really the 26 Extreme and NIMRA events that come to mind. The race starts near Kilkeel and climbs continuously for 7 miles through the Silent Valley towards Ben Crom Dam, before heading back down and into the trails for the last couple of miles.

It’s a race that many of us in the club have enjoyed and Alison McConnell and Steven Gilliland acquitted themselves well with times of 1:55:10 and 1:58:02 respectively.

This was both Alison’s and Steven’s final race in this years Pure Running Half Marathon series with only Killyleagh and Monaghan to go, and Alison continues to lead age category in the HM rankings.

This is the 2nd year of the Connswater 10k. As the name would suggest it goes around the Connswater area, taking in Victoria Park, the Connswater Greenway and the Airport Road. A flat and fast course we got some good times in the event, though unfortunately the course did measure slightly short. 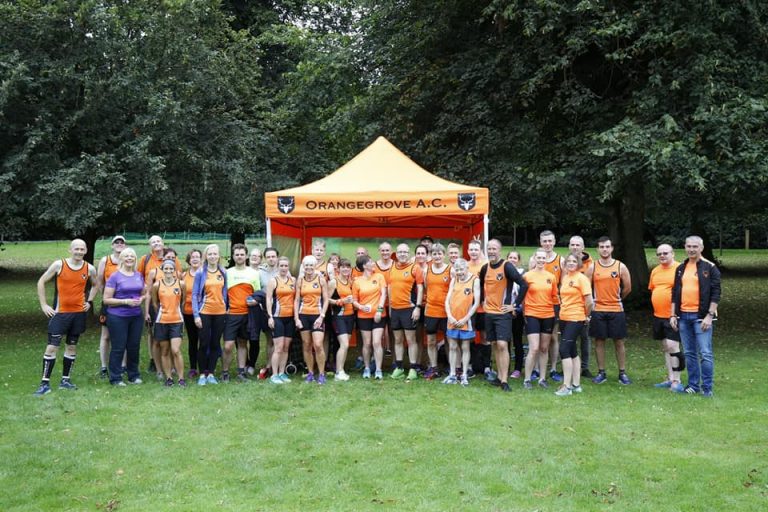 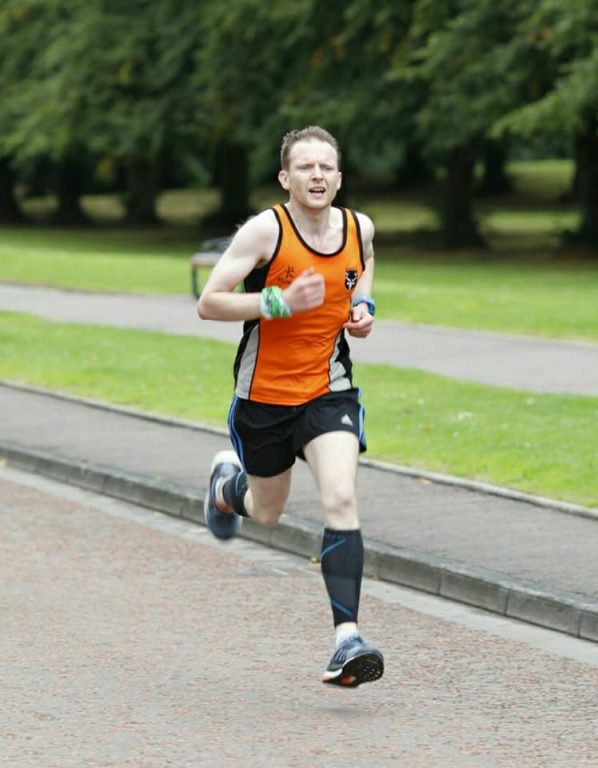 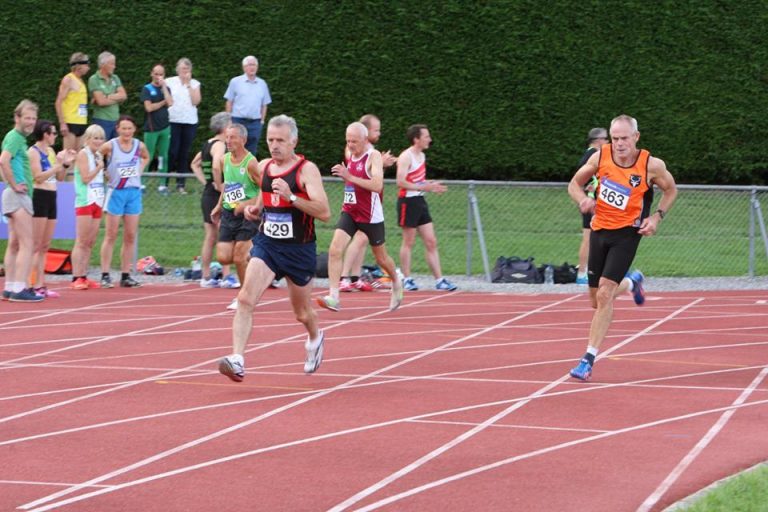 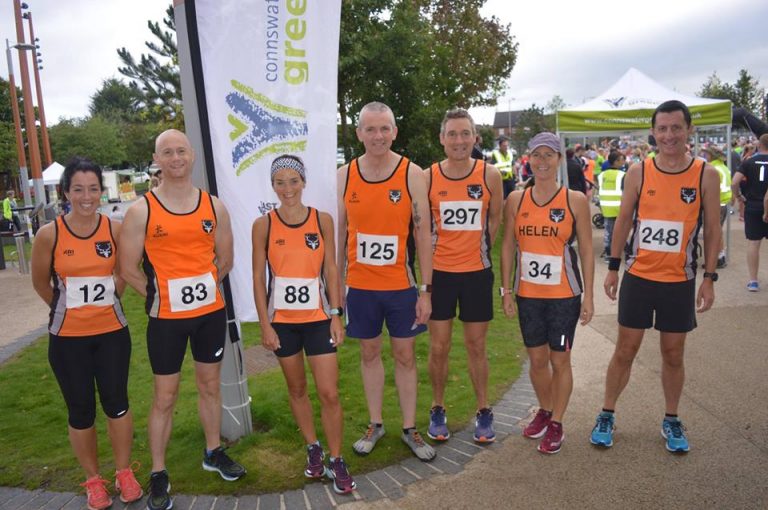 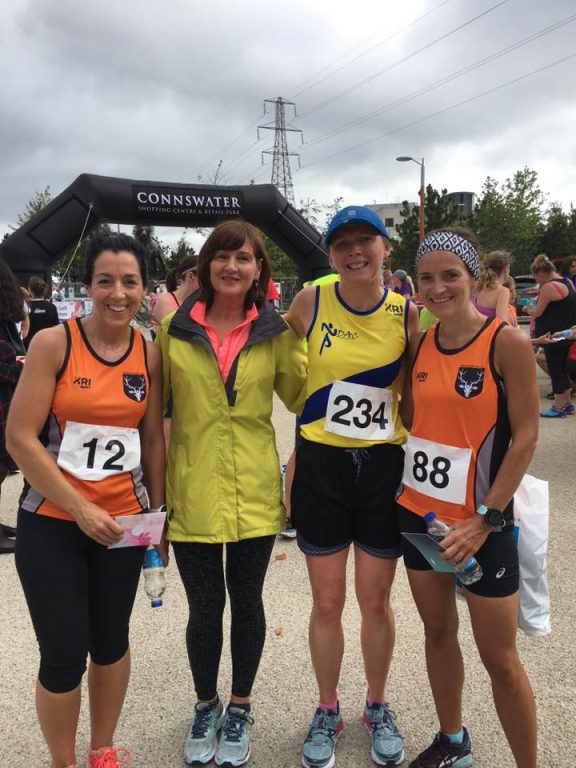 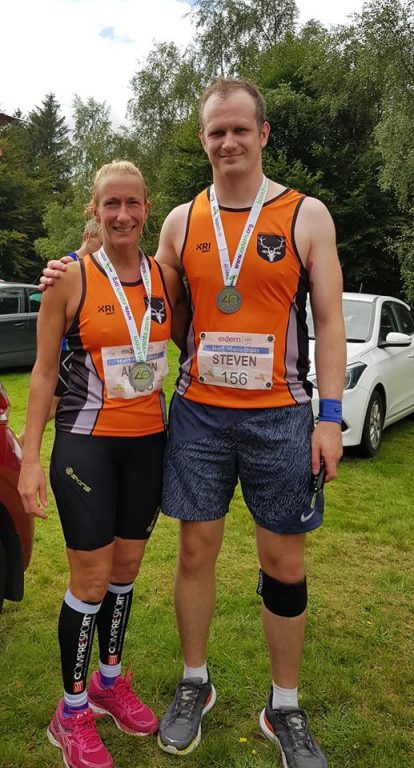