ORANGEGROVE ATHLETIC CLUB WEEKLY REPORT FOR 18-24 JUNE 2018 – Thanks to Martin for compiling. 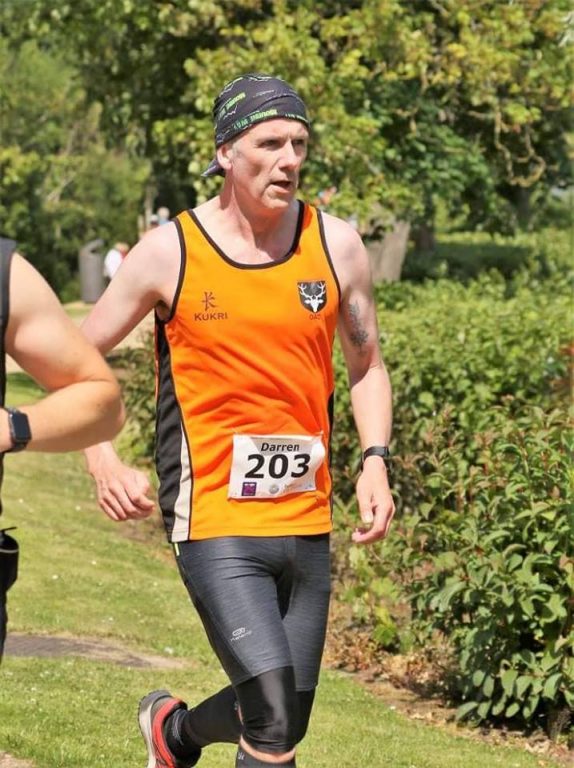 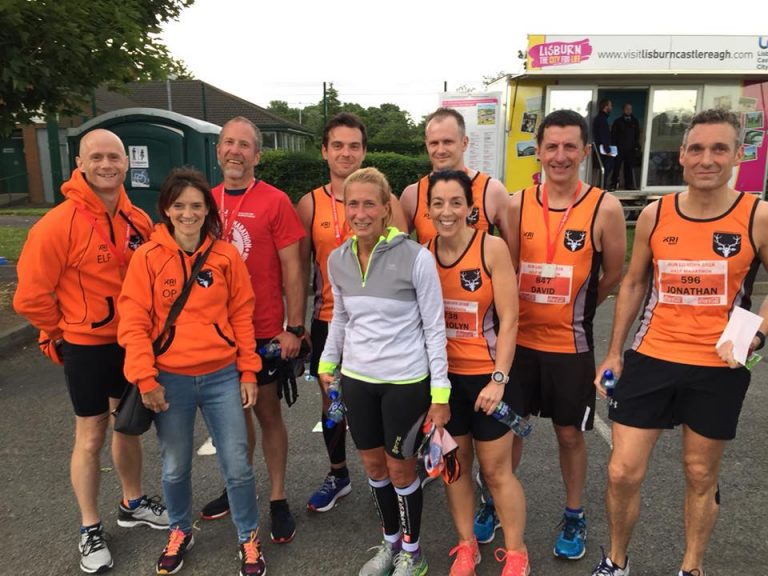 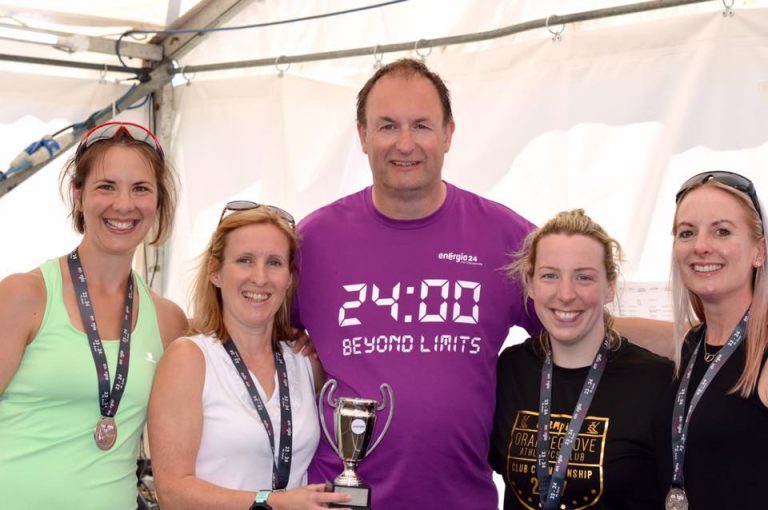 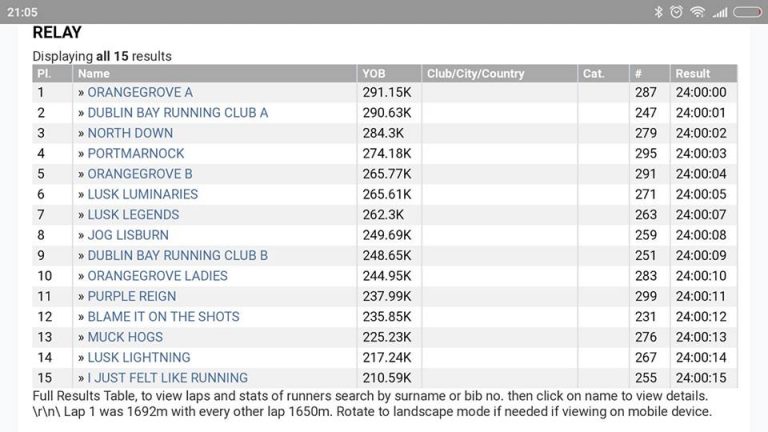 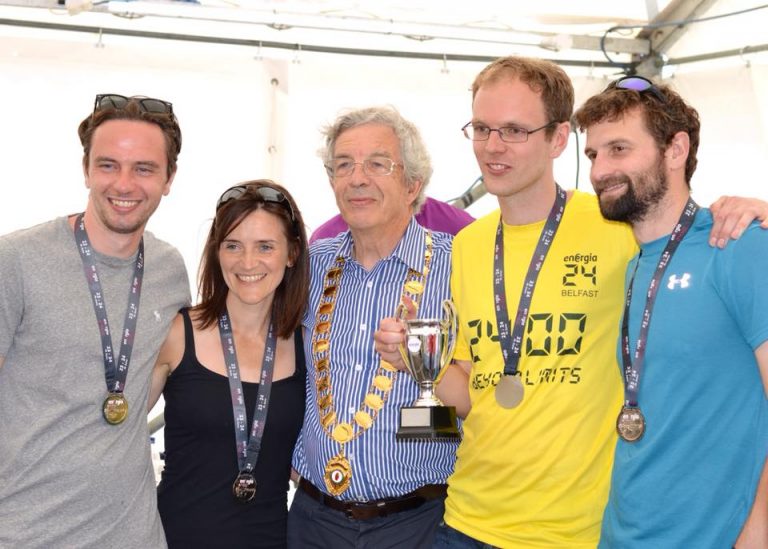 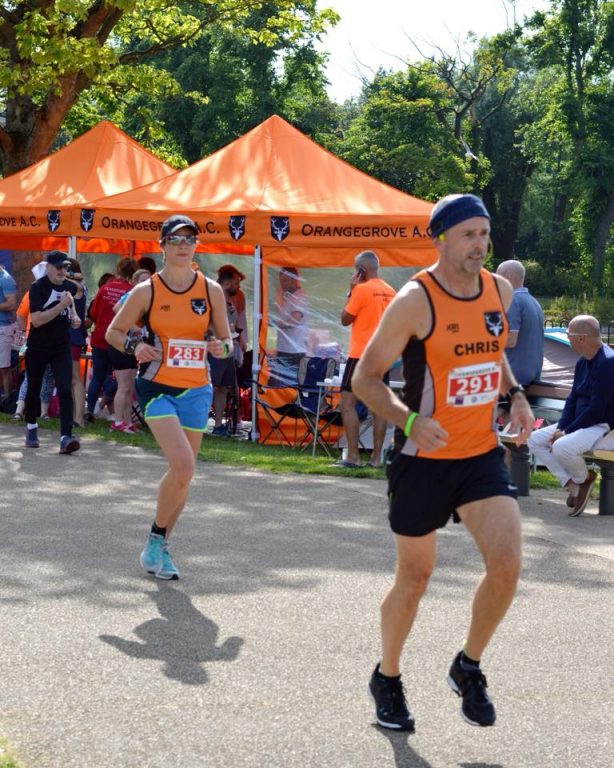 They say a week is a long time in politics heck, try a week with Orangegrove! With various training throughout the week; the organisation of a major event in Energia 24; torrential rain to blinding sun; races covering 200ms to 291.15k & as high as 1,080ft; finishing in times from 28:19 secs to 24 hours; from track to Hill & Dale and; with Solstice, the longest day of the year, thrown into the middle of things…it was another eventful and varying week in the Club’s history and one that has enhanced our reputation even further. The main races to be covered this week are:

NORTH DOWN AC OPEN TRACK & FIELD MEETING @ BANGOR SPORTSPLEX
What a wonderful week of sunshine we have just had…almost! The weather was so bad on Tuesday evening at the Track in Bangor that Ali McConnell nearly turned up on her bike to compliment the swim and run legs! This Jekyll & Hyde weather however was not mirrored by the bright and sunny performances of the women who did participate in the 200 and 800 metre races which form part of OG’s 2018 Club Championship:

The women’s races finishing places are interesting as at 1st glance they look very similar but the merit order does change somewhat, illustrating strengths lying more with speed vs stamina. Some great running and very consistent by everybody over the 2 distances with the front 3 of Harriett Anderson, Lisa Fleming & Julie McKimm featuring in both.
The men were no damp squids either with some lightning (nothing to do with the weather) performances with Rodney Corrigan topping both his race groups, Adam Sykes flying out of the stalls, Steven Gilliland showing a flair for speed, David Fletcher featuring prominently and David Montgomery catching some in the long grass:

LISBURN 10K & HALF MARATHON
I hope the Bangorians above weren’t relying on my promise that the week of Lisburn is always hot and that the evening sun plays havoc with any potential race heroics (PBs!). Yes, usually every year the races at Lisburn on a Wednesday evening are nearly always scorchers and, whilst it was a dramatic change from the previous night…the weather was cooler than normal and despite the sun, contained a breeze at times. Ideal racing weather? I’m unsure but there were some ideal and hot times:

Michael Broadhead, of Paul Pollock’s DreamRunDublin18 and Orangegrove fame, ran a super time along with the consistently formidable Brian Todd in the 10k along with other excellent personal performances in the 10k and HM and Carolyn Beattie sparkling with a HM PB with an excellent time and; with Ryan Kerr setting his stall out with an scintillating and tantalising debut in the vest.

From the proverbial heights of the track to the literal heights of the mountains and specifically Donard Forest in Newcastle for Race 10 of Newcastle AC’s popular Hill & Dale Series.
This 4.75 mile race in Drinahilly includes 1080ft of ascent and is the last in the series which included some interesting, scenic and challenging locations. The final series placings are now available on the NIMRA website. There was 234 runners in this race and it was won by Tony McCambridge of St Malachys AC in 21:56 and Karen Wilton of Jog Lisburn in 25:07. The brave and hardy Orangegrove contingent with Lisa completing all 10 of the Series!, were:

ENERGIA 24-HOUR INTERNATIONAL & NATIONAL CHAMPIONSHIPS
The annual Energia 24-hour Race is part of the AAI National Championships and there was also a 24-hr Team Relay, a 12-Hr and a 100Km race and it was held at our very own Victoria Park again over Saturday 23rd and Sunday 24th June 2018.

The 24-Hour is a form of ultra marathon, in which a competitor runs as far as they can and is a 1-2-3 podium men and women’s race. Competitors have ‘crews’ to help them in which ever race is chosen and they tend to ‘fuel’ as they go and only take toilet breaks – although they can leave the course for rest periods.
The men’s world record was set by Greek Yiannis Kouros in Adelaide, Australia at 304km (189 miles) in 1997 and the women’s world record was set by Poland’s Patrycja Bereznowska in Victoria Park, Belfast in 2017 at 260km (162 miles). Eoin Keith currently holds both the men’s Irish track (245kms/ 152 miles, Mary Peters’ Track,Belfast 2013) and the Irish road records (248kms/154 miles, Victoria Park, Belfast 2017); and seventh from Cork’s Ruthann Sheahan in Katowice in 2012 (229km/142 miles).
With representatives around the world the 24 hour race was won by Cork’s Aidan Hogan covering an amazing distance of 243.880k, beating Eoin Keith by under 5k, and England’s Samantha Amend covering 220.049k. Indeed there were 10 finishers out of 128 who ran over 200k in 24 hours!
The 12 hour race had 22 finishers and was won by Ger Copeland of Dublin Bay Runners with 115.773k and Fiona Prue of Ballydrain Harriers with 111.933k.

100k
Now to the 100k (which was won by Tim Brownlie of Willowfield) where we had a lot of interest as our very own super hero Darren Houston was to take on 100k, yes that’s right, 100k…in that sun…through the night…100k! An almighty challenge with many different factors to deal with never mind running for 100k but a challenge that Darren has trained for diligently and has applied a lot of focus to so a massive congratulations to him on behalf of Orangegrove for finishing 7th and covering 100k in 15:43:36! A fabulous achievement and…a Club Record!
Darren Houston 15:43:36

As maybe noticed, the A & B Relay Teams were mixed (behind every 3 good men, there’s a better woman!) whereas the sole Ladies’ Team of ensured an overall total of 6 men and women and every one of them stole the show.

Another enormous challenge but also quite different and how do you train, never mind compete, to take turns at running 2 hours throughout 24 hours?! Do you actually get a proper nap? Can you reawaken your legs to do the same again? Does your brain try and talk you out of it?

I feel it is only just to note that as proud as we are of our representatives & their performances in the 100k and 24-hr Team Relay that they too felt the need to express their thanks to all the support, encouragement, assistance, food and help from volunteering they received.
Indeed, gleaming from some runners’ post-race discussions, common themes surfaced based upon the physical and mental challenge involved but also of the emotional journey whereas from a supporting viewpoint…inspiration and pride featured prominently. Well done to all involved and who volunteered and a big thank you to our captains, Jill and Stephen; coach Jacqui; gazebo team, support crew, photographers, marshals, and Robin for Relay Race Director.
PARKRUN

There were a few firsts experienced by members extending to those long distances but there was also a few first Parkruns at various locations including David Fletcher at Ormeau; David Gilliland & Claire Kelleher at Queens and; Sarah Wilson at Castlewellan. Whereas Shona Pryde hit 100 Parkruns at Victoria; Ali McConnell got a Stormont Parkrun PB and; Luke Gibson achieved a fabulous Senior Parkrun PB of 24:11 at Stormont.
The following is a link to our Club’s Parkrun performances last weekend and please consider volunteering on the website:
http://www.parkrun.com/results/consolidatedclub/…