The long hot summer continues and it can sometimes lead to difficult running conditions. However, I think most of us would agree that the warm humid conditions of late are considerably preferable to our usual weather fare at this time of the year, driving wind and rain. There must be something in this global warming lark, so I would encourage you all to continue abusing our planet to ensure more pleasant summers in the future. Now, with that selfish and uncalled for remark I will consider this week’s running calendar. It all began on Tuesday evening with a visit to the Bangor Sportsplex at Ballykillaire for the North Down Track and Field meeting. Most of us were running in the 3000m event as part of this year’s club championship. One or two others took in other events. Wednesday evening brought the RGU 10k at Downpatrick and Friday provided a choice of events in which to partake, the Crossgar 10k or the ever popular Giant’s Ring Trail Race at in the Lagan Valley Regional Park. Saturday brought the NIMRA Slieve Bearnagh mountain race and the Divis 10k. There was also the usual plethora of parkrun possibilities on Saturday morning.

The fastest 3000m of the evening was by Bernard McCullough of Omagh Harriers in 9.05.73. Sophie McClunie of Ballymena and Antrin AC was the fastest female in 11.30.82.

Joe Quinn has been organizing road races over the byways of County Down for as long as most of us can remember. Names such as The Griddle, The Shore, The Rollercoaster, Jimmy’s 10k and The Three Lakes Challenge races come to mind. However, for Joe it is certainly not getting any easier. His own advancing years and the new legislation which requires organizers to file for a traffic plan and a permit for races on the public roads have increased the burden. Little wonder Joe is personally considering calling it a day. There was a rumour flying about recently that this week’s RGU (Russell Gaelic Union) 10k in and around Downpatrick might well be his last. If so, we thank Joe for all that he has done for local running over the years and for the East Down Club in particular. Hopefully someone else will take over the mantle and that the good work will be continued. This year’s RGU 10K took place on Wednesday 25th July on the scenic but rolling roads east of the Co. Down town. This is an area with which I am familiar, having recently ran the old County Down Railway route between Downpatrick and Ardglass.
Only one Orangegrover made it to the line, perhaps in salute to Joe, the indomitable Robin Montgomery. For Robin it was a worthwhile trip. He was ninth finisher out of sixty-two in the very good time of 41.24. Very well done indeed!

The RGU was won by Brian Young (Lagan Valley AC) in 37.20 and Sinead Murtagh (Newcastle AC) was first lady in 39.03.
There was an unfortunate clash of popular events on Friday evening, 27th July. The Giant’s Ring Trail Race is one of the most popular and well-organized events on our calendar. This year it has clashed with the Crossgar 10k, organized by Atlas Running for the local Kilmore Recreation FC. The Crossgar event this year is a round of the Novosco 10k Grand Prix Series and so many who otherwise would have been trail racing in the Lagan Valley will instead be taking on the drumlins in and around the County Down town. But sure, isn’t it great to have choice and the trail race is at capacity anyway!

There is no doubt about it. The Giant’s Ring Trail Race is one hell of an event. It provides the runner with just about everything; pleasant meadows, forest trails, enjoyable downhill slopes, challenging hills, winding paths, styles over which to jump, a little bit of pre-history, the pretty once industrial red bricked village of Edenderry, the gently flowing river Lagan and superb scenery everywhere. However, it is not one for the faint hearted or a 10k which is likely to yield up a personal best. I have competed in all four Trail Races to date and found this one the toughest by far, maybe due to a combination of advancing years and the high temperatures on the night. A nearly seven minute difference between 2016 and 2018 must say something, although lazy training on my part may have been a factor! Grateful thanks to the Dub Runners for a magnificent event. Marshals everywhere and the usual great supper to follow the onslaught.

There was a healthy turn out of Orangegrovers for this race and the following times were recorded by the men and ladies in the distinctive orange vests:

If you are a serious runner and you were not to be found in the Lagan Valley Regional Park on Friday evening running the trails you were probably in the Co. Down village of Crossgar for the 10k race, a round of the Novosco 10K Grand Prix Series. The route has been described by the organizers as ‘fast with a few hills’. You can be sure that when hills are mentioned in any course description they do exist. Anybody I have spoken to confirmed that they were definitely there and that there were more than just ‘a few’. Well, this is drumlin country! Friday evening running is undoubtedly growing in popularity and there was a considerable coterie of orange vests on the start line. Well done to the following for the times they recorded and for their effort in doing so:

The Crossgar 10k was won by Darrel Cooper in 34.04 and Amanda Perry (Ballydrain Harriers) was first lady in 40.47.

On Friday evening last (20th July, 2018) Brian Todd was at the Kirkistown Motor Racing Circuit for the sprint duathlon event. Richard Bradley was offering three separate duathlons on the night, all of them running concurrently. The short sprint duathlon was the most popular. It involved a 1.5 mile run (a complete circuit of the track), a five lap bike ride (7.5 miles) followed by a final 1.5 mile run, about 10.5 miles altogether. Conditions were dull with a little dampness in the air, but crucially there was very little wind, unusual for this location. Duathlon people are usually cyclists who do a little bit of running. So, for runners who do a little bit of cycling you have to make the most of the runs at each end! At the end of the event Brian Todd (OAC) was the winner, but by default in a sense. The very fast Ange Perrott of North Down AC miscalculated her bike laps and so allowed the aged Orangegrover to get ahead on the final run. He will never be so lucky again! These duathlons are really great fun and very well organized and superbly timed by Richard Bradley. The use of full laps of the circuit instead of truncated laps has made them even more fun by enabling you to enjoy the fast sweeping bends of the circuit while on the bike phase. For those who would like a little bit more of a challenge there is a two lap/ten lap/two lap event and an Olympic event of 4 laps/17 laps/2 laps. Remember too, it is all in support of the Belfast Tandem Cycling Group and the excellent work carried out by their members and volunteers.

The next series of duathlons will be on Friday 17th August at 7.30pm at Kirkistown Motor Racing Circuit, near Kircubbin, Co. Down.

The Northern Ireland Mountain Running Association’s Slieve Bearnagh race was held on Saturday afternoon and was quickly enveloped in horrendous mountain weather conditions of driving rain, thunder and lightening. We are thankful that there were no serious casualties and that all were returned to base safely. Robin Montgomery was the only Orangegrove participant and I can do no better than quote his take on the proceedings…… ‘It took Robin Montgomery 3 years to build up the courage to return to this event. At just 3.9 miles the challenge lay in the three mountains that needed to be scaled, Slieve Meelbeg, Bearnagh and Meelmore, 2680ft of total ascent (merely a warm-up for the likes of our legendary MOD!). Cloud cover was low which added to the challenge of the event. However, as the race started the weather deteriorated rapidly, with horizontal face numbing rain, thunder and sheet lightning as the runners reached the summit of Meelbeg. The rain and wind further intensified during the last descent off Meelmore and Robin was exceptionally happy to reach the finish in 1:06:56 (24th place), knocking 30 secs off his 2015 time. Fabulous sandwiches and buns were served at the wind and rain buffeted gazebo. However, one observation was the amount of tea split due to uncontrolled shaking of competitors’ hands. The event was won by David Hicks (Newcastle AC) in 49.29.’

The Divis 10K Trail Race was also held on Saturday with an 11am start which was probably not early enough to avoid the deteriorating weather. The hills above Belfast can provide tough enough conditions even on a good day. Rain and low cloud can move in quickly to make the going very tough indeed. The race involves an ascent of Divis itself followed by more even running on boardwalk and mountain path sections. The printed results reveal that Orangegrove’s Emily Paisley was on the line and eventually finished in the very respectable time of 1.08.13. Well done Emily and we all hope that you have made a full recovery!

The Divis 10k Trail Race was won by Philip Goss (North Belfast Harriers) in 40.24 and Lisa Corry (Saintfield Striders) was first lady in 48.20.

Rain, hail, snow or sunshine parkrun will run and despite the break in the good weather the parkrun brethren will gather throughout this province and island. There was not one OAC personal best at Victoria Park on Saturday morning but there was a ‘clatter of women’ running around in orange vests wearing bridal veils. A few inquiries as to what was going on revealed that it was part of the hen-do celebrations for Catherine Fearon’s upcoming nuptials. She and Andy McIntyre will marry soon. That will either slow Andy down considerably or turn him into a champion. It could go either way! There was not much interesting tourism either, other that Paul and Lyndsey Tyro’s visit to Magilligan Prison for the Lower Drummans parkrun. Paul was second finisher in 18.27 and Lyndsey was third finisher in 19.26. Following her run on Saturday Lyndsey is the new female record holder at Magilligan (an all male prison) and also holder of the highest female age graded percentage (76.16%). Interesting stuff!!

Don’t forget the volunteering bit. Email Gerry at belfastvictoriahelpers@parkrun.com to find out what you can do to keep this great enterprise on the tracks! 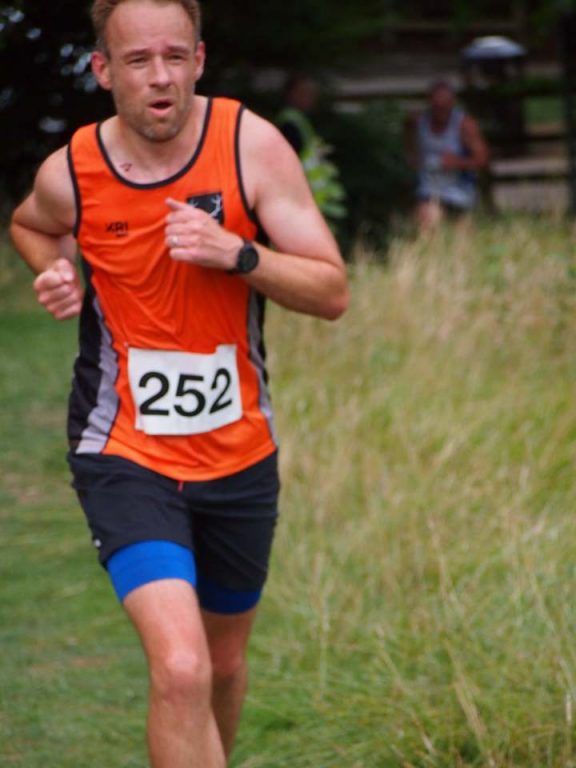 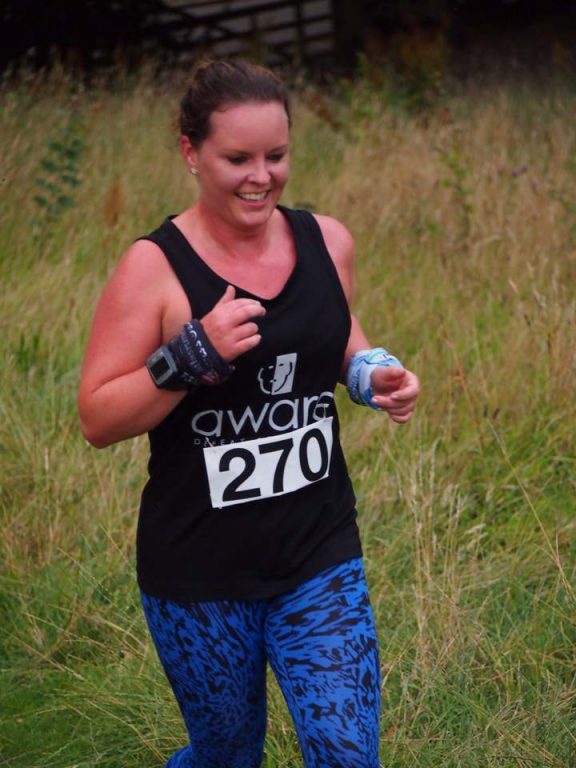 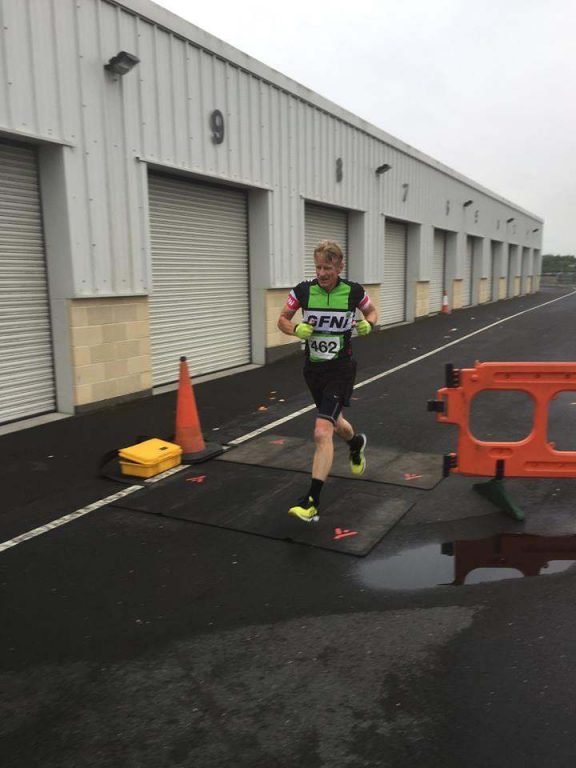 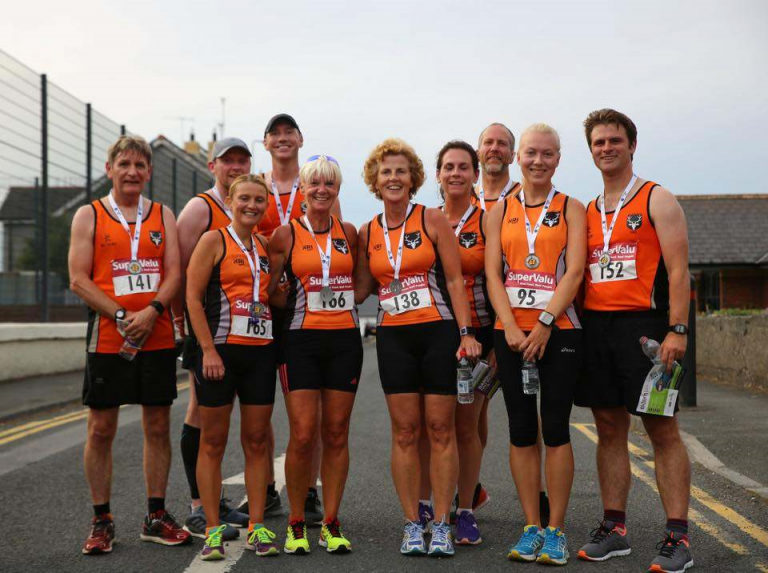