There has been plenty of action in the past week, as spring marathons are out of the way, the evenings are getting longer and the race calendar gets busy. Featured races this week are Hill and Dale and the Les Jones Memorial 10K.

The fifth race in the series, Rocky is (in my personal opinion) the best of the Hill and Dale courses, having a good blend of trails, open mountain terrain and technical descents.
With the majority of the hill climbing being dealt with early in the race along a long stoney track, the runners are delivered onto the open hilltops in one of the most scenic areas of the Mournes, and it was a perfect evening for the views with clear skies and sunshine. Once the first top of Altnataggart is achieved, a very runnable course leads through the summit rocks of Pierce’s Castle then across to Tornamrock before dropping down to the col ahead of the final leg-sapping climb to the top of Rocky Mountain (404m). From there it is a steep technical descent back to the track where the finish line beckons only 400m beyond.

There was a good turnout by OAC (and friends), possibly owing to curiosity, coercion or just the fine weather, but it was great to see! Well done to all who turned out and completed this challenging course! Results as follows:

Organised by Athletics NI, in memory of former athlete, and chairman of the organisation, Les Jones, this 10k is always a popular event in the summer race calendar. 2018 was no exception, with all 400 places being filled prior to race day, meaning no on-the-night entry and leaving at least one OAC athlete scrambling to find an unused entry.

The course takes the runners out of Mary Peters track and onto the Upper Malone Road then along the Lagan towpath. At Shaw’s Bridge the route leaves the towpath and turns up the much feared and talked-about hill to Malone House. The athletes must then recover themselves to stay the course for another mile or so through Queen’s playing fields before crossing the finish line on the familiar surface of the Mary Peters Track.

The race was won by Queen’s University athlete Vincent McKenna in 34.54 and the first lady home was North Down’s Jessica Craig in 37.25.

A small group of Orangegrovers made it along for this Friday night race in the May sunshine. Their results were as follows:

Brian Todd and Emma McWilliams competed in the Ballybeen 5k, running together to finish with a time of 25.33.

Darren Houston continued his preparation for the Energia 24 100k (and his recovery from a broken toe) to complete a very impressive 50k in Victoria Park on Friday morning. Well done Darren, keep up the training! Thanks to all who turned out on Friday to keep him company!

Tom Smith was in competition at the latest NI Duathlon event at Kirkistown on Saturday, completing a 3 mile run, 15 mile cycle and another 3 mile run in an impressive time of 1:38:30. Great going Tom!

Catherine Fearon and Andy McIntyre warmed up for the royal wedding by running the Hyde Park 10k on Saturday morning. Andy came home in 36.16 and Catherine finished in 54.26. Andy’s time was enough to secure a podium spot in 3rd place, great stuff Andy!

Brian Todd was in action again at the Great Manchester Run on Sunday, competing in the half marathon event. Once again showing his class to win his age category prize with a time of 1:42:39, despite suffering from the warm conditions and missing out on his target of finishing in under 1:40. Congrats Brian, no doubt that sub-1:40 is coming!

A number of the Orangegrove AC Juniors were in action for the Ulster Schools Championships at the Antrim Forum. Loads of great performances, lots of potential shown for the future, and a heap of medals!!

Posted by Orangegrove Athletics Club Juniors on Monday, 21 May 2018

Beyond Victoria Park, the club had participants in parkruns in Ormeau, Stormont, Bangor, Portrush, Waterworks and Heaton.

Special mention for Ronan McPeake who broke the 20-minute barrier at Victoria Park with a new parkrun PB of 19.59.

Photo credits for H&D to The Inspirational Runner, and Les Jones photos from AthleticsNI website, others just nicked from FB. 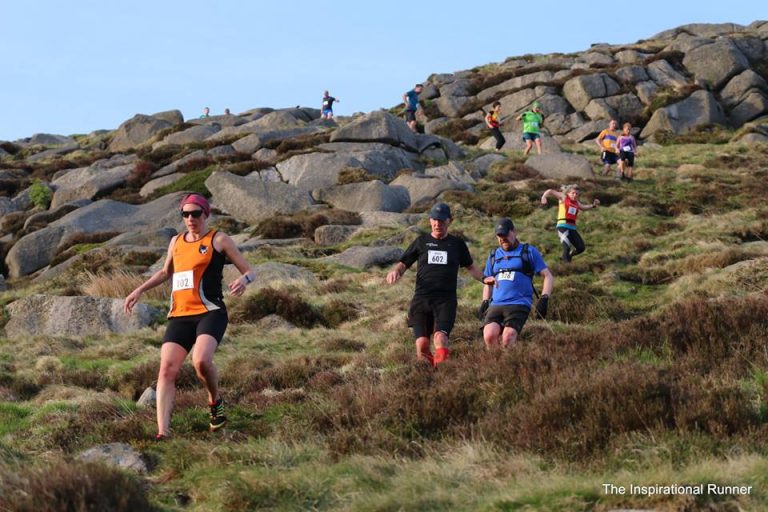 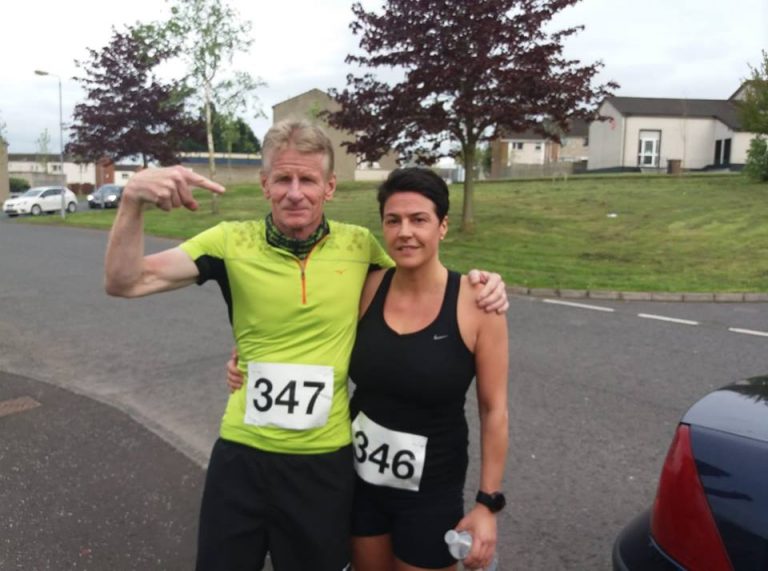 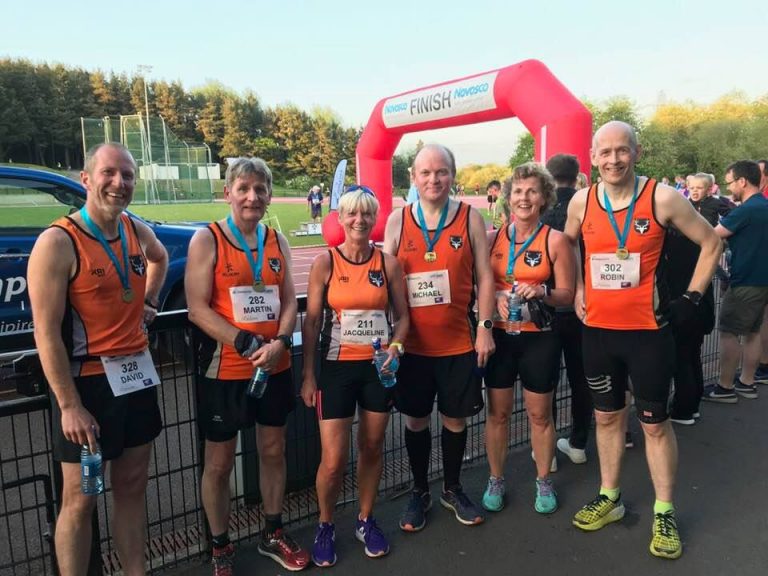 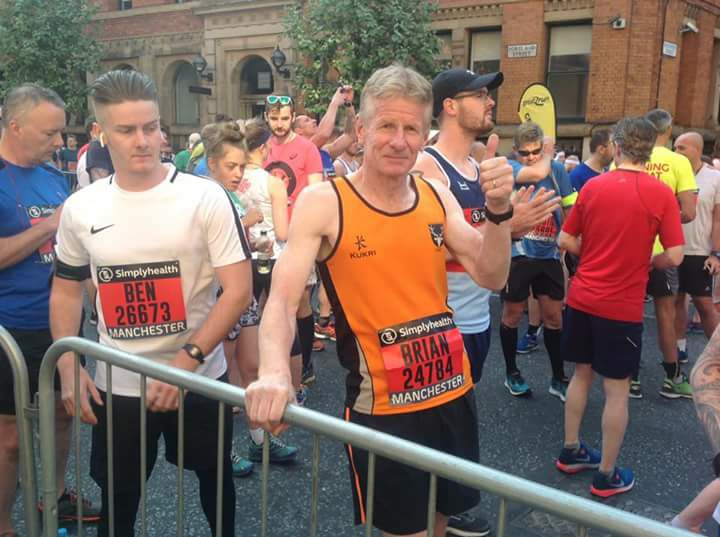 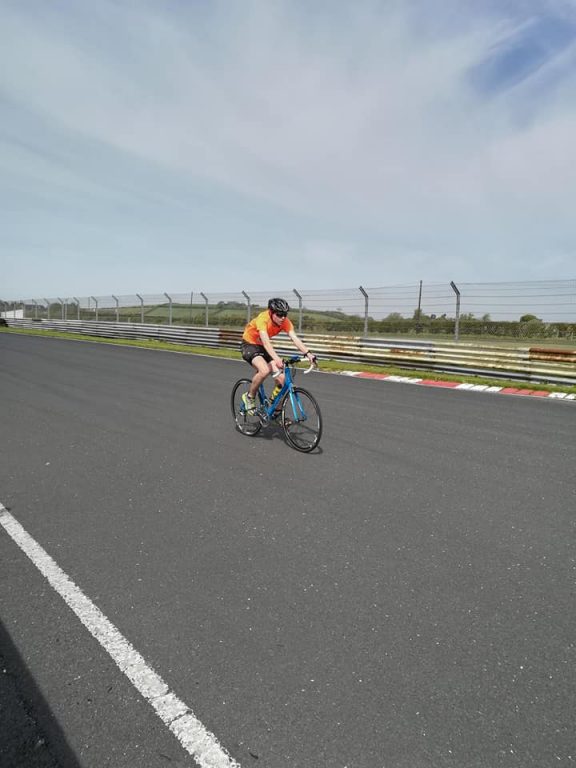 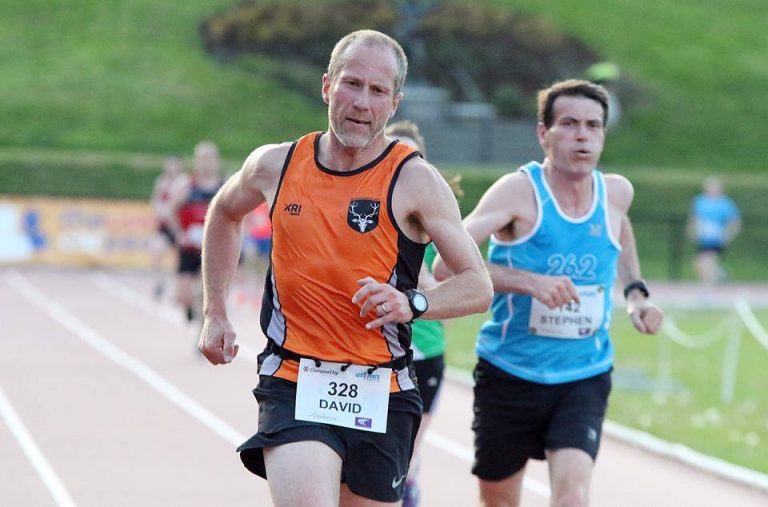