So, a new year beckons. May it be for you full of joy, endeavour and success in all that you do, not least in your running. Few of us will welcome the New Year with more alacrity than Rodney Corrigan. Rodney did not enjoy the best of luck in 2017 in terms of his health. However, his always positive demeanour in the face of adversity was a lesson to us all and we warmly welcome his recent return to running. Rodney’s own words, in a recent club post, are testament to both his courage and determination. They speak volumes of the man himself and of the Club of which he is a valued member. I can do no better than quote his post in salute…..

‘On a personal note it was great to pull on my trainers, get my bumbag out of storage and take part in club training for the first time since spring 2017. Last year was a bit of a rascal and I just want to thank everyone in the club for the support I received. The coffees, the visits, the company during treatments and appointments (when I wasn’t exactly much craic), the occasional and sometimes much needed kick up the backside, the magic pants, the furry sidekicks, plus all the other acts of kindness from club mates, did so much to help me through what was a challenging twelve months. Thank you Orangegrovers, you are awesome, and I look forward to running with you all in the year ahead. Wishing you all a healthy, happy and PB filled 2018.’

Welcome back Rodney and hopefully you will not be running too quickly for a few weeks anyway!

The week following the turn of the year is not usually a particularly busy one. However, this year two main events dominated the period 1st January to 7th January, 2018, the annual Race over the Glens on New Year’s Day and, at the end of the week, the Antrim International Cross Country Races at CAFRE, Greenmount Agricultural College, Antrim.

If you can curtail your imbibing just a little as you welcome in the New Year, the running option of the Race over the Glens on New Year’s Day is probably a reasonable one to contemplate. However, this gallop around the Glenariff Forest Park near Cushendall is not one for the faint hearted and it is indeed a very different prospect to the frivolities of the Castlewellan Christmas Cracker. The presence of the North-West Mountain Rescue Team in the carpark as we arrived did little to put our minds at ease. Organized by Ballymena Runners this was a stern test of one’s endurance which was not in the least helped by the weather conditions. Heavy driving rain and a very cool wind made the going tough. This year the organizers trialled a new route which was well received by the regulars of this race. The first mile or two were as before but then the route crossed the river to the south side of the Glen. A long winding arduous climb delivered us up to where in a different era a light mineral railway once carried iron ore down the valley from the Cloughcor Mines to a jetty on the coast near Waterfoot. Up here the wind howled but the views down the valley to the sea were spectacular. It was then very sharply downhill to the vicinity of the Ess-na-Larach waterfalls at Laragh Lodge and eventually to the finish near the carpark at the Forest Park. A lone piper played what appropriately sounded like a lament as we battled the headwind. Total distance was just over five miles, but it certainly felt longer and although this was a little shorter than in previous years it did not make the experience any easier. This is always a well organised event and not one that is easy to deliver on the day. The elements can, and often do, upset planning. Nevertheless, the marshals around the course were excellent and the generous festivities afterwards in the Forest Park café were very welcome and of the highest quality.

There has been an international cross-country meeting in Northern Ireland in January since 1977. It was first held at the Mallusk playing fields. In 1996 it moved to Barnett Demesne and then to Stormont a few years later before locating to its present home at Greenmount Agricultural College (CAFRE) near Antrim town. This meeting has IAAF permit status (one of only ten in the world) and is an opportunity for us locals to see and even compete against some of the best athletes on the planet. It is a round of the World Cross Country series. In what other sport would it be possible to just turn up, pay your money and then mix it with some of the best athletes in the world? This race has been won by the likes of Steve Ovett twice and by Paula Radcliffe four times. Steve Cram, Brendan Foster, John Treacy and Paul Tergat have competed. In recent years it has been dominated by runners from Kenya, Uganda and Ethiopia. Last year the Senior Race was won by Conselus Kipruto, reigning World and Olympic 3000m steeplechase champion.

There will be a series of races during the day for both males and females from primary school age through U13 to U17 and U20. However, the main action will at 1.55pm and 2.20pm with the Senior/Masters Women (5400m) followed by the Senior/Masters Men (8000k). For the local clubs the two senior races are part of the Athletics NI Cross Country League, so OAC will be hoping to field qualifying teams. Time will tell! With the recent very wet weather the going promises to be soft to say the least, particularly for the two final races of the day!

The day itself dawned perfect for cross country running. It was certainly cool, but the sun was shining and it was dry. The course itself was an interesting one, fast in the main but with one or two inclines to test one’s stamina. Given the amount of rain that had fallen in the previous few days the course held up very well and was not as soft as one might have expected. The Orangegrove gazebo was in place, the general organization was excellent and the atmosphere was both friendly and supportive. A significant number of spectators around the course and cameras everywhere meant that you were obliged to keep running as fast as you could. There was no hiding place! Well done to those of us who turned out for Orangegrove on the day. I understand we may well have earned a few worthwhile points for the Athletics NI Cross Country League. The exact number will become clearer in a day or two when the Captain does his mathematics.

On a personal note, my biggest moment of the race was Andy Vernon sniffing as he lapped me while attempting to catch the leading trio. I was just minding my own business, but I may well have been using the best line at that point. No respect for age, that man!

Thanks to Kathryn Morrow for the cross country photographs. A more expansive collection will undoubtedly emerge in the days to come.

At Stormont Lyndsey Tyro was ‘first lady’ with a personal best time at this location of 19.43. Andrew Tees also achieved a personal best in 20.45, as did Jackie Grant in 28.31. If I have missed anyone, apologies!

And, of course, there was a full programme of parkrunning on Saturday, 6th January, although many of us preferred to keep our powders dry for the afternoon’s cross country international at Antrim. However, the excesses of the season must have caught up with many of our parkrun brethren because personal bests of any kind were very hard to find! Well done Lyndsey Tyro, once again, who was second finisher and ‘first lady’ at Queens in 19.50. Sarah Steer was home in Dublin for the weekend and was first lady at Shanganagh parkrun, Shankill, in 22.57. It was also good to see Gerald Harvey back at Victoria Park (24.09) expelling the demon of his minor tumble there a few weeks ago. Well done too to Sharon McFarland on completing fifty parkruns!

Now, remember the volunteering bit! Parkrun continues to thrive from year to year, but it will only continue to do so if you volunteer occasionally, which is considerably easier than running! To do so, email Gerry on belfastvictoriahelpers@parkrun.com. 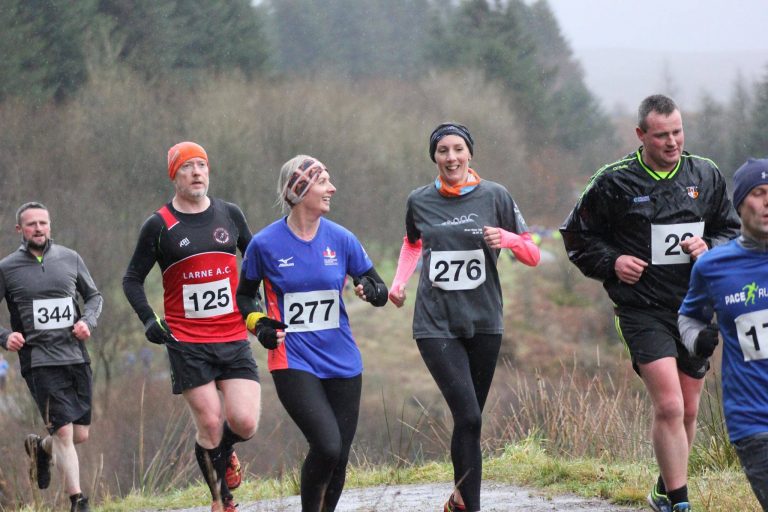 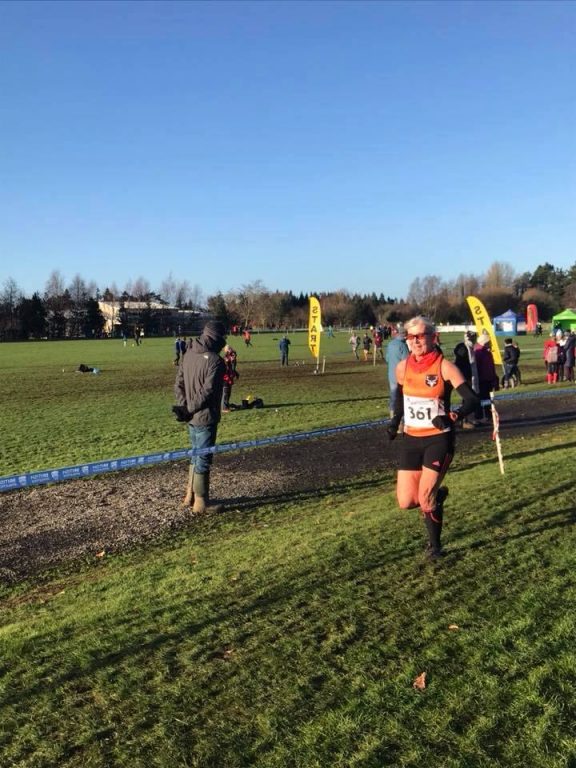 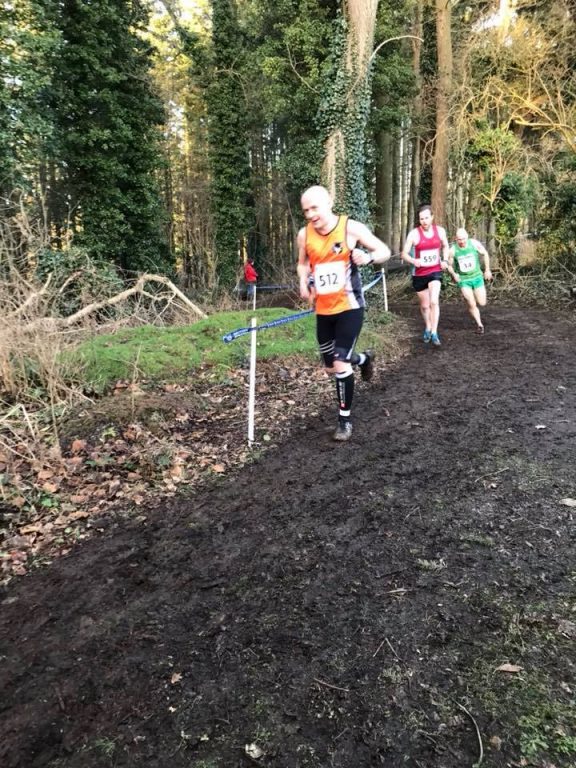 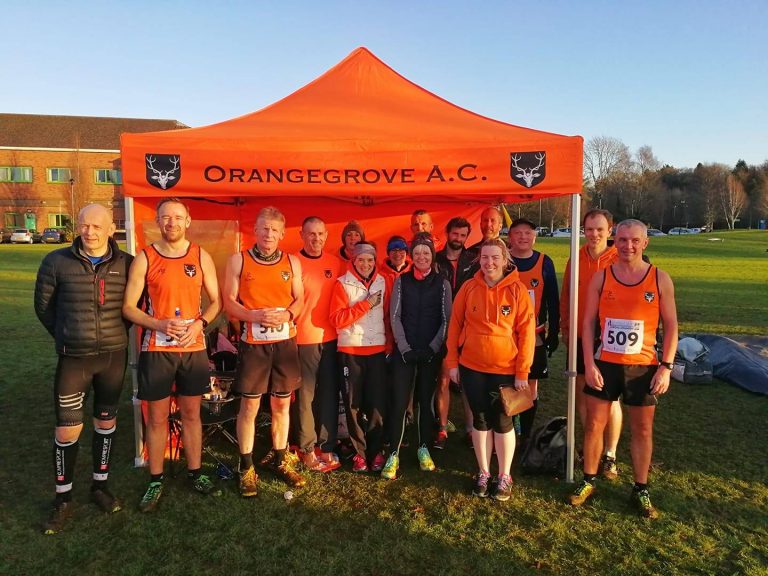 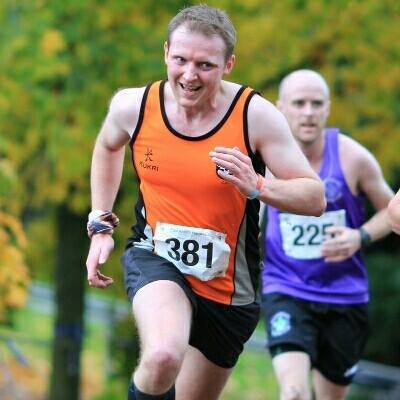