As the nights close in the first frost of the season appeared at the beginning of the week but there were still a number of events to warm the hearts of all those involved with Orangegrove AC.

RUN IN THE DARK (report by Brian Todd)
Running hell for leather up the Prince of Wales Avenue hill twice in the dark was for me probably not well advised given the close proximity of the British and Irish Cross Country International over the weekend, this year in the Maiden City. However, Mark Pollock was one of my pupils at RBAI in the late 1980s and early 1990s and given the enormous amount of Instonian influence behind the organization of the Belfast Run in the Dark I was determined to run in the 10k race under the Orangegrove/RBAI banner. The Run in the Dark is, of course, an attempt to raise much needed funds to aid research into a cure of paralysis. On the same Wednesday evening thousands also ran in London, Manchester, Dublin, Cork and elsewhere. The Belfast event traditionally takes place in and around the Stormont estate. However, this year the race was entirely contained within the estate, avoiding the Stoney Road and the main Newtownards Road. This probably slowed the race a little as some parts of the route required just a bit more concentration and caution in terms of the loose surface and darkness, although the organizers made every effort to ensure a safe and enjoyable race and with excellent marshals and plenty of flood lighting it was a joy to partake. Some of those excellent marshals were from OAC and it was encouraging to hear the odd shout of encouragement as one passed. The crowds were enormous, well over 2500 altogether, and with every runner wearing a red flashing arm band the view from the top down the avenue towards the gates was truly spectacular and like nothing else you are likely to see or experience in running. For the record I managed 46.17. (91/1291) a full two minutes slower than last year! Oliver Cook won the 10k race (2 laps) in 36.33 and Ann Terek was first lady in 40.55. The 5k (1 lap) race was won by Niall Porter in 18.09 and Anna Kilpatrick was first lady in 21.30. Other OAC runners achieved the following times (apologies for any omissions)

The East Antrim Marathon Series have been putting on a lot of events recently with a Halloween Marathon and Wedding themed marathon amongst others. On Thursday 16th November they conducted the more low key event of the Monkstown Wood Marathon. The route started and finished at Monkstown Boxing Club and would consist of 14 laps heading down Monkstown Road before heading onto the paths of the Newtownabbey Way. The route itself was quite pleasant with a variety of terrain and was well supported by the marshals.
Possibly due to the sheer number of recent marathons and it being mid-week there were 17 runners in the marathon and 7 in the half marathon. In the marathon Norman Mawhinney had a commanding win with a time of 3:13:57. First lady was ultra veteran Helena Dornan with a time of 3:56.09. I was in overall 6th place with a time of 3:51:01 and it was a PB for me at the East Antrim events.

The annual British and Irish Masters’ Cross Country International was held over the weekend in Londonderry. This was a major event involving over five hundred cross country runners from England, Wales, Scotland, Northern Ireland and the Irish Republic. Nearly every hotel bed in the Maiden City was occupied over the weekend and the Gala Dinner and Presentation on the Saturday evening was reputedly the largest event ever hosted by the Hastings Everglades Hotel. I have been to two previous internationals, in Nottingham and Dublin, and this one was by far the best organized and delivered. Great credit is due to the Derry Spartans’ Club, the event organizing committee, our local NIMAA and the local council for a wonderful event which showcased Northern Ireland and the north-west at their very best. The races were run at the Gransha grounds, familiar territory to many of us at OAC. Even the weather played fair. It was dry, sunny and autumnal, even if a little soft underfoot. Nevertheless, the course was beautifully laid out although undoubtedly those of us who ran in the early races got the best of the conditions. There were three international races altogether, all females and males M65-M75 (6k), all males M50-M60 (8K) and all males M35-M45 (8k). There were also two open races, all females and M65-M75 (6k) and males M35-M60 (8k). The full results are available on Ryan Maxwell’s super NI Running website. It is a substantial document! However, to cut a very long story short each nation submitted male and female teams of four in each of the age categories from 35-75. In each category the best three of each four counted. Orangegrove’s representatives following last month’s NIMAA Dub trial were Jacqui Maxwell (F55) and Brian Todd (M65). Brian and Jacqui ran in the first international race of the day and finished in in 27.29 and 31.10. England were the overall winners, followed by the Republic of Ireland, Scotland, Northern Ireland and Wales. Undoubtedly Northern Ireland’s hero of the day was Jim Patterson (Newcastle AC/M70), World Masters Mountain Running Champion, who won the gold medal in the M70 category international race.

The second race in the popular Run Forest Run Series took place in Drum Manor Forest Park just south of the Sperrin Mountains. Just as two weeks ago conditions were bright and crisp. There were three OACers who took part and pride of place goes to Edwina Ternan who finished a magnificent 3rd female. Full placings and times are below. Gavin McCaffrey of BAAC (36:20) and Julie Murphy of Lagan Valley (41:13) were top finishers.

PARKRUN
There was Orangegrove representation at 12 parkruns across the world with pride of place for tourism going to Darren Moan who completed Dunedin parkrun in New Zealand. Also overseas but not as far was Ben Magee at Guernsey parkrun. As always the largest representation was at Victoria Park where Andrew Tees (4th finisher) and Chris Woods achieved PBs and Adrienne Savage completed her 50th parkrun. Emma McWilliams was a first timer at Ecos. Andew McIntyre was 3rd finisher at Antrim in a new PB. Shona Pryde got a PB at Valley parkrun. However Stormont seemed to be the place to be with a plethora of runners achieving PBs Michael O’Donoghue, Ian Grant, Pauline Bayliss, Julie McKimm and Jenny Powell. Jacob McKittrick was third finisher. 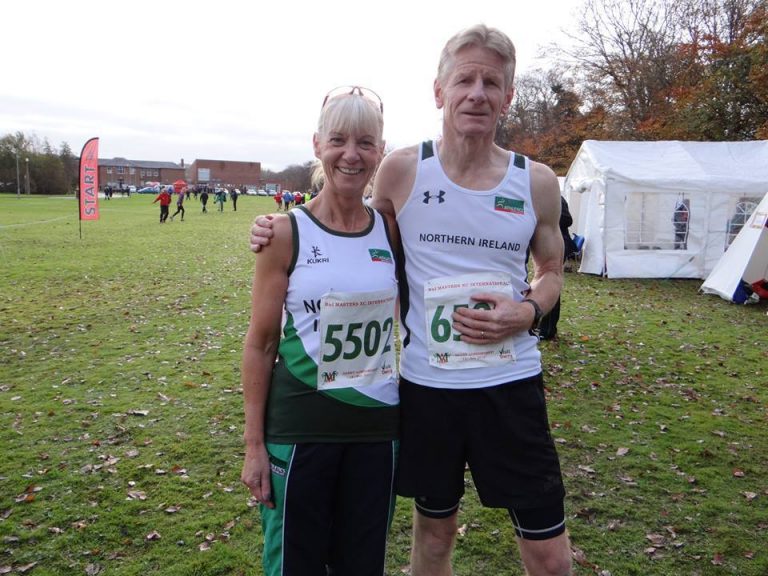 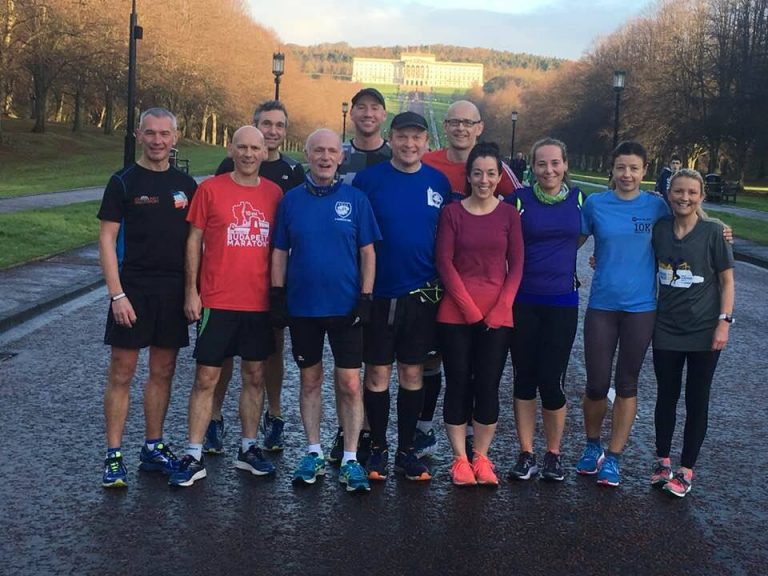 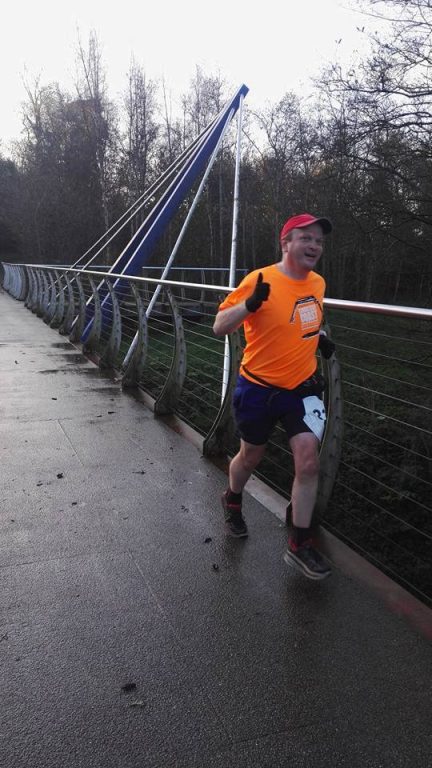 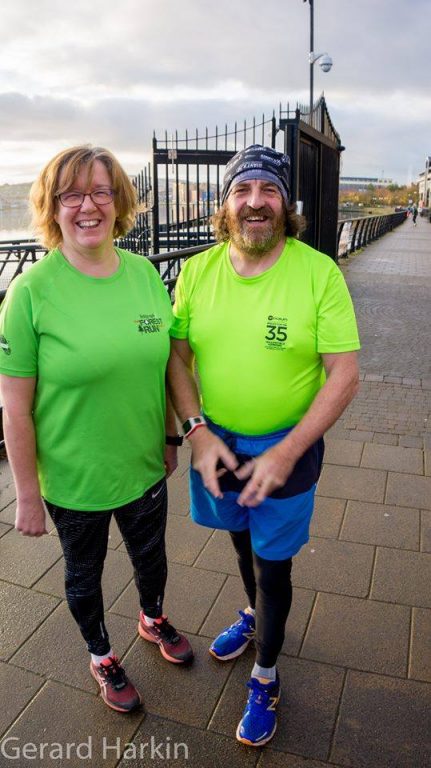 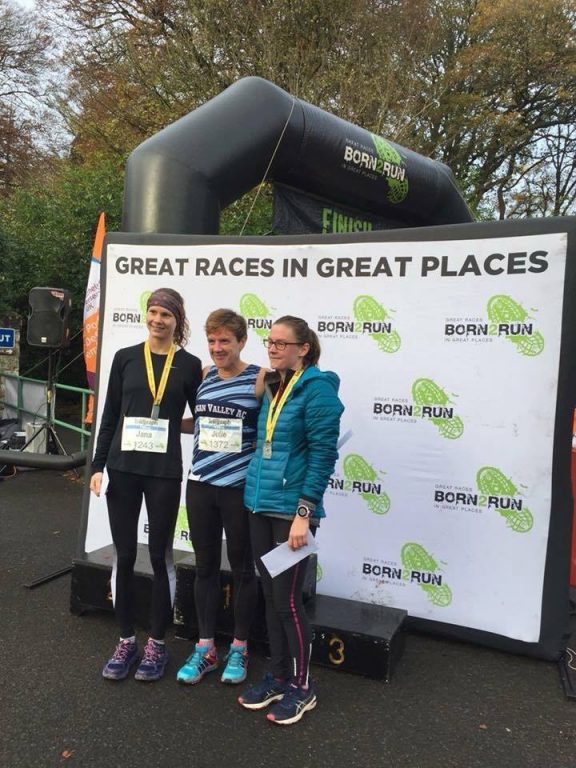