The week beginning Monday 6th November would appear to be a rather quiet one on the running front. However, I have said that before and then ended up writing loads! Listed for this weekend is the Davagh 10k on Saturday, the first race in this year’s Sperrin Harriers’ Trail Series, starting at 12.00 noon at the Davagh Forest Trail Head. Also on Saturday there is the Tollymore Trail Marathon, half marathon and 10k race by 26Extreme, all within the confines of the Tollymore Forest Park. Sunday will see the running of the fifth King of Gullion 10k, starting at 10am at the Slieve Gullion Forest Car Park, near Newry.

Most of this weekend’s endeavour in running events came from Michael O’Donoghue. Now, there is a surprise! Michael is an aficionado of the East Antrim Marathon Series and when two of their regular runners, Gary Connolly and Gillian Barnhill of Seapark AC, decided to get hitched and then to help organize and run a marathon on their wedding day, the quirkiness of the scenario struck a chord with MOD and he joined about one hundred others to make a memorable day of it. The pair were married at Carrickfergus Castle on Friday morning and immediately set off on the run which was an out and back (several times) route along the Belfast Road towards Loughshore. There were 5k and 10k options as well. A special medal was commissioned for the run, designed by the newly weds as a very fitting token of their day. Gary and Gillian will honeymoon in Tenerife, where they have pencilled in a local marathon just because it is there. If this is the Maraton Santa Cruz de Tenerife on Sunday it certainly doesn’t give the happy pair too long to recover from their EAMS exploits. You would have though they could have found something else on which to expend their energy. Like O’Donoghue they must be bonkers! Of course, our Michael plumped for the longer distance and his Strava account shoes that he completed the race in 4.15.58, dressed in an inflatable tuxedo?

Gary Connolly and Gillian Barnhill were some of the earlier participants in the East Antrim Marathon Series and Gillian was one of the first ladies in Northern Ireland to join the Irish 100 Marathon Club. These days it is possible to do around 100 marathons in Ireland in a calendar year and more people are donning the coveted MCI 100 vest. Gary and Gillian have now done over 300 marathons between them.

It was only natural in those circumstances that they would want their own marathon for their wedding! The event was organised in collaboration with the East Antrim Marathon Series. It would be like any of the other events they do each month with some changes. Gary and Gillian designed the medal. It would take place on a Friday afternoon, soon after the wedding ceremony in Carrick castle. The event also included 5k, 10k and half marathon options so everybody could get involved. The route was from the Castle along the coast to Loughshore Park. The marathon runners would run between the 2 locations 3 times to bring up the distance to the accurately measured 26.2 miles.

There was a great atmosphere on the day with many in wedding themed outfits. Some running marathons in full wedding outfits. Suits for the men and wedding dresses for the ladies! I had an inflatable tuxedo suit but thought better of running along the coast in that wind! There was a lot of media attention with the BBC providing 2 camera crews and their Facebook Live crew.

The marathon was a fairly relaxed affair but there were some good performances. At the front of the pack Drew Fowler (Ballydrain) made a strong start only to be caught by Mark Walker (Unattached) towards the end. My time was 4:15:58

Once they finished the marathon Gary and Gillian headed off to Tenerife to run another marathon, but they promised to rest after that!

That was on Friday. On Sunday Michael headed for Co. Armagh to take part in the fifth running of King of Gullion 10k race over the mountain roads and trails of this beautiful area in the vicinity of the Ring of Gullion. The race starts and finishes in the Courtyard of the Slieve Gullion Forest Park. If the weather permits the route will include the summit of Slieve Gullion at 573m. Michael should perform well in this one. His love of skyline running, mountain terrain and hill and dale will stand him in good stead. We wait in anticipation for Strava to tell the tale! However, MOD will certainly not have it all his own way on Slieve Gullion. I understand that Andrew Tees too will be tackling the mountain and he has most certainly made a name for himself recently on the hills and in the dales. Andrew McIntyre may also run and Catherine Fearon too is likely to compete. We await the results sheet and photographs with bated breath!

The results appeared quite late on Sunday evening and indicated a great overall OAC performance:

Very well done indeed to Andrew, Andrew, Michael and Catherine. The King of Gullion this year is David Hicks (Newcastle AC) (45.15) and his queen is Mari Troeng (Newcastle AC) in 58.08.

The King of Gullion race was back for its fifth year on Sunday 12th November. The event is organised by the charitable organisation Southern Area Hospice Services to raise much-needed funding.

Starting from Slieve Gullion Forest Park, the course skirts around County Armagh’s highest summit in a rising traverse, with magnificent views over the Ring of Gullion. After 4k on solid forest roads, suddenly the runners are diverted onto a mountain path of steep rocky steps and boulder-strewn bog which winds up the mountainside to the top of Slieve Gullion. Upon reaching the summit cairn its a fast return along the same route back to the finish.

There were four brave Orangegrovers who drove through the rain and wind to Newry on Sunday morning. Their lunacy, sorry bravery, was rewarded with crisp winter sun as the rainclouds cleared away in time for the 10am start, although admittedly it was still ‘baltic’ and it even snowed, just a little bit!

The climb was leg-sapping and lung-busting, the descent hair-raising and bone-jarring, the views were spectacular if and when you could lift your head to appreciate them! Overall, a highly recommended event, a really enjoyable race in a beautiful location (one that most of us based in Belfast probably have never visited..), plus a great hill-session workout for the legs!!

Verity Cornford, the Mayor of Casterbridge’s daughter, was at home this weekend in England and took in the Tatton Park 10k, a lovely autumnal run around the magnificent grounds of the 1000 acre National Trust Property at Knutsford, Cheshire, the former stately home of the Egerton family. Verity always runs well on her home soil and Saturday was no exception. A much better runner than she ever gives herself credit for, she completed the course in a considerable personal best time of 48.15 which placed her well up the results sheet of over 1200 runners. Very well done indeed, Verity. Now, relax and indulge yourself! Yes, I said relax!

The 2016-2017 Club Championship culminated recently after 11 events. It was a wonderful championship with a bit of just about everything, track, trail and road. We are very grateful to the club captains, Stephen and Jill, for their monumental efforts in planning the runs, advertising them to the membership and administering the results. Well done to Andy McIntyre who emerged victorious on the male side, closely followed by Andrew Tees and Michael Broadhead. Edwina Ternan has enjoyed a superb year and thoroughly deserved to win the ladies title. Well done too to Julie McKimm and the ever-improving Heather Flint who completed the rostrum positions. Awards will be handed over at the Club AGM ON Thursday evening, 30th November.

Parkrun, of course, never eases off and never ceases to amaze and there will be a full complement of this intoxicating fare at 9.30am on Saturday morning throughout the country. Parkrun really is an incredible phenomenon. It all started at Bushy Park in London in 2004 and it took another three years before a second event was launched at Wimbledon Common. From then until now parkrun has spread far and wide, and globally too. By April 2016 over 100,000 people were running each Saturday morning at about 730 locations. At the heart of parkrun is the encouragement to the individual to see it as a timed run rather than a race. There is only your own previous time to beat and it is not a life or death issue if you don’t! The post-race coffee and the accompanying socialisation are more important than the actual run time itself. Also, central to the parkrun phenomenon is the volunteering spirit and the idea that the runs are run by the runners themselves. Long may it continue, and it will.

After the concentration of orange at Castlewellan last week for the Club Championship event it was back to normal this week with most of us at Victoria Park, but a fair number elsewhere. The majority of our brethren were at Victoria Park parkrun as usual, where Paul Woodman had a great run to finish in third place in 17.36, only 16 seconds short of his personal best for this location. There are not too many personal bests to report, but significant amongst them was Ian Grant (20.43) and Pauline Bayliss (20.54). You would have thought that the two of them could have run in together, given that they were running together. Men these days just do not have any class! Well done too to Catherine Fearon who achieved a personal best of 26.31. The Victoria Park parkrun was particularly notable this weekend for the presentation of a cheque for £110 to the Children’s Heartbeat Trust. The money was donated by members on the day of the Stormont Cup club championship event at Stormont parkrun earlier this year. The winner of the Stormont Cup was Susan Anderson and it was Susan who chose the very worthwhile Children’s Heartbeat Trust charity. Anne Devlin finished second and Jackie Grant third on the day and they too were present as the cheque was handed over. Well done ladies!

At Stormont George Gribben showed that he is making a good recovery from injury by running a personal best for this location of 25.30. Very well done! A notable performance at Ormeau was that of Jacob McKittrick (JM 11-14) who ran 20.52 to finish in 14th place overall. Having said that he has a personal best of 18.42 at the same location!

There was a little bit of parkrun tourism this weekend. Shona Pryde was at Portobello, Edinburgh, in 31.39. Sarah Steer was at Cabinteely (south-east Dublin) in 25.12. Lyndsey Tyro was first lady at Monaghan in 20.15 and her other half, Paul Tyro, circulated the same course in 24.07.

Now, not to forget the volunteering bit. There is always a job or two to be done on Saturday morning to enable the parkrun machine to run smoothly. If you are a runner, and even if you are not, you should try to volunteer once or twice a year. You will not be thrown in at the deep end. There isn’t a deep end anyway! Contact Gerry on belfastvictoriahelpers@parkrun.com

Thanks to Colm Fearon for the pictures 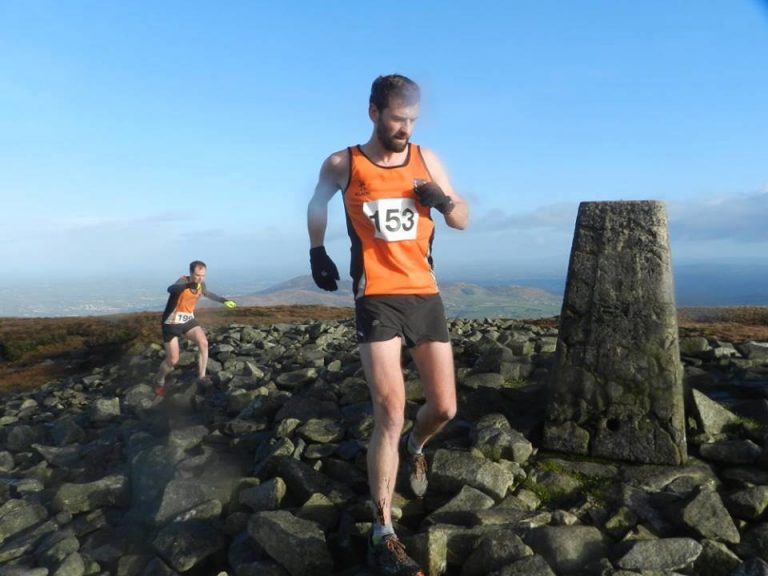 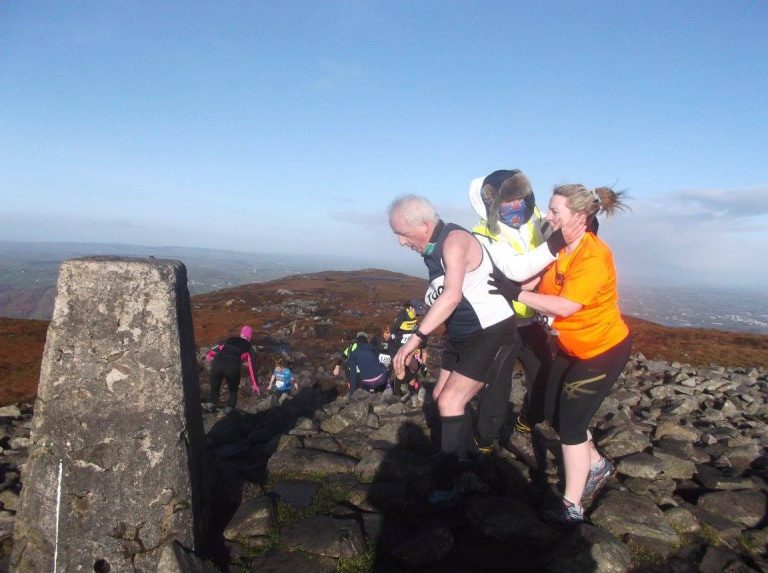 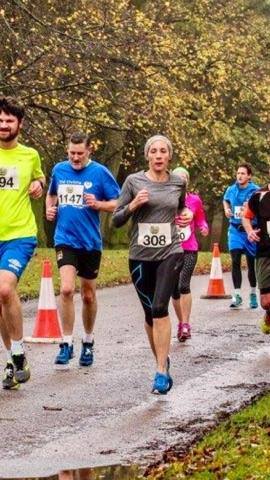 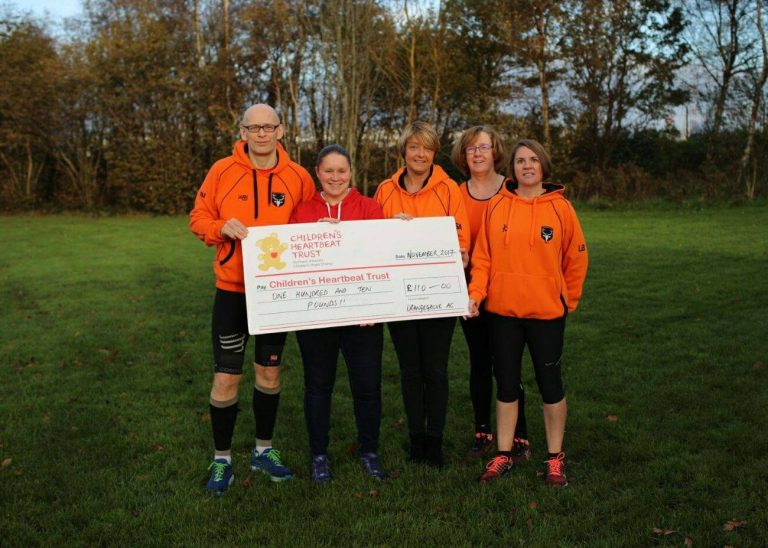 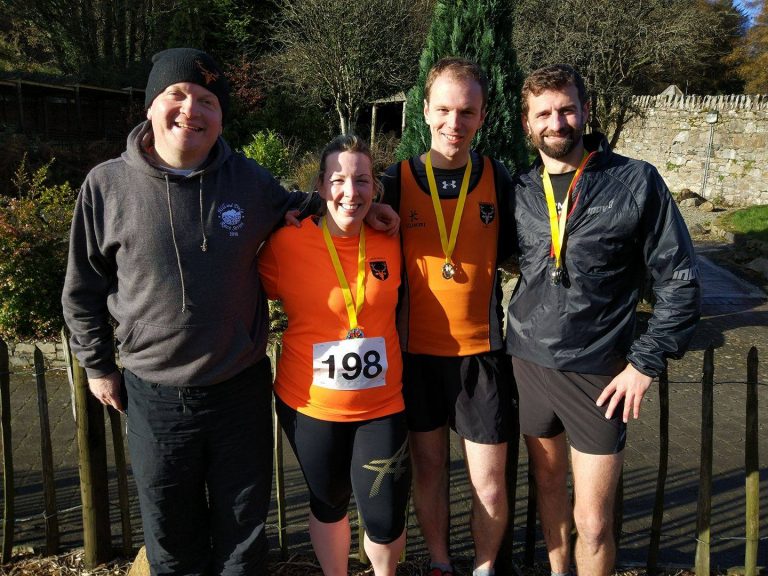 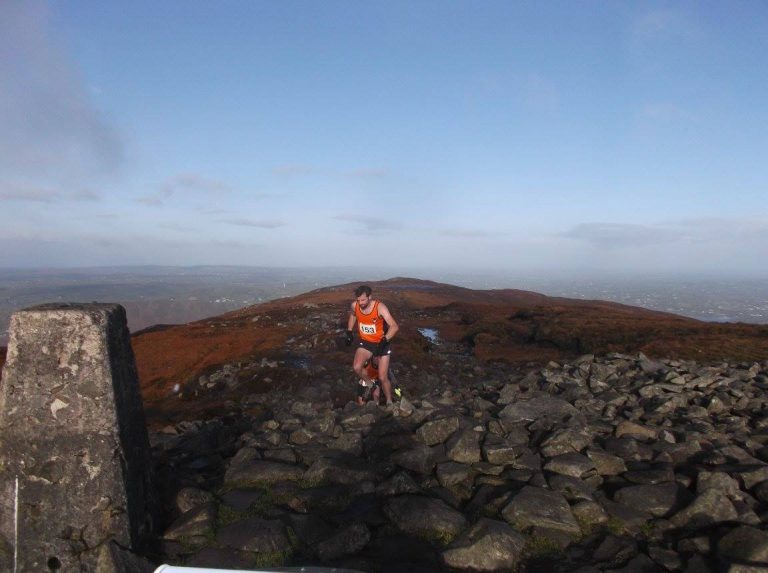 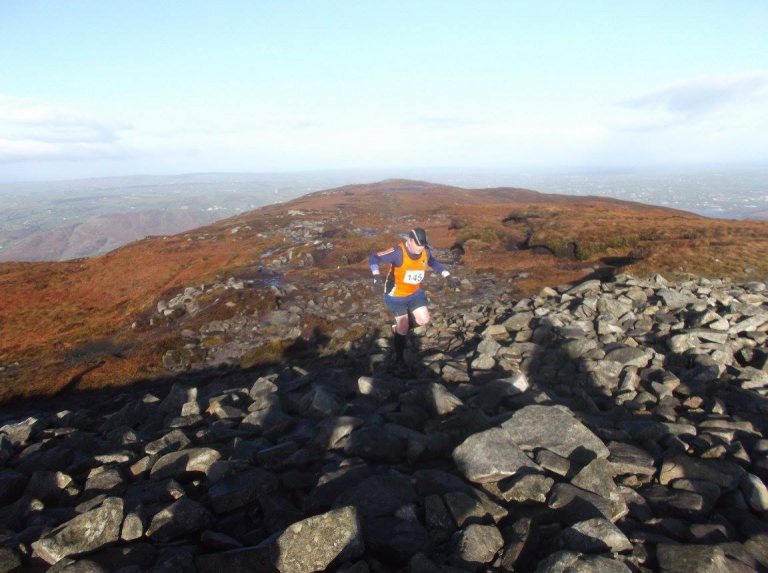 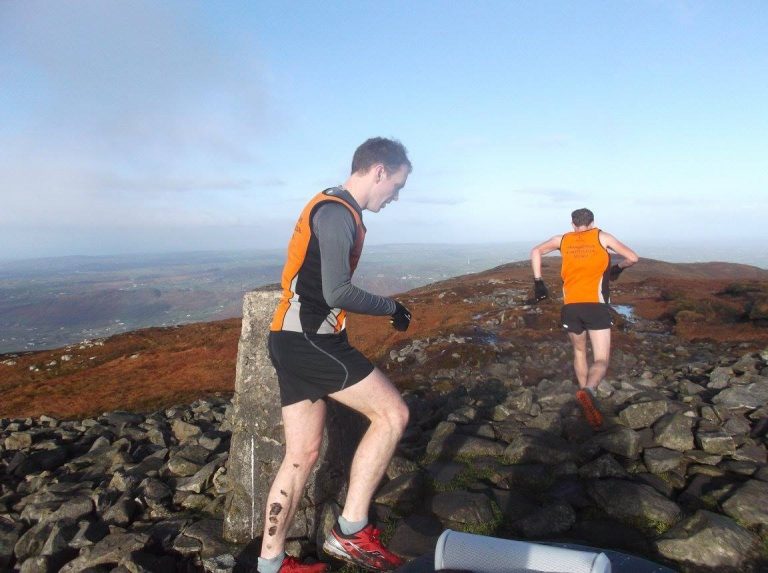 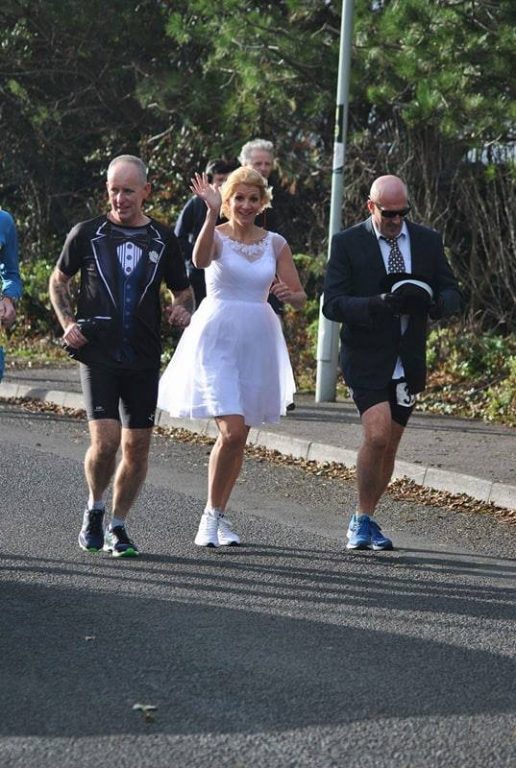 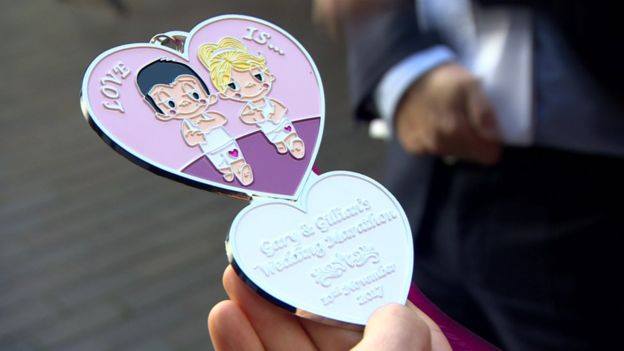 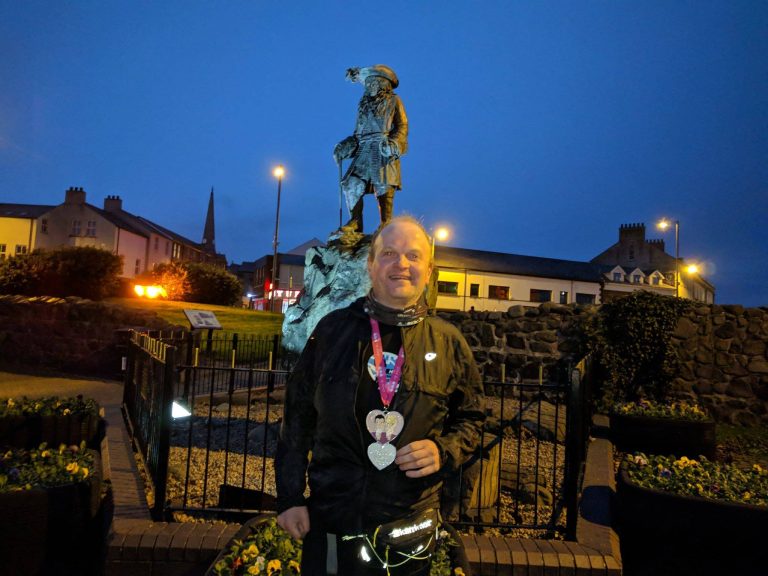