Was hoping this report would be like me, short and to the point, but as the week went on I discovered just how many events our athletes were participating in.

Paul and Lyndsey Tyro continue on their honeymoon half marathon series. Race 2 was the HCMC half which they ran this morning whilst most of us were still asleep. The race starts at 6am to try to avoid the most of the daytime heat and humidity. The runners are taken on a route along Crescent Plaza and across the Phu My bridge with beautiful views of the Phu My Hung urban development.

Not so sure how much of the beautiful views our speedy couple took in as they both finished in very fast times. Paul ran 1.29 and Lyndsey was 1st lady home in 1.35 (these times are approximate as official results are get to be released).

Lyndsey won a beautiful trophy, some trainers and 6,000,000 VND ( best not to look up the exchange rate). The couple are celebrating the victory with a well earned meal and some local beverages.

Well done on your win, Lyndsey, all at OAC are delighted for you.

Two of our athletes took part in this race in Friday morning. Famous for its flat and fast route starting and finishing in the shadow of the iconic Burj Al Arab, this race also starts early to avoid the heat.

It’s also one of the richest long distance events, with record prize money. This year’s front runners set a 30km world record but fell off the pace in the last 12k. The eventual winner was the 6ft 4 Ethiopian Tesfaye Abera in a time of 2.04.24. First Lady was his county woman Tirfi Tsegaye in 2.19.41

Our 2 athletes fared very well in the difficult conditions. Paul Woodman finished in 3.13.12. Helen Charlton in 4.14.40.

This was always going to be busy! The first event in the OAC club championship and an inter club competition with our friends from Acorns AC. Nearly 300 runners took part, over 60 from our club and over 30 sporting the blue of Acorns.

This was the first indoor meet of the season for our sprint team. Jason Moore competed in his first 60m flat and having only recently started training with the sprinters showed no nerves and ran extremely well. Jason ran 8.19 in his 1st race and then 7.94 seconds. 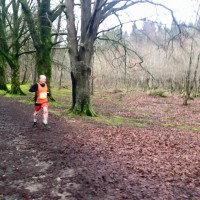 MOD and Paul Gruhn represented us in this race, Drum Manor is just outside Cookstown, it’s in a beautiful forest park and is well worth a visit (as a Mid Ulster lass I may be slightly biased).

Anyway, the race consists of 2 x 5 k loops, it’s rather hilly ( an understatement. Michael was 72nd in a time of 46.59 and Paul completed the course in 56.33. As expected of a race organised by Sperrin Harriers the post race spread was extensive and I hear that our 2 men enjoyed the feast!

Ben Sykes (minis) took part in the Firefly Fastest Feet competition at Jordanstown yesterday, this was to search for the fastest 7/8 year old in the country. The winner then gets to run in the final in the USA.

It was a busy weekend for Rory Hall-Thompson. During the week he set a new 3k pb at a school event, he then paced his mum Alison around parkrun before competing in the East Coast AC XC. Rory was 2nd in the junior boys race. (Distance 2316m, time 10.05) Well done Rory. 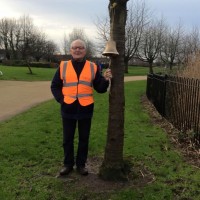 Finally (phew), did you know that the legend Gerry Ward will be 83 next month? Why not make his birthday extra special by volunteering at parkrun, there are many different roles available and training can be provided by the core team. Gerry’s email is belfastvictoriahelpers@parkrun.com

Thanks to those who have sent me updates by message and thanks to Sarah Malcolmson, Paul Tyro, Helen Charlton, Rachel Woodman, John T Glover, Karen Russell and Francis Purvis for the photos.