The Club weekend was dominated by one major event, the Bobby Rea Cross Country races at the University of Ulster at Jordanstown. At least one member ran in the Oktoberfest 5k race in Newry on the evening of Thursday, 22nd October, and Robin Montgomery will be the only Orangegrove representative in Monday’s SSE Airtricity Dublin Marathon. We wish him well!

The Bobby Rea Cross Country races constitute the second round of the Athletics Northern Ireland Cross Country League, so it is important that we have strong participation from both the men and ladies, at least up to the magic figure of sixteen finishers in each case to maximize points. Each finisher scores a single point which is then added to the team score, if there is one. The first six club teams of four (each club’s best four) score points from 12 points down to 2 points, after which the participation points are added. The Orangegrove ladies had a super turnout for the first round of the Championship which was at Comber, the men less so. There is also the internal Titanic Cup to think about, presented to the winning cross country team from Orangegrove, either the men or the ladies. The ladies are the current holders.

And the following times were achieved by OAC members at Jordanstown on Saturday:

Ladies and Vets M60 and above (5k, but probably considerably less on the day)

Very well done Julie McKimm on a great run and well done too to Jenny Powell, Karen Russell and Hilary Bradshaw who were taking part in their first cross country race. Particular congratulations to Karen Russell who, in addition, was wearing the orange vest for the first time.

The ladies race at NUU was won by Emma Mitchell (Banbridge RC) in 16.49.

Yet another very good run from Andy McIntyre, and great to see Adrian Sproule running in his first cross country race and getting back to business after injury. Spare a thought for Stephen Anderson who was going well but miscalculated the laps in the men’s race and stopped early and was not included in the results.

The men’s race was won by Paddy Hamilton (Slieve Gullion Runners) in 24.37.

The races for children aged U10-U18 were run in the morning during the worst of the weather conditions. We warmly congratulate the following members of the Orangegrove Junior section, their coaches and parents for their efforts on the day:

By the way, the races at Jordanstown are named in commemoration of Bobby Rea who was Chairman of the Northern Ireland Athletic Federation at the time of his sudden death in November 2006. He had spent a lifetime in athletics, first as a competitor with Albertville Harriers in North Belfast and then as a coach and administrator. He was secretary of the NIAF’s Cross Country Committee for almost twenty years from 1983 and was heavily involved in organising many of the high profile events hosted by the NIAF at this time, against the backcloth of serious civil disorder. These included the Belfast Marathon from its inception and the World Cross Country Championships of 1999 for which he was a key member of the technical organising committee. He had also acted as manager for many NI Cross Country and Track and Field teams, culminating in his role as manager of the Athletics team at the Commonwealth Games in Melbourne in March 2006. He deserves more than a passing thought on the day.

Last Thursday evening saw the running of the Oktoberfest 5k race in Newry on a route in the north-west of the town centring on Monaghan Street. Birthday girl Antra Balcuna was in the town and took the opportunity to enter the race. Antra has recovered well from the foot injury she sustained in the Belfast Half Marathon and was pleased with her time of 21.00, fifth lady. The race was won by Paddy Hamilton in 15.08 and Breege Connolly was first lady in 17.24.

The October Bank Holiday Monday in the Republic of Ireland traditionally brings the SSE Airtricity Dublin City Marathon and Orangegrove this year is ably represented by Robin Montgomery who is coming towards the end of a superb running year in which he has been extremely competitive at every distance. The route is a single lap one which starts and finishes in the city centre. The first few miles are in a north-west direction towards and through Phoenix Park before the turn south and west towards University College prior to the return to the city centre. The forecast is for cloud with some rain, but that will not worry Robin. The race starts in three waves at 9am, 9.10am and 9.20am. Best of luck Robin, although I suspect luck will play very little role in what happens on the day!

And the news from Dublin is good, at least at the half way point. Robin passed through the 13.1 marker in 1.29.32 and is averaging 6.50 per mile. He passed through the 10k point in just over 42 minutes which seems a tad speedy with another 32k still to run! He is clearly well on his way to a great time. Hopefully it will all hang together!

In the end Robin crossed the final timing mat in 3.01.25, a superb time and a new personal best by about eight and a half minutes! Robin being Robin was a little disappointed he didn’t finish sub three hours and at one point it seemed that he would. He managed to hold on to the 3 hour pacers to mile 23 but, in his own words, ‘struggled with the last three. Nothing worse than seeing a wee red pacer balloon move off into the distance’. Nevertheless, he remains happy with a time with which the majority of us would be ecstatic! Robin will now have to wait to London to get into the 2.50s. Very well done indeed! Your club wishes you well and is proud of your achievement and the endeavour that led to it!

The Dublin City Marathon was won by Alemu Gemechu (Ethiopia) in 2.14.01 and Nataliya Lehonkova (Ukraine) was first lady in 2.31.08.

It was an uncharacteristically dismal morning at Victoria Park for the start of the parkrun on Saturday morning. Nevertheless, 143 runners braved the elements for their three laps of the track and as the proceedings progressed the elements began to relent. Hopefully there will be a few Orangegrove personal bests to report from this morning’s run, unlike last week when they were restricted to Stormont. Well done Sam Rainey (JM10) on your personal best of 24.53, and Eoghan Rainey too was flying on the same time of 24.53. Well done Anna Rankin on a personal best of 26.11. Neal Killen had a personal best of 29.06 and Deborah Killen too of 36.14…a fairly buoyant Saturday evening in the Killen household, I suspect! Diana Porter circulated in a personal best 29.58. Well done all! Mark Williamson was a first timer at Stormont in 22.42 as were Louise Browne (32.01) and Fintan Hurl (32.02) at Ormeau.

‘No volunteers, no parkrun’. How often have you heard those profound words at Victoria Park about 9.30am on a Saturday morning? Well, familiarity should not breed contempt! We can only continue the good work at Victoria Park if there are abundant volunteers, and there aren’t. So, email Gerry Ward on belfastvictoriahelpers@parkrun.com to offer your services and do your bit. Your parkrun needs you, and it needs you soon! 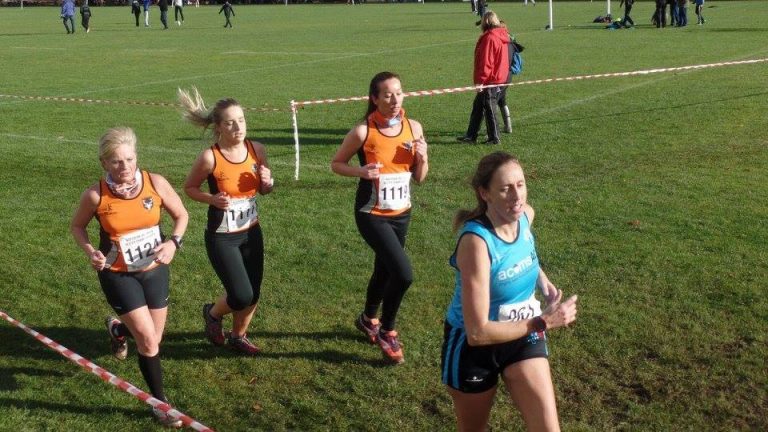 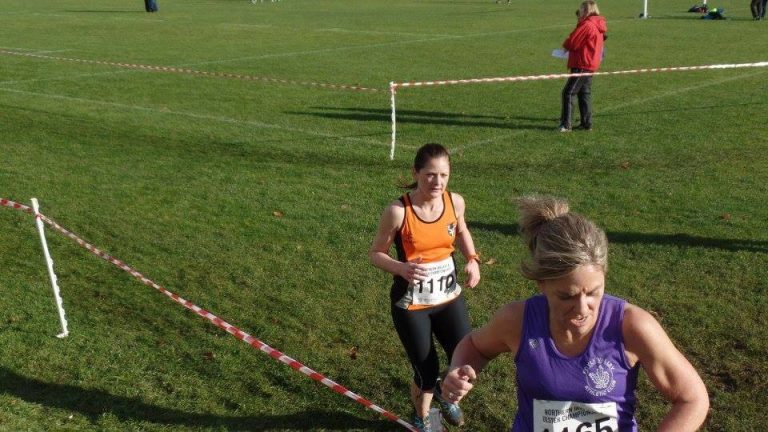 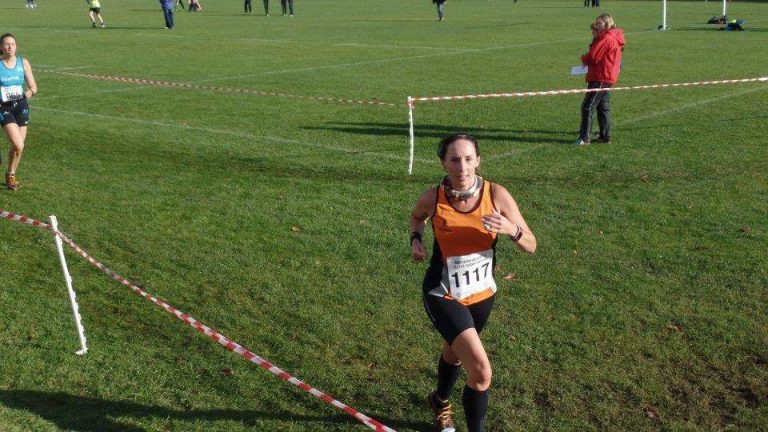 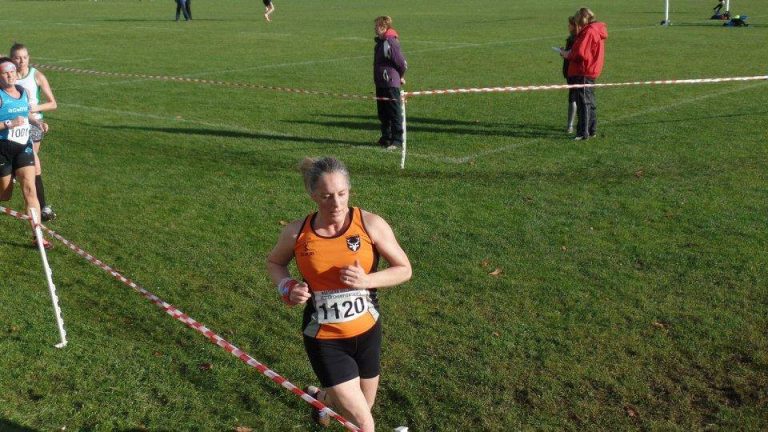