Not a lot was happening midweek this week, but there was plenty to keep most of us busy at the weekend with the Ards Lions 5 mile race on Friday evening, the Shore 10k at Killough, Co. Down, on Saturday morning, and on Saturday afternoon there was the Wilderbeast 10 mile and 5k trail races in and around Glenarm Castle, the ancestral home of the Earls of Antrim. And OAC member Trish Magill will be running in the Great North Run on Sunday and so we will be keeping a watchful eye on her progress.

The Ards Lions 5 mile road race, this year hosted by Ballydrain Harriers, is now a regular Friday evening fixture on the list and one that attracts a fair number of accomplished athletes. The race starts and finishes at Londonderry Park on the Portaferry Road and the route embraces both the urban and country roads to the south-east side of the town, including a section along the main coast road to Portaferry before the left turn at Finlay’s Road. Then, from the townland of Ballywattiock, it is back to Newtownards and the finish at Londonderry Park via the Bowtown Road. A number of OAC athletes were on the start line for this one: John Craig, Robin Montgomery, Michael O’Donoghue, Victoria Murray, Sharon Corken and Mairead Napier.

And the news from Ards was excellent in the end and produced a real lift for all of us. The Ards Lions 5 mile road race was won by OAC’s John Craig in 27.41 and Robin Montgomery was first M45 home in 30.36 (11th/120). Michael O’Donoghue was running well and finished in 33.52. The three ladies also did their Club proud, Sharon Corken finishing in 43.56, Mairead Napier in 50.10 and Victoria Murray in 51.02. Very well done indeed to all from OAC for their sterling efforts on Friday evening.

The Wilderbeast (I always thought it was wildebeest) 10 mile and 5k races at Glenarm have not been extensively advertised. The races are in the beautiful grounds in and around Glenarm Castle. The ten miler in particular will be challenging enough with a very significant uphill section through Glenarm Forest and beyond. However, OAC athletes will be up to it on the day and will undoubtedly make light of what nature has placed in their way.

In the 5k race there was a fair sprinkling of OAC representation, particularly from the younger generation. Very well done indeed to the following:

Mother of Rory and Ben, the lovely Alison, proved that that she was up to the pace of the youngsters by finishing in 27.31. Rumour has it that she purposely kept a respectable distance behind them just to keep a motherly eye on her off spring and their friends! Recent new member Sylvia Pearce crossed the line in 33.37 and Elaine McAllister, who is in danger of over-doing it, was home in 37.00. Well done everybody!

There was also one very big non-running event this week, the marriage of OAC members Lyndsey Pronger and Paul Tyro. All of us at Orangegrove Athletics Club wish them the very best on their day (Friday) and good luck for the future. We rest assured that if the happy couple every produce children they will likely be speedy little blighters. If there is a daughter she will undoubtedly be extremely proficient on the track just like her mother. If there is a boy he will likely play rugby for Ireland (not New Zealand) on the wing. Best of luck Lyndsey and Paul on your big day and please remember that marriage is never an excuse for hanging up your trainers!

And I understand that Rachel Woodman is about to reduce both her weight and waist size after nine months or so of fending for two. So, another speedy youngster is imminent and hopefully he or she will inherit those running genes that are so clearly characteristic of both parents. Best of luck to Rachel and Paul as the time approaches.

And it has happened! It is Rosa Louise and the rumour is that Paul already has her in training for the 2030 Belfast City Marathon!

Did you know that the Morrison’s Great North Run is the largest half marathon in the World. This year no fewer than 57,000 runners will run the thirteen odd miles from Newcastle-upon-Tyne to the coast at South Shields. The race was devised in 1981 by the Olympic 10,000m bronze medallist Brendan Foster and it has been running every September since then. Martin Mathathi holds the men’s record of 58.56 (2011) and Mary Jepkosgei Keitany the ladies record of 65.39 (2014). The race last year was won by Mo Farah in 1.00.00. However, he had better watch out this year because OAC’s Trish Magill is a starter and when the notion takes her Trish can run very well indeed. All the very best on the day Trish, and rest assured that your Club is with you (on their sofas watching it on television). The Great North Run will be broadcast live on BBC 1 from 09.30-13.30 and there will be a highlights programme on BBC 2 from 18.00-19.00.

And very well done indeed Trish Magill on getting down to South Shields in the very respectable time of 2.08.53 on what was a hot and humid day in the north-east of England. Your Club is proud of your efforts! Rumour has it that Trish is currently indulging herself ‘somewhere’ in the north of England!

And a further reminder! The Belfast Half Marathon on Sunday September 22nd (next Sunday) at 9am, starting in Ormeau Park, is the final round of the Orangegrove Club Championship for 2014-2015. See you there!

Saturday means parkrun for thousands in Northern Ireland and throughout the United Kingdom, and a fair proportion of them were at Belfast Victoria Park at 9.30am on Saturday 11th September, on what was a rather dull and dank autumnal morning. With no big events on the day or next day there was no excuse for OAC members not to be running their wee hearts out to produce personal bests worthy of reporting. So, after a perusal of the results the following personal best runs can be mentioned and congratulations to those who achieved them.

And the volunteering bit as usual to finish. Volunteering is a major part of the ethos of parkrun. The weekly timed run is dependent on volunteers and it cannot be the same group week after week. Your parkrun needs you to volunteer occasionally and now would be as good a time as ever, before the weather starts to get cold! Email Gerry on belfastvictoriahelpers@parkrun.com. Don’t linger! Do it now! 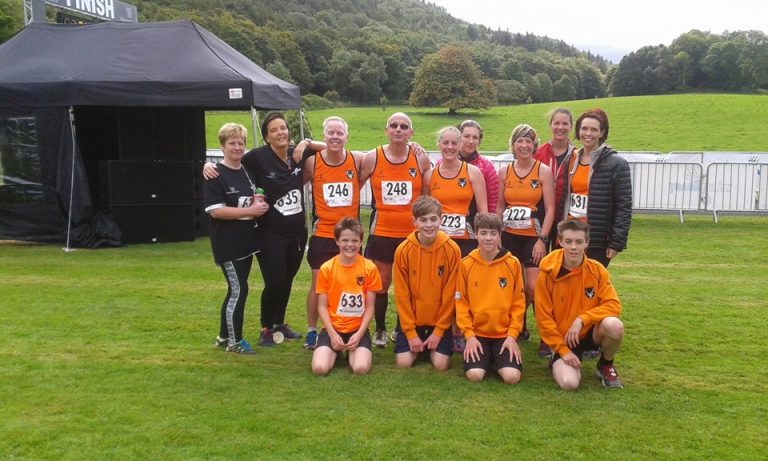 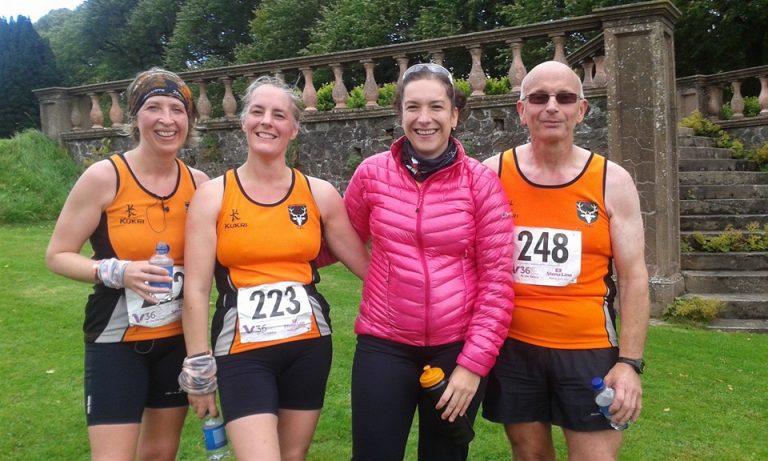 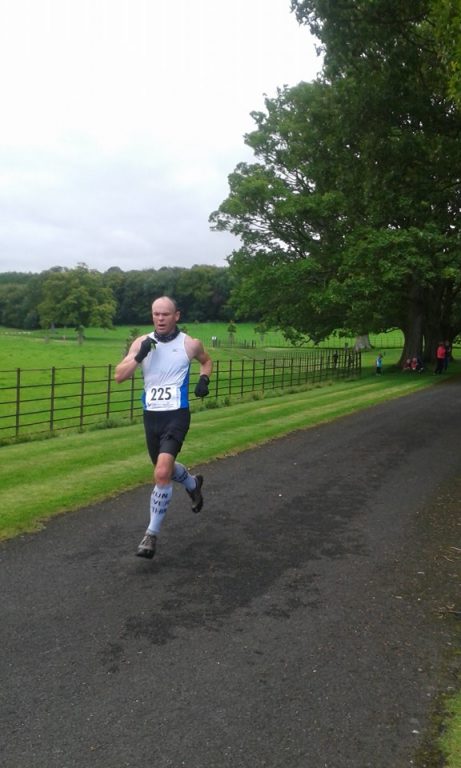 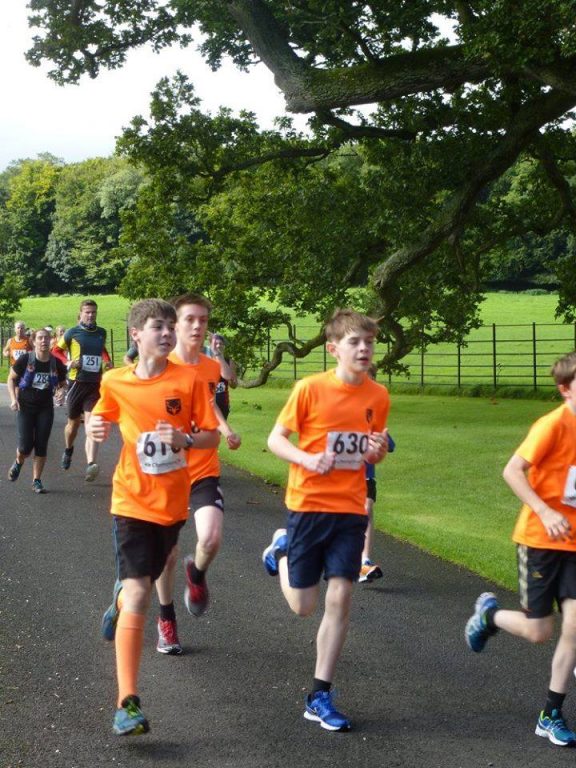 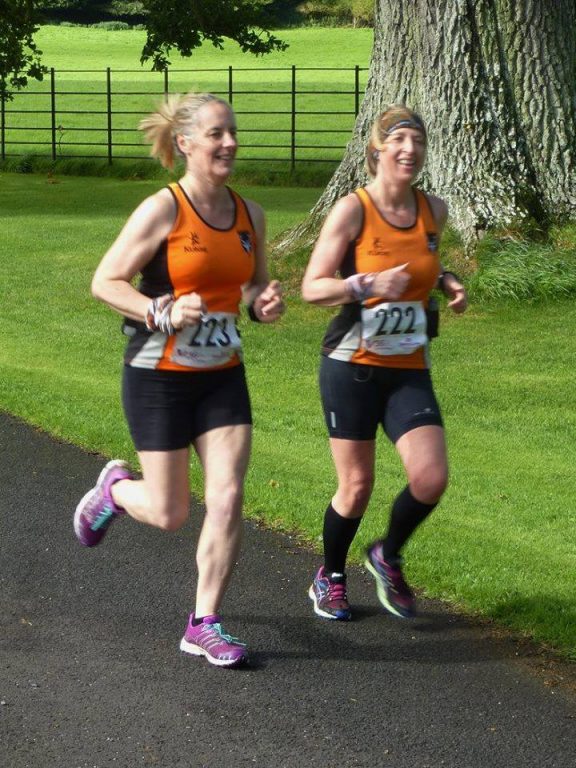 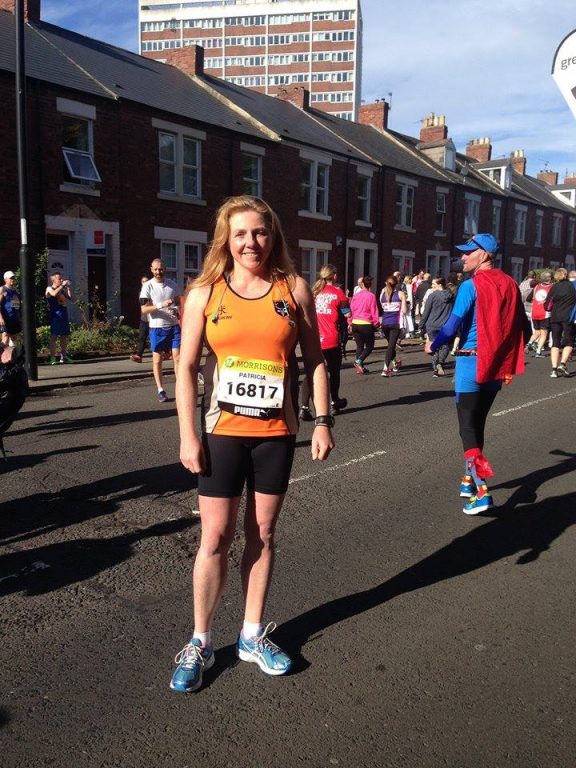