This is a busy part of the season with numerous evening and midweek events as well as the usual Saturday and Sunday fare. The Kilmore Rec 5 mile road race at Crossgar was on Tuesday evening and Wednesday brought the North Down AC Trail Race at Crawfordsburn Country Park. On Saturday morning many of us awoke with feelings of trepidation at the thought of the Lurig Mountain Challenge at Cushendall, the eleventh round of the Orangegrove Club Championship. Orangegrove’s Joy McAleer is in Lyon, France, this week as part of the Irish team taking part in the World Masters’ Athletics Championships. There is no end to it!

We had one runner at the Kilmore Rec F.C. 5 mile road race at Crossgar on a pleasant and surprisingly dry Tuesday evening. This race was hosted by the town’s football club, which plays in the premier division of the Northern Amateur Football League, in association with Crossgar Community Association and East Down Athletic Club. The race takes place over the pleasant country roads in the vicinity of the village. Well done to Orangegrove’s Joe Craney who finished the race in the very good time of 32.04 (11/75). Great running! We haven’t seen as much of Joe lately as we would like. He is an extremely accomplished runner and we hope that he can get back to full training with Orangegrove as soon as possible. His Club needs him!

The North Down Trail Race at Crawfordsburn, organised by North Down AC, pretends to be a 5k race, but it is not a 5k as we know it. Granted, the setting is beautiful amongst the trees and shrubs of the Country Park and there is a very nice section along the North Down Coastal Path before the ascent back to the Countryside Centre for the finish. However, there are a fair number of significant inclines in this one and you will be unlikely to set a 5k personal best or anything close to it. Nevertheless, this is a great little race that is always well organized and marshalled and it is ideally suited to those who may be thinking of a final run out before Lurig or who have no intention whatsoever of going anywhere near Cushendall on Saturday. Fifteen Orangegrove members made their way down to Crawfordsburn on Wednesday evening where conditions were damp under foot with a little mizzly rain. And the results were:

Very well done indeed to both Robin Montgomery and Antra Balcuna at the top of the Orangegrove table. Particular congratulations to Carolyn Beattie on winning an age category prize… a gentleman will never mention which one! Great to see both Anne Devlin and Stephen Craig on the start line for this race and well done Sharon McFarland on getting back to running following injury. Indeed, well done to everyone from Orangegrove who turned out at Crawfordsburn Forest Park on what was a dark and dank August evening.

No shortage of races this week and Friday evening saw the inaugural Donaghadee 5k, part of the Donaghadee Festival Fortnight, sponsored by Hadlow, with all proceeds going to the Sir Samuel Kelly Project which seeks to restore and re-house the old Donaghadee lifeboat, The Sir Samuel Kelly, which rescued survivors on the occasion of the Princess Victoria disaster in January 1953 and again during the Fastnet Yacht Race disaster in 1979. The race will start near the harbour and take the runner parallel with the old Donagahdee railway line towards the Commons before cutting inland towards Hunt’s Park to the disused water tower, before returning to the town for the finish. Our old friend Andrew Muir of North Down AC has been involved in the organising of this race and we are hopeful that some Orangegrove members will make their way to Donaghadee to support it.

And Orangegrove was represented by the Club happy couple of Louise Browne and Fintan Hurl. Louise danced her way round in 25.09 (46th/127) closely followed by Fintan in 25.18. We are not certain whether they were running together, but apparently whoever finished second had to buy the ice creams and chips! As usual Fintan had his hand in his pocket!

The Donaghadee 5k was won by Dennis Scott (North Down AC) in 16.57 with Aoibhinn Clinton (Ballydrain Harriers) first lady in 21.31.

The main event of the weekend for most of us will be the Lurig Mountain Challenge at Cushendall which, this year, we designated a round of the Orangegrove Club Championship, the eleventh and penultimate round. Read the full race report here.

With only two more rounds of the Pure Running/ChampionChip Ireland Half Marathon series left, one or two members of Orangegrove are competing for the prizes, although those in contention have to complete at least two races out of the ‘second half’, that is if they have completed at least three races in the ‘first half’. There are substantial monetary prizes for finishers who complete at least five races and satisfy the ‘half’ regulations; in first, second and third places from MO to M/F 45, for first and second M/F 50 and for first M/F 55. Unfortunately for me (M60) there is nothing for age categories above M/F 55! Typical!

Anne Moore is looking very strong in her category at the moment and if Robin Montgomery runs a couple of very fast ‘second half’ races, of which he is capable, he too could be in the money. Garry Morrow was in pole position in the very competitive MO category during the ‘first half’ but a recent injury which curtailed his running may make it difficult for him to satisfy the ‘second half’ regulations. However, the most recent news is good. Garry has been given the all clear to start running again. He has also spent a lot of money on new trainers and so looks set to return with a vengeance. However, whether this will include the remaining two rounds of the Series remains to be seen!

Joy McAleer is in France this week taking part in the World Masters’ Athletic Championships in Lyon. I don’t have too much information at the moment but she finished 6th/10 in the semi-final of her 800m event, in a personal best time, in temperatures that were soaring to over 40 degrees.

Joy is currently placed 15th in Europe and 22nd in the World in the F50 800m rankings. Not bad, hey! Very well done indeed Joy McAleer. Your Club is extremely proud of your achievement and passes on its warmest congratulations.

With the prospect of the Lurig Mountain Challenge hanging over many of us like the proverbial Damocles sword, it was likely that there would be few Orangegrove heroics at Victoria Park parkrun on the morning of Saturday August 8th, except perhaps amongst those who had already made the sensible decision to stay well away from Cushendall on this fine day. So, what did the results reveal? Well, a slight hiccup with one of the barcode scanners means that we might never know. What we do know is that well over 300 runners turned out on the day and thoroughly enjoyed their outing in the sunshine and the festivities in the clubhouse thereafter. We do work very hard to try to ensure that all is well on the day, but parkrun is a volunteer event and on occasions things will not quite go to plan. Ironically those who complain loudest are usually those who never bother to volunteer anyway and who assume that the event is there just to serve their occasional whim to have a free timed run on a Saturday morning. Do not allow yourself to be in, or to remain in, this category. Email Gerry on belfastvictoriahelpers@parkrun.com and offer your services. You know it makes sense!

And a postscript. Very well done indeed to our parkrun results team which worked very hard over the weekend to retrieve as many results as possible and to publish them. One of the three scanners was not working correctly and there are a few gaps, but some results are certainly better than no results.

Two Orangegrovers were also racing on Sunday, Andrew Corken and his lovely sister, sorry mother, Sharon (see photographs). They were running in the Subway 5k at Ormeau Park, and running very well too. Both mother and son completed the course in 25.47, although there is apparently still some debate between the two as to who was holding who back. Well done Sharon and Andrew and Andrew and Sharon! 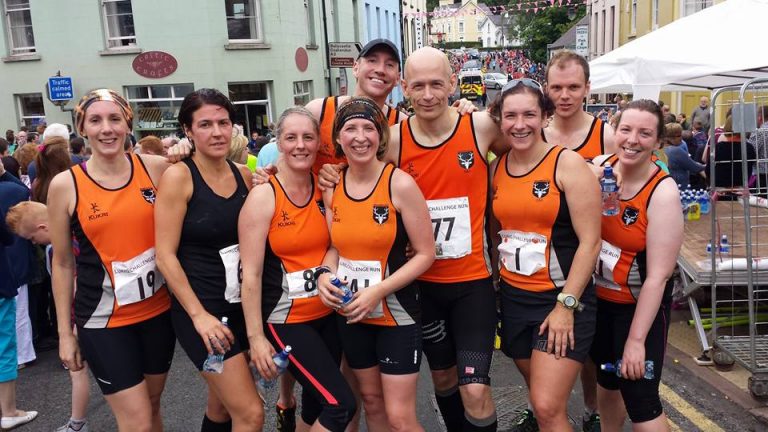 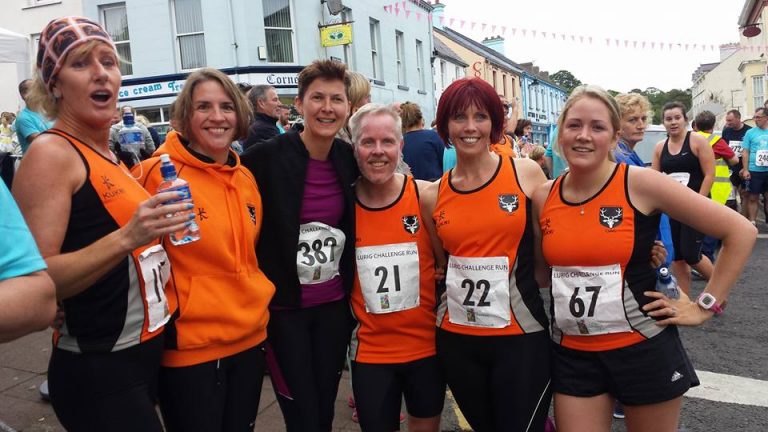 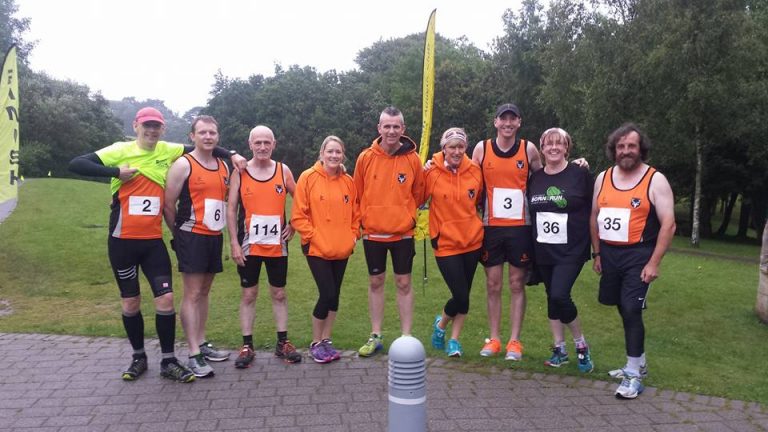 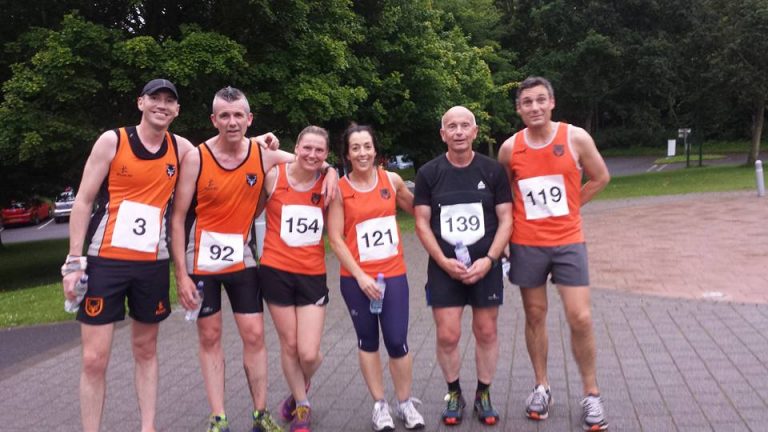 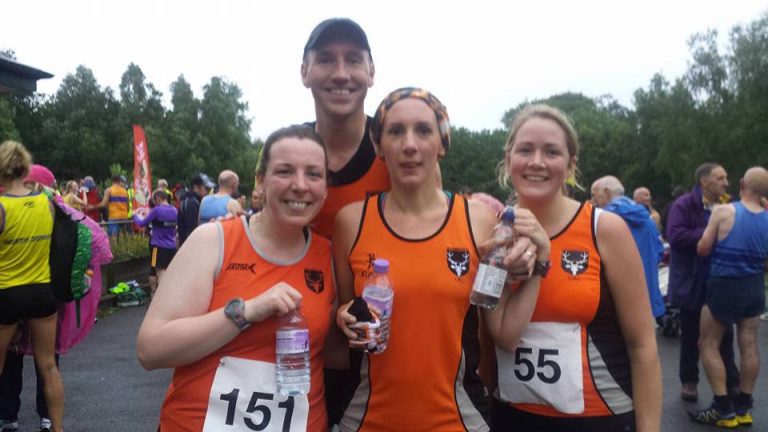 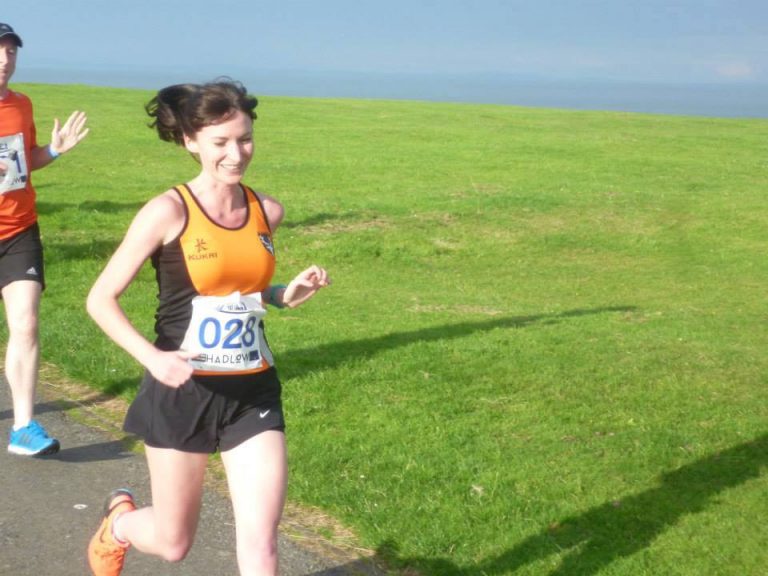 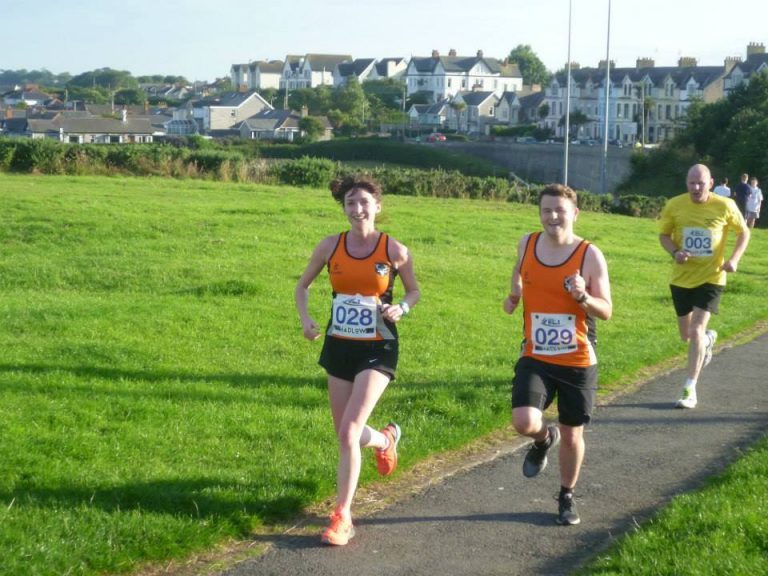 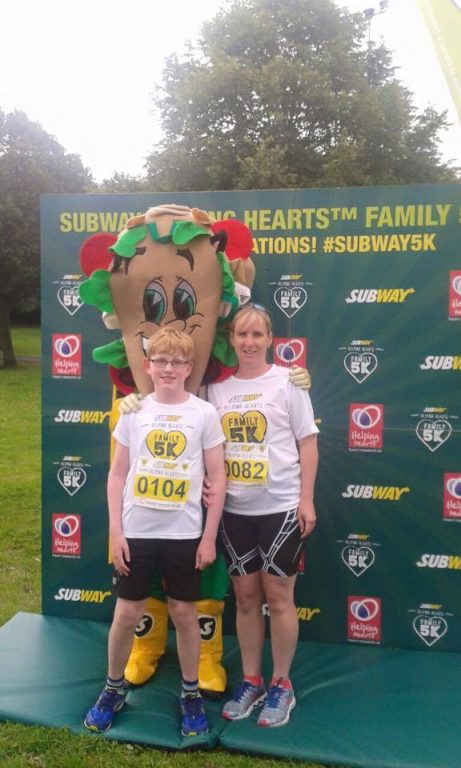 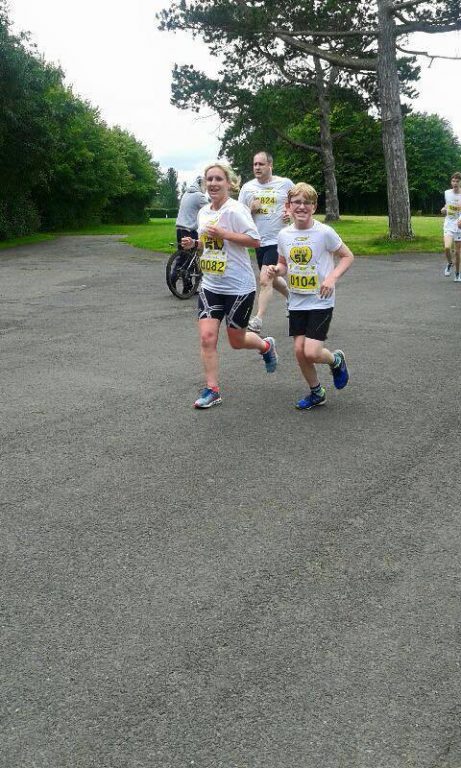 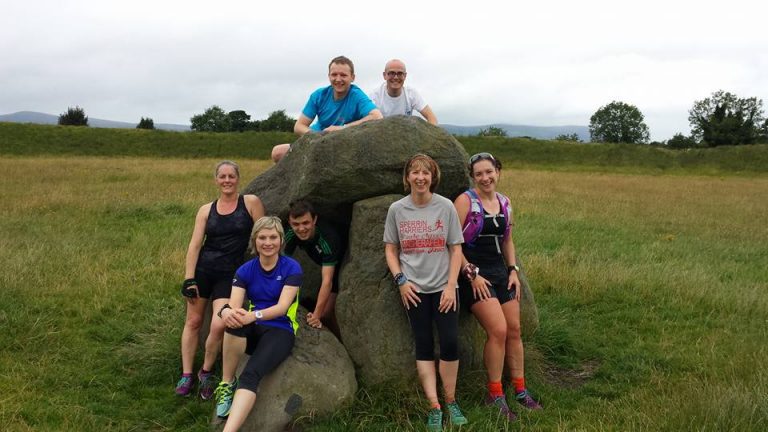 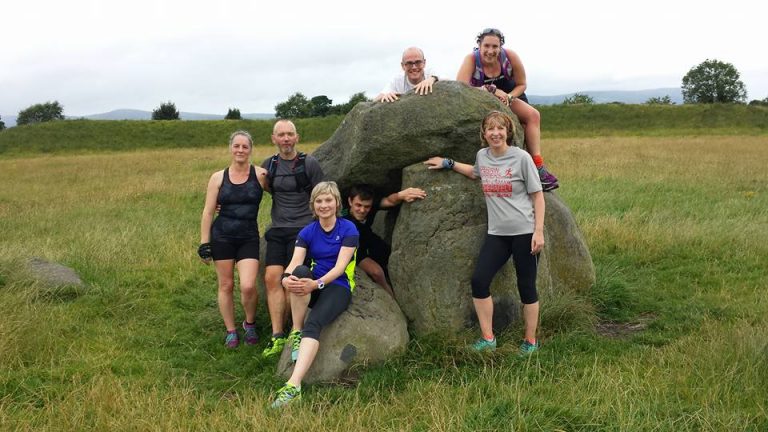