As usual the weekend started early, very early! On Tuesday, seventeen Orangegrove runners gathered in the gloom at Portaferry for the Portaferry 10 mile race and relay, the longer distance the tenth round of the Orangegrove Club Championship for 2014-2015. Des Fahy and his daughter Iseult were in action on the same evening in the Burtonport 5k in Co. Donegal. Members of the Junior Club were at the Mary Peters’ Track on Thursday evening for the Firmus Energy Super 6 series track and field meeting. The weekend proper brought the Dalriada 10k at Glenarm (Friday) and the Divis Mountain 10k on Sunday. Sunday also saw three Orangegrove athletes take on the Scott Snowdonia Trail Marathon and Half Marathon events in North Wales. Orangegrove also had a number of masters’ athletes taking part in the Irish Championships at Tullamore, Co. Offaly. So, plenty of running and plenty to write about!

The Portaferry 10 mile race on Tuesday 21st July was the tenth round of the Orangegrove Club Championship and so a big turn out was to be expected. In the end seventeen of us made it down to the tip of the Ards Peninsula for this great race. Read the full race report here.

While most of us were lining up for the Portaferry 10 on Tuesday evening, Des Fahy and his daughter Iseult were preparing for the start of the Burtonport 5k. Burtonport is a Gaeltacht fishing village in The Rosses area of west Co. Donegal. Its most famous son is the former Republic of Ireland and Celtic goalkeeper Packie Bonner, who made 80 appearances for his country and 483 for his club. Des is running extremely well at the moment and despite running in the M45 category he managed to complete the race in 18.54 for 32nd place overall out of a field of 124. Very well done indeed! Iseult, his daughter, completed the 5k in a very respectable 23.57 and won a prize for second junior woman. Orangegrove offers its warmest congratulations to both father and daughter. The Burtonport 5k was won by Barry Herron (Finn Valley) in an astonishing 15.22. Teresa Doherty (Finn Valley) was first lady in 16.16.

Members of the Junior Club were at the Mary Peters’ Track on Thursday evening for the Firmus Energy Super 6 series track and field event, and there were some notable performances in what was a very competitive arena. Very well done indeed to the following:

Very well done indeed to all from Orangegrove who competed at the Mary Peters’ Track, and to their coaches too who made it all possible.

Running by the seaside is in vogue at the moment and it continued on Friday evening at Glenarm in Co. Antrim for the Dalriada Festival 5k and 10k races. The route is a magnificent one up through the forest above Glenarm from Altmore Street and then back towards the town again through the grounds and farmland of the magnificent Glenarm Castle Estate, the ancestral home of the Earls of Antrim. Two laps for the 10k, just one for the 5k. One or two from Orangegrove will make their way up the Antrim Coast Road to Glenarm for this one, I suspect.

In the end only two members made the journey to Glenarm, Michael O’Donoghue and Linda Craig. Having completed an ultra marathon the previous weekend followed by a very good time in the Portaferry 10 miler on Tuesday evening, it might have been expected that Michael might rest up a bit. Nothing of the sort! He was predictably on the line at Glenarm and ready for a 10k challenge that was far from routine. Linda Craig, returning to running after a layoff due to injury, ran very well in the Dervock 10k and is obviously on a bit of a roll at the moment. She too found her way to the start line at Glenarm and looked comfortable through the entire race.

The Orangegrove results in the 10k race were as follows:

Well done to both Michael and Linda for representing our club at this great race. The race was won by Brain Campbell in 34.29 and Geraldine Branagh was first lady in 42.18.

Sunday morning was rather bleak on the weather front with driving rain, wind and low visibility, not the best conditions for the Divis 10k race up at Hannahstown which supports the worthy Action on Hearing Loss NI charity. In the right conditions this is a lovely little run. It starts on the tarmac road near the main car park before taking the runner north on to a winding trail which eventually leads to an assault on Divis itself. After the shock of an ascent to 1,568 feet, which will reduce many to a walk, it is all downhill on trail and board walk towards the Bobby Stone, Black Mountain and then via the Collin River Bridge to the finish at the Rangers’ Office. Easier said than done! In poor conditions it will be tricky enough. However, the tail running fraternity are a breed apart and the unfavourable conditions will be regarded as a minor inconvenience rather than as a serious impediment.

The results appeared quickly. Well done to the following who braved the elements today:

The Divis 10k was won by Tan Troeng (OK Linne Orienteering Club) in 38.06 and Paula McAllister (Ballymena Runners) was first lady in 48.01. Over 100 runners took part in this race.

There was also a mini Orangegrove exodus to Wales this weekend for the Scott Snowdonia Trail Marathon which will take place on Sunday 26th July in the vicinity of Llanberis. Read the full race report here.

The news from the Irish Masters’ Athletics Association Irish Championships at Tullamore is rather sketchy at the moment. However, the rumours are that Emma Smith was a fraction off her pb in the 100m and .49 of a second off bronze in the 200m. Stephen Orr ran a very good PB of 2.12 in the 800m.

Jim Harris won gold in the 400m despite having consumed more than his fair share of beer the previous evening. He also won silver in the 200m. Joy McAleer won bronze in the 800m and possibly another medal in the 400m. Jennifer Black took 4 secs off her 1500m pb to finish in 5.00.8 for a silver medal. Very well done to all four in Co. Offaly today!

Parkrun Saturday this weekend was perfect for running, sunny, dry and not too warm. Victoria Park looked its picturesque best and there was definitely still a holiday mood, even if it was a fading one. Prior to the parkrun phenomenon the park at 9.30am on a Saturday morning would have been the sole preserve of the ducks and the odd dog walker. This morning 330 runners gathered for the off. There was even a bit of uncharacteristic pushing and shoving in the ranks as the charge began. One or two over enthusiastic parkrunners nearly joined the ducks in the lake. I am sure the swans, geese and ducks of Victoria Park wonder what on earth is going on and what kind of strange malady has afflicted the park locals in recent years that they seem to be in such a hurry every Saturday morning.

Anyway, there were one or two Orangegrove personal bests to report, but not many. Well done Darren Houston on circulating in 19.49. Darren is running very well at the moment. At both Greyabbey and Portaferry he was looking very strong indeed and perhaps this parkrun pb is not a surprise. Carolyn Beattie too set a very good pb in 21.51 (fourth lady). Andrew Corken (JM11-14) was a first timer this morning and so his time of 30.07 too was a personal best. Well done Andrew! Eventually he will be able to shake off his athletic mother and really fly!

The Welsh tourists were at Penrhyn parkrun this morning prior to the Scott Snowdonia Trail Marathon and Half Marathon the following day. This is a beautiful parkrun in the vicinity of the National Trust property of Penrhyn Castle near Bangor, North Wales. With greater things on their minds haste was not a priority and Liz toured round in 25.47, Thomas in 26.02 and Darren in 26.04. Sharon, quite rightly, didn’t bother! If she did bother, she must have forgotten her barcode because she wasn’t in the results! Mark Williamson was again at St. Helen’s parkrun in Lancashire where he recorded 22.49 (22nd). Well done all and to anybody else who was elsewhere but is keeping it a secret.

The volunteering thing still applies. Get down there and do it. It is actually much easier than running and you will be appreciated. Contact Gerry on belfastvictoriahelpers@parkrun.com. You will not be thrown in at the deep end. You will be shown what to do and how to do it. You do not need a minimum of 5 GCSEs including English and Mathematics. In fact if you have them they could well be a distinct disadvantage!I 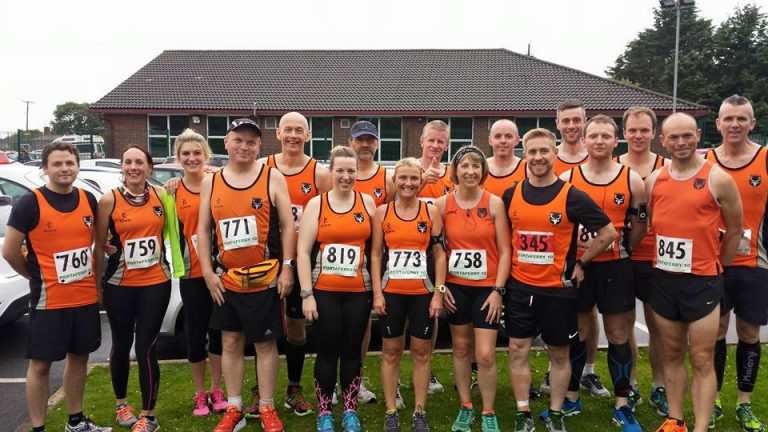 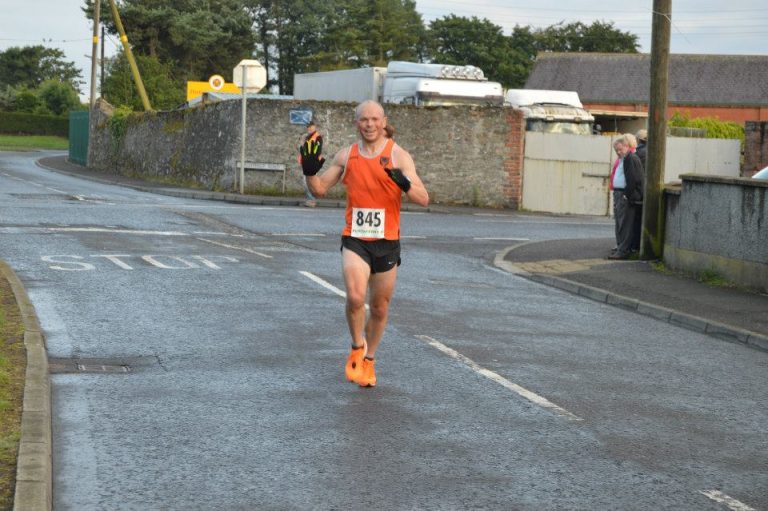 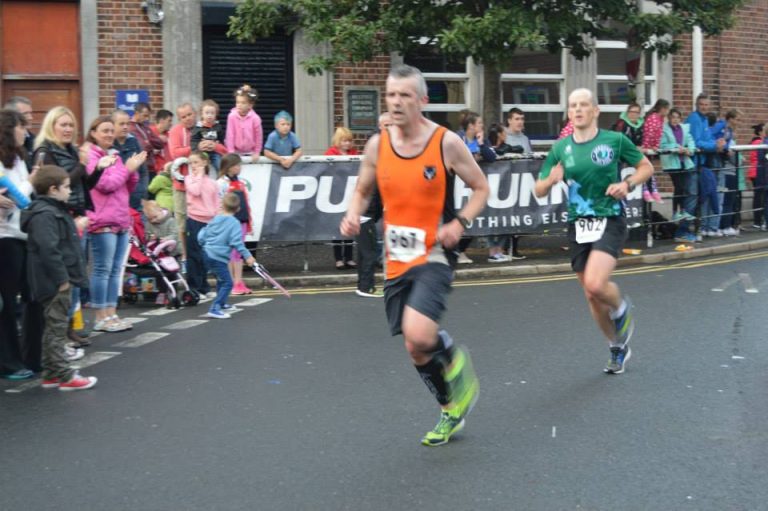 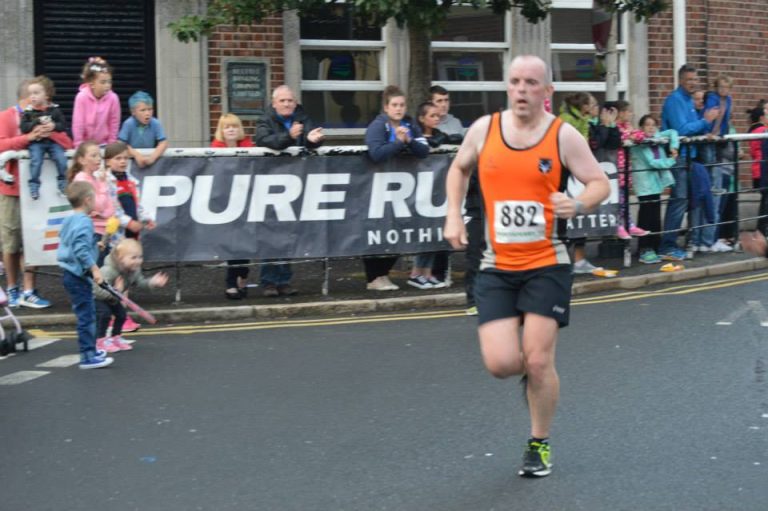 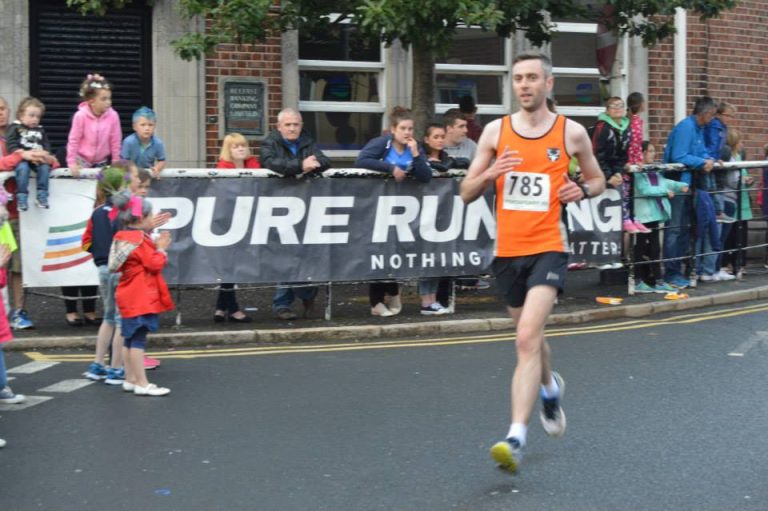 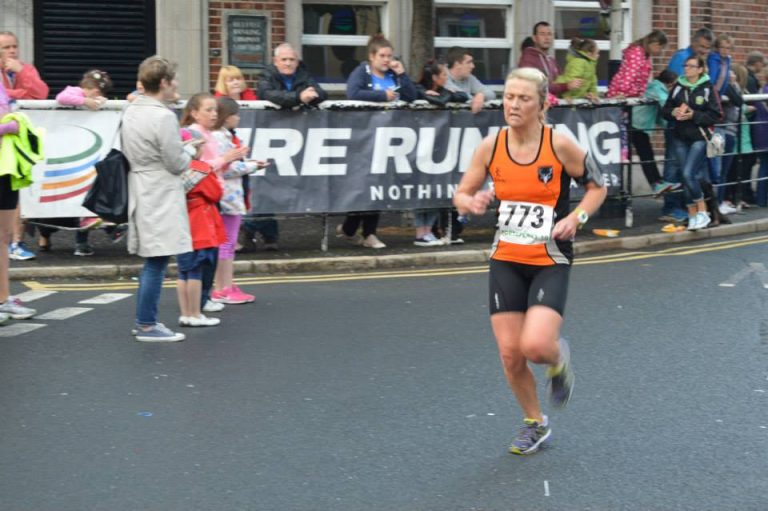 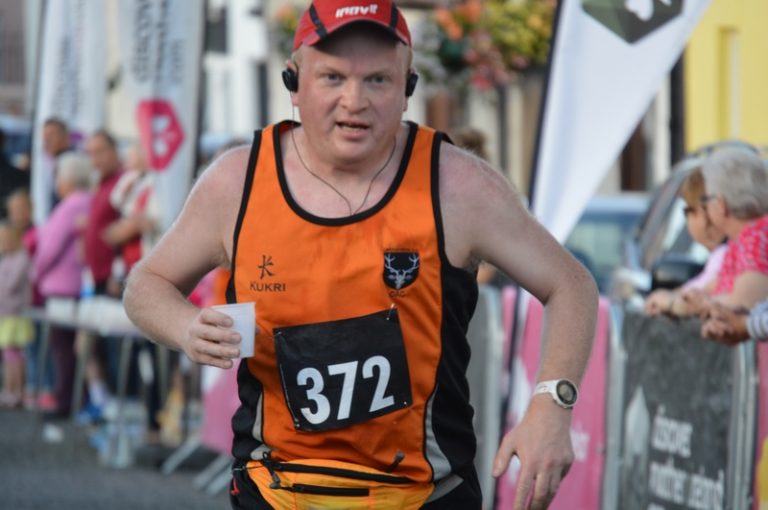 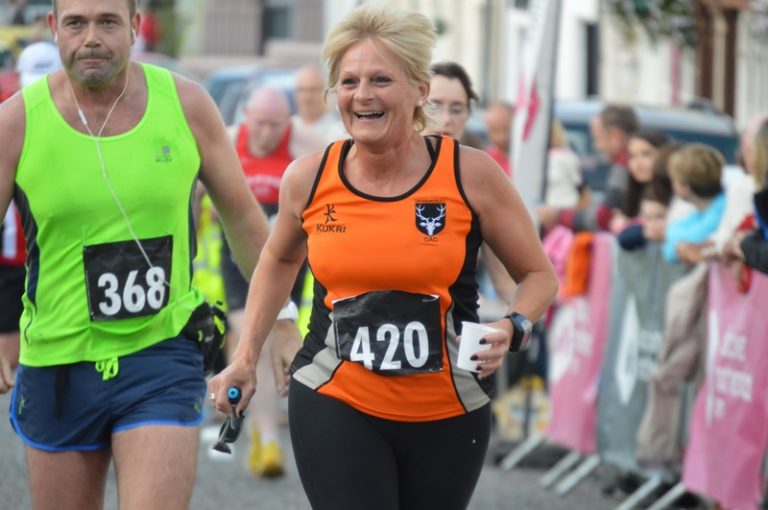 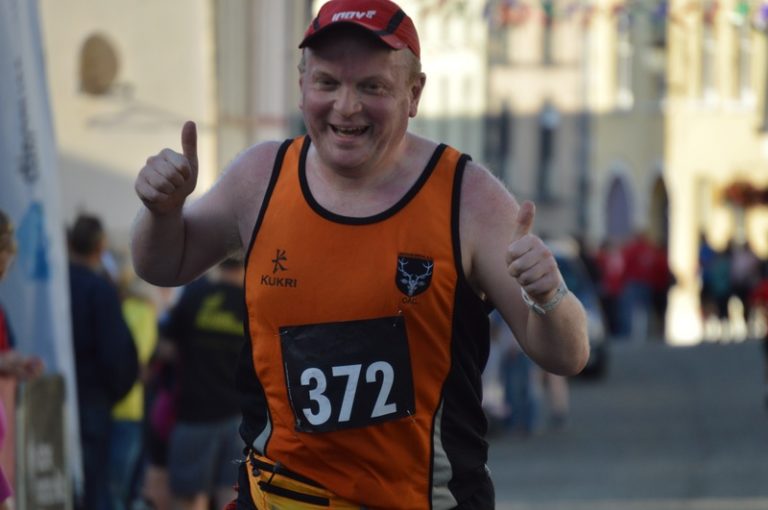 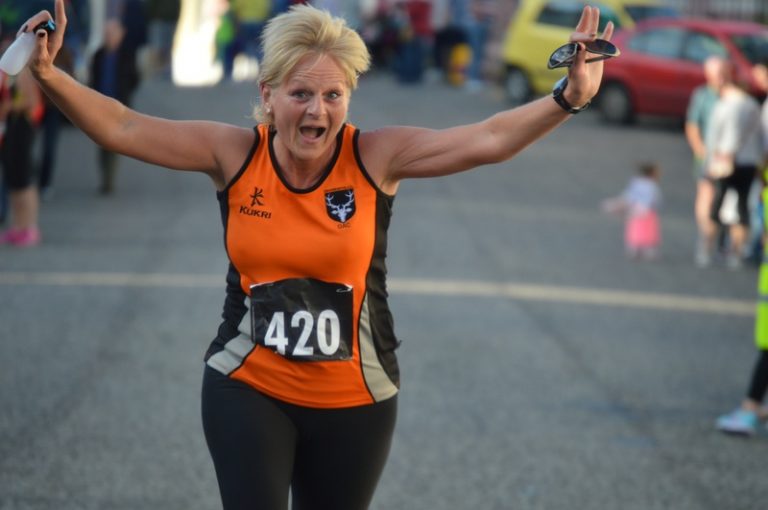 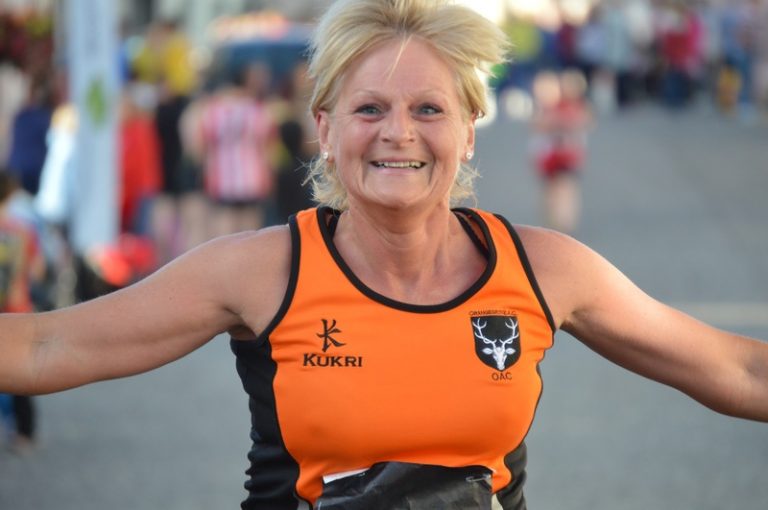 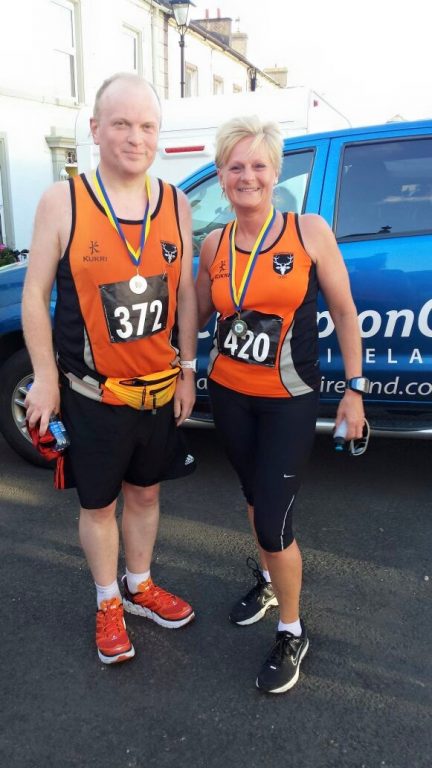 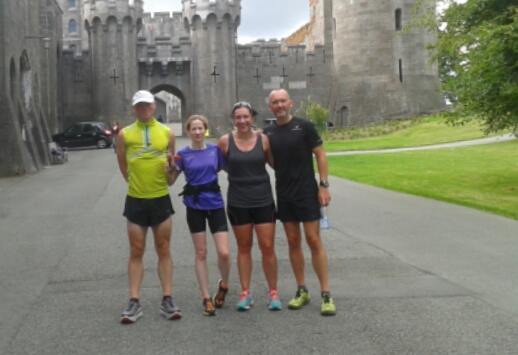 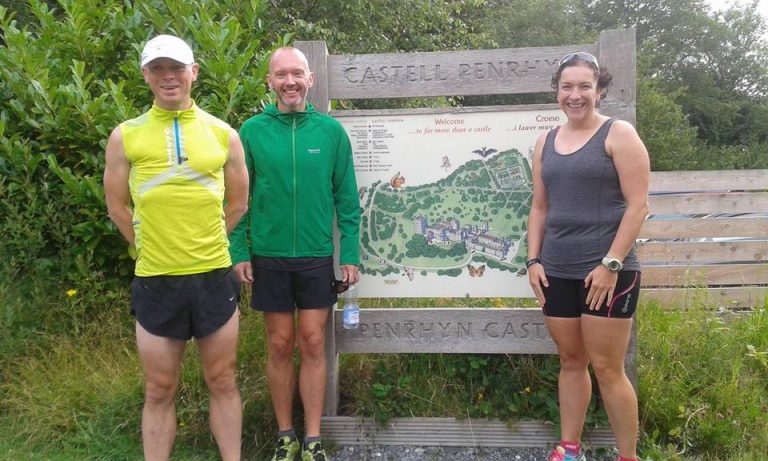 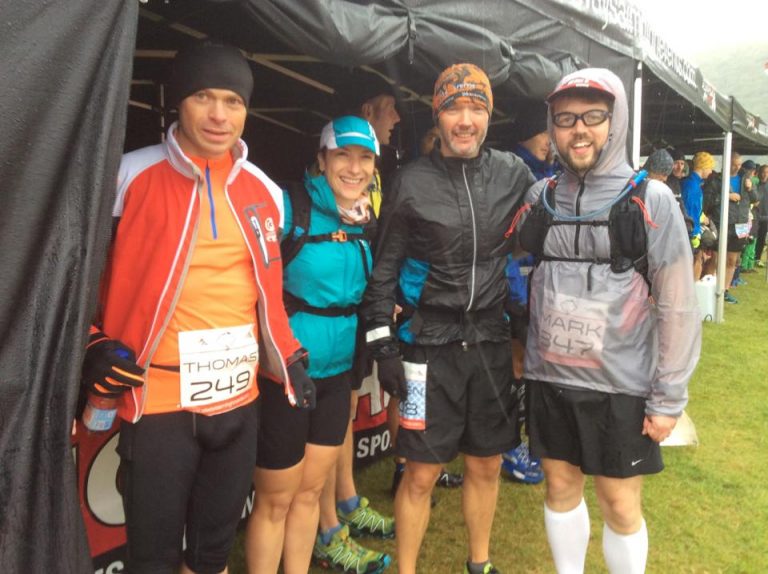 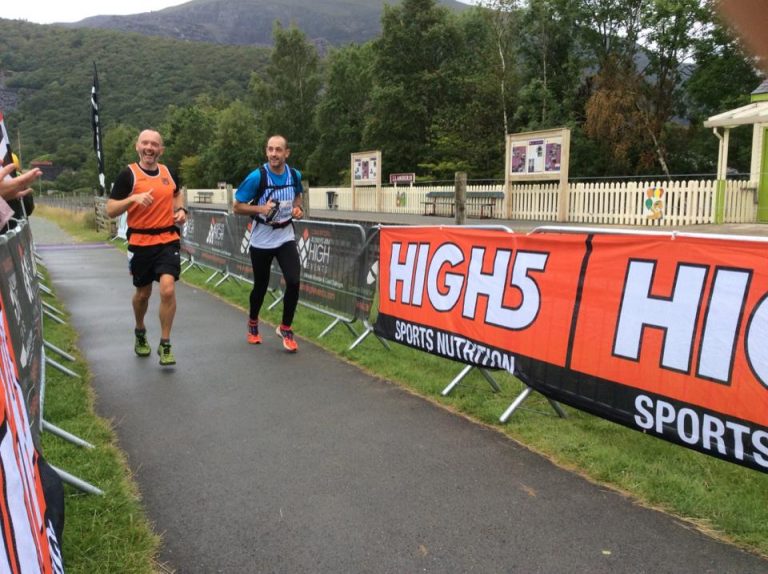 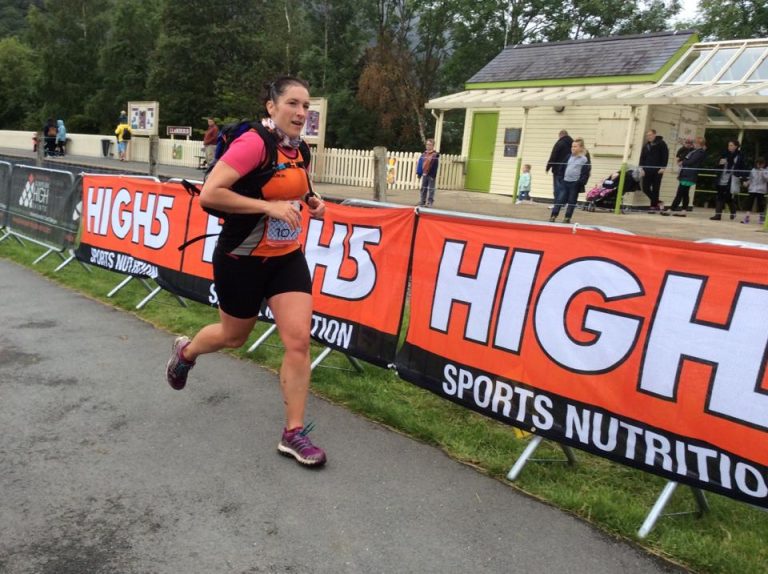 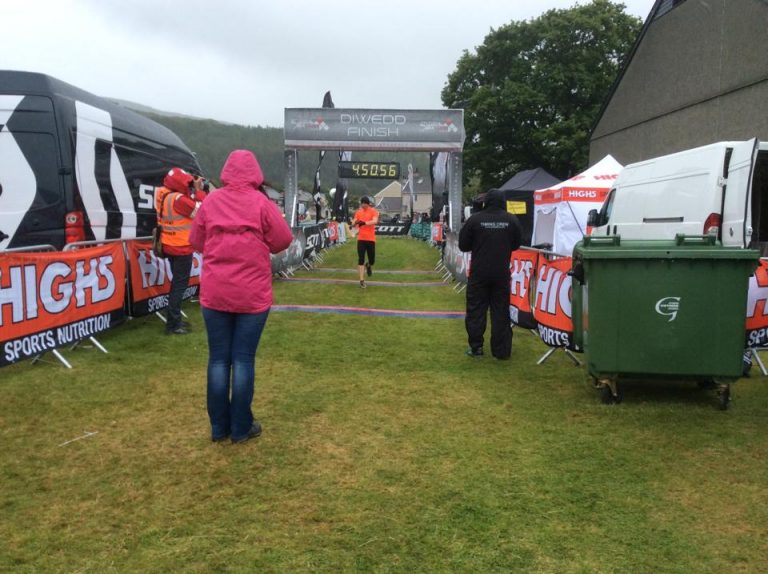 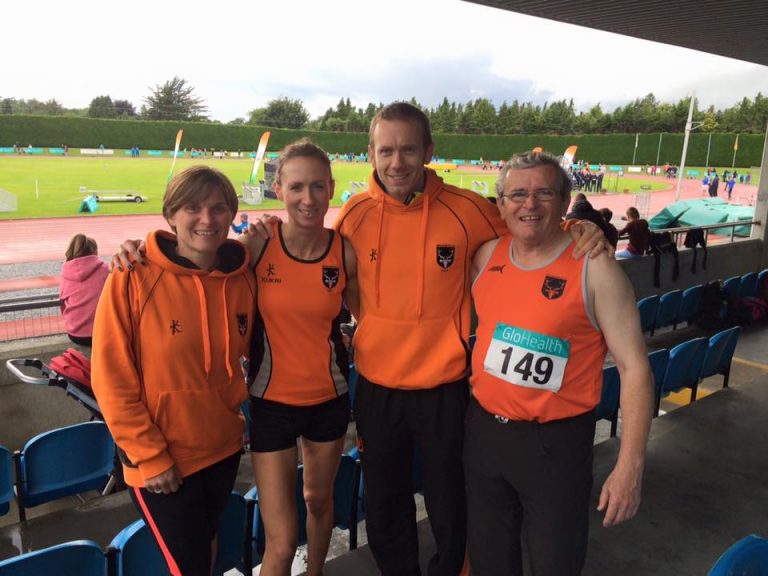