I have the honour of writing this week’s race report. Fear not, this is just a temporary arrangement and normal service will resume next week. Brian Todd is merely in the final throes of his warm weather training/well-deserved holiday. As I type he is currently shaking the sand off his sandals, packing up his sarong and preparing to return to Todd Towers to resume the role of Bard of Orangegrove AC.

I must also apologise for this report being a little later than normal. For those not wishing to read any further (I wont be offended, honest!) you will find everything you need to know here: www.nirunning.com

For everyone else off we go……….

If you went down to Woodburn Forest last Tuesday you would have seen a strong showing of OAC vests amongst the 195 runners in the first of East Antrim Harriers’ annual Forest Trail Series. Read the full race report here.

Variety is the spice of life and if forest trails don’t tickle your fancy Tuesday also saw the second North Down AC Track and Field meeting of the season.

On Thursday past Catherine Fearon ditched the Cinderella dress in favour of more conventional running attire for the Newry Mayor’s 10k. The course for this annual charity event consists of 3 laps of a 2 mile course, 1 mile flat, the other less so. Catherine followed up her recent PB success in the London Marathon with a great time of 55:18.

Victoria Park parkrun continues to pull in the crowds. We often hear about the running family and event number 212 was very much a family affair with 340 runners of all ages and abilities, including several new babies plus a few ‘bumps’ descending on the park for the weekly 5k.

There was of course the added buzz this week as OAC’s Rachel Lyle and Paul Woodman chose to kick off their wedding day with us. Paul charged round the course in 17.50 – 30 seconds shy of his PB and before heading off to tie the knot at Belfast City Hall. We wish Rachel and Paul health and happiness for the years ahead and trust that they are having a fantastic time in Boston.

As you will know I am all for impartiality, but it was great to see Orangegrove AC’s John Craig home first in a time of 17:12, even better to have Jenny Black first lady round the course and 12th runner overall in 19:02! Garry Morrow rounded off the top ten in style with a time of 18:04.

Congratulations must go to Stephen Craig who shaved 10seconds of last week’s time to secure a new PB of 26:19, whilst Elaine McCallister equalled her recent PB of 31:42 – excellent running all round.

Orangegrove Juniors continue to perform well, Rory Hall-Thompson being the first member home, 27th overall, with a time of 20.05. Whilst Benjamin Hall-Thompson’s time of 22:48 was a new PB – well done!

Further afield Orangegrove’s Jill Holland was ‘3rd bird’ (Jill’s words) in the Folkestone parkrun zipping round with a time of 23:29. Jill proudly wore her Orangegrove vest and informs me that the coastal route and post run lollipops more than made up for the ungodly 9am start.

Our members were also making their presence felt closer to home at the Waterworks parkrun, with both Louise Browne (5th Lady home) and Fintan Hurl securing PBs of 23:26 and 25:33 respectively. Another of our club’s power couples; Paul Tyro and Lyndsey Pronger stepped up to the plate to help out Mags and our parkrun neighbours. This once again shows how important volunteers are to making parkrun happen each and every week. New helpers are always welcome and I would encourage everyone interested to contact organisers through the parkrun website. Remember: No volunteers, no parkrun!

Two intrepid OG’s headed to Newcastle for Saturday’s Hill & Dale number 5 – Michael O’Donoghue and Robin Montgomery. Donard is the toughest of the H&D series with a route of approximately 5.2miles and 2700 ft climb & descent. Read the full race report here.

Meanwhile on the other side of the country Paul Gruhn flew round Born to Run’s Surf N’ North 10k at Benone in 54m22secs coming 45th out of a field of 109 – well done Paul!

While the Hill and Dale was no doubt a challenge this week’s Bill and Ted prize for the most excellent adventure does I think have to go to Zoe Ni Dhuinn-Bhig who completed 26 Extreme’s Coast to Coast race at the weekend – a 2 day event covering 211miles from Enniscrone in Sligo to Newcastle, Co. Down.

Zoe and her team mate Joanna Patterson were the only female team to participate and they want to put on record their gratitude to their amazing support crew; Jane Patterson and Mark Sampson. Day 1 included; a 5km beach run, 107km cycle, 27.4km kayak and ended with a 17km cycle. Day 2 started with a 122km cycle followed by a 35km off road run through the Mournes ( the Mourne Way Marathon in reverse) and finished in Newcastle. I’m tired just writing that!

Zoe and Joanna completed the challenge in 23 hours and 15 minutes, placing 6th out of 9 teams. What is Zoe planning next?

The week concluded with North Belfast Harriers’ Afternoon of 5,000m Personal Bests at the Boys Model School which consisted of 6 paced races with different target times. The event was well supported by the club with impressive times all round.

OAC’s Jenny Black was the fastest lady in 18:46, Dromore AC’s Geraldine Branagh took the second spot with a time of 19:29 followed by our very own Leanne Gibson in 19:45. Thomas Leitch and Chris Downey, running in Race 2 secured times of 18:47 and 19:05 respectively. Stephen Orr followed his Belfast marathon success completing the distance in 19:31, closely followed by Ray Leitch in 20:19. The one and only Hugh Young was well on target in Race 5 with a time of 25:16 – what a legend! Congratulations to the organisers and volunteers for laying on such a successful event.

In addition to the above events we as a club also benefit from club training throughout the week, thank you to the coaches for making these sessions plus Jog Belfast happen.

I appreciate Brian’s weekly reviews even more as a result of pulling together members’ varied activities for this single edition of the report. I also didn’t fully appreciate just how many different events and races are held across NI, there is something for everyone out there. This experiment has also confirmed just how adventurous/dedicated/crazy our members are!

Thanks to those who have supplied information and pics from the various races, including the Hill and Dale Series. Hallelujah too for the work of Ryan Maxwell and the NIrunning website.

If I have missed anything out please let me know and I can include/amend as required. In the meantime whatever you are planning this week have a good one. I particularly hope that Brian Todd had an enjoyable break – because I am confiscating his passport! 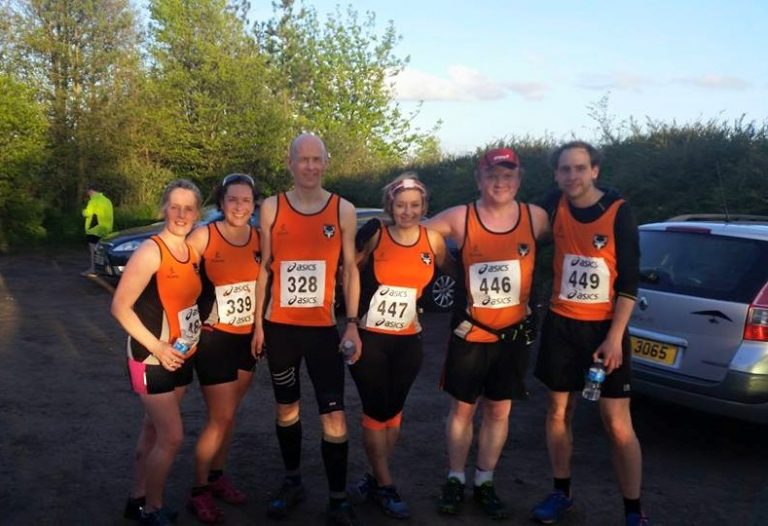 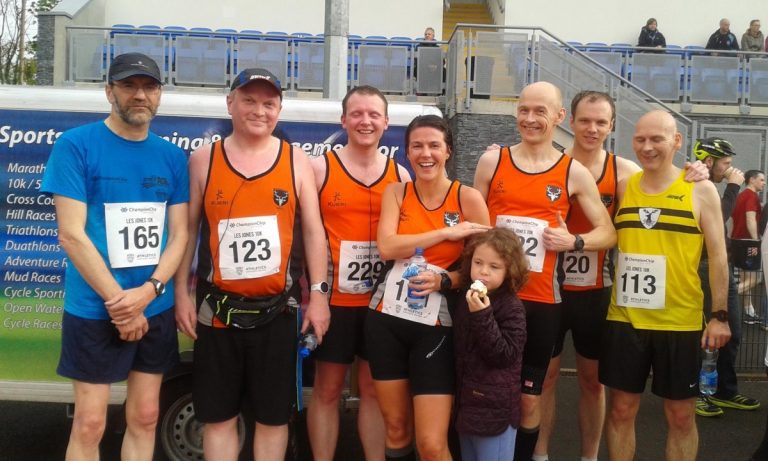 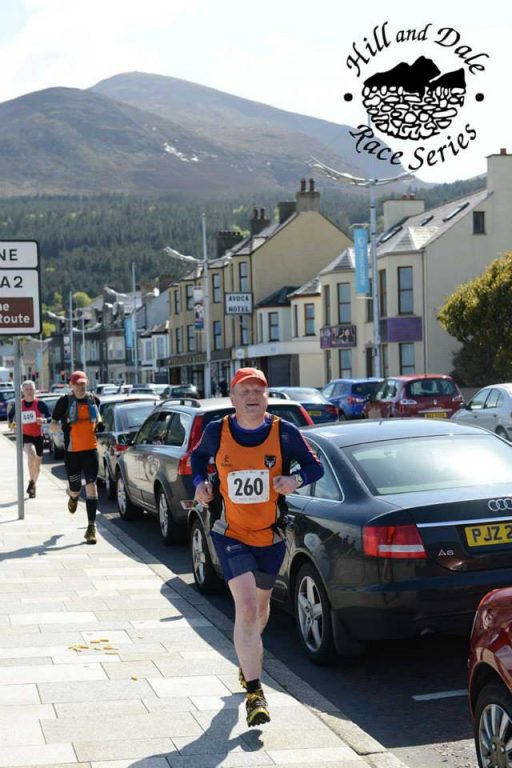 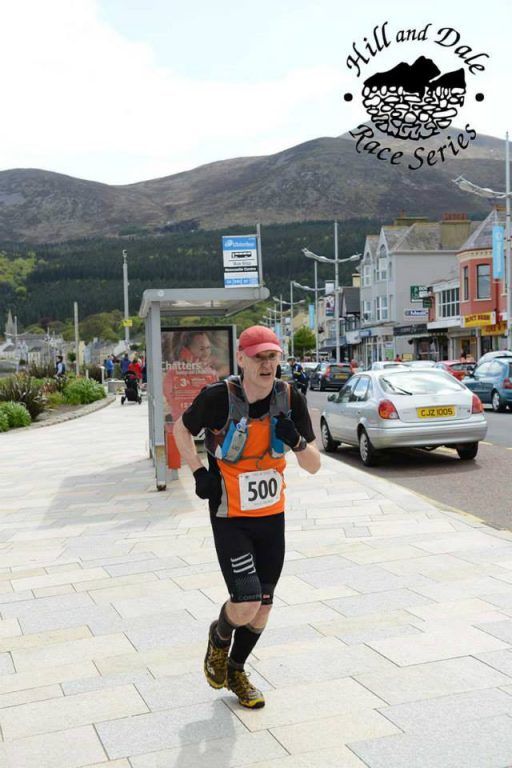 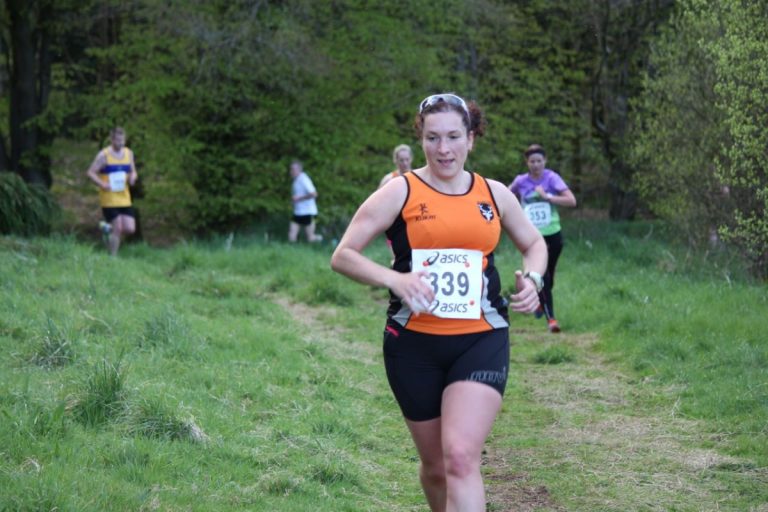 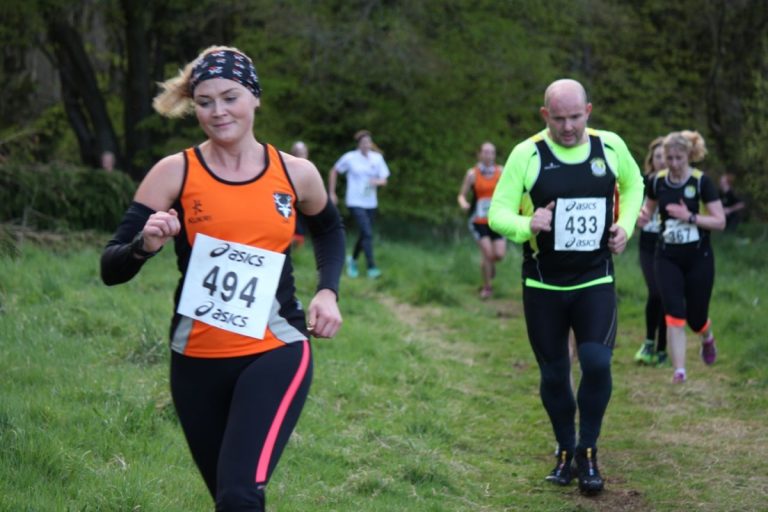 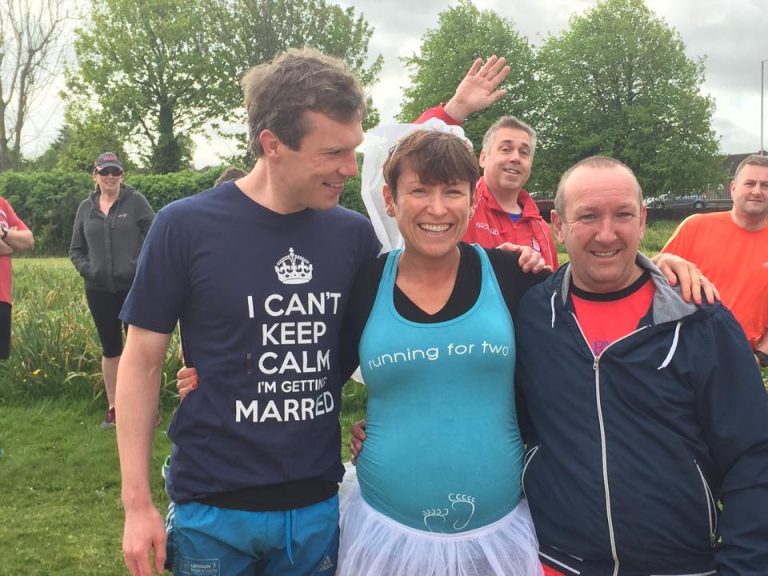 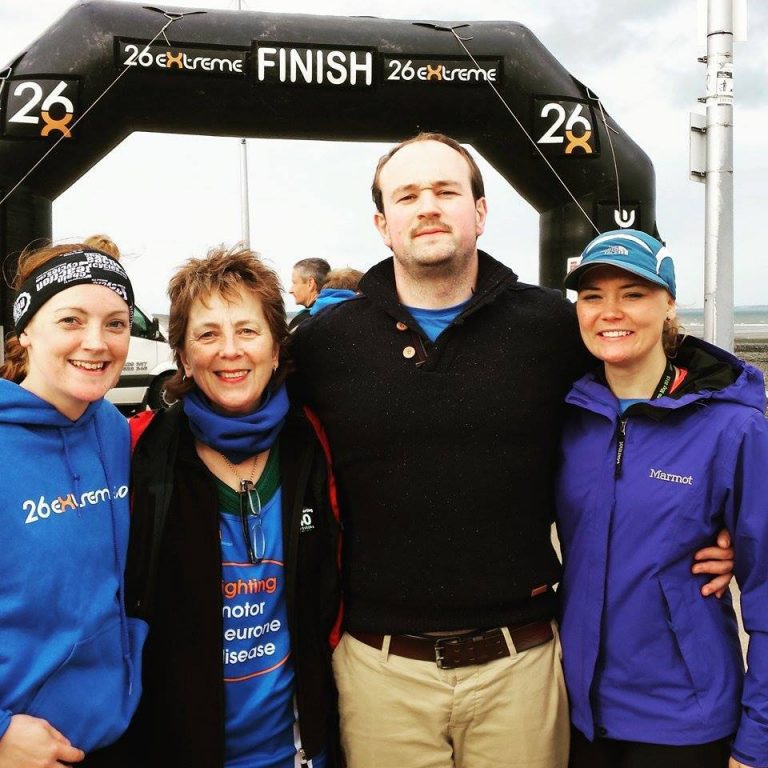 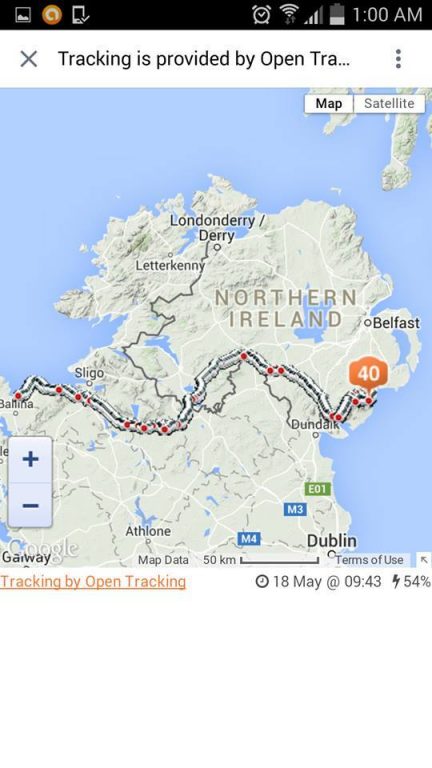 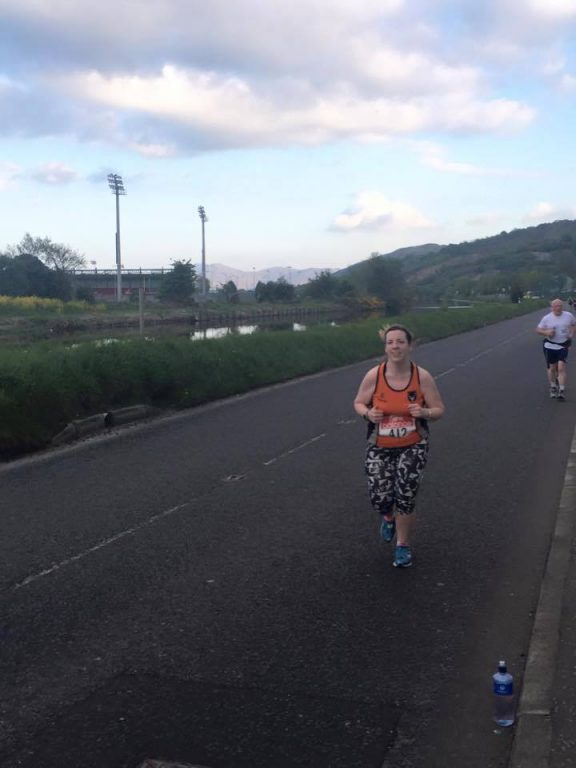 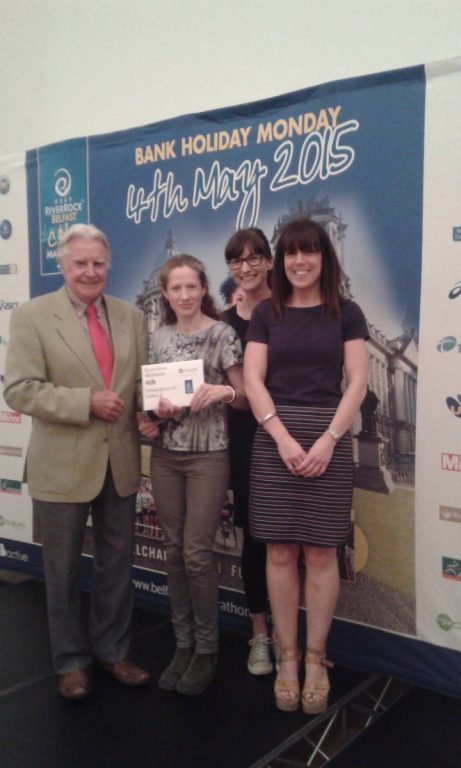 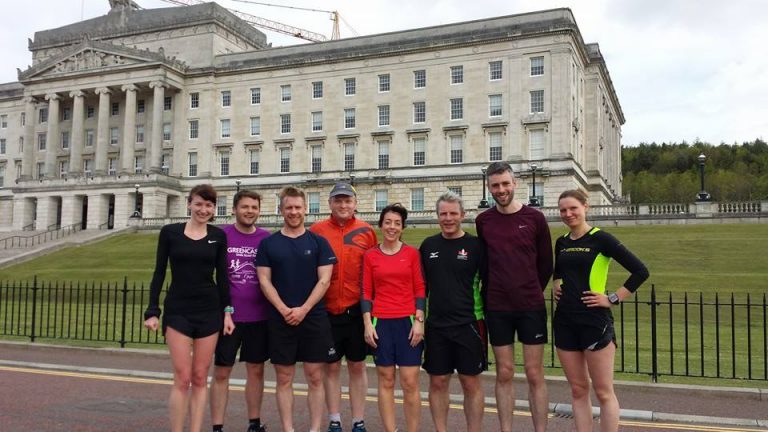