A significant contingent of Orangegrove members made their way into the hills above Larne on Saturday morning for the NiRunning 5 mile trail race in the vicinity of Killylane Reservoir and Ballyboley Forest.

Also on Saturday the versatile Paul Woodman plumped for the Kirkistown Race Track Duathlon at Kircubbin, Co. Down. All you need for duathlon is a pair of trainers and an expensive bike. Battered mountain bikes will not do! Duathlon involves a two mile run, a ten mile bike ride followed by another two mile run; easier said than done! The event was chip timed by ChampionChip and the results indicate that Paul finished in 6th place overall in a field of 24. His initial two mile run was done in 11.54, the bike ride in 29.17 and the second two mile run in a very speedy 11.14 (?). Very well done indeed Paul Woodman!

While on the subject of Paul Woodman we forgot to point out last week that he was first finisher (winner?) of the Bangor parkrun in an impressive time of 18.35. From what we hear, he better enjoy all this running and duathlon while he can, because the future threatens more mundane chores. He should speak to Garry Morrow!

Easter Sunday brought the Ballygalget 10k road race in the southern Ards peninsula between Portaferry and Cloughey, an East Down Athletics Club event. The reliable pair of Paul Tyro and Lyndsey Pronger provided the Orangegrove representation on this occasion, and very efficiently too. Paul finished in 3rd place overall on 38.20 and Lyndsey was ‘first lady’ in 40.19 (8th place altogether). The results show that Herbie Herb (North Down AC) finished the race some 27 seconds behind Lyndsey, in 9th place. We suspect that on this occasion Terry decided to simply appreciate the ‘scenery’ rather than to risk life and limb attempting to get past the Orangegrove star.

Blistering Easter Monday brought the Whitehead 5 mile road race and the Miles for Muscles 10k in Kilbroney Park, near Warrenpoint. The Whitehead Road Race is a wonderful event and one that demonstrates superbly a small local community pulling together to provide a significant challenge for, as well as a warm welcome to, the running community. The course around this beautiful Edwardian town is not an easy one. It involves three laps of a mainly urban route which takes the runner from the town centre uphill to the main Carrickfergus to Larne Road and then downhill along Cable Road to the start. The main challenge for the runner is the very significant uphill climb along the aptly named Slaughterford Road. This was the 91st running of the Whitehead Road Race, making it one of the oldest road races in Ireland. For the record the race was won by Willowfield’s Paul Rowan in 26.20. Andy McIntyre led the Orangegrove contingent home in 30.11 (12th place overall), followed by Brian Todd (33.16/age category prize), Alan Montgomery (40.51) and Paul Gruhn (40.56).

All of us were both amazed at and very grateful for the post-race hospitality provided by the Whitehead Community Association, and it was especially pleasant to have our own Gary Keenan there as ANI President to award the main prizes. The indomitable John McKeag, now in his early nineties, who first ran this race in the 1940s, awarded the veterans’ prizes. Those of us who were running at Whitehead appreciated the support we received around the course from Liz and Thomas Leitch and from Michael O’Donoghue who, amazingly, didn’t don the orange vest on this occasion. We wish him well next weekend in his Connemara ultra. May the running gods be with him and take care of him!

Meanwhile in the south of the Province, in the shadows of the Mourne Mountains at Kilbroney Park, local girl Catherine Fearon and the Cheshire lass, Verity Cornford, were taking part in the Miles for Muscles 10k on a gruelling route in the Mournes foothills in the vicinity of Slievemartin, Slievemeen and Slievedermot. There are probably easier ways to spend Easter Monday. The results indicate that both ladies finished together in 1:06:45. It was noted that Andy McIntyre, romantically attached to Catherine, boasted a collection of unlikely excuses to avoid this one in favour of the much less demanding, and certainly better provisioned, Whitehead run.

There was a full round of parkrun on Saturday 4th April, 2015. Martin O’Brien, paced by Chris Downey, set a very significant pb of 20.47. Very well done indeed, Martin. You will now spend the next two years attempting to better it! The other Orangegrove personal bests at Victoria Park parkrun were Colin Sykes (23.35), Fintan Hurl (24.04), Kirsty Buchanan (26.14), (Kirsty seems to set a pb every time she runs!) and Stephen Craig (27.03). Well done too to Orangegrove first timer Mia Montgomery (JW 11-14) who circulated in 39.22. At Carrickfergus parkrun Thomas Leitch was second finisher (2nd) in 19.17. He then rode his bike up a mountain to Ballyboley Forest to urge Liz on at the trail race! Love is…?

(Thanks to John T Glover and Ballygalget GAC for the photos) 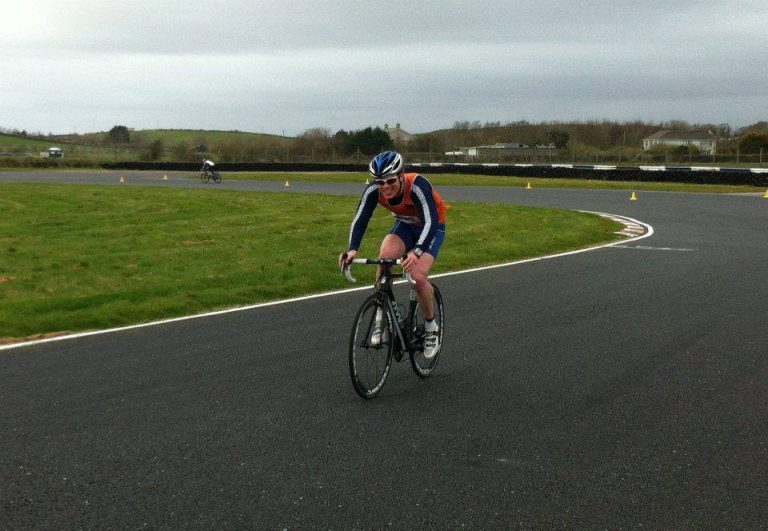 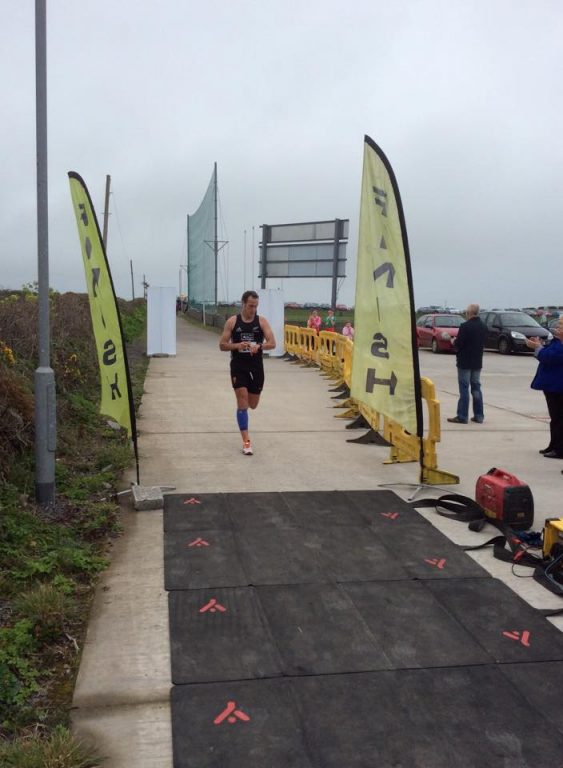 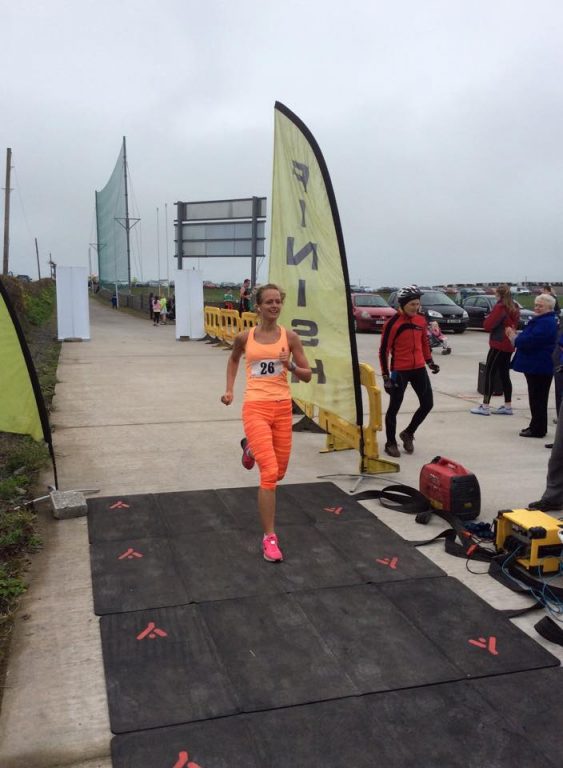 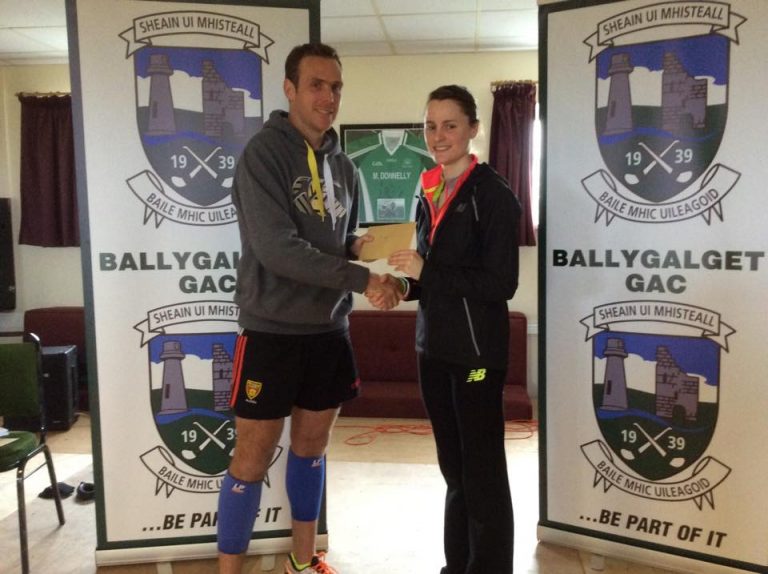 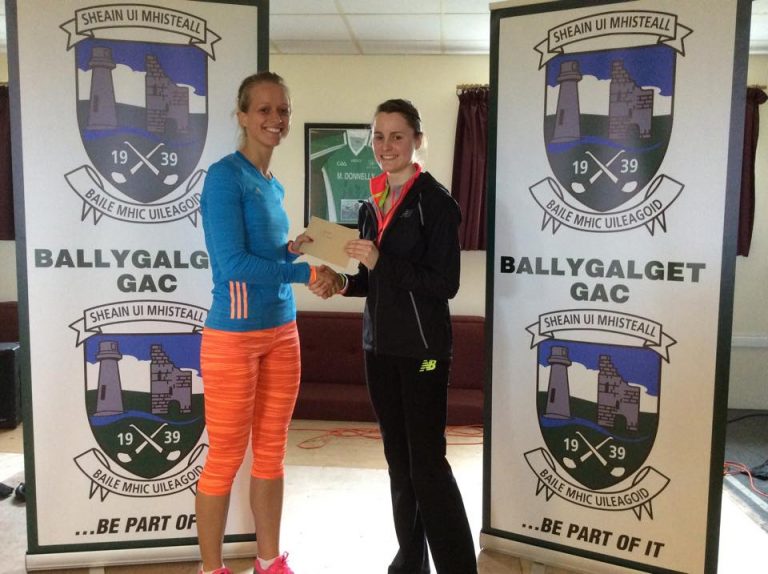 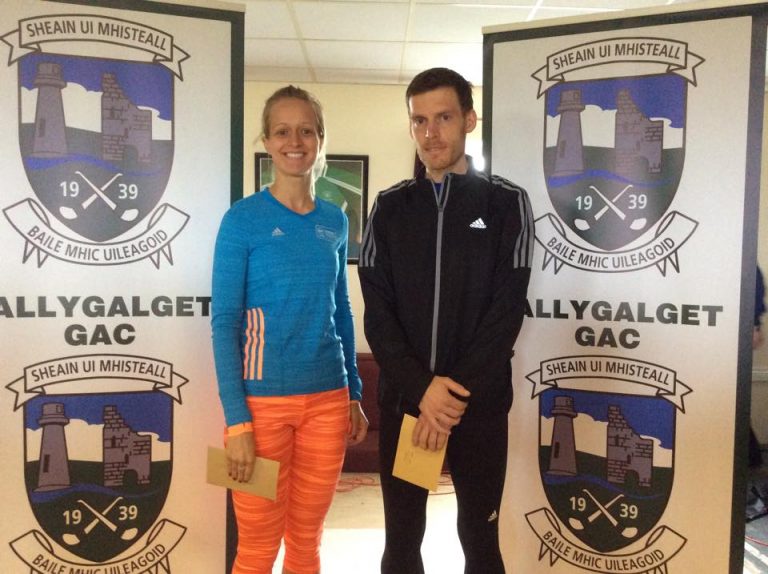 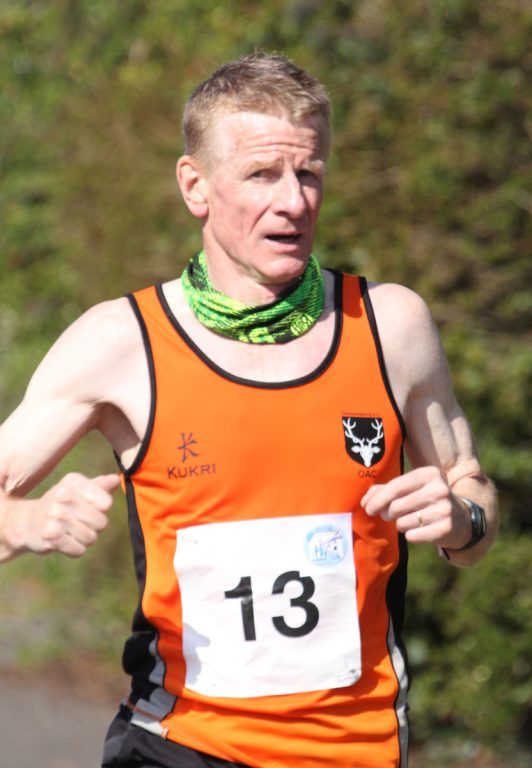 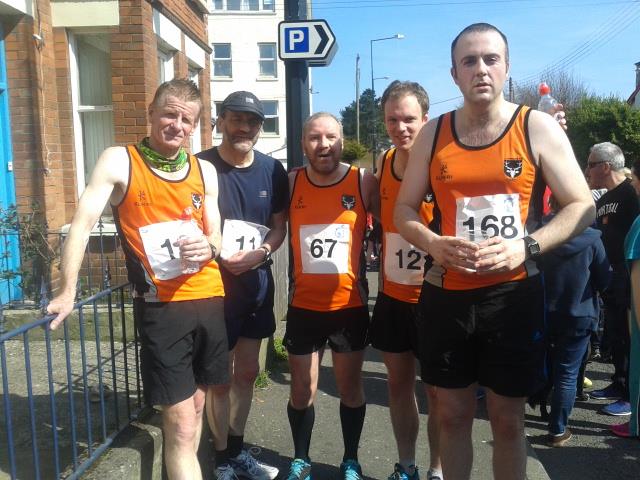