This is traditionally a very busy period. The spikes have been decommissioned for another year and the improving early spring weather usually heralds the beginning of the road racing season. Members of the Club took part in a variety of races over this holiday weekend, from Glenariff to Magherafelt and from Downpatrick to DUNE, not forgetting the Spar Craic 10k in Belfast on St. Patrick’s Day itself. The intrepid Michael O’Donoghue was in Tralee, Co. Kerry, for the Tralee International Marathon and the sprinters were in action at the Athletics Ireland Masters’ Indoor Championships in Athlone.

Paul Woodman, never one to choose the easy or mundane option when it comes to his races, decided to head to the Glens of Antrim on Saturday for the Glenariff Mountain Race, an off road/trail race of about 6 miles in the Glenariff Glen at Waterfoot, in which participants reach over 1100 feet in height. Conditions were ideal for the race and Paul gave his usual accomplished performance to finish in 37th place out of a field of 76 in 57.25mts, his mile average being 9:43.7. The race was won by Seamus Lynch in 42:36.

Meanwhile, Thomas Leitch was in South Derry to take part in the Magherafelt Harriers 10k Classic Race. Although a Belfast boy himself Thomas, betrothed to a Maghera girl, is a regular visitor to this area and he and Liz are ardent supporters of races in the locality. This race was organized in team format, with Thomas representing the one-man team of Orangegrove Athletics Club. However, his journey was worthwhile and he finished in 20th place out of a field of about 70 on 39:05. He also won an age category prize to cap an excellent day.

Sunday was dominated by the cross border linear half-marathon from Newry to Dundalk and by the popular Jimmy’s 10k race in the Downpatrick area. Six members travelled to Newry for DUNE. Gary Morrow was in scintillating form despite a strapped knee. He made light of the infamous Newry Hill and headed south to Dundalk in the leading pack, eventually finishing =7th/423 on 1:19:22. Tremendous running on the day. Anne Moore, clearly benefiting from her marathon group training, sped past Brian Todd at mile 11 with a cheery aside and finished the race on 1:38:12. Brian Todd, who thoroughly enjoyed the novel experience of running into his home town, was a few places behind on 1:38:25. Sharon Dickenson was pleased with a two minute personal best at this distance, although it was noticed that she cursed her actual time of 1:48:11. No pleasing her! Kerris Hamilton and Verity Cornford finished together on 1:54:29 and 1:54:30, well below the two hour mark and representing personal bests for both girls. Verity was heard to mutter, ‘God, I loved that, roll on Larne!’ (or words not quite to that effect!). This was a very well presented and executed race in which the organisers dealt efficiently with the problems that inevitably arise when the finishing mat is thirteen miles away from the start and, indeed, in another jurisdiction.

Jimmy’s 10k starts in Downpatrick town centre before taking the runner on a hilly ecclesiastical tour as a preliminary to a scenic few miles along the Quoile estuary and back. Jimmy’s is probably one of the most prestigious 10k events on the calendar and usually attracts a huge field, this year well over 600 including three international athletes, Gideon Kimosop, Vincent Kiprotich and Seelinah Kangogo. Andy McIntyre was the leading Orangegrove male runner to cross the finishing line on 38:15, an excellent performance which delivered 32nd place overall in a field of 631. Joe Craney finished on 39:45, Chris Downey on 40:10, Mark Williamson on 46:15, Martin Doherty on 48:20, Fintan Hurl on 53:07, Paul Gruhn on 53:07, the heavily bearded Alan Montgomery on 54:02 and the evergreen Eoin Woodman on 1:04:20. Orangegrove ladies were equally impressive. The rapidly improving Louise Browne, undoubtedly a star of the future, was OAC ‘first lady’ on 46:21. Linda Craig enjoyed her day on 51:31 and Catherine Fearon crossed the line on 54:57. Jackie Grant, with the Larne half-marathon on her mind, looked impressive on 56:06 and Kathryn Morrow, attempting her first 10k race and only her third race in total, finished on 1:00:23. Well done too to Anne Devlin who also enjoyed her tour of The Lecale on 1:04:46.

Michael O’Donoghue, still tapering for his forthcoming madness (next month’s 39.3 mile Ultra Marathon in Connemara), completed the Tralee International Marathon in Co. Kerry in 4:08:05. He now has to drive home! All of us at Orangegrove love him dearly, even if one or two of us do think he is a little deranged.

The news from Athlone was good. The OAC sprinters were in Co. Roscommon (or is it Co. Westmeath?) to take part in the Athletics Ireland Masters’ Indoors Championships. Particular congratulations to Jim Harris (M65) who won two gold medals, at 400m and 800m. Joy McAleer won silver in the W50 800m and Emma Smith secured personal bests in her events. Very well done indeed.

St. Patrick’s Day itself brought the Spar Craic 10k, beginning at Belfast City Hall and taking in the city centre and west Belfast before finishing in the Titanic Quarter. Two OAC athletes sported the orange vest on St. Patrick’s Day, Thomas Leitch and Julie McKimm. The ticker tape is already flowing and it is a personal best at 10k for speedy Julie McKimm on 44:31. Thomas, in his second 10k race of the holiday period, covered the distance in 38:40, about half a minute quicker than he managed at Magherafelt. The Craic results are as yet unavailable and those published are unofficial.

It would be amiss not to mention Saturday morning’s parkrun razzmatazz at Victoria Park. Well over 300 runners gathered for the weekly parkrun, a significant proportion of them graduands of the latest Jog Belfast scheme run by Orangegrove Athletics Club. What a magnificent concept this is, in taking a large group of willing and hopeful enthusiasts from the couch to 5k in 10 weeks and, in the process, promoting fitness, agility, self confidence and, not least, fraternity. Very well done indeed to Darren Marshall and Gary Keenan and the club volunteers for facilitating this important venture, and to the graduands too for their effort, commitment and good humour. Long may it continue!

Grateful thanks to all those who provided photographs… NiRunning, Stephen Craig, David O’Brien and a host of others. 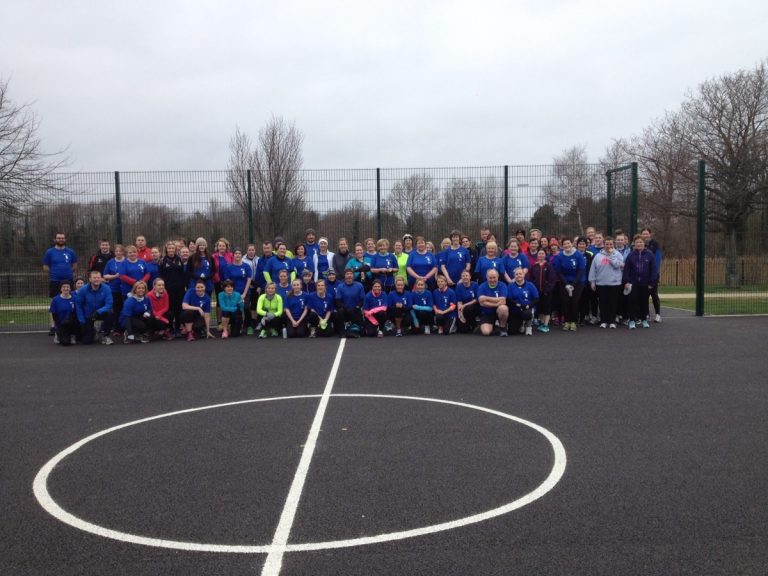 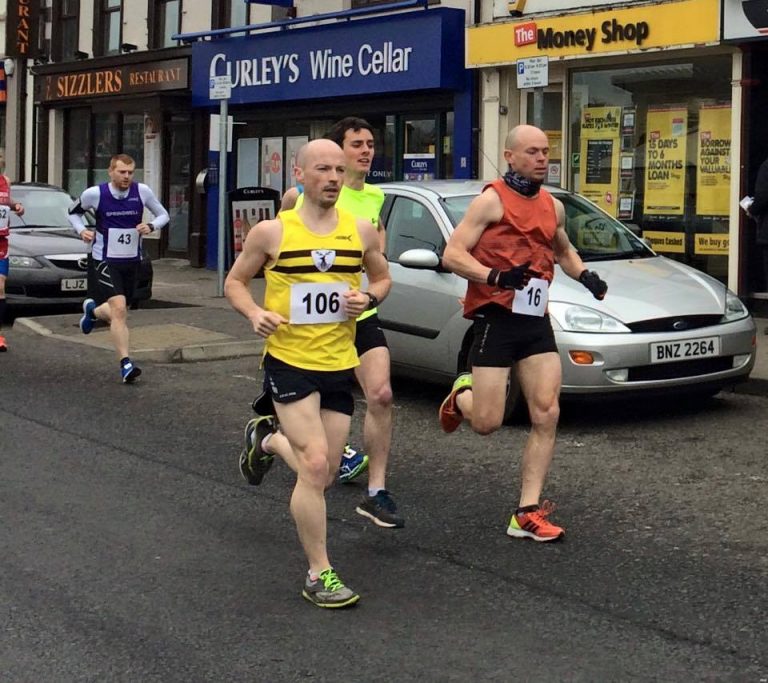 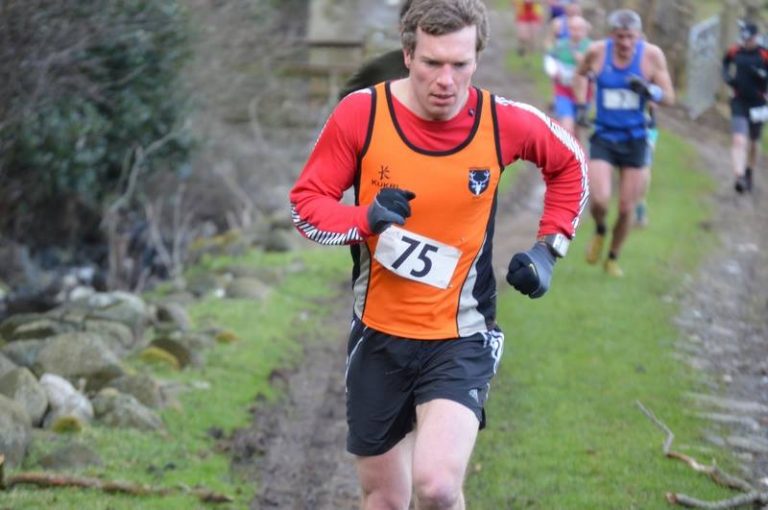 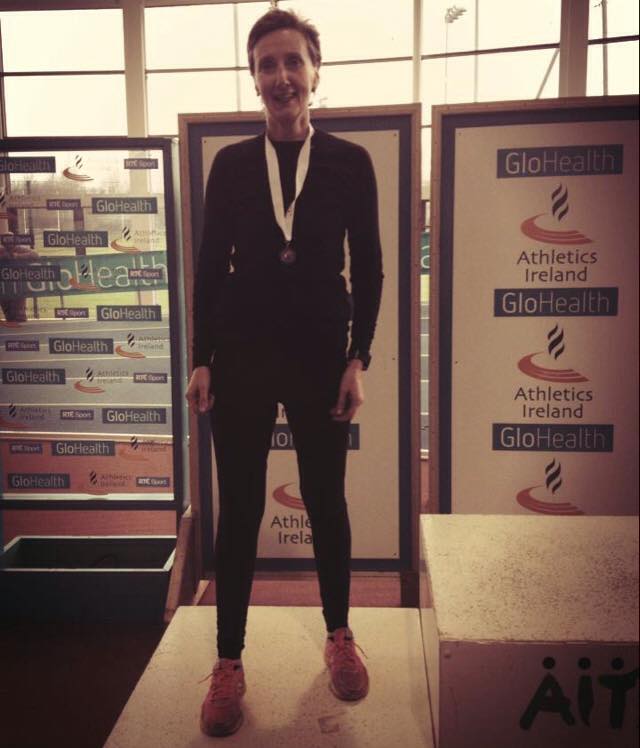 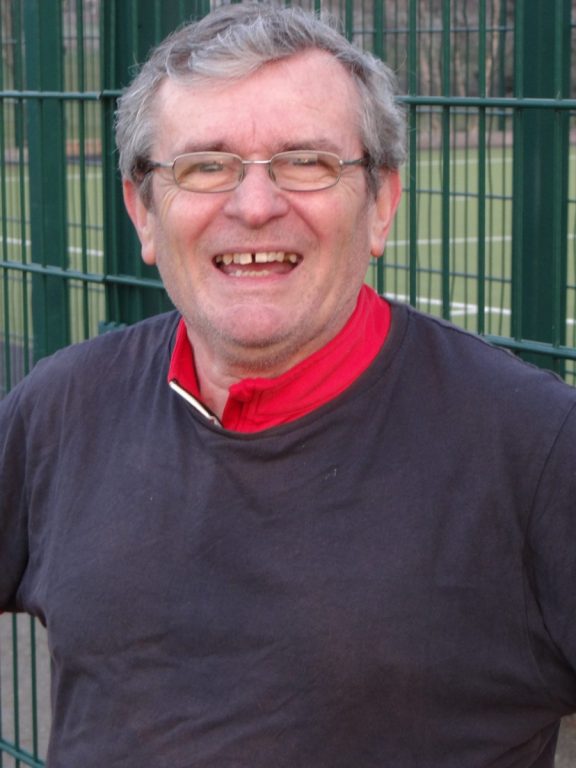 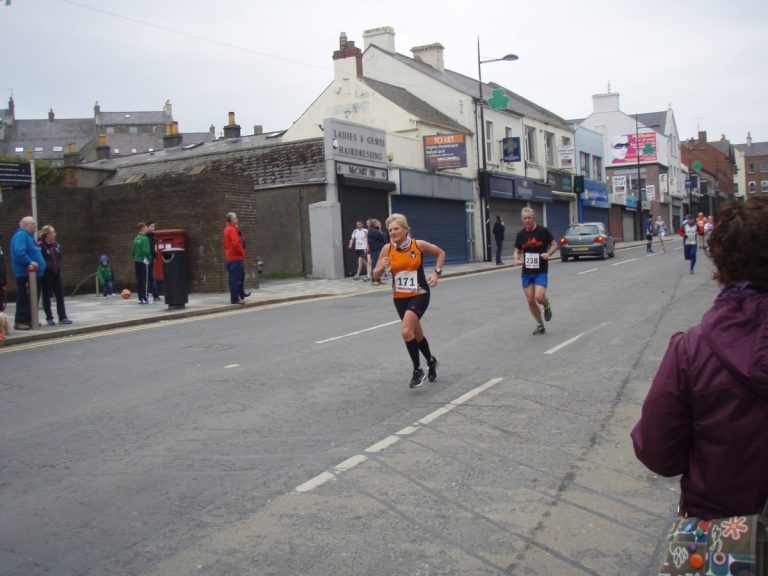 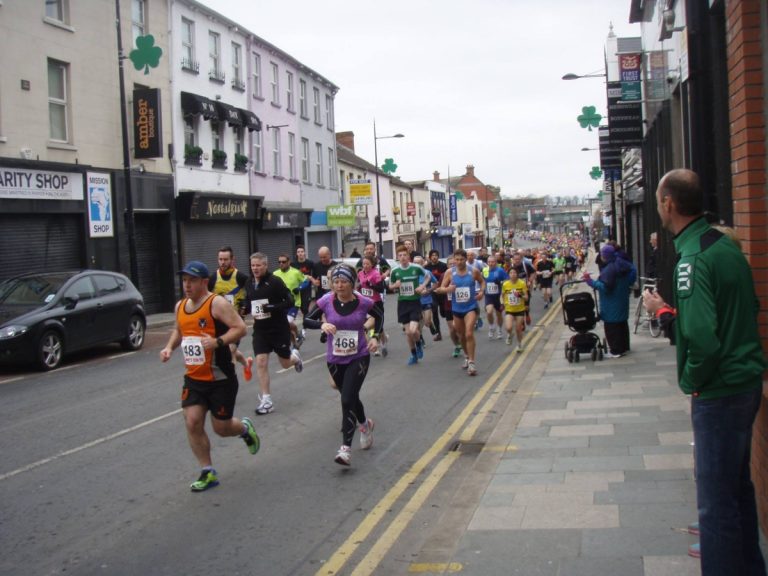 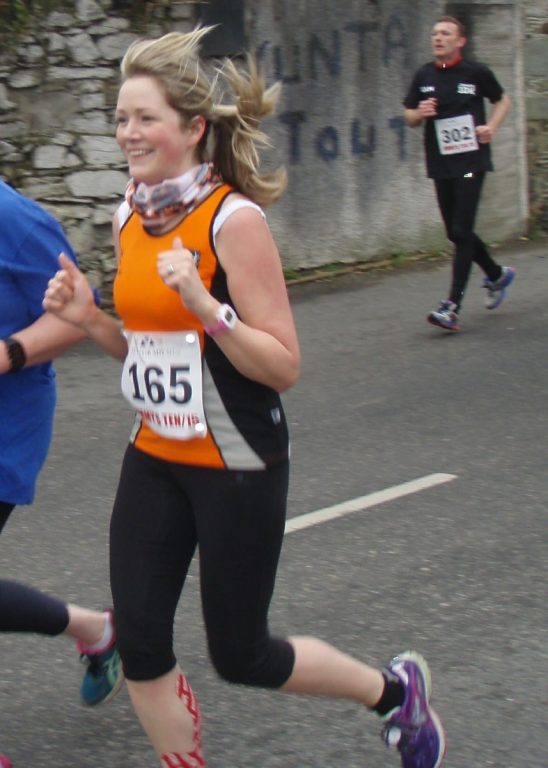 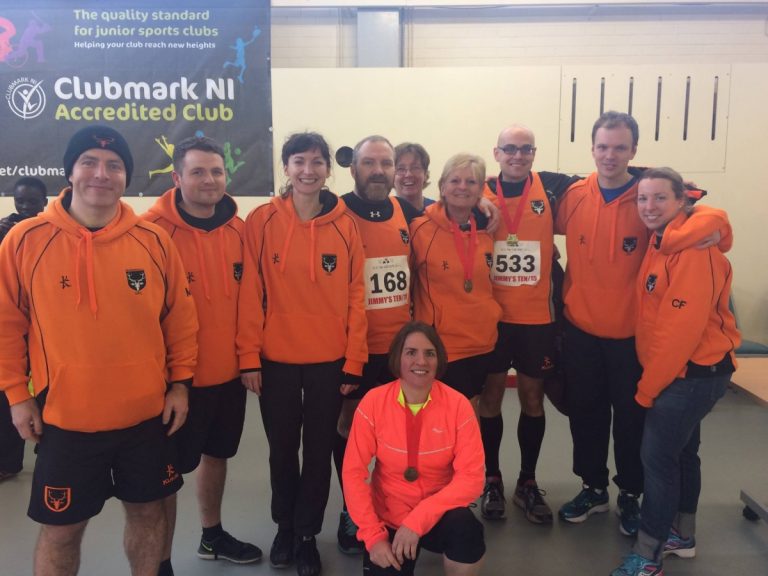 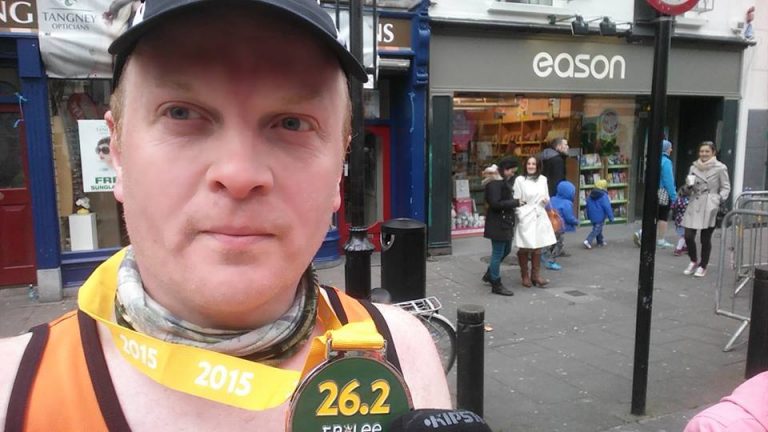 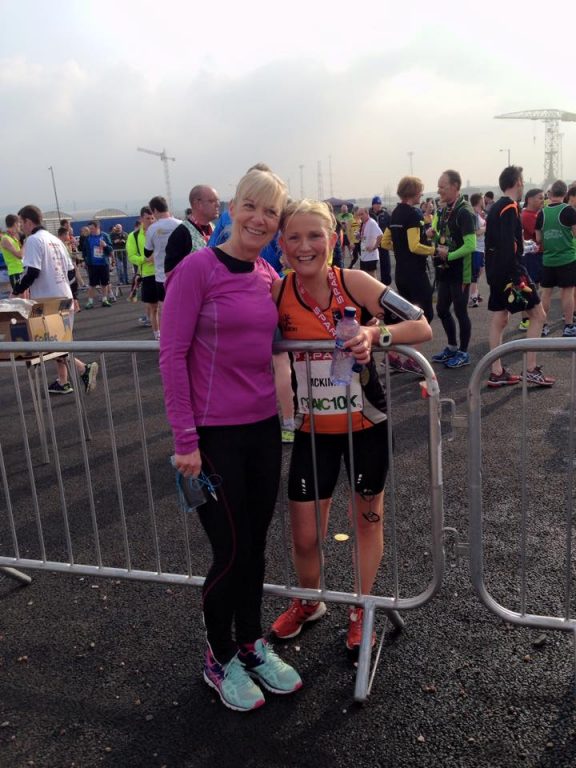