Queen’s ‘Round the River’ 5K

The Queen’s University ‘Round the River’ 5k is one of those races you do because it is there and on the calendar rather than because you enjoy doing it. Well, over 650 turned up this year! You don’t get much time to view the river either. It is fast and furious and the congested start inevitably sees someone bite the dust, forcing the rest of us to hurdle rather than to sprint.

At turn one, at the Ormeau Bridge, a few curious pedestrians and children who have wandered too close to the action usually become the first casualties of the evening. And then it is over almost before it has begun. This year it was won in the fabulous time of 14.43 by Paul Pollock.

Most of us were a little more sedate around the rectangle bounded at each end by the two bridges, Ormeau and King’s. The big debate on the evening was… base layer or no base layer? Those who threw caution to the wind and went without were probably better off by the beginning of the second lap. The following times were recorded by Orangegrove members, although there has been some suggestion that all was not well with our dinky little ankle bands on this occasion, and some times are still in dispute. But, does it matter? Not really… and most of us will run another day.

Great to see Joe Craney back in action, and well done too to Des Fahy who consolidated his recent Ormeau parkrun PB with a very good time on the night. Michael O’Donoghue was flying. He usually claims he does not enjoy the fast and furious. Tonight he showed he can handle that too with a significant PB. Paul Buchanan turned up to support his wife and then found himself running the race attired in a selection of borrowed kit under the name of Paul Gruhn. It will be a bit easier next time, Paul.

Amongst the ladies, Leann Gibson was speedy as usual. Liz Leitch got round her favourite distance (not) without an emotional breakdown, and Jacqui Maxwell took home some of the organizers spare cash for an age category win. Well done! Louise Browne continued her transcendence and very well done indeed to both Kirsty Buchanan and Hilary Bradshaw on their first competitive races in Orangegrove vests. The both certainly suit orange and black. Great runs too from Iseult Fahy(FJ) and Aileen Emerson, also, I think, running her first race for Orangegrove.

As always, we are grateful to those who turned out to support us on what was a cold, blustery and, in the end, rainy night… Kathryn Morrow, Sharon McFarland, Sharon Dickenson, Jill Holland, Anne Devlin, Catherine Fearon, Kerris Hamilton, Lyndsey Pronger, Paul Tyro, Chris Woods, and anyone else who was there and did not reveal themselves.

Grateful thanks to NiRunning, John T Glover and others for the one or two photographs used in the gallery. 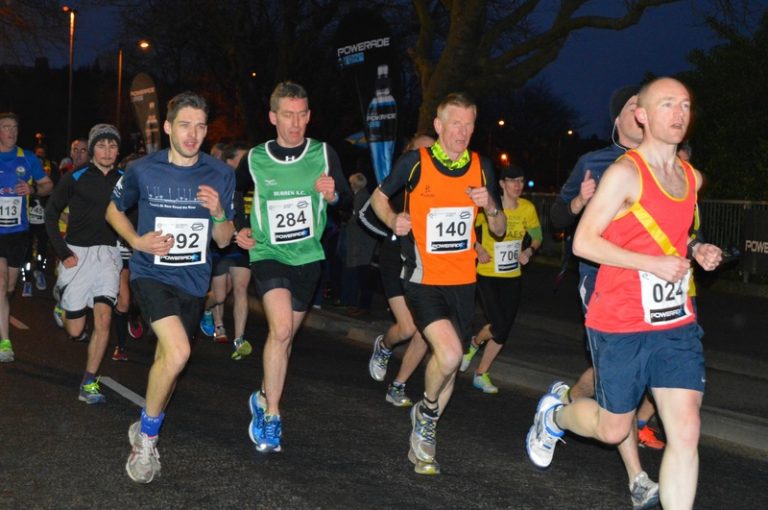 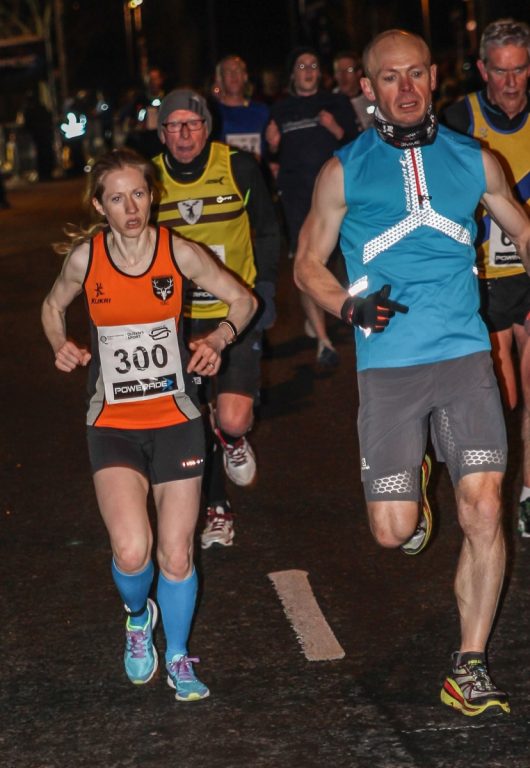 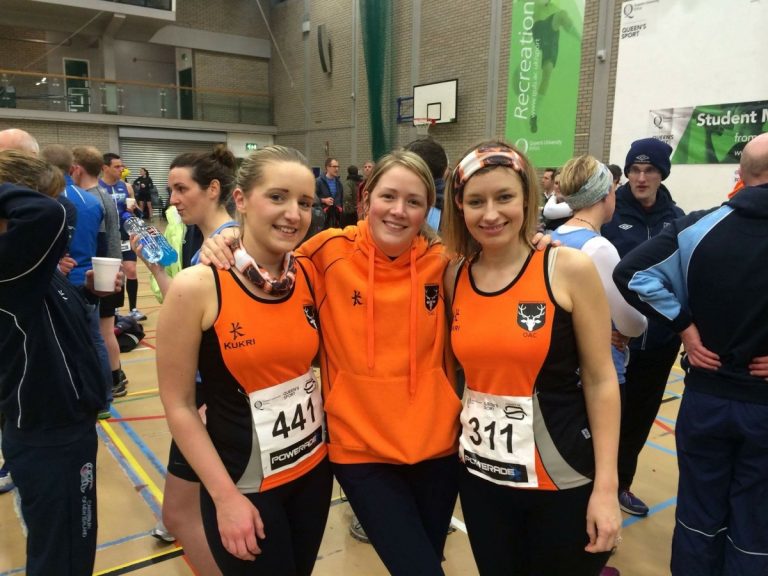